Ace up my sleeve: Coming out as asexual 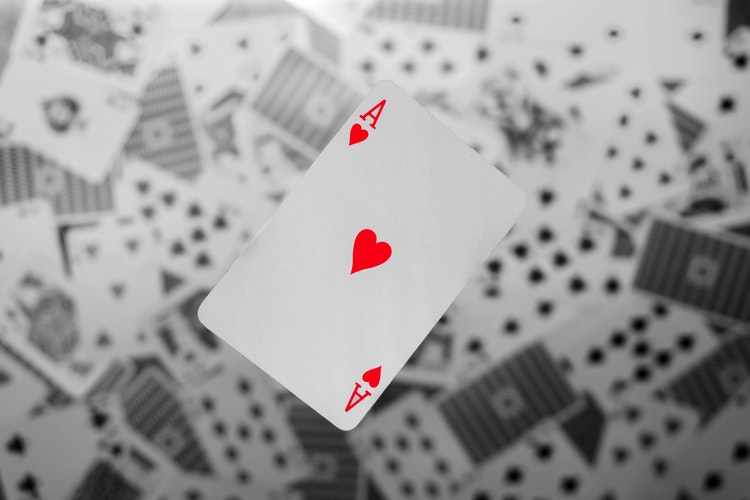 This is what I am thinking about, seven years into a happy straight-passing relationship with a cis-het man. It would be easy to continue in this relationship without coming out: just go on, not having sex, but not having to be seen as a sexual being by others because I am already ‘taken’. It is the perfect cover; what goes on inside our bedroom is no-one else’s business. But I’m uncomfortable when people assume I’m straight. I don’t feel straight.

I have always had a complicated relationship with my sexuality, but I’ve never been sure which letter on the LGBT spectrum fits. Until I started, very recently, to think about that A that is sometimes tacked onto the end.

I have always ‘performed’ my sexuality rather than inhabiting it. When I moved interstate at 12 and started at a new school, the first thing I did was decide which boy to ‘like’.

From then on, I was in love with him, writing poems and pining over him. My unrequited love was based on metrics rather than feeling, and it was definitively hopeless. I was pitching myself to my classmates as someone who could appreciate quality while remaining at a safe distance. Anyone could see that both of those sporty, popular boys were way out of the league of an overweight bookish girl like me.

I am not saying this was necessarily a sign of asexuality at an early age – lots of girls develop crushes on boys because of their popularity, and lots of girls pine for boys who would never go out with them. But it has made me think about my other schoolgirl crushes. They were either similarly popular boys that I barely knew, or awkward nerdy boys who I actually liked, because I was friends with them, not because of their looks.

I never had a boyfriend in high school, or even a kiss. I was frustrated at the time, being firmly in the ‘friend-zone’, but maybe – just maybe – there was some aspect of teenage sexuality that I wasn’t doing right.

Looking back, maybe I only wanted more than the friendship I had because that’s what I was supposed to want. I didn’t have a boyfriend for years after high school either, but with the introduction of alcohol, I found I could perform my sexuality much more effectively.

There were many one-night stands with men I met at pubs, men I impressed with my knowledge about sport and my ability to match them beer for beer, and who I never saw again. I had sex with them, but it was always going through the motions. I used sex as currency: it was the payment for the conversation, the belonging.

I kissed a few women, too, and that was always more exciting. But it scared me, and I always walked away before we had sex, and that is something I regret. Maybe, I later thought, I am a lesbian, and I didn’t give myself a chance to find out. But I have a genuine, strong romantic attachment to my male partner, so I don’t think so.

I have played around with the ‘B’ as well – am I bisexual? For a long time, I identified with bisexuality, but it didn’t sit right either. I’d sit on the tram, looking at everyone, trying to work out who I was attracted to. I found myself to be more interested in women than men, but as people, not as prospective sexual partners.

When people ask about my celebrity crushes, I think about who I want to talk to, about whose stories I want to know. And I can be interested in this way in anyone – so perhaps I am panromantic? But how does that fit in with friendship, and where is the line between a friendly attraction and a romantic one? Perhaps for me, romance and friendship are somewhere on the same spectrum, and the step from one to the other is something other than sex. Maybe that is my identity: panromantic asexual. I feel like it fits.

And now I am in a relationship with a man I love. I share my life with him, and we are very affectionate. We use pet names for each other and kiss and cuddle all the time: it’s essential for us. We used to have sex, at the start, and I enjoyed it. But we haven’t for years. We don’t feel the need to. We do talk about it, so I know he’s on the same page. I feel grateful to have found him. It has made me think a lot about what romantic love is. And this – this companionship – feels much more like love to me than all those other times when I was playing at love, at lust, at desire, at something I was supposed to want.

I have wondered if I am missing out on something. But where some people miss sex and flirting when they are in a relationship without much sex, I don’t. I love that I am seen as a person first, that people don’t ascribe ulterior motives to my affections and disaffections. I know that, right now, this is because I am in a relationship. But if I come out as asexual I will be able to have that all the time, independently of who I am with.

Is asexuality, then, an absence, a living without? I don’t think so. For me, it gives more than it takes away. It allows me to exist outside all the complications that sex can bring.

And now when I hear people talk about LGBTIQ rights, I always silently add the ‘A’ if they don’t, and feel like I have found my place. I’ve finally got a card I can play in the game, and it’s the Ace that, I now see, was hiding up my sleeve all along.

Gabrielle Ryan is a white writer and events manager from Melbourne. She has a PhD in Creative Writing, looking at whether the Gothic is still a transgressive mode of representation in Australian women’s historical fiction. She works at the Wheeler Centre as Events Manager.