Coming out in my Greek Orthodox family: Rejecting the sexless heterosexual 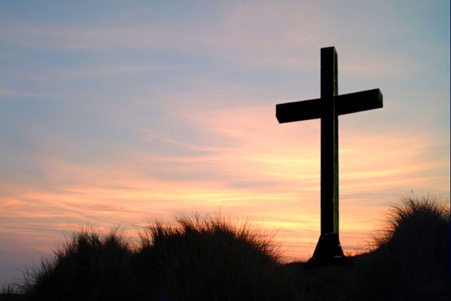 Television is America. America is sex. And sex, of course, is the biggest sin of them all. Those were the reasons my parents gave me for prohibiting the viewing of Sesame Street in our home. I was raised in the church by my ultra-Greek Orthodox parents, and I remember from a young age feeling at conflict with my parents’ religion.

The constraints of Greek Orthodoxy are rigid and the codes of behaviour assigned to me even more so. The expectation that was so forcefully attached to me upon my entrance into this world was the following: I should not only be heterosexual, but at the same time, sexless.

This ideal of the sexless female is central to Greek-ness, as religion and culture are one and the same.

But I was too curious, too rebellious, too intrigued by my body, to ever be that quiet heterosexual serving coffees for the men after church, dreaming of my own wedding someday. Even before I was aware of my homosexuality, I knew that I would cause trouble for my parents – and I wasn’t wrong.

My parents’ reactions to the sexual nature of the outside world instilled in me an unspoken understanding that sexuality in its totality was wrong. I recall the television being switched off at the slightest mention of sex, at the most chaste of kisses. I would be told in such moments that this was not ‘real life’.

But it was real to me. In denying the existence of sexuality in the world, my parents were able to shield my siblings and me from it – but they couldn’t shield us from ourselves. I was always aware of my sexual self. From a young age, I felt wrong and flawed and broken; not simply because I was gay, but because I felt desire at all.

Unsurprisingly, my sex education was a book, hurriedly slipped beneath my pillow to mark the arrival of my period at age 11. It was called Girls Talk. I had no idea what was happening to my body. Up until that point everything I knew about menstruation came from Are You There God? It’s Me, Margaret, and the hours I used to spend flipping through the family dictionary, trying to find whatever scraps of information I could.

It was terribly exciting to be presented, at last, with a book like Girls Talk. I picked it up eagerly.  “Don’t read page nine,” my mother said quickly, avoiding my gaze. Page nine involved an innocent act of demystification: examination of the vagina with a hand mirror.

The mere suggestion of the risk of self-exploration was enough to invoke a disproportionate response from my mother, and I reacted to it in defiance. The first thing I did was flick directly to the offending page.

That very evening I sat myself before a mirror, legs spread wide apart. I couldn’t quite understand my mother’s reaction or why my body should be feared. Despite the way I had been raised, I was never afraid of my body. Its secrecy and forbidden status only heightened my curiosity, if anything.

In the context of such negativity towards sexuality of any kind, coming out proved to be particularly challenging for me. Dating is something I would never have spoken of with my parents had I been straight. It is something my heterosexual siblings will never discuss with them.  As a lesbian however, I was put in the uncomfortable and undesirable position of having to have this conversation with them.

Coming out to my Greek Orthodox family was not simply a matter of saying “I am here, I am queer, take me or leave me”. It was also an admittance of the fact that I am a sexual being.

Well-meaning allies and friends constantly urged me to bite the bullet and live authentically by coming out. They didn’t realize that the gay factor was only half of the problem. The abhorrence and taboo of sexuality itself was a foreign concept to them.

My friends couldn’t understand that whilst their non-ethnic, non-religious parents told them, “No dating until you’re 16,” my parents – my ethnic parents who sent me to school with dolmades and moussaka and forbade me from sleepovers and strappy singlets – had told me that I could not date until I was married. In proclaiming that I was sexual, that I had a sexuality, I would be violating the very codes of conduct that I was raised with.

Despite this, I came out. It was becoming increasingly evident to my parents that I was leading a double life. I wrote them a letter. Doing so protected me from having to witness the impact of my declaration: Shame. Pain. The quick and inevitable flicker of hurt and disappointment in my parents’ eyes.

I paid the price for my boldness, and continue to pay the price for rejecting the role expected of me. My sexuality and my decision to date before marriage are considered by my family to be a disgrace. It is not spoken of, instead covered up by lies and secrecy and stigma.

For the purposes of family life, I am single. I travel interstate sometimes as my partner has moved for work. Whenever I go to visit there are various excuses fabricated for the benefit of extended family members.

The awful unending anxiety of it all still lingers. Although I am no longer hiding from those closest to me, not much else has changed.

I take comfort in knowing that even if I were straight, I would still be confronted with obstacles. I would have failed to meet my Greek parents’ expectations of me to live the sexless heterosexual lifestyle that they dreamt I would lead, never dating until I married a man. It might be tough to live in rejection of this, but I always knew it would be.

I am 22 years old. I am out. And yet I continue to pretend for my family. When my married cousins tell me I will one day find love, I smile and remain silent. When my mother asks me if my partner and I will be staying in the same home, the same bed, I respond gently.

Ismene is in her final year of a law and languages degree. She is yet to watch Sesame Street.