Archer Asks: Nic Holas, co-founder of The Institute of Many 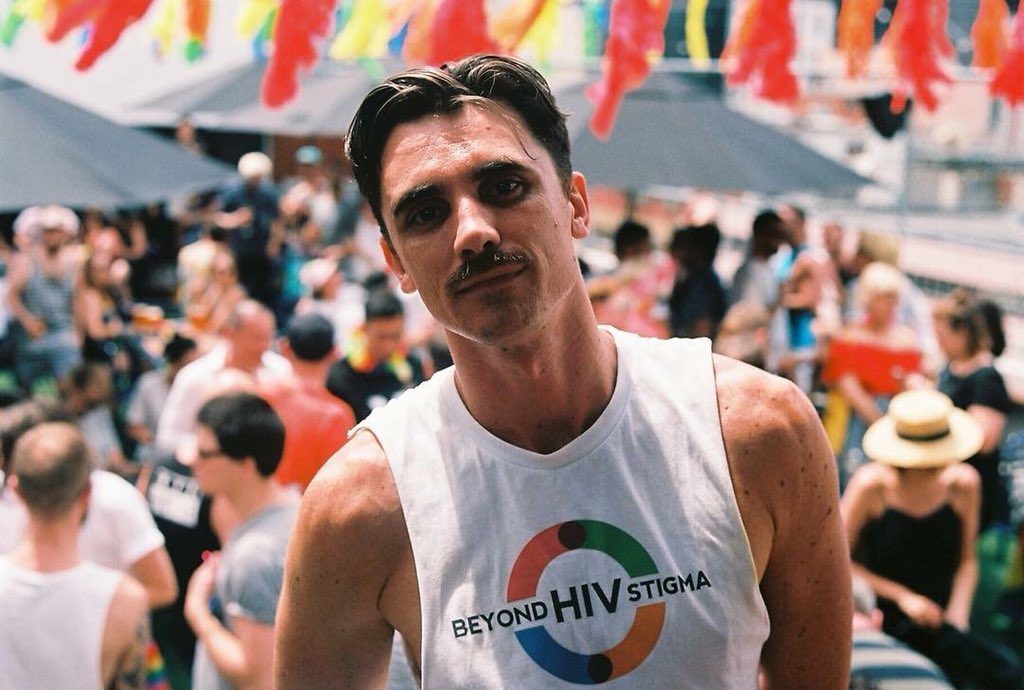 Nic Holas is a writer, activist and the co-founder of The Institute of Many (TIM), an advocacy platform and grassroots movement for People Living with HIV. TIM has the largest membership of any HIV organization in Australia. We chatted with Nic to talk about U=U, TIM’s latest campaign aiming to highlight the message that an undetectable viral load of HIV is untransmittable. You can watch the U=U videos here.

Hey Nic, thanks for chatting with us. Can you give us a bit of background about The Institute of Many?

TIM (The Institute of Many) has been around since very late 2012, a time where HIV had kind of fallen off the radar. It was before PreP was on the radar, it was before we had the data to show that an undetectable viral load meant zero risk of transmission, it was before Ending HIV, the national strategy, was launched and it was even before the AIDS conference happened in Melbourne. So HIV was a little bit in the background and because of that, there was a bit of a gap in services and support and just general awareness in the community. So we started TIM.

How did the U=U campaign come about?

U=U (undetectable = untransmittable) as a concept and international campaign is about 2 years old. The idea has gone around the world and has become such a massive thing from the US to Uganda to Thailand and beyond. In a way, Australia was all of a sudden a bit of a half step behind. So for us when Dynamix International approached us to do the campaign it was kind of a no-brainer.

What’s the significance of the In Bed with U=U videos?

When we think about HIV in Australia, the first thing that comes to mind for a lot of people is gay men, and in particular the representation is white cis gay men, even though there are trans men who are gay, queer people of colour, women and so many more who are all affected by HIV. It was really important that we needed to capture a series of voices that were diverse and that were HIV positive and also HIV affected so that we could try acknowledge the u=u message. Therefore, people living with HIV have greater confidence in the fact that they are untransmittable and also HIV negative people are accepting the message, taking it on and stop discriminating.

Was featuring both HIV positive and HIV negative people a deliberate choice to reduce stigma?

Absolutely. So there are 5 people in the campaign. 2 of them are HIV positive and 3 are HIV negative. The variety of lived experiences, stories, culture and communities is the foundation of what we’re trying to do, so it didn’t so much matter whether the person was HIV positive or negative. We intentionally found people that were HIV negative and not yet on PreP to be part of the campaign, because people need to see themselves reflected back in a campaign.

What else is TIM is working on?

U=U is our big campaign at the moment. But TIM operates a 24/7, 365 days digital drop in centre for a private online community. That’s a constant service and support that we offer to people to people living with HIV. There’s also been an increased rate of HIV criminalisation across the country – including most recently CJ Palmer, a trans woman in Western Australia who was jailed for six years. She’s currently being held in a men’s facility, which is extraordinary miscarriage of justice. HIV criminalisation doesn’t work and now we have this situation where a trans woman is being held in a men’s prison in solitary confinement because they have nowhere else to put her. There’s still a long way to go in terms of ending HIV criminalisation.

What’s the state of HIV criminalisation at the moment?

The majority of laws that implicate HIV positive people in criminalisation are throwback to the culture of fear and ignorance around HIV and AIDS during the AIDS epidemic era. For example, if someone inadvertently hands HIV onto a partner, they can be charged with grievous bodily harm, which is the same thing as chopping someone’s arm off. It’s a really severe charge for what should be built upon mutual responsibility of people taking care of themselves and others.

The other things to know is that there is a separate non-criminal avenue of dealing with potentially problematic cases where people weren’t taking care of their health and putting others at risk, which is through the Public Health Act. That’s what we advocate as a much better option than someone going to the police, because as soon as happens, every single person who’s HIV positive who is involved, whether they’re the legal victim or the legal criminal, become the victim.

What do you want people to know about people living with HIV today?

It’s a completely different scenario than it was 10 years ago, let alone 20 or 30 years ago. When people think of HIV they still think of AIDS. They think of the 1980s and 90s and the contemporary reality of HIV is that firstly, it isn’t just something that affects gay and bisexual men, it affects many people from diverse backgrounds. Secondly, those people whom it does affect live long and healthy lives and are not infectious.

Nic Holas has previously been published in Archer Magazine, which you can read here. Read more about what TIM does on their website.

Dani Leever is Archer’s online editorial assistant, and a Melbourne-based writer, film producer, PR maven, jewellery maker and unicorn. They have written for lip mag, VICE, Broadsheet and Blaire Magazine, and volunteered with SYN Radio and Cherchez La Femme. When they aren’t juggling three hundred jobs and four thousand internships, they listen to vinyl records and try to find a way to communicate with their cat, Alfie.