Staying Positive: Condoms, stigma and HIV advocacy in the age of PrEP 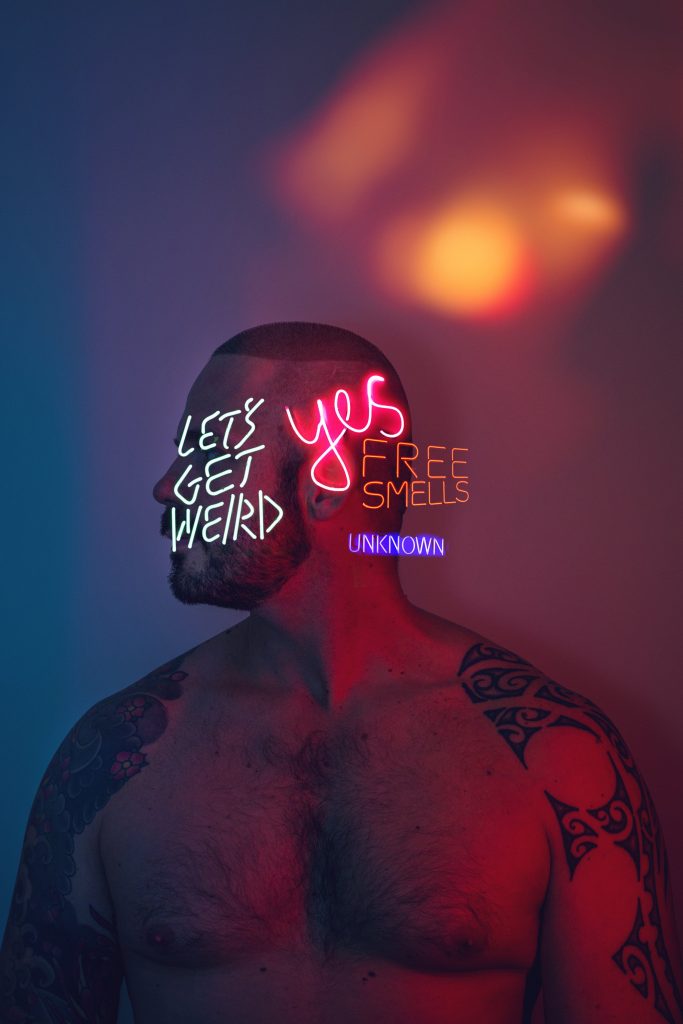 For 35 years, gay men have been told one thing: wear a condom. In my work as a journalist and broadcaster, I have specialised in covering gay men’s sexual health issues, and have always encouraged listeners to be responsible for their own health and wellbeing.

Now, new forms of protection that do not involve latex barriers are healing a community divided by decades of destruction. The paradigm shift over the last two years is so extraordinary that in 2017, HIV-negative men confidently have sex with HIV-positive men, without using condoms, and without fear of contracting HIV.

In fact, today in Australia, you are statistically more likely to get HIV from someone who professes to be negative, and who tested negative a few months earlier. In other words, these days, having sex with someone who is HIV-positive, on daily treatment and undetectable, is some of the safest casual sex you can have. 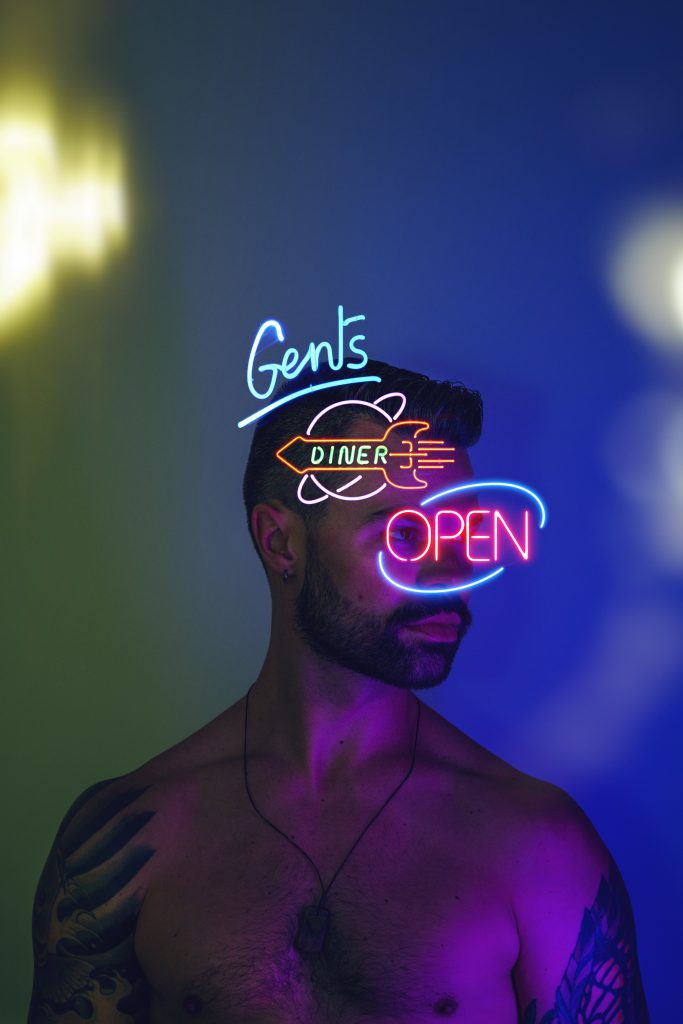 I was born in 1971 in Bendigo, 150km north of Melbourne. Both my grandfather and my great grandfather owned pubs in the area and, being the firstborn of a new generation, everyone in town knew who I was.

My first day of primary school remains etched in my memory as if it were yesterday – this day would define the next 13 years of my life in the state education system. I had only been at school a few hours when one of the kids called me a ‘poof’.

It may have been how my mother dressed me, but it’s more likely the way I spoke – with rounded vowels, proper enunciation and well-structured sentences – that triggered such insight from a classmate. Aged four years and nine months, such elocution could only mean one thing. A poof? What was a poof? I didn’t know the answer, but it was clear to me that it wasn’t a good thing.

Initially, the prospect of high school offered some hope but, unfortunately, it wasn’t to be. Since then, I have tried very hard to forget my years at Flora Hill Secondary College. In 1987, prime minister Bob Hawke promised no child in Australia would be living in poverty by 1990. The US president was Ronald Reagan, and the nightly news bulletin told of gay men and haemophiliacs dying of AIDS.

On Sunday, 5 April 1987, the now infamous ‘grim reaper’ advert went to air on every Australian television station. Originally scheduled to run for 12 weeks, the ad was pulled after just nine, having scared the fuck out of an entire nation.

It cost $300,000 to make, possibly saved thousands of lives, and also horrendously demonised gay men at a time when the community was at its most vulnerable. To this day, we continue to count the cost of the stigma and discrimination fuelled by that campaign.

I sucked my first cock at five and had fuck buddies all the way through primary and secondary school. As far as I was concerned, I wasn’t gay, I was just having fun with mates. When a friend told me the graffiti in a certain toilet block was particularly pornographic, I summoned up the courage to check it out on the way home from school. It was a classic, blonde brick footy-oval toilet block, with two cubicles behind full-length doors and no roof over the urinal, which accommodated four men shoulder-to-shoulder.

The cubicle adjacent to the urinal had a perfectly positioned, perfectly angled peephole that revealed a guy’s crotch, no matter how tall they were. The dividing wall between cubicles was solid brick, but that hadn’t deterred locals from carving out a glory hole large enough to allow the thickest of cocks.

Hours and hours of my teenage years were spent peering through that tiny hole amid the smell of stale urine, and I tossed off again and again and again. It really is quite amazing how many times a teenage boy can blow in a day.

It wasn’t until i moved to Melbourne to study at university and fell in love for the first time that I identified as gay. He was two years older than me, a Greek boy from a working-class background. We first met at a beat in Mentone, in Melbourne’s south-east. His street-smart, rough-trade persona was formed during his years as a sex worker on St Kilda’s Shakespeare Grove.

I fell head over heels the minute I saw those skin-tight, acid-wash jeans walking towards me and, more specifically, the huge bulge that lay beneath. Tradition dictates you are given a key at 21 years of age. For me, that key was realising that my lifelong penchant for cock meant I was gay. This key opened a whole new world of understanding, belonging and community, and a defined sense of self.

At 21, I worked behind the bar at 3 Faces on Commercial Road, Melbourne’s now-defunct gay strip. I couldn’t have asked for a more immersive introduction to the gay scene.

In its day, during the 1990s, 3 Faces was like no other club on the planet. The venue would be packed solid six nights a week, the bar lined end-to-end with punters. The bar staff were so busy we moved like a flock of sparrows, twisting and turning in unison to avoid getting in each other’s way.

After a couple of years working on the scene, I had a bright idea and made a pitch to the owner to run and promote my own monthly guys-only event. With keyring membership tags and a different theme each time, ‘Boys Night Out’ was groundbreaking: it would be the first time a Melbourne venue operated a dark-room play space post-HIV and AIDS.

With buckets of condoms on hand, the room was formed from huge rolls of black industrial plastic. I would spend hours up a ladder, stapling plastic to the plasterboard roof and walls.

Occasionally, someone would get disorientated in the dark and reach for the wall to regain their balance, only to discover that plastic walls fall with you. When darkness snapped to light, 50 or more queens would be revealed in compromising positions, squealing, with their pants around their ankles.

My best friend Scottie worked the downstairs bar for me on the opening night of ‘Boys Night Out’. It had been a huge night, and Scottie knocked off first at 2am. I gave him a hug and he congratulated me on the night’s success.

I hit the sack around 5am, and was awoken that afternoon by my phone ringing incessantly. It was the bar manager, telling me Scottie had been found dead at the wheel of his VW beetle in his tiny garage, the roller door closed behind and the engine still running.

Scottie had killed himself and none of us could provide any explanation to his grief-stricken mother. Over the next two years, six of my friends would take their own lives, many because they had received an HIV-positive diagnosis.

It recently dawned on me just how much gay men of my generation have had their sexuality shackled by something largely out of their control. For the first 30 years of the epidemic, the only tool we had against HIV was condoms. Every sexual encounter came with the knowledge that a thin film of latex was your only option for staying safe.

In retrospect, it seems ridiculous to place so much faith, indeed one’s life, in a product worth a few cents and only around 70% effective for gay men, according to a 2013 study by the Centers for Disease Control and Prevention.

The result was a fracturing of the gay community. Divisions between those who were positive and those who were negative grew deeper. Friends or acquaintances would suddenly disappear, then show up again months later and you just knew. It showed in their face, their thin body, their paper-thin skin.

As the stigma and discrimination grew more insidious and more profound, guys became paranoid about having sex with anyone positive, regardless of how protected they were. Even today, positive guys are a no-go zone for many HIV-negative men.

I was never really like that. At one point in my life, I didn’t have one friend who I hadn’t fucked, and most of my friends were HIV positive. I’ve had positive boyfriends, positive lovers and friends. In my mind, we were all in this together, and creating divisions between those who were positive and those who were negative did more harm than good.

In my early 30s, I had three fuck buddies on regular rotation, sometimes separately and sometimes together. We were having so much sex that the idea of using condoms had become redundant.

After a few months I discovered all three fuck-buddies had received an HIV-positive diagnosis. Inexplicably, I remained negative. I’m fucked if I know how, but I managed to remain HIV
negative for 43 years.

The impact of my diagnosis three years ago hit hard. As someone who had devoted a decade to encouraging gay men to take responsibility for their own health and wellbeing, I knew more about the risks than most. But I never professed to be perfect, and, clearly, I am not.

My internalised stigma meant that, for the first time, I felt a disconnect with my on-air work. Like a closeted gay man, I began to double-think everything I discussed on radio so I didn’t slip up. My audience may not have known the difference, but in my gut, I felt inauthentic.

Ironically, had it been six months later, I would have been a prime candidate for the Australian trials of pre-exposure prophylaxis, or PrEP. PrEP is a medication that protects HIV-negative people from the virus. I missed it by that much.

I have always been very diligent when it comes to getting tested regularly, so my diagnosis came shortly after my exposure to the virus. Sadly, according to data from the Kirby Institute, in Australia nearly 30% of new diagnoses each year are latent, meaning patients may have been unknowingly living with HIV for four or five years before diagnosis.

This is why it is so important to get tested regularly. For gay men, this means every three months, minimum.

Like me, most HIV-positive people nowadays take a daily pill known as Treatment as Prevention, or TasP, to help look after themselves and the general population.

By taking their daily pill, HIV-positive people become the primary public health initiative for protecting the wider community. They should be praised for being a massive part of the solution to ending HIV.

But it’s not easy. When you take that very first pill, you know you must continue to have that pill every single day for the rest of your life. When I was diagnosed, it took me many months and a lot of counselling before I could swallow that pill. That’s how fucked-up internalised stigma can be.

According to data released by the International Association of Providers of AIDS Care in 2017, in the Australian state of Victoria over 90% of people diagnosed as HIV positive are on treatment, and 94% of them have reached undetectable status.

If everyone knew this, surely the stigma directed at HIV-positive people would rapidly diminish. When homosexuality was decriminalised across Australia, gay men celebrated like there was no tomorrow. When the AIDS crisis hit, it suddenly felt like there would be no tomorrow.

These days, PrEP and TasP are dramatically influencing the lives of gay men in Australia. Unravelling more than 30 years of conditioning isn’t going to happen overnight but, slowly, gay men are reconnecting without fear, and our community is changing.

I’m hopeful we will soon celebrate the end of HIV. Perhaps then we can all get back to the party.

Dean Beck is a multi-award-winning journalist, broadcaster and commentator who specialises in gay men’s sexual health. A prominent member of Melbourne’s LGBTI Community, he is an HIV advocate, activist and agitator dedicated to improving the lives of people living with and affected by HIV.