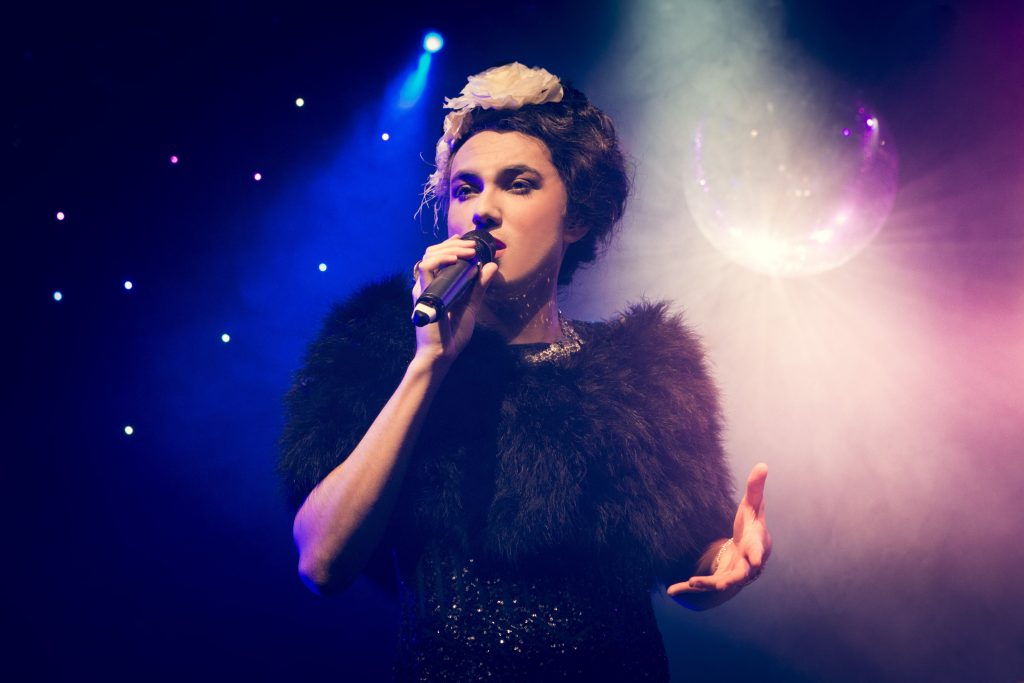 Mama Alto is a gender transcendent diva, cabaret artiste, and community activist. She is a non-binary trans femme person of colour who works with the radical potential of storytelling, strength in softness & power in vulnerability. Bobuq Sayed sat down with them at Hares and Hyenas to talk queerness in the arts and the challenges of working in community.

Bobuq: Your brand of activism is quite unique, because you use your concerts and your art as a platform for educating people on the personal and political realities of intersectionality. Run me through how you do that.

Mama: It’s clear throughout human history that the arts has always had an important role as an agent of social change.

The personal is political and we can’t afford to be apolitical as human beings in our societies. Artist identities and the issues we’re passionate about and the problems we see in society are things that can be addressed in our art, and it might be irresponsible not to do so.

As marginalised people across many different intersections, we must use whatever gifts or advantages we might have to be heard in social structures. Something about art opens people up. It opens up your soul and helps you recognise humanity in others.

Bobuq: In a way, the stage becomes your pulpit

Mama: It’s funny that you mention pulpit, because some people have compared my performances to a church, in a positive and a negative sense. I always joke that there’s something religious about my performances because I lock people in a room, take their money, lecture them and shriek songs at them.

Bobuq: And somewhere in there is a transformative experience (laughs). You were a key advocate in the Marriage Equality campaign, but how did the media scrutiny affect you?

Mama: I experienced a lot more criticism from both sides of politics than I thought I would. From the right, I was getting predictably fire and brimstone resistance to what was seen as the gay agenda, but there was also so much hate from people on the left who believe, perhaps rightly so, that marriage is an assimilative, oppressive and problematic institution.

Conversely, at a Marriage Equality rally that ten thousand people showed up to, I said loud and clear over the mic that, “I hope when you get gay marriage, you’ll still show up for Aboriginal rallies, for trans rallies,” and more, and they almost booed me off the stage.

But also, there’s this terrible lateral violence in our communities, where people refuse to believe people can care about more than one issue at once. By saying I was fighting for marriage equality, some people automatically assumed I was against fighting for trans or intersex rights.

And on the other side, there was such a lack of nuance, intersectionality, colour, transness, disability and a total denial of class systems, which is all the ongoing history of this country.

Bobuq: You were in a show last year at the Malthouse called ‘The Homosexuals’ that was a satire of the queer community. What was that experience like?

Mama: It was a farce designed around call out culture and the gaytriarchy. It looked at how toxic call out culture goes beyond having intentions of transforming community for the good and is more concerned with establishing power and abusing power. But also how the “upper echelon” of white gay male society enacts the same kind of oppression that straight white patriarchy enacts but within our own community, against the L, B , T, I, and A.

It was the first time I’d ever played a character that directly aligned with my own identity. So many times, I’ve played cisgender women or black American women, because in the white psyche there’s an interchangeability of the coloured body.

For me it was such a powerful experience because I was brown, trans femme but non-binary, and an activist all at the same time. That shouldn’t be powerful but it was. White and cis performers have the freedom of normalcy and visibility that the rest of us don’t have.

Bobuq: Can you speak to the psychic toll of performance and the appetite for suffering and pain that audiences develop with marginalised performers?

In terms of the psychological and physical toll, it’s so real. When I perform at my best, I rip open my rib cage and let all my emotions pour out into the story and the song. The audience can feel and respond to that in many different layers as they see fit. The challenge is learning how to pack it all away and stitch yourself back up and tend to your wounds, so that you don’t die, literally and figuratively.

When I’m up there on the stage, I feel that what I’m doing has value. People see themselves in that. It might comfort or empower them or it might confront them to examine their prejudices and privileges.

Bobuq: Sex and sexuality are often erased from the narratives of trans people. How do you think this lends itself to false assumptions projected onto people like us?

Mama: The dominant representation of trans feminine sexualities is the “trick” or the “trap,” and that originated in heterosexual cis contexts. But that same stereotype increasingly applies in gay circles, where trans and non-binary people are seen as tricking or trapping gay sexual partners. It’s really problematic.

There are as many gender identities and gender presentations as there are human beings on the planet. But to many people, throwing in alternative identities to the binary creates an error code. Trans femme sexualities are constantly seen as not being enough.

Trans feminine people, whether women or genderqueer, are never “woman enough” for a straight man. But we’re also not “man enough” for gay men. That’s why we’ve become seen as a trick or a trap, instead of being seen as more than enough of whatever we actually are. 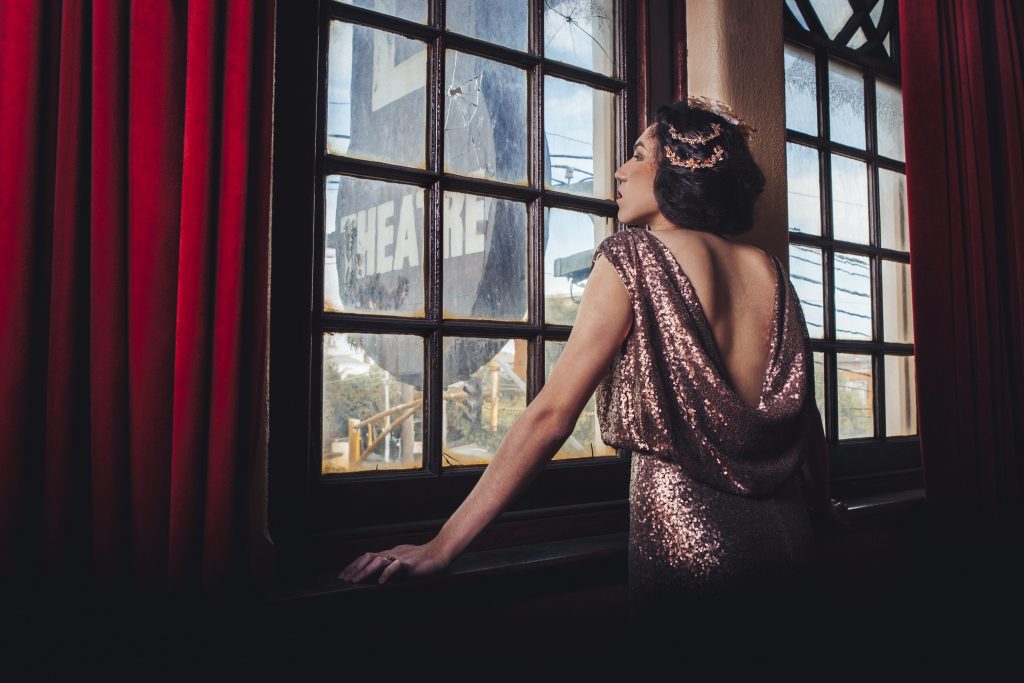 Bobuq: In community, we see there is often greater openness to trans masculinity and trans men by historically lesbian women than there is with gay men, who typically view trans femininity as undesirable. Do you think there’s a level of misogyny at work there?

Mama: It’s the kind of misogyny of gay men who are proud to be gold star gays, to have never touched a vagina, proud to have never slept with a woman, and talk at great length about their disgust for women. It’s worn as a badge of honour, even in drag circles. It’s all the same misogyny, just packaged differently.

There is a dogmatic brain washing in current western society of binary thinking, this idea that everything happens in oppositional dualisms, of one or the other. You’re not enough of this or enough of that. It eliminates any idea of nuance, and it eliminates queerness and transness, which lives in those interstitial spaces. We need to open up those third spaces where some of us live, which is a constant negotiation of the binaries surrounding us.

It also has something to do with capitalism, because if you’re categorisable then you’re commodifiable and consumable. The white cis gaytriarchy have created this economy of bodies, of whose body is most worthy of all, and in that economy, brown trans femmes can be found somewhere at the bottom. I should be more careful with that word because it’ll be taken out of context (laughs).

Bobuq: It makes it doubly hard to be a trans femme artist of colour who is at once marginalised by the same people who will then go on to fetishise.

Mama: Exactly. You never know how much of your value is intrinsic to who you are and what you’re doing, and how much of it has to do with the tokenism and fetishisation you are satisfying for people.

It leads people to say you’re not useful as an artist or an activist, that you only have a platform because you’re a token and you’re fulfilling your quota. That can lead to a lot of doubt and second guessing, from yourself and from others, and that’s very dangerous.

Mama Alto is appearing in or headlining the following performances:

Bobuq Sayed is a writer, multi-media artist and community organiser of the Afghan diaspora. They co-edit Archer Magazine and they are the co-founder of the QTPOC activist collective, Colour Tongues.