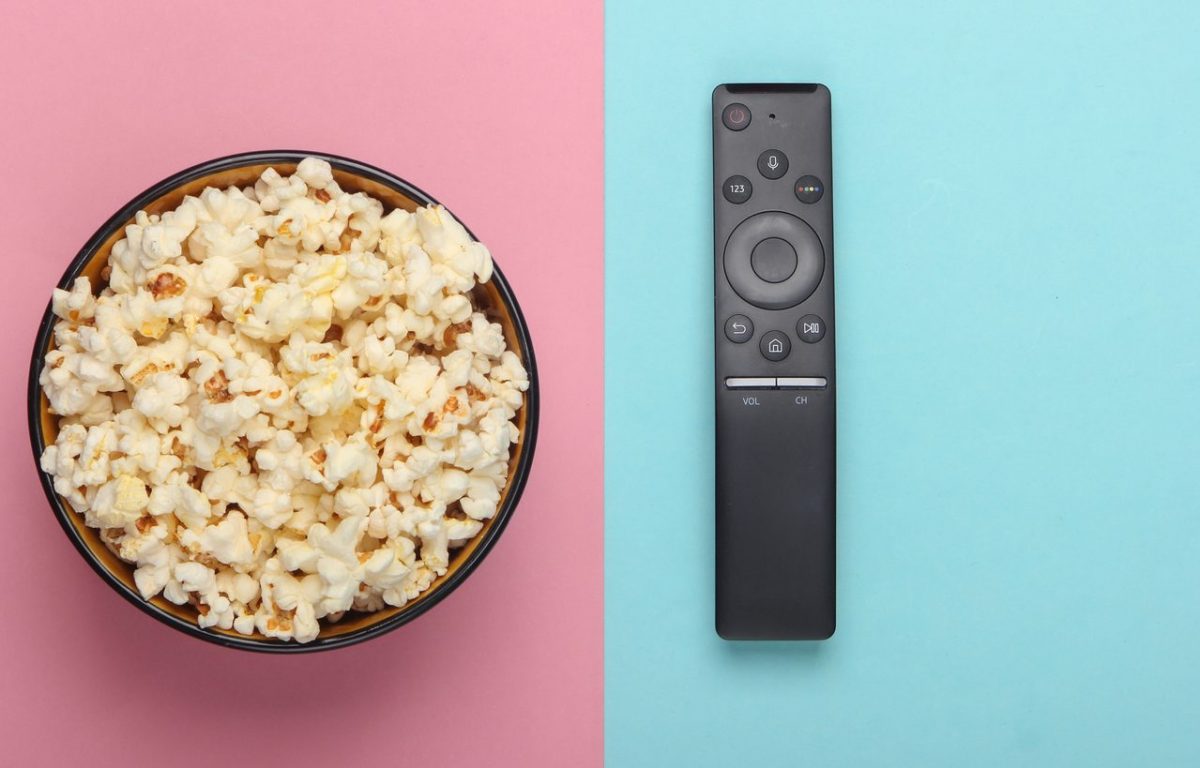 Welcome to my weekly review of Season 2 of The L Word Generation Q. Each week, I’ll go over the characters’ narrative arcs and pick out sections that suit my agenda. I’m not sorry to say that these will all be thinly veiled pro-communist rants. You can read my thoughts on Season 1 and its central plot points, and my recaps of all the other episodes in the season to date if you need refreshers.

We made it to the season finale.

It’s been a wild ride of U-Hauling and underpaying workers. Questionable therapeutic practices and glamourised gambling.

I guess we’re still desperate to see ourselves on screen even when it bears no resemblance to reality.

The episode opens with an intervention for Finley.

Speaking of that movie, weren’t you at the Coburg drive-in screening? I think I saw you there with your rescue greyhound.

Anyway, Finley’s intervention takes place in her lounge room with Micah, Shane, Tess, Alice, and of course, Sophie. Where were all of these people when Sophie was calling the cops?

The intervention is terribly handled, and I’m again left wondering whether Micah is really a therapist? Because damn, he needs a career change.

Everyone tells Finley that they love her, and then they start telling her about some fancy ‘place’. Micah eventually blurts out “It’s a rehab.” Alice is going to pay for it.

I wonder, if Alice can afford this, why doesn’t she pay her staff a living wage? It sure does make life easier when you aren’t in poverty.

Later, Sophie smells alcohol on Finley’s breath in the middle of the day, so she leaves for her mother’s place.

We then have the obligatory ‘gay person partying too hard at a club’ scene. Usually, this would involve a dungeon and someone dressed comically in “kink” wear.

The lack of dungeon scenes in this series is a real tragedy.

After this partying, Finley realises she needs to go to rehab. She turns up at Sophie’s mum’s place, which is a pretty weird move to be honest. Sophie drives her to the resort – I mean, rehab.

Finley’s standing out front deciding whether to go in, and she looks back at Sophie who’s looking at her like a puppy.

I’m serious; Sophie literally looks like a puppy. One with her little paws on the window and a “Pick me!” face.

If you recall, I predicted that the series would end with Finley walking into AA. I was close in that prediction, though I forgot that this show has such a warped perspective on class that Finley is instead walking into a resort.

If they really wanted to show how queers deal with alcohol and other drugs, the writers would have Finley walking into a queer support group. Alas, instead of paying all her workers a living wage, Alice sends one person to an extremely expensive and financially exclusive rehab facility.

As Finley teeters on the edge of walking into the rehab with the puppy looking on, the scene cuts away to – no lie – a scene in which Dani and Gigi “Cheers!” with shots of clear alcohol.

Was that deliberate? Or are the writers so out of touch that they didn’t even notice that jarring transition?

Dani and Gigi are being couple-y over the course of the whole episode, though Gigi’s quite controlling. Honestly, the more we see of her, the worse she seems to become.

The central story this week is that Dani is going to have to take the stand to defend her father. She’s sitting in the courtroom, listening as a lawyer exposes how the drugs from her father’s company are super addictive and have resulted in the death of half a million people.

The allegation is that her father knew they were really addictive but buried the evidence. Dani starts to panic and leaves.

Outside the courtroom, Gigi tries to calm Dani down. The lawyer comes out, demanding that Dani take the stand, but Gigi yells at her and takes Dani away.

The dynamic between them is very dramatic.

Later, Dani tells her father that she won’t take the stand for him. She then goes to meet Gigi’s family at a big gathering. Everyone is so nice to her, which unfortunately stands in contrast to the families of most queers I know. But hey, maybe some people’s bio families are nice.

At the dinner, the police show up and arrest Dani for “criminal contempt of court”.

Is that even a thing? I did a quick Wikipedia search and, having conducted this extensive research, I believe it’s just called ‘contempt of court’.

Firstly, how did the police find Dani?

And most importantly, I want to suggest something: the reason Dani doesn’t want to take the stand is because she’s a spin doctor.

Her actual job is to make the drugs that her dad’s company sells ‘sellable’. Her job is basically to bury evidence of opioids being addictive! When laying blame for the opioid crisis on someone, I reckon PR people are pretty much number one.

Dani doesn’t want to take the stand because she knows that she’s to blame. And, if she takes the stand, she either has to sell out her father or admit her own blame in the death of half a million people.

I think doing PR for an opioid company has to be one of the worst jobs I’ve ever heard of. It’s in line with being a cop, or working for a coal company.

On to Tess and Shane, who were just too much this episode.

Cast your mind back to the original L Word. Remember that much maligned plotline where Shane and Jenny were dating? Remember when Jenny used to call Shane “monkey”?

Well, that horror show doesn’t even compare to Shane and Tess.

At one point they’re getting it on, and Tess interrupts their fuck sesh to say that they need to talk about Finley. They keep smashing, and Shane says, “Are you going to make me fire her?”

Because, after Finley has refused to go to rehab, they’ve decided that keeping Finley employed will apparently enable her drinking(?!).

They’re deadset talking about firing someone while fucking. Is this what bosses froth over?

Next there’s some kind of poorly engineered plotline that involves Tess having to move to Las Vegas be closer to her mother. She asks Shane to move with her.

But, er… Shane owns a bar in Los Angeles? Honestly, who works at this damn bar?

Which reminds me: whatever happened to those horrible poker nights?

Anyway, Shane tells Tess that she loves her. They’re both sad, and they don’t know what to do.

Look. I just Googled “Los Angeles to Las Vegas”, and it’s only a four-hour drive.* Do these writers know anything about lesbians? For straight people, that’s the equivalent to living the next suburb over.

If the writers want to do it right, they should at least make Tess move to another country. That would make for way more lesbian yearning montages.

Carrie calls off her wedding with Tina. Pippa calls off her relationship with Bette (though not before we see Pippa in some incredible flannel).

It’s a tired storyline to be honest. That said, there was an unusual moment in which Bette and Pippa were fighting and both paused to apply lip gloss.

Not to kink shame, but what was that?

Their final scene is Bette getting dressed to go to some opening – I didn’t catch what it was, the writing is loose – and when she opens the door to leave, Tina is there.

After over 15 years of enduring TiBette’s bullshit, I can solidly say:

Oh, and lastly, Alice has some poorly contrived story about a bad review.

It comes nowhere near to rivalling the plotline of yesteryear involving Jenny’s poor review and the dog-euthanasia-vagina-wig debacle.

The episode ends with her finding a ring in Tom’s pocket.

And that, my queers, is about it.

I feel somewhat empty inside. Like I did at the end of that season of the original L Word which ended with Shane leaving Carmen at the alter and Helena Peabody’s mother cutting her off.

If nothing else, let’s hope that next season we get one person who truly depicts queer life.

Or at least some reassurance that Shane’s dog is ok.

*After submitting this to my editor, I read Xena Worrier Princess’s review of this week’s episode and am happy to report that she, too, Googled the distance between LA and Las Vegas. Great gays think alike.