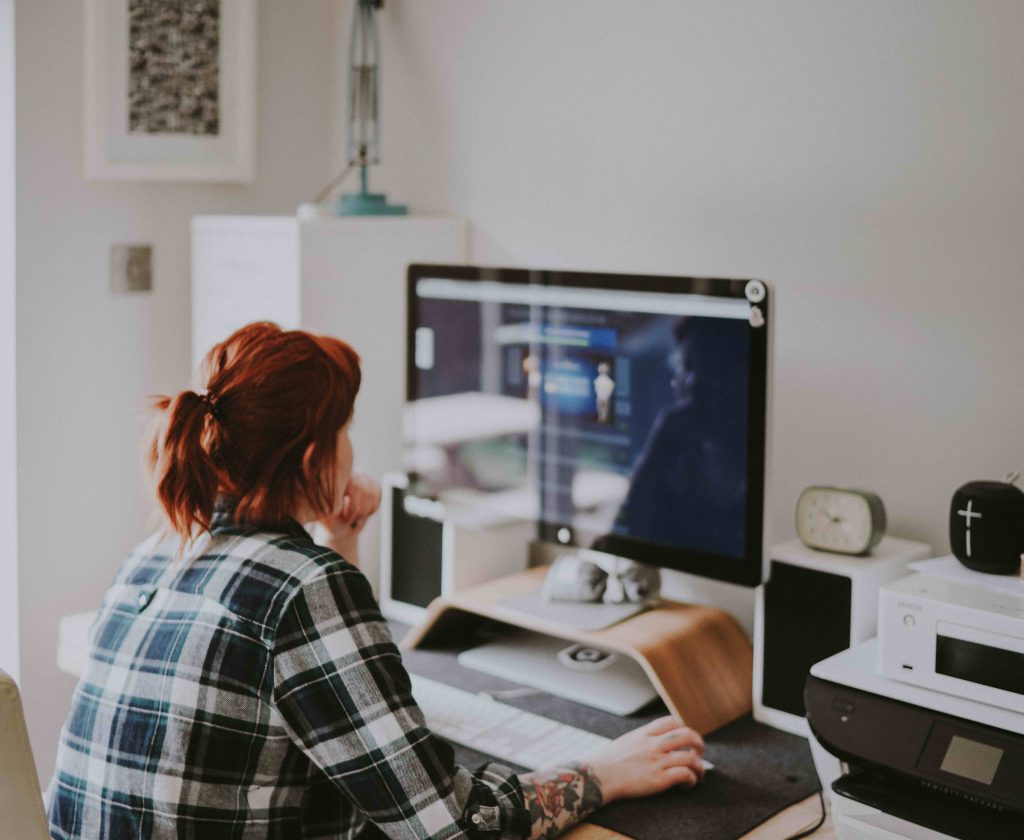 This article contains spoilers for The L Word: Generation Q. It is recommended that you watch before reading.

Okay, I have so much to say about the reboot. But, to be honest, I had to look up what everyone’s names were for this review. I was just so bored. Here goes:

The group of us who diligently gathered with homemade snacks was screaming.

And oh boy, did it go downhill from there.

Obviously, we were all nervous about the show, wondering what fresh horrors they would put us through. What I never contemplated was just how boring it could be.

Pretty much every plot line was about marriage or a marriage-like relationship. We really should have had a drinking game for marriage; we would have been shit-faced each episode.

The new characters’ acting was just atrocious. So overdone and unbelievable. But look, we made it through Jenny’s bad acting, so we can make it through anything.

Let’s see, Micah. This person could have actually been interesting. However, the main storyline he got was a romance, wrapped up in his gender. And when that romance wasn’t going well, he “acted out” by having a casual hook up on Grindr.

What in the fuck homophobic conservative bullshit was that? I am in a fucking rage about it.

Dani and Sophie had such a tedious plot line.

You know, this could have been an interesting conversation about class, for once on this damn show, but what was it about? Marriage. And they make the queer working-class person of colour so damn needy it was painful to watch, when in reality her character seemed like she could have been interesting.

Their relationship was so not believable, particularly for any of us who are working class and have tried to date a rich person. Those conflicts they had, they come much, much earlier and the divide between you surfaces pretty much from the outset. Also, Dani gets worst actor award.

Honestly, I almost just started writing about Work in Progress instead. I’m not quite sure about that last episode though, I need to digest more. So okay, I’ll stick with The L Word.

Finley was a confusing character. Was she meant to be a baby dyke? There could have been some interesting commentary on drinking in queer communities but instead it became about her being “broken” and not able to hold a monogamous relationship. Lawd, her character in Easy was so much better.

Tess was the best character, but she was even better on Sense8; in fact, I wish this was a spin off show about Nomi and Amanita from Sense8.

Another spin off I’d watch the shit out of would be Angie and Jordi, theirs was the best plot line. We didn’t get much of Jordi, but Angie’s character was the best in my opinion.

I think that’s all the new characters? Honestly, I can’t remember and likely fell asleep.

So, Bette, Shane and Alice. Where to even begin.

You know, I thought nothing could get worse than Bette at the LGBT homeless shelter hugging people. But then we endured that plot line with Shane and Qiara that was so on the nose I actually yelled out in anger.

A femme woman of colour coerces someone white and masc into having a baby with her? Are you fucking kidding me?

Not only are we now stuck with nonstop marriage plots on queer TV, we are also stuck with vile misogynist tropes of coercive women manipulating and controlling their partners through their wombs and racist tropes of white people being duped by people of colour. What in the ever loving fuck was that shit show?

Also, Shane, the only remaining working-class person from the original show, is now just extremely rich? Fuck off in your private jet.

And, yet, perhaps that wasn’t even the worst of it. This may have been superseded by that plot line with Alice and her girlfriend and Gigi.

Honestly, we couldn’t remember the girlfriend’s name so we called her The Drip. And I feel complicated about it, because the show historically made mothers—aka Tina—really boring and dowdy.

I want to be critical of our nickname but, on the other hand, she is the most flaccid actor, and she and Alice actually have zero chemistry on screen, and she is only there because she is married to Tig Notaro.

Though, to be fair, pretty much all the other sex scenes were like ten seconds long and, as per usual with lesbian representation, often involved giggling. Ugh.

Anyway, back to Alice and what’s her name (The Drip).

That scene with Roxane Gay.

I don’t even know if I’m ready to write about it. Like, okay firstly, cringe. Absolute cringe. I’m going to grit my teeth and explain it.

Alice was interviewing Roxane Gay and then she cuts off Roxane Gay and starts talking about her own relationship troubles and saying she wishes she was never in a thruple. Alice asks if this makes her a “bad queer” and that she misses her girlfriend.

Then, from the audience, The Drip says, “I’m here” and then walks up on stage and proposes and says she loves how Alice is with the kids and wants to be a bad queer because she only wants to be with her.

The scene completely becomes about these two white ladies, and Roxane Gay just sits there awkwardly.

That was worse than the hetero Christmas movies we got addicted to over the break.

This idea is so dangerous. It implies that people with radical positions in queer communities are fascists. In fact, recently someone called us as much in the Murdoch press.

Obviously, this is offensive on many levels. In the context of The L Word Gen Q, it is troubling because we see an incredibly wealthy white cis woman justifying her position vis-a-vis radical queer people. Her wanting to have a monogamous relationship, while bullshit in the narrative arc of Alice, is not a problem.

There are no queers with real structural power forcing people into non-monogamy. Like simmer yourself down.

What makes Alice a bad queer is sitting on her piles of fucking money, in that obscene house, with her rubbish talk show, while Finley, one of her employees, has to work a second job to apparently live for free at Shane’s mansion.

So clearly, Alice isn’t even paying her. Now, in this hellish place, that behaviour is acceptable because apparently radical queers, who I’m sure Alice is hanging out with all the time alongside Bette at the fucking queer shelter, are to blame for Alice’s behaviour.

It’s not only infuriating for those of us fighting with all our might, but in the broader sense, for the way it allows her to maintain her position of whiteness, power and comfort and to justify it through her sexuality.

Indeed, what those of us critical of gay marriage were saying all along: do what you want with your life, but the gay marriage campaign is a conservative agenda that will solidify the privileges of some and likely allow those with wealth to retreat behind their picket fences, or in this case, their gated communities where they can’t even cook an egg. Also, look up factory farms, Alice, you fuckhead (our L Word group chat was changed to “fuck burnt eggs”).

Gen Q tried to broaden its representation. And as many of the reviews I’ve read have pointed out, it failed in a heap of ways.

But one of its real horrors was its representation (or lack thereof) of class issues. This is no different to the original, but now that class privilege is justified through the marginal people in our communities. And we are meant to cheer for it, as Finley does in the final episode.

Also, speaking of Finley, that ending scene with Sophie and Dani, where we don’t know who Sophie is going to choose, had us moaning in agony; no one cares who she chooses because their characters had no depth.

I wish they would give Sophie some more plot lines that weren’t who she was into sexually. Another spinoff should be her and Micah’s friendship. Where are the queer friendships and community in this show?

So, overall, the show stayed just as troubling as the original and, on top of that, it was boring. To have a sense of just how bored we were, the only two times we were excited were:

Honestly, can we go back to the manatees?