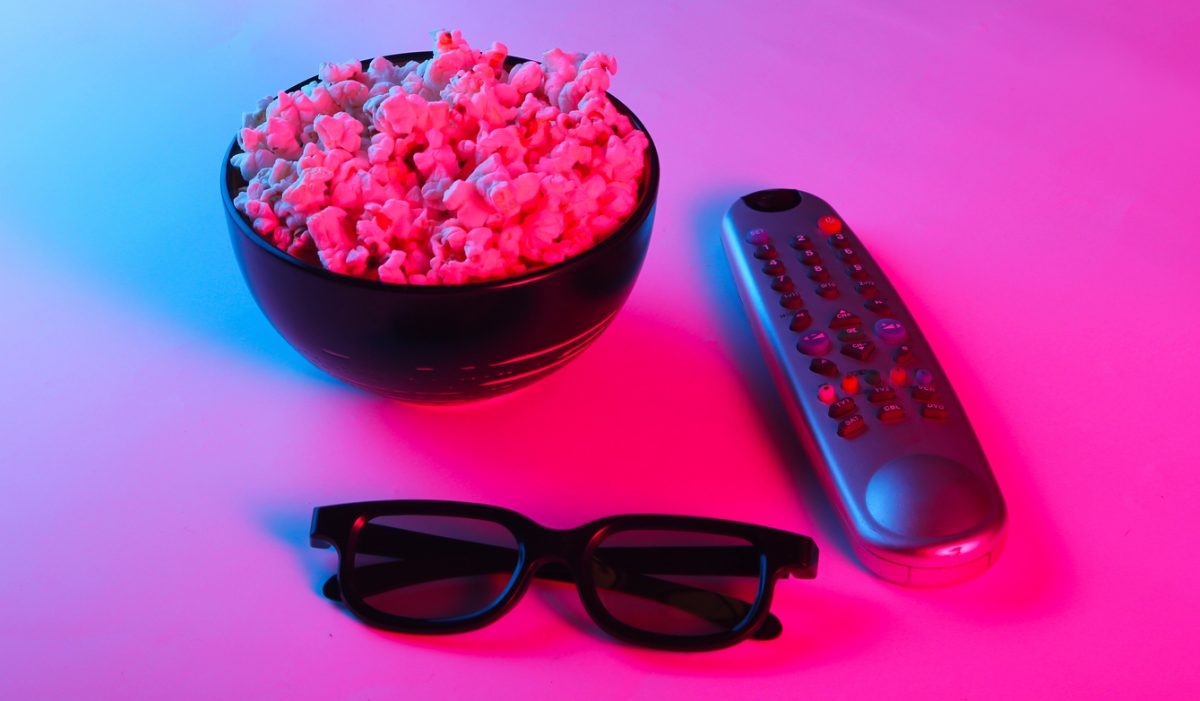 Welcome to my weekly review of Season 2 of The L Word Generation Q. Each week, I’ll go over the characters’ narrative arcs and pick out sections that suit my agenda. I’m not sorry to say that these will all be thinly veiled pro-communist rants.You can read my thoughts on Season 1 and its central plot points, and my recaps of episodes one, two, and three, if you need refreshers.

Ok… this episode was actually good? So good that I don’t even know where to start.

That’s a lie, I know exactly where to start: Bette pulling her ring off and throwing it on the bench before fucking Gigi.

Honestly, I’m flushed just writing that sentence. This sex scene is the second-best sex scene of Gen Q (the first is the period sex scene in Season One, Episode One).

Next, Micah and Maribel.

Micah is obvs crushing hard on Maribel, but he’s grappling with his sexuality and unsure how to tell her. Damn, it’s so hard when a cutie catches your eye and spirals you about your sexuality. We’ve all been there.

Let’s hope Micah feels comfortable to reach out to his friends and process. We haven’t seen a lot of Micah’s inner world, because all of his dyke friends are caught up in their personal dyke drama, and he can’t get a damn feeling in edgewise.

Anyway, he almost confesses his feelings to Maribel, but their conversation is cut off by a car arriving. Brutal. Later, back home, he goes to text Maribel something a little saucy but deletes the text. Relatable.

I know in my last review I was lamenting that the show keeps making friendships romantic… But these two have so much steamy tension and such a sweet vibe between them! I’m legitimately excited to see what happens next week.

Will Micah get the courage to tell Maribel his feelings? Will they become sweethearts? Also, will Maribel lend me the leopard print shirt she was wearing?

On to Angie. She’s having a really hard time because her donor is dying, and she calls Shane to meet up and talk.

Honestly, even though the content was hard, I loved this scene. It really felt like we got to see how much Shane has been part of Angie’s life. It felt like the realities of queer family!

Also, we finally got to see Shane not being a player, and actually speaking truthfully and with care, for once this season. Angie clearly feels comfortable around her, and looks to her for love and advice. They’re obviously very important to each other, and this kind of conversation seems to be the sort that regularly happens in their relationship.

We need so much more of this representation of queer family! Representation where everyone is supporting one another, and where the relationships we have with our niblings are shown for how important they are.

Speaking of Shane being really nice, she’s also being really nice to Tess after Tess’s mum faces some difficulties in the care facility she lives in. Tess has obviously been juggling a lot, even though she presents such a tough exterior.

Shane sets up a movie theatre in the backyard, which made me start to wonder who was running Shane’s bar… So far, the bar seems to have a pretty random business model, but ok.

There’s clearly some chemistry between Tess and Shane, and they seem to bring out a really nice side in each other. Regardless of this fact – Shane, do not kiss someone who works for you! That’s really not ok.

On to Alice, who wasn’t as grating this episode!

It’s still unclear why her editor is there. He seems to just be writing her book for her at this point? It’s a kinda loose plot point, but the show is obviously building up sexual chemistry between him and Alice.

Which, again, really isn’t a great idea, Alice, because he’s working for you!

Anyway, he asks Alice about Dana, calling her the love of Alice’s life. Alice starts talking about Dana, and I must admit, I had some feelings.

Sidenote: I totally just searched “Alice and Dana” on YouTube, and I can say it was worth it.

Ok, back to Bette.

She was on fire this episode. On. Fire.

It’s like the good old days of Bette. She was just being so… Bette.

She’s being a great parent. She’s finding her favourite artist, waiting for her for hours, and taking her to dinner. She’s flirting with her while debating about whether she can take down the racist art world from within.

And then, later, she’s pulling off her ring before fucking someone. Because that is lesbian etiquette.

Honestly, this episode alone has been enough to justify the years I’ve spent nurturing my love for Bette and her shirt cuffs.

Speaking of fashion, poor Finley went through the trauma of trying to get a nice jacket at the men’s shop – we’ve all been there, babe – and Sophie didn’t even show up for their date! A sushi date, no less!

Standing up a sushi date with a lesbian is the equivalent of straight people… I don’t know anything about straight people but, like, it’s bad. Sushi is the real business.

Unfortunately, they have Finley ride off on her scooter – is it technically “scoot off on her scooter”? – to a bottle shop. Let’s hope the show doesn’t start spiralling back to Finley drinking because she can’t hold down a girlfriend.

So far, they’ve done a really bad job of dealing with drinking issues in queer community. On one hand they glamorise it, but on the other they portray Finley as having some deficit for drinking a lot and sleeping around. Do better here, writers.

Lastly, something finally happened with Dani’s dad that relates back to him being a rich piece of shit!

There are cops everywhere, and it seems like he’s been caught up in some dodgy dealings. Dani’s worried about him so, like we all do in difficult times, she goes to hide out in one of her mansions. The number of mansions in this show is uncomfortable.

No one can reach Dani, but of course Sophie knows where to find her: Mansion Number 2. Once they’re in the mansion together, they of course have sex. Classic dyke drama.

Though, before they do, there’s a story involving a cat and some Thai food. Are you even gay if you haven’t pulled a cat hair out of some pad see ew?!

While Dani and Sophie are post-sex canoodling, they start talking about a project Sophie has in mind for Alice’s show. It revolves around documenting queer women from the 40s and 50s. They talk about how Rosie the Riveter was gay, and you can tell Sophie’s getting ideas.

I predict the new segment on Alice’s show will be Alice presenting a history of different queer women.

This could go either way, given Alice’s narrative arc. Although nothing could be worse than the Roxanne Gay interview… Could it?

All in all, this episode was the best so far. I hope the show sticks to this juicy dyke drama and representations of queer family.

Oh, and true depictions of Bette being Bette, shirt cuffs and all.