Happy Valentine’s Day, me: How being single became central to my queerness 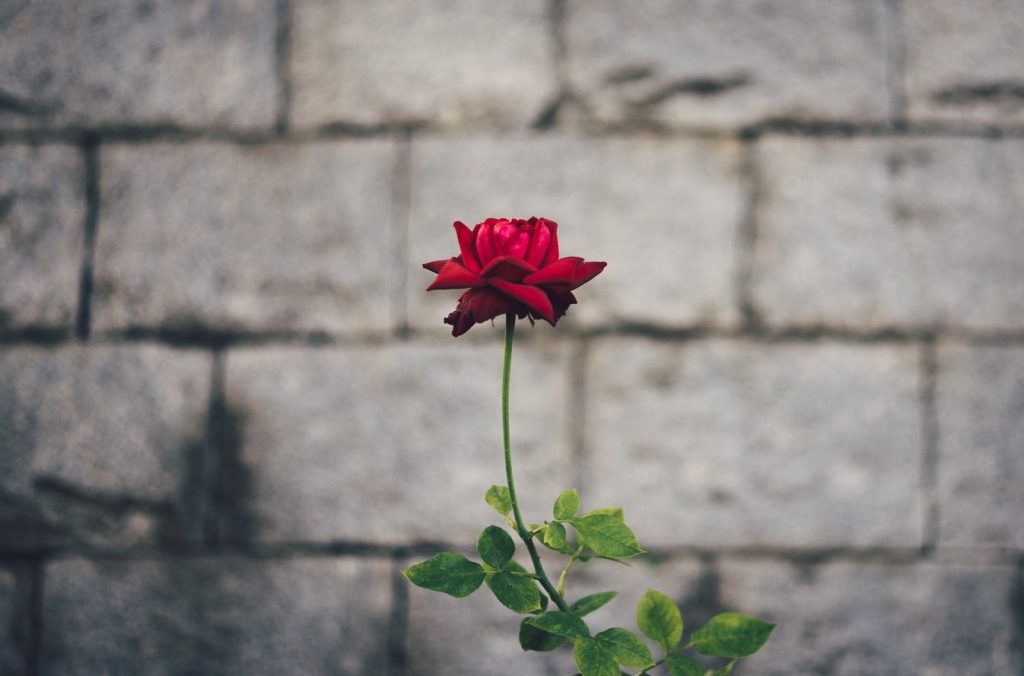 When I was a kid, my favourite books were the His Dark Materials trilogy by Phillip Pullman. Different worlds, fantastic instruments, flying witches, and your soul appearing outside your body in animal form. It was magic, lush, creatively unbound.

What impacted me most was a quote from a human character – a scientist – named Mary Malone, who said, “Being in love was like China… you knew it was there, and no doubt it was very interesting, and some people went there, but I never would. I’d spend all my life without ever going to China, but it wouldn’t matter, because there was all the rest of the world to visit.”

It was in Mary’s words that I first caught a glimpse of a world entirely different from my own.

I could make sense of flying witches but seeing someone actively deny love – something we’re told to follow, trust, and give absolute devotion to – and live a liberated, whole, content and happy life was an extremely foreign and thrilling idea.

Except that the idea eventually did turn into fantasy. I grew older and life, as it tends to, got in the way, inevitably carrying me towards Mary’s vision of China. The trips were beautiful and lavish; they taught me lessons on trust, discipline, compromise. Each time I’d leave having learned more than the time before, always grateful and humbled by the men who I’d shared an itinerary with.

But each time I was ready to leave. Because what I quickly came to realise was that I was my happiest, bravest, most confident self when I was on my own. It was on my own that I felt like I could really see the rest of the world.

It’s frustrating that we don’t have a meaningful language with which we talk about the absence of love. We don’t share stories of the bliss associated with being alone. We speak urgently on the loneliness within our community and the engulfing social isolation of our anxieties, but never on the joy of our single lives.

We make political gestures towards an absolute understanding of love, but we don’t give it sophistication, nuance or any sense of complexity.

Love takes shape in different forms and fragments that cut through space, time, and bodies. Growing into my queerness, I started seeing my identity less as a noun and more as a verb. I came to know it as a privilege through which my values and ideas could stand proudly against a backdrop of normal.

My ideas around love – what that word could come to mean – began shifting. I was successfully carving the energy, intimacy and validation one might expect from a long-term partner through my friendships.

I realised that I didn’t want to fetishise longevity – this incessant need to cling onto romantic partners – and that I could learn to enjoy and savour single moments; a night, a date, a week, maybe more. It occurred to me that our feelings about people may change over time, but that that never invalidated those shared moments from the past.

It’s with this deep appreciation for the past that I pursue the friendships of my exes. They’re too important – too brilliant – to let go merely because of some expectation that I should. It’s an extraordinary privilege and unexpected joy seeing them fall in love all over again, now from the outside. There will always be a love there – yet we fail to give it credence or any meaningful language.

Instead we talk of love as a fundamental expectation or as an achievement.

I found it politically boring and regressive.

First because I couldn’t divorce the idea of marriage from its patriarchal lineage.

Second because I’ve always felt yucky about the State issuing contracts on the basis of something as abstract as love.

But last because I was worried that the powers of institutionalised monogamy and the nuclear family would eventually make us fall in line.

It could dilute our sexual ‘deviancy’ and burden us with the same overwhelming pressure that life’s core success is measured through a checklist of partner, children and property.

In some wild way I felt more free without the pressure of a choice. I felt liberated knowing there were no expectations for me to settle – after all, I wanted to see the world.

Of course I’m agile enough to understand that my ideological utopias should never interfere with or come in between other people’s real life happiness. This type of love does make people happy – which, in turn, makes me happy.

I’ve come to understand that there’s a duty in our queerness: to destabilise and disrupt, and to make sense of the world in a way that we’ve failed to recognise before.

We need to get better at telling stories and sharing truths that reflect the rich and meaningful diversity of our love – our friendships, our sex, our romance, our past – and the blissfully empowering absence of it.

Dejan is a freelance writer in Melbourne whose words spin around queer history, feminism, pop culture and policy. Flick him a note on Twitter, @heydejan

Bisexual Visibility Day: My Favourite Archer Bi+ Pieces
By Archer Magazine
LGBT+ normativity: Trying to understand everyone’s realities
By Shiva Chandra
Trans in rural Queensland: Back to where I’m from
By Kai Clancy
Pinkwashing and the climate crisis: Time to change the Mardi Gras
By Jess Ison
My OCD makes me believe that coming out was a lie
By Katie Kendall
“There are no homosexuals in Afghanistan”: Perspectives on queerness from my Father
By Bobuq Sayed
An ode to the Blue Mountains: In defence of rural LGBTI communities
By Gavriil Aleksandrs
‘The Boy’s Own Manual to Being a Proper Jew’ by Eli Glasman
By Charlotte Callander