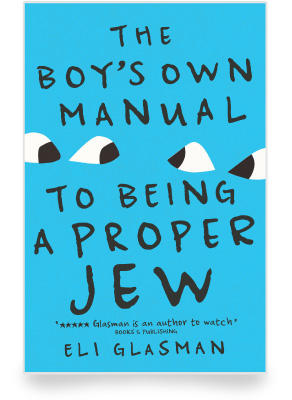 I stirred the slush in my Slurpee. ‘Have you slept with a lot of girls?’ I asked.
Josh shrugged and scratched his nose. ‘A lot of guys too. Sex is sex.’
I clenched my teeth and took a long sip of my drink. I’d never heard someone be so blasé about something like that before.
Josh smiled at me. ‘We’re late for maths,’ he said.
He stood up and picked up his backpack and put his hand out to me. After a moment’s pause, I took it and he helped me up, and even after we were standing we kept holding hands. We both had sweaty palms. I swallowed and felt my face flush. Josh squeezed my hand a little harder.
‘Hopefully, we’ll have detention together,’ he said, giving me a broad smile.

When you’re 17, conversations about sex can be tricky. It doesn’t matter who you are. Maybe you’re the outspoken teen who can’t stop talking about it but never actually does it, or the going-steady type who is still trying to figure out if it’s the right time to let your boyfriend/girlfriend touch you down there; maybe you identify as the mysteriously confident, alternative teen who experiments with both

genders at parties, or you are the type who could not be less interested in sex than if it dressed up in a chicken costume and danced on your head. In any case, coming to terms with your sexuality is tough. Add being gay and an Orthodox Jew to this equation, and the adolescent nightmare just became even more complicated.

Eli Glasman, a Melbourne University Creative Writing graduate, grapples with these topics in his debut novel, The Boy’s Own Manual to Being a Proper Jew. The book is from the point of view of Yossi, a deeply faithful teenager living within the Orthodox Jewish community of Caulfield, Melbourne. Yossi attends a Jewish school, and doesn’t have any friends or acquaintances outside “a 10-block radius”. Homosexuality is considered a sin, and as Yossi will not even listen to non-Jewish music or watch non-Jewish television, being gay is a pretty big deal. It is Yossi’s devotion to his faith that drives his guilt.

When his prayers don’t make the feelings stop, Yossi resolves to seek help on the Internet. A rabbi in New York agrees to chat with him online but “even with the safety of distance and anonymity”, Yossi is still terrified of someone in his community finding out about his sexuality. The rabbi offers Yossi techniques to control his compulsions and instructs Yossi to wear a rubber band around his wrist. Should he have a sexual thought about a man, he must flick it against his skin and train himself to associate the desire with pain.

For such a serious and personal subject, Glasman retains a sense of innocence and humour. One of the book’s biggest strengths is its ability to engage with sensitive issues in a positive light. The book doesn’t sugarcoat the fact that homophobia is still rampant, nor does it downplay how this is further complicated by religion. What Glasman does really elegantly is present a diplomatic story that does not disparage Orthodox Judaism, nor preach it. It is not so much a religious argument as it is an ultimately hopeful coming-out story.

What’s more, Glasman encapsulates all the awkwardness and excitement of first love. The school principal Rabbi Hersh entrusts Yossi to help new student Josh, kosher his mother’s dishes. Bluntly skeptical of Judaism, good-looking and unmistakably cool, Josh is both an attraction and a frustration for Yossi. It is through their friendship that Yossi begins to realise that it is entirely possible for him to be gay without sacrificing his religious ideals.

In an age where teenagers are obsessed with heteronormative supernatural sagas like Twilight and The Hunger Games, it is refreshing to encounter an honest story depicting a real kind of ‘forbidden love’ that doesn’t include Dystopias, werewolves, vampires or any other metaphor for adolescence. Certainly, there is still a big hole in the Young Adult fiction market when it comes to LGBTI romance, but Glasman is helping to fill the void. Through the character of Yossi, he creates a unique and compelling voice that will no doubt be a comfort for teenagers struggling to understand and accept their sexuality.

Charlotte Callander is a freelance writer from Melbourne who has contributed to Broadsheet, The Lifted Brow and Aphra Magazine.