Face to face with my queer hero, Carlos Celdran 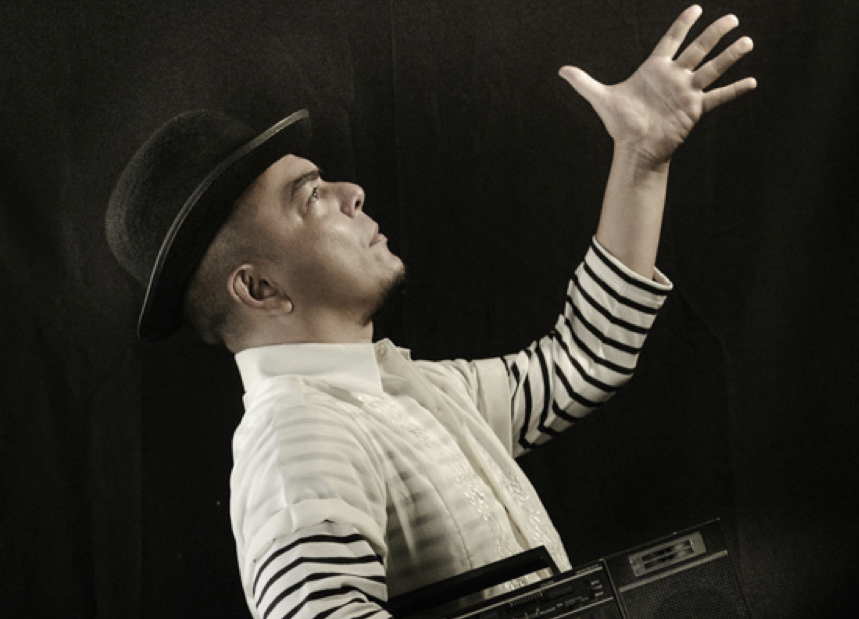 “Cruel mothers are still mothers… are humans. Who sometimes give birth to their pain. Instead of children.” Nayyirah Waheed wrote these verses in a poem titled hate, and I wonder if that is what being Filipino means to me.

I grew up in a three-bedroom house in an upper-middle-class suburb, with a Brother I was not close to and a Mother who was beautiful, charming, but thoroughly conservative and of working-class background. She devoted all her working hours to writing business documents for my Father, a much older married man from a political family who was never around.

The promise of an exotic, esoteric, and rejuvenating culture that many international travellers seek in Southeast Asian countries like the Philippines was nowhere to be found, at least not for my closeted queer teenage self.

Image provided by prominent Filipino artist, Carlos Celdran, who is on tour to Australia in 2017.

I found comfort and community not in the “authentic” local culture, but in popular Western fantasy novels, Japanese anime, and queer-friendly, sex-positive fan cultures in the early days of the Internet.

In these alternate universes made possible by storytelling, by art, by virtual conversations, my mind roamed free, even if my body was still in the exact same lonely place. As a teenager, the Internet made it possible for me to follow the work of Carlos Celdran, whose name I already recognised from the art and culture columns of the daily national broadsheets in the Philippines.

I knew only the vaguest things about him: he was a light-skinned Filipino male of Spanish descent, where being of white Anglo or European descent is a big deal in the race-obsessed Filipino world I grew up in.

Celdran identified openly as bisexual, advocated passionately for reproductive rights and cultural heritage preservation, challenged Americans who insisted that the white saviour approach to Philippine history was incontestable. He did a lot of overseas travel, something I could not imagine doing, because no one in my immediate family ever had.

He also made money as an artist, which my family elders thought was impossible, by telling lesser-known stories from Philippine history as an energetic and quirky Manila tour guide. A bright-eyed and articulate man, he was always photographed in the Barong Tagalog, the male national costume, a shirt made of pineapple fabric and he wore a bowler cap.

To me, it felt like he had leapt out of an anime or a magical realist novel. Through his social media posts, I saw my home city, more well-known for traffic and crime rates than a thriving art scene, as an enchanting space worthy of deeper engagement. 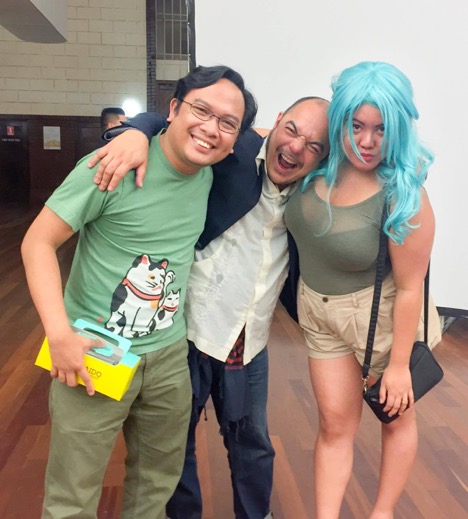 It was only after moving to Melbourne in 2010 that I took the opportunity to explore my queerness more fully. It was also in Melbourne, on 25 March 2017, that I met Carlos for the first time. I caught up with him during his visit to the Castlemaine State Festival, where he debuted his critically acclaimed off-Broadway play, Livin’ La Vida Imelda, to Australian audiences.

He was charming and clear-thinking, despite barreling through several rounds of Italian red. I told him I had followed his work for years. I told him that his show helped me understand why my mum adored Imelda Marcos, a notorious public figure I only knew through former activists who had been tortured during the long reign of her husband, the dictator-president Ferdinand Marcos.

Carlos told me he liked my blue hair, and said that my sordid family situation was more common than mainstream Catholic rhetoric would have anyone believe about the Philippines.

I told him about my conflicted feelings about diasporic authenticity and the conservatism, queerphobia and misogyny attached to it.

He said, “We’re not exotic. We’re just authentic. We’re not a monolith, too. Let people deal with us on our own terms. We don’t owe them explanations. A Spanish artist, whose name escapes me, once said, ‘To be provincial, to be parochial, helps no one.’ We Filipinos are a global people. We have always been global.”

That midsummer evening, Carlos invited me to help him bring Livin’ La Vida Imelda to a more metropolitan Melbourne audience. In a few weeks, Carlos will debut his off-Broadway play in inner Melbourne, on August 11 – 12 , for two nights only at the Thornbury Theatre.

Livin’ La Vida Imelda is a 90-minute probe into Philippine cultural and political life under Ferdinand Marcos’s Martial Law in the 1970s, from the rags-to-riches-to-ruin-to-renaissance perspective of the infamous First Lady Imelda Marcos. This multimedia disco-fabulous party is a group exercise in understanding and engaging 20th century Philippine history and current affairs. Without blinders and with judgment.

If you’re the slightest bit curious about the weltanschauung that produced your Filipino lover, mother, co-worker, or karaoke buddy, come to the show and stay for the chance to ask all your unfiltered questions at the Q&A with Celdran after the show. 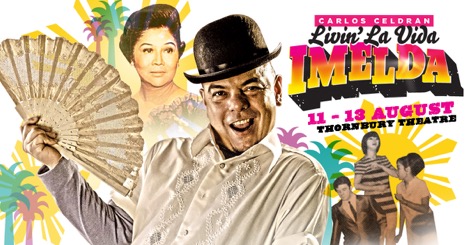 Angela Serrano is a queer Spanish-Filipino-Australian writer, model, producer and project manager. She was recently a Hot Desk Fellow at the Wheeler Centre. Twitter: @angelita_serra.