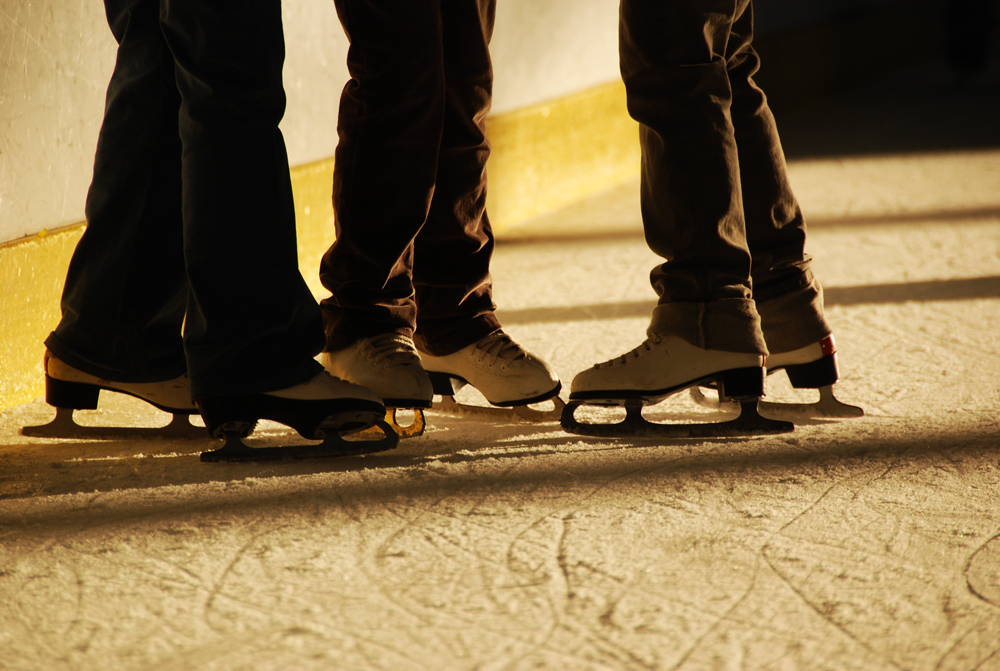 During the marriage postal survey, I was drowning in a sea of talk about relationship coupledom and romance. Even in my poly subcultures, I often struggle to relate to the competitive search and play for multiple catches in the little dating pool.

Queerness is often imagined as existing through coupledom. When I was first trying to come out as queer to myself, I wrote in my old diary that I was sure I was “not fucking straight.” But I couldn’t conceive of myself as queer because I was “living a boring single life.” I was trapped in the false idea of ‘proving’ my queerness, following a linear track to destination: coupledom.

My understanding of queerness has less to do with ‘relationship status,’ and more to do with creating communities that value friendship and social movements to end oppression. I struggle with belonging to the hierarchy in queer circles that values romance over all else. Friendship can be sidelined by romantic relationships. Photo:Leonora Giovanazzi. Licensed under Creative Commons 2.0.

I have found romantic crush groups an alien experience. The idea that there are heaps of crushes out there forgets how uneven this is. Platonic crushes, known as squishes in ace discourse, are still seen as inferior. Desires are impacted by oppression and privilege: my whiteness gives me unjust advantages, while my trans femininity is met with less power.

I am irked when a friend brings a date to a hang out without telling me. I am tired of making accommodations to couples, including scheduling, because I am apparently ‘more free.’ I watch in amusement when friends break up and suddenly have time again for friendship.

I have found it tricky to navigate sexual intimacy in a culture that automatically assumes growing relationship expectations known as the relationship escalator. People in couples rarely acknowledge the power they have in dictating terms with new connections, while having a strong support system to fall back on. What does having sex with a crush mean when romantic myths about ‘being together forever’ are non-existent, and when you may prefer singledom as default?

Singledom is a slippery state, one many slide in between through their lives. As I get older, my singledom becomes more questioned. Friends, queers, and others have told me they know my journey better than myself by explaining my singleness to me. This interrogation of my ‘relationship history’ even led to one transphobic doctor denying me hormones, partly because of my supposed immaturity.

Last year I went to a forum on gay liberation. In question time, audience members lamented how their 30s and 40s lives were characterised by a kind of predictable safe relational boredom in contrast to the radical experimentation of gay liberation. Research from the UK has found a qualitative historical shift in many queer communities where a ‘frendship ethos’ that challenged the hyper-prioritisation of the couple has been replaced with a ‘couple ethos.’

Other material factors lie behind these trends. At the 2016 ‘Queer Provocations’ gathering I heard of how the soaring cost of rent and dismantling of welfare is destroying possibilities for alternative queer living by pushing people geographically apart, leaving them with less time and money to socialise.

Unless singles have significant family support, other friends to share resources with or are well-off themselves, they tend to end up materially worse off than couples, especially if they are marginalised in other ways.

Capitalism punishes many people who fall outside the heteronormative and homonormative norms of the privatised nuclear family and monogamous couple. Ways of relating that build interdependence and communities are often viewed as disrupting this.

Dr Kim TallBear who runs the solo poly blog “The Critical Polyamorist,” suggests single is a nonsensical word at heart, because we are in all relation. Drawing from Scott Morgensen, she also notes settlers have a settler sexuality. There cannot be any real move towards freedom in our relationships if they are occurring on a relationship to stolen land, which is completely ignored. Likewise, there cannot be freedom without understanding our interdependence.

After an accident last year, I ended up in hospital for three days. No one ever thinks about hospital visitation rights for single people, which in emergencies defaults to the nuclear family. In hospital and in recovery, I relied on a caring close circle of friends, much more so than my distant, strained relationship with my parents.

There are power imbalances in interdependence. Some people, particularly white, masculine people did not show up—despite me giving a lot to them—while many women did. Leah Lakshmi Piepzna-Samarasinha writes women and femmes, particularly of colour, and disabled, end up doing much of the work of interdependence in an unfair economy of reciprocity.

Communities fail too often. Many others and I internalise relational hierarchies together with psychological ableism, and do not see closer friendships as interdependent caring relationships who support one another in times of significant distress. Especially in queer circles sometimes submerged in disposability, transience and cliques, it can be difficult to maintain ongoing friendships.

Swimming against anti-single currents often leaves me heaving with exhaustion. But there is also so much joy and something very queer about the friendships that keep me afloat, despite times being tinged by romantically coloured seas. I want to see love between non-coupled people celebrated as much as couples. I want to see more people fighting for a world where everyone can be free to make a broad horizon of relationship choices, not one dominated by violent winds of hierarchy and inequality.

Iris Lee is a white settler living on Boonwurrung and Wurundjeri and country. She presents on 3CR’s Queering the Air and recently collaborated with co-presenter Devana Senanayake on singledom.

Navigating new connections: Online dating after relationship trauma
By Eva Akyol
Opening up a relationship: Compersion, insecurity and ethical non-monogamy
By Frankie Valentine
Boi wonder: Hinduism, transness and masculine anger
By Rathini Kandavel
Non-hierarchical polyamory: Stepping off the relationship escalator
By Liz Duck-Chong
Conceptual Polyamory: the social and political weight of keeping options open
By Matilda Douglas-Henry
Polyamory: The everyday realities of being in love with two people at once
By AngelBaby
Coming out: Tips for parents and families of gay kids
By Kristin Russo
Parenting and having a queer ‘tribe’
By Brosh Grey