I’ll show you mine: writing fiction about child sexual development 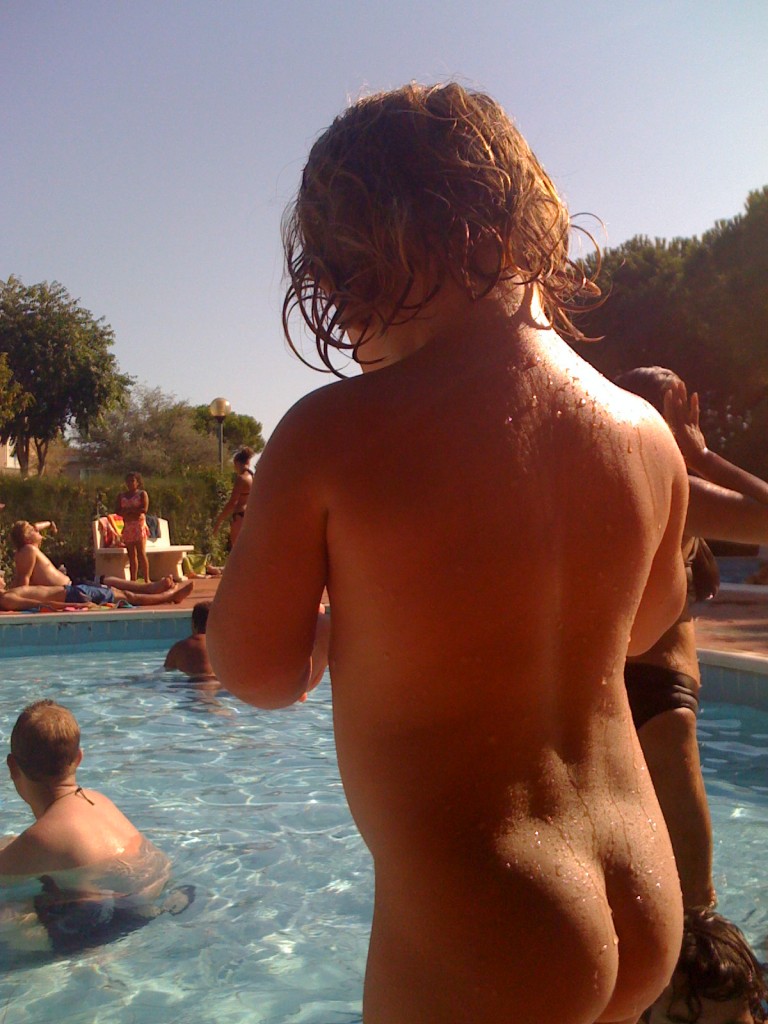 I remember the day I found the porn magazine in the park. I was around seven years old and I sat high up in a tree, a warm feeling growing at the bottom of my belly as I flicked through the pictures of naked women. I wondered why there were naked women in a magazine and why I got that same warm feeling when looking at both boys and girls in my class. I knew it wasn’t talked about, though. I knew about the secret areas on people’s bodies and I felt guilty for having warm feelings for all kinds of people, for wanting to put my hands down my pants, and for wanting to learn more about it.

Now, over twenty years later, I have a much better understanding of what that warm feeling is and who to share it with, be it with others or myself. Society as a whole still has such a limited understanding of child sexual development – there are only a handful of studies on the subject worldwide, and there are limited depictions of it in any art form, as it’s a very sensitive area to depict, and discussion all too quickly turns to child pornography (remember Bill Henson?). It’s time this taboo subject was brought out of the shadows.

All of the comprehensive studies on child sexual development flag the difficulty in researching this particular area. However, they also show that sexual behaviour starts very, very young in children – it’s not uncommon in babies and infants. Normal child sexual behaviour can involve touching of genitalia, showing genitalia to another child, sexual play (playing ‘doctor’), and many other normal developmental behaviours. Not every child will have the same experiences, but everything is normal about infants and young children displaying sexual feelings towards themselves and/or others.

Adults need to know this behaviour is normal in order to be able to talk with children responsibly about respecting other people’s bodies, their own body, and what one can do in public and in private. It’s not scary that young children have these feelings, it’s that adults can smother, scare or shame the child for displaying sexual behaviour, thus creating what can become lasting issues into adulthood.

The research in these studies also shows that when adults engage with their children using clear language about their bodies (none of this ‘you came from a stork’ shit), sex, and the surrounding issues such as birth control, children are more likely to practice safe sex in their older years. The existing studies all conclude that more research needs to be undertaken, as it shows that when children can talk with adults, and not feel shame about their behaviour or actions, they are more likely to grow up more comfortably as themselves, be sexually healthy, be respectful individuals who are less vulnerable, and be less likely to sexually exploit others or be exploited themselves.

Image by Simon. Reproduced under the Creative Commons 2.0 license.

I write fiction for adult readers.  Some of my own published work has been about exploring child sexual development, that is, focusing on protagonists aged ten or under and the sexual awakenings they are going through. It’s an important time to write about, as it’s the beginning of our emotional and sexual interest with others, and ourselves. Writing for adult readers is a conscious decision to encourage adults to engage with stories about childhood, coming of age, and sexual awakenings, and to better engage with children on the topic, as the research indicates is necessary.

Writing on the topic, like research, is scarce. It was a struggle to find many adult fiction books that present depictions of child sexual development, and not just coming of age experiences, like My Brilliant Career. I did manage to find a few authors that explore the topic in older teen characters – writers such as Lorrie Moore, Janette Winterson, and Pamela Erens. There are many great books for young adults that present accurate depictions of child sexual development – Judy Blume comes to mind – but because it is adults that need to get better at discussing this topic with children, adult fiction needs to improve as well.

Just his shape was different — that and the fact that he wasn’t smooth, exactly — as if there was a lot going on under the skin. I don’t know why I’d been so nervous about touching Michael. Once I got over being scared I let my hands go everywhere. I wanted to feel every part of him.

While I was experimenting, I asked, “Is this right?”

Judy Blume books taught us about sexual development when I was growing up in the ‘80s. I don’t think much has changed since then. There are many contemporary young adult authors writing about teen sexuality and sexual development – David Levithan and Emily M. Danforth to name two – but there is still a gaping hole when it comes to adult fiction about child sexual development.

These stories need to be told, and told frequently through all art forms. Most children have those warm feelings I had, and it doesn’t matter whether it’s tucked in the branches of a tree secretly looking a nude pictures, or whether it’s with a friend showing each other what’s underneath their clothes, or whether it’s while rubbing against something that makes them feel good. It matters that we should read about it as adults and not be scared.

Erin Courtney Kelly is a writer, of fiction, plays, and co-founder of all-female theatre company, Forty Forty Home. She has won the John Marsden Prize for short fiction, was nominated for the Melbourne Lord Mayor’s Creative Writing Prize, and was published in Women of Letters (Penguin, 2011).