Sex and desire in the writing of Christos Tsiolkas 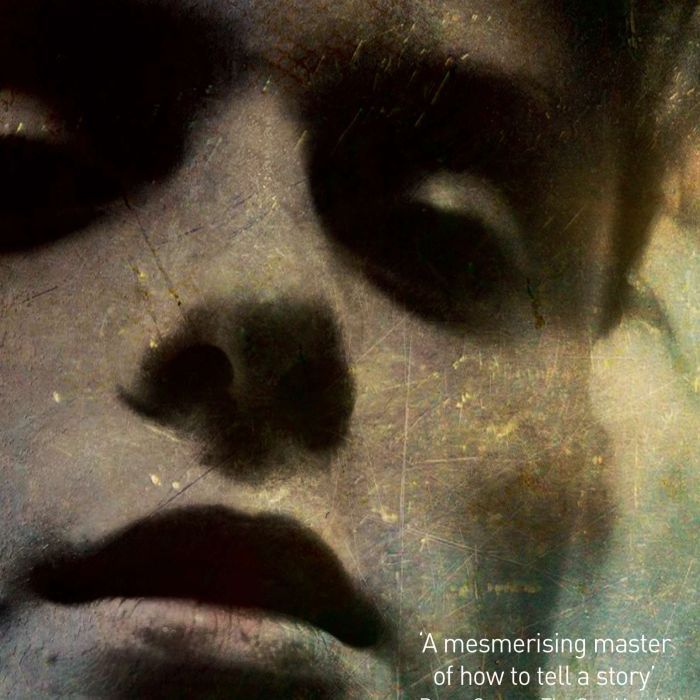 From pornography to incest, from prison rape to anonymous sex, the stories collected in Christos Tsiolkas’s new collection Merciless Gods are characteristically unflinching. Drawn from throughout his career, they explore and engage with transgressive aspects of human desire, and with sexual encounters which are categorised as taboo or rarely acknowledged. 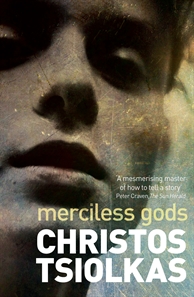 In the Australian literary tradition, there have been few notable depictions of homosexual sex and desire: Timothy Conigrave’s memoir Holding the Man; Patrick White’s Flaws in the Glass; and Kenneth Mackenzie’s seminal The Young Desire It. In Tsiolkas’ fiction, gay relationships flare and die with regularity that is remarkable only in revealing how absent they typically are from mainstream narratives of love and desire.

Tsiolkas’ incendiary debut novel, Loaded (1995), is a raw and bold book, even by the standards of the mid-90s trend towards grungy, gritty realism. Protagonist Ari walks the streets and beats of inner suburban Melbourne; driven by cultural and sexual frustrations and pursuing sex, drugs and nightclubs in his search for physical, emotional and spiritual gratification. Tsiolkas’ writing has always acknowledged that these areas of fulfilment bleed into each other, and that their messiness and frustrations are intimately connected.

Gay, straight, sex-crazed, drug-fuelled, religious, atheist, ethnic, Anglo, bourgeois, working class – Tsiolkas’ characters run the gamut of experiences and lifestyles, and all are depicted with sensitivity and compassion. He reveals the ugliness and cruelty that might be contained in any one person, but never does his characters the disservice of denying their humanity and their fallibility. He allows each character to develop fully, even if the result is ugly or disturbing, and imbues them with the dignity of empathetic appraisal without the insult of pity.

In Tsiolkas’ fiction, “sex is not sex, but fucking and being fucked,” as James Bradley writes in his review of Barracuda for The Monthly. This, too, is a mark of Tsiolkas’ respect for his readers and characters. He does not disguise or romanticise the basest acts of humanity; and by this refusal, the moments of grace and beauty become glimpses of a pure unvarnished truth. Tsiolkas reveals the seed of tenderness that lies at the heart of violence and aggression.

In one of the stories in Merciless Gods, ‘The Hair of the Dog’, the narrator’s late mother was a writer whose claim to fame was that she “once sucked off Paul McCartney in the toilets of the Star-Club in Hamburg”. Her writing, like Tsiolkas’, toys with provocation: “She describes what it is like to try and masturbate when your cunt has become so dry that even poking one little finger up there causes unbearable pain, how the smells her body emits disgust her, what it is like to wake up after a night of boozing with excrement caking your buttocks and your thighs.”

Both Tsiolkas and the fictional writer recognise the power of pushing through the boundaries of taste, and that once these have been broken down, sexual proclivities become equal and can be rebuilt without prejudice. Her son recalls of her writing, that “the unrepentant eroticism of her portrayal of incest was deemed outrageous, but by the end of the twentieth century, scandal no longer necessarily meant being an outcast.” Similarly, Tsiolkas has made abject bodies and explicit sex the stuff of book clubs and bestsellers, shocking his readers into acknowledging, if not accepting, the veracity of different experiences.

But to describe Tsiolkas’ work as shocking is an insufficient recognition of his intent and craftsmanship. His work does not provoke or titillate for its own sake, but rather presents an honest portrait of sexuality, morality and behaviour. In last year’s Barracuda, protagonist Danny serves a frustrated stint of time in prison, during which he becomes infatuated with a fellow prisoner, Carlo. Their relationship is rarely consummated; instead they swap cum-drenched tissues each morning and spend the day subtly consuming each other’s emissions, in a perversion of Romeo and Juliet’s furtively-exchanged love letters.

“I will come into a tissue and that tissue I will hand to him in the morning and he will hand me the one he spilt himself into. I will tear tiny strips from it during the day, in the kitchen, in the library, in the yard. I will chew on them, and I will taste his semen and through his semen I will taste his cock and through his cock I will taste all of him. Sometimes he will shake the last drops of piss into a tissue, sometimes he will have wiped his arse with one: I ask him to keep one underneath his armpit throughout the long night. In the morning, as I take the still damp tissue he will wink at me, daring me to guess what secretion I am to imbibe. You jerked off into this one. Or I might whisper, I am tasting your piss, aren’t I? Or, I am licking your arse. Or, I am drinking your sweat. His thrill is so acute that his words are hoarse. You’re a dirty bastard, Danny Boy, you’re filthy. He loves that word, it is an endearment and a come-on and a plea. I so want to fuck you.”

Tsiolkas turns a lewd act into one of great tenderness, and dares the reader to recoil from the mixture of passionate romance with scatological physicality. There is an echo of Danny and Carlo’s exchanges in the story ‘Genetic Material’, in which a young man masturbates his father, who is in the final stages of dementia. Afterwards he smells and tastes the residue of his father’s semen on his hand, and discovers that, “I taste of my father. My father tastes of me”. It is an act of fealty, and a gift; the associations of sex are not removed, but are deepened and rendered more complex by the abnormal context of the act.

Few Australian literary authors have depicted sex as explicitly or viscerally as Tsiolkas, while also achieving commercial success with a wide audience. He unflinchingly writes the disenfranchised, the elderly, and the criminal, giving them corporeal, fallible, glorious bodies and revealing the moments of cruelty and grace which filter through. He speaks to the heart of contemporary Australia, and his characters hail from all manner of cultural and class backgrounds. The diversity of experience he depicts taps into the universality of lived experiences and chronicles desires which are often repressed or silenced.

Veronica Sullivan is Online Editor of Kill Your Darlings. She tweets at @veronicaahhh.