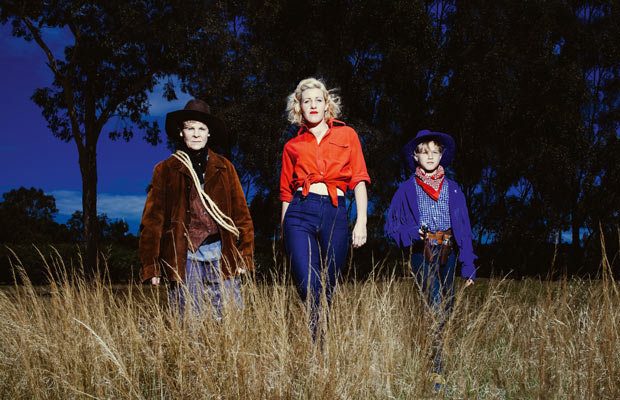 Theatre is often renowned for pushing boundaries and challenging societal norms. There is even a common term for it – “breaking the fourth wall” – or in other words, when actors invade your space and actively acknowledge you as an audience member. This intriguing aesthetic of theatre makes it not only a unique art form, but a rare experience that invites us to discuss the major issues that currently pervade our community.

The announcement of MTC’s NEON Festival of Independent Theatre definitely stands testament to this notion, with this year’s line up placing a spotlight on gender and sexuality representations. Running from 14 May to 25 July, five shows will commandeer the Lawler at Southbank Theatre for a ten day season.

Though the festival itself gives emerging artists a platform to hone their craft, its huge success also stems from its colourful history of featuring performances that specifically tackle societal issues head on while confronting audiences of the harsh realities that we live in.

This is exactly the premise for three standout shows being featured this year: Calamity, SHIT, and We Get It. Each of these plays place a particular emphasis on female representations and the associated stereotypes that are often played upon by the media.

Feminist theatre maker and playwright Zoey Dawson is the creator of Calamity, a performance that takes a glimpse into two very different portrayals of female icon Calamity Jane – the well known Doris Day rendition and the foul mouthed cowgirl that became a legend in the American Wild West.

Part musical, part western and part biography, Calamity looks at the way difficult women are mythologised to the point of palatable darkness. Dawson likes to call it being “hollywoodised”.

Loving the musical adaptation of Calamity Jane as a child, Dawson re-watched it one day and noticed the “gender fuck up” of how she was portrayed from the actual truth. After doing some research, Dawson realised that Calamity Jane was in fact a tomboy inspirational figure that struggled with several issues including depression and alcoholism. The Hollywood version had completely transformed her image on screen, discarding her tomboyish looks and replacing it with blonde hair, a voluptuous figure, and a happy-go-lucky attitude in order to create a more sexualised fantasy that appealed to male demographics and attracted wider audience appeal. The change certainly worked, with the show going down as an icon in musical history.

“Calamity Jane was a poor, uneducated alcoholic who somehow became a legend by promoting stories about herself. This idea of self-invention is something that underpins many modern concerns, especially in the age of social media where identity construction and self-invention is easy and indeed, expected,” she said.

“In Calamity we explore the duality of how we create myths and legends, and how that legend can be commoditised over time – what changes and what actually exceeds the original event. It’s not a vicious, vengeful critique of the show, it’s an examination into the attraction of the beautiful lie rather than facing the ugly truth, and why we are all in love with this notion.”

Meanwhile, long time collaborators Susie Dee and Patricia Cornelius present SHIT, a play not for the faint of heart. Billy, Bobby and Sam are three women that don’t adhere to societal conventions of what women should be. They spit. They swear. They shout. They’re terrifying and electrifying, and we’re implored to hate them from the very beginning.

“These women are powerfully aggressive female characters. They kind of announce themselves: here we are, you don’t like us, you don’t like what we’ve got to say or the stories we have to tell, and that’s too fucking bad. My job is to seduce the audience into, if not liking them, at least considering them seriously and in doing so creating some contemplation on a world that allows women to be damaged so unnecessarily,” Cornelius said.

“The female characters in SHIT are against all notions of what it means to be female. They are in their bodies, they are aware of all the bullshit and vulnerabilities in being a woman, and they fight it all the way.”

And last but not least, we have We Get It by Elbow Room. Witty and playful, it turns gender anxiety on its head and asks only one serious question: have there ever been women in theatre? The play takes a look back at the greatest heroines of classic theatre, pitting them against each other in one spectacular battle royale.

Directors Marcel Dorney and Emily Tomlins said despite creating work like this for over seven years, gender representation was always a conversation they came back to due to the overwhelming amount of stereotypes that pervaded women in today’s modern community.

“This has always been a conversation that we have come back to, that very thing of the representation of women, how they are represented in our media, in our film industry, on stage, and how they have been represented for hundreds of years on our stage,” Tomlins said.

“It’s not just a question of conscious choices; it’s got to do with our investigation about how the machinery of theatre as we have come to accept it through the classics actually prevents women being represented as essentially, human beings,” Dorney added.

“And the power of performance is to draw attention to these things, but its ability to overturn these things often ends up reproducing the same oppressive ideas. It reaffirms them, and even when we interpret the classics in our own image we’re still replicating this machinery. In the play we’re trying to unpack this machinery – how it has worked in the past and how it works now.”

With intuitive shows like these, it really begs the big question – does theatre have the potential to overcome gender and sexuality stereotypes? Indeed, MTC’s NEON Festival of Independent Theatre acts as a springboard for discussions about this complex issue, but it’s clear that there is still a long way to go before stereotypes are completely eradicated from the theatre scene.

Co-creator of SHIT Patricia Cornelius said that while good theatre was meant to deal with themes that are difficult to convey, the representation of women in theatre was still “appalling”.

“Female actors are underrepresented and also continue to be presented with roles which support the male protagonist. It is rare to see women on the stage who are powerful and still have their clothes on, or not sexualised in some way. It’s not only women in the theatre who get a raw deal. Women are considered shit in all works of life,” she said.

“I don’t think there’s any woman in theatre who has not experienced some kind of disempowerment whether it’s physical, sexual or economic.”

On the other hand, We Get It Directors Marcel Dorney and Emily Tomlins believed there was a greater potential to overcome it, but it came down to whether or not you actually do it.

“Certainly, there is a great deal and more immediate potential [to overcome it]. But it’s whether or not you do it, because to really do it is uncomfortable…it requires a continual input of radical anger in order to keep making these big questions count. It’s important not to think that simply having women on stage will have solved the problem. It’s not just a matter of numbers; it’s also what kind of art those people are being brought in to support,” Dorney said.

Emily Tomlins agreed and added: “That’s exactly right – it’s about the stories, the voices, and the experiences. Visual art has the potential to do that, but we’ve got to keep on going and be vigilant in stirring the pot. And that’s why the independent theatre scene is so good, because that’s where this is happening.”

Aleczander Gamboa is a freelance writer and editor. He is currently the sub-editor for Blaire Magazine. He regularly blogs at Thoughts With Dreams and tweets under @aleczZzander.