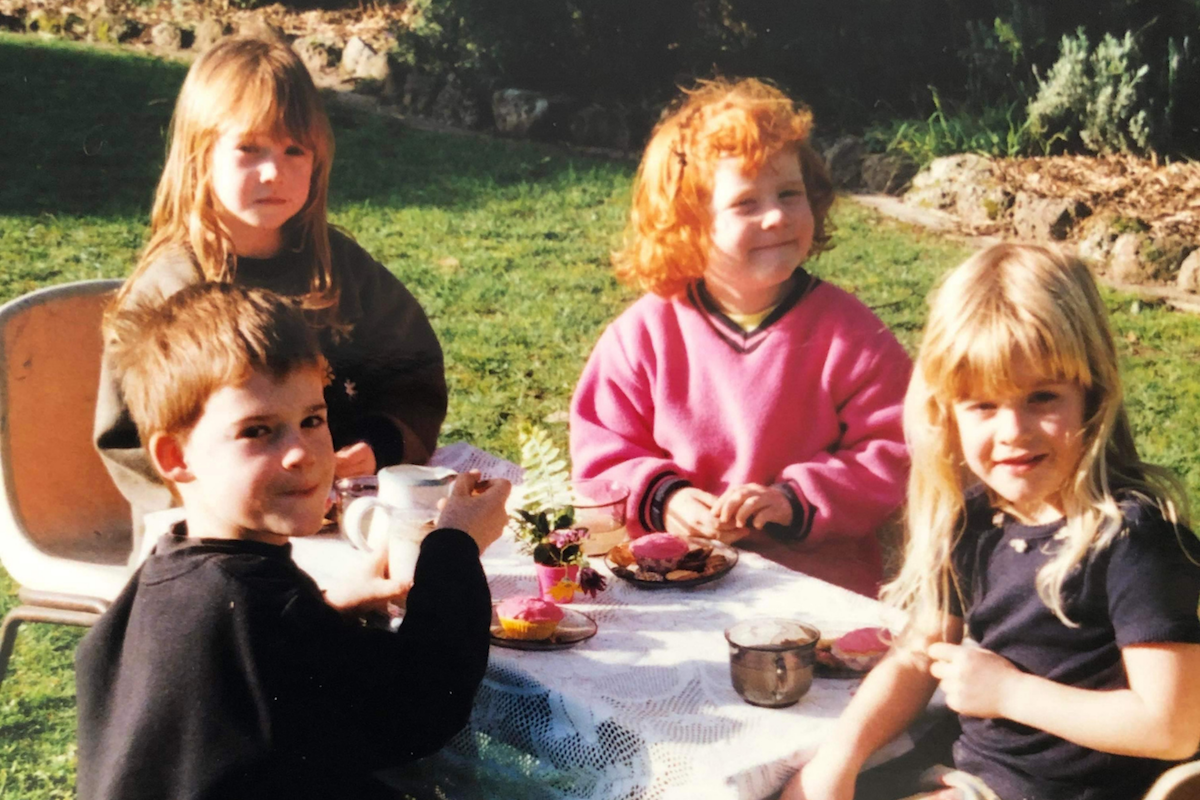 When I tell the story to different people, I always start in the same way.

“Yeah, I jumped out of a moving car once. Bit of a BAMF move.”

It’s not exactly the hardened action story you’d expect; of a cis-man skidding along a highway, duel wielding guns. It requires explanation. So I describe how I jumped out of a car doing 45km/h, rolled across hot asphalt, grass and gravel, got right back up and started running.

Most when they hear the story, have just one question: “Why?”

I answer plainly: I did it for my love of a girl.

For a lot of people, being aromantic means being alone. I admit that in the early exploration of my own aromanticism, the fear of being alone often ate at me. I’d be nibbling at my fingernails when invited to social events where everyone else had their romantic partner/s with them.

I love being aromantic; I really do. I know I am not unlovable. For the most part, I see my aromanticism as an invitation, saying there can be other ways to form intimate relationships without performing expected rituals of intimacy.

The girl I jumped out of a car for is called Serena. She’s been my best friend for the entirety of my conscious life. I never had to fear being lonely, because, really, I have never been alone.

Nowadays, she is my queerplatonic partner.

The beauty of the internet is that we know exactly where and when the term ‘queerplatonic relationship’ was first documented – in a thread called Kaz’s Scribblings on December 24, 2010.

The term ‘queerplatonic relationship’ was born from the poster’s desire for an aromantic type of relationship that lived apart from the binary categories of romance and friendship.

For many who identify on the asexual and/or aromantic spectrums, queerplatonic relationships offer a framework for relationships that bend the rules of traditional heteronormative and amatonormative relationships. In society, lines between romance and friendship are typically bold and underlined.

In queerplatonic relationships, the only lines are established by the individuals involved.

“Instead of having to define your relationship as romantic or not, you just have this big platter, and you can choose what can be in your relationship,” Serena says when I ask her about her thoughts on our queerplatonic relationship.

We’re sitting on my couch in my apartment. She will ask me for a foot rub in about half an hour and I will acquiesce because I am a sap.

“When I say you’re my best friend to people, they don’t have any idea what we are, and they don’t have to know. But it’s important to me that people see there’s more than just a friendship here. Because I’ve got this deep connection with you that can’t be defined in any way that society defines things. People sort the value of our relationship in their head as a friendship and think therefore it’s not as important as a romantic relationship; my relationship with Dave.”

Serena and Dave have been dating for the last four-ish years. Their relationship has had its own trials and tribulations that I have been privy to – as the other half of one half.

Rooted in a deep intimacy and emotional closeness, queerplatonic relationships can involve or discard all ‘traditional’ elements of friendships and romantic relationships; everything from co-parenting to various forms of physical/sexual intimacy.

“A queerplatonic relationship isn’t something between platonic and romance; there’s no hierarchy,” Serena says earnestly.

We laugh when my cat stretches so much he flops off the couch and onto the floor with a pitiful mew.

“I’ve grown to think outside the box of what I’m told my relationships should be, because I have you, and you are proof to me that that’s not how it works.  You’re not any of the things society says you have to be (heterosexual, cisgender, alloromantic), you’re something else entirely. I’m viewing attraction entirely differently now. You’re the reason I rethought my relationships.”

She smiles at me. I smile back before making a joke to play the moment off – I’m interviewing her and this is ‘work Jes’. She sees right through it and calls me a dork. It’s true. I am a bit, but it makes sense, because she is too.

I’ve written before about amatonormativity: society’s expectation that everyone ends up in an exclusive, romantic, long-term relationship. The expectation includes all the demanding trappings within; 2.5 kids, a mortgage, friendships and other relationships being of secondary importance.

I’ve written about the complicated feelings I have about my experiences as an aromantic person being perceived as ‘valid’. But in totality, my relationship with Serena is my truest expression of myself I can offer. I’ve never trusted a person with so much of me. It’s actually a friggin’ scary thing, but Serena makes it easy.

I ask: “How have you talked with Dave or boyfriends in the past, about our relationship?”

“I straight up say to every partner I have ever had, ‘Hello, this is Jes. If you date me, you date Jes.’ At first they don’t realise that I am dead set, but like, they meet you and they meet me, and they go, ‘Hey this is really different to any friendship I have seen between people before.’ They learn I’m gonna work my life around you, in a way maybe some polyamorus people do.”

“Most guys who get told they’re dating two people probably go, ‘Yeahhh!’ But then they meet us and they realise, ‘Oh, damn, that’s not what she meant.’”

I was 10 years old, Serena nine, when she went on a two week family holiday to Queensland. That two weeks was the longest we had been apart since we were both in kindergarten.

The first time I saw her again was when my dad was driving up to her house. I saw her and every neuron of my attention became a distilled point of longing.

It was like a part of myself – instead of another person – had returned home.

As my dad drove up, I stared out the window, then down to the ground and began imagining how physics worked.

My mind was set. Serena was at the park and I wanted to be there too. I managed to get my seatbelt off without anyone noticing. I opened the door a crack, then wider.

One breath in, two, three, then–

I jumped out of that car and rolled.

Serena finishes off her drink and declares: “My new thing, and I’ve chewed on this for a while is, I’m a relationship anarchist.”

I stare at her, then a slow smile kicks up the corners of my lips.

Making Serena laugh is one of the greatest joys in my life.

My eyes were closed. There was a lot of prickly grass, dirt and grit. I didn’t break any bones. I didn’t even get that many bruises. My knee smacked into my mouth though, enough that when I finally found myself in a standing pose, tears pricked the corners of my eyes.

My dad screeched to a halt and yelled at me. I ignored him and ran to her, wrapping my skinny 10-year-old arms around her in a hug, telling her I missed her.

It meant everything when she hugged me back and told me she missed me too.

For more than two decades, having Serena as my partner has taught me so many things that I couldn’t have learned on my own. Basic things, like what it’s like to coexist with other people. I’ve learned who I am in the context of others, and what I’m like in terms of intimacy. I’ve learned what love actually is, and about the nebulous nature of boundaries.

Mostly, I’ve learned the importance of self-reflection and how queerness is about so much more than romantic love.

Our relationship makes no claims of romantic affection. It’s a simple pledge to share a life filled with intimacy, celebration, commitment and affection with one another.

Queerplatonic relationships, I think, have the same fluidity and elasticity as children hitting gravel. They are self-defined playgrounds of opportunity and trust that you don’t have to throw yourself out of a moving car in order to reach.

Although, it does make for a pretty romantic story.

Jes Layton (He/She) is a writer, artist and professional geek whose work has been published by Black Inc, SBS, Junkee, Kill Your Darlings, Archer and Voiceworks among others. Find more of his work and projects on Instagram @AGeekwithAHat.