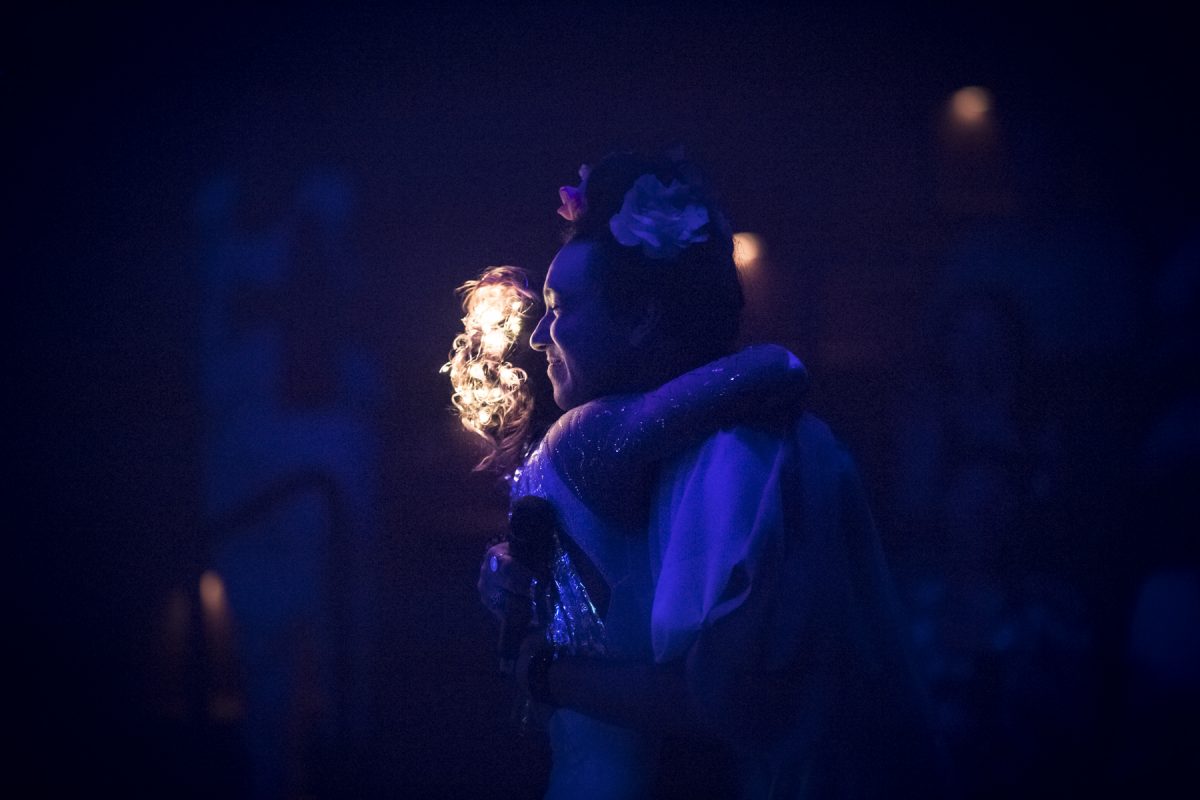 The germinative ideas for the project that eventually became Gender Euphoria began with friendship.

Through my work in cabaret, and through my long-running association with legendary burlesque production house Finucane & Smith, I met the astounding Maude Davey. Maude is an iconic theatre maker whose work spans from acting and directing – in the conventional sense of stage and screen –through to extraordinary contributions as a burlesque, cabaret and variety artiste.

Over time, we built an enriching and intriguing friendship based on our work in the performing arts, our curious minds and our shared social values, and full of profound conversation. 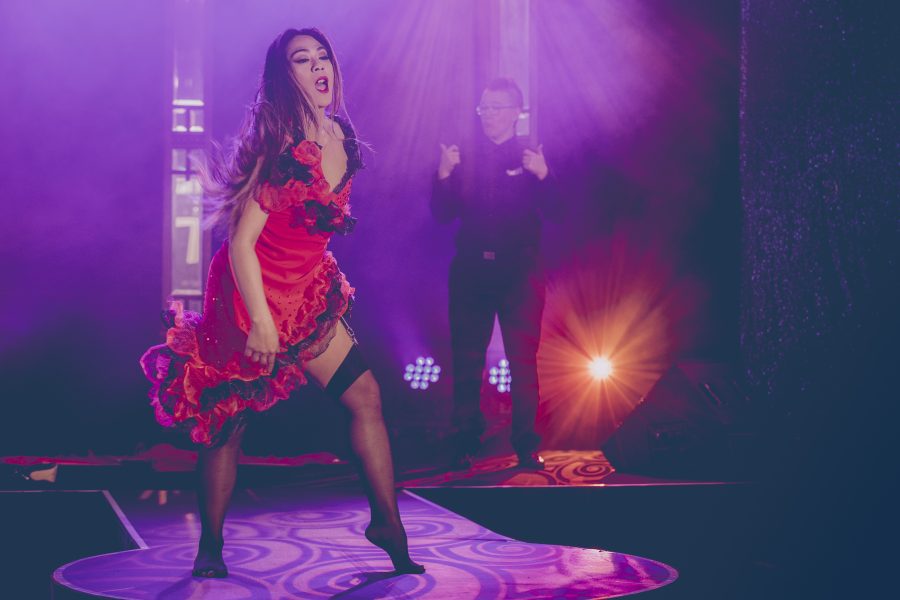 “Having friends and a community that you share something with – like self-identity
– is so important. Being trans comes with many difficulties and blessings. Sharing
these with friends and community makes us stronger and wiser as we further our
understanding of self, and push forward as we fight for our own rights as trans and
gender-diverse peoples.” – MISS BAILEE ROSE 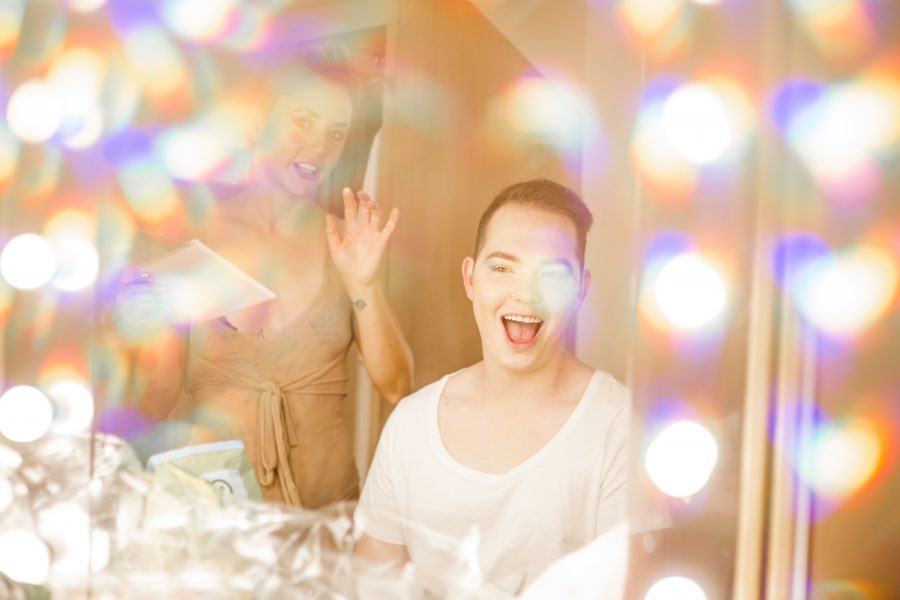 We talked about queerness and gender, and about their intersections with performance and performativity. We connected deeply on the way others – audiences, critics and people on the street – read each of our bodies as fluid and unstable. We wondered how to explore that in writing, or on stage, or in movement, or through song. We’re going to have to make a show about this, we whispered backstage many times during these complex discussions.

Maude and I had each been talking to our friends for years about these same issues. Chatting in foyers and after rehearsals, conspiring in corners at parties, long late-night conversations in cars: all about gender, society and ourselves. Pluralities, multiplicities, rivers of meaning.

Overwhelmingly, these conversations and these friendships came back to talking about, and seeking, a sense of joy. We acknowledged and understood the trauma, the pain, the suffering, the discrimination that we face as queer and trans people. We could see how mainstream depictions in media and culture latched on to – even reinforced – the idea that those struggles were the totality of our lives.

We wondered, Is this the message, that all we should expect and accept as trans people is misery? Or do we have the power to show the richer, deeper, empowering side of our lives? And we looked around and thought, Who else might be looking for this catharsis, this outlet, this sense of euphoria? We decided we needed to create this show to present this sense of joy to the world. 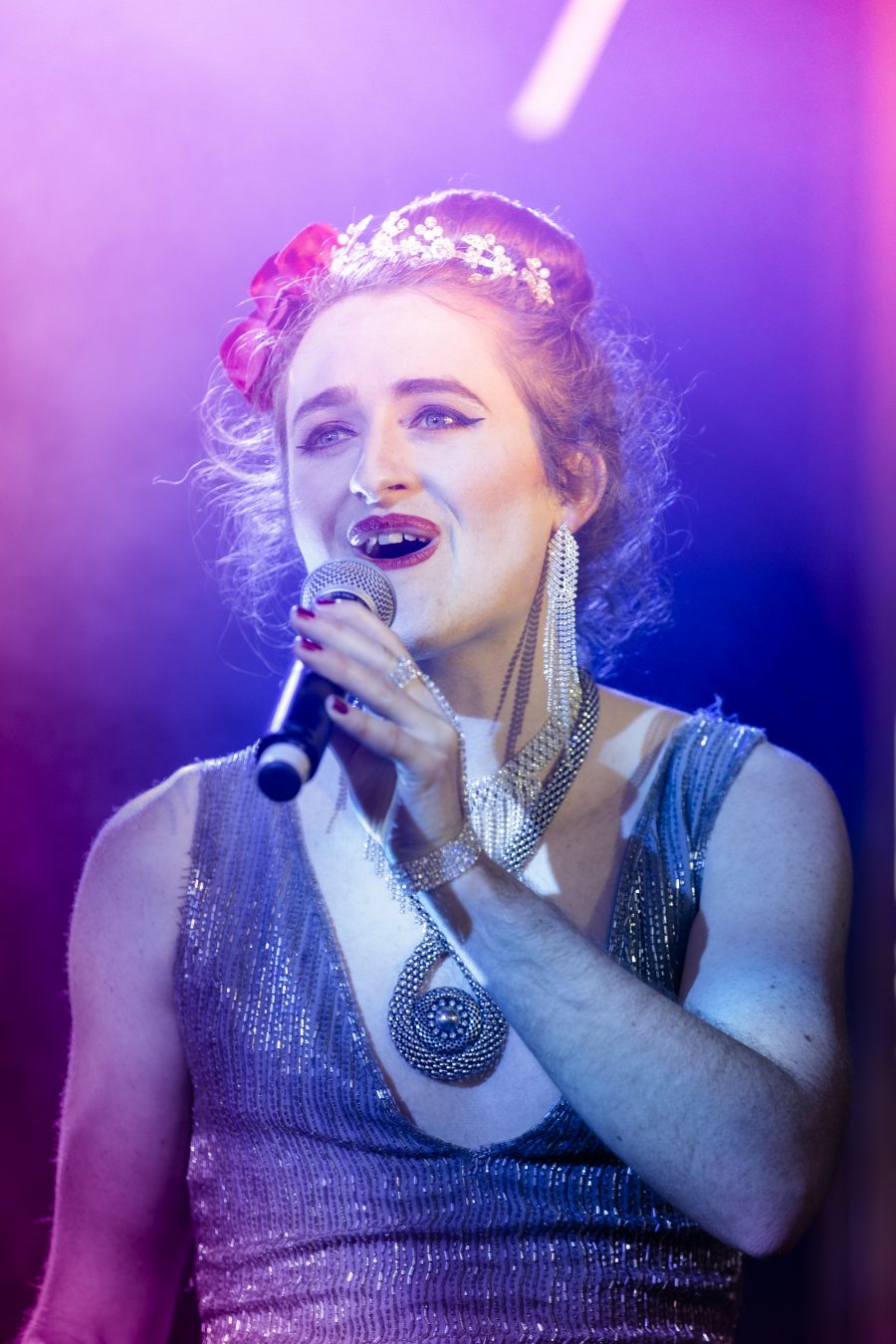 In the performing arts, we will often talk about our collaborators, fellow creatives and ensemble members as being family – in ways that are sometimes joking, sometimes poignantly heartfelt.

For some projects, this show-family dynamic only lasts as long as the work itself – and that’s okay. Once a tour ends or a production finishes, once the closing-night drinks and the final pack-up of the dressing rooms and bumping-out of the theatre is complete, it can all end (amicably, dramatically, with fond memories, or with utter relief). People drift and move on to other projects and other ephemeral close-knit ties, or life just happens, shifting time and place and social circles as it tends to do.

Other times, enduring bonds and stirring camaraderie are created through our work. The creative process can bring us together, as can the wild and unpredictable journeys the arts take us on.

But whether those backstage friendships are intense and fleeting, lead to lifelong companionship, or exist somewhere in between, they are more often than not meaningful, rich and transformative experiences. 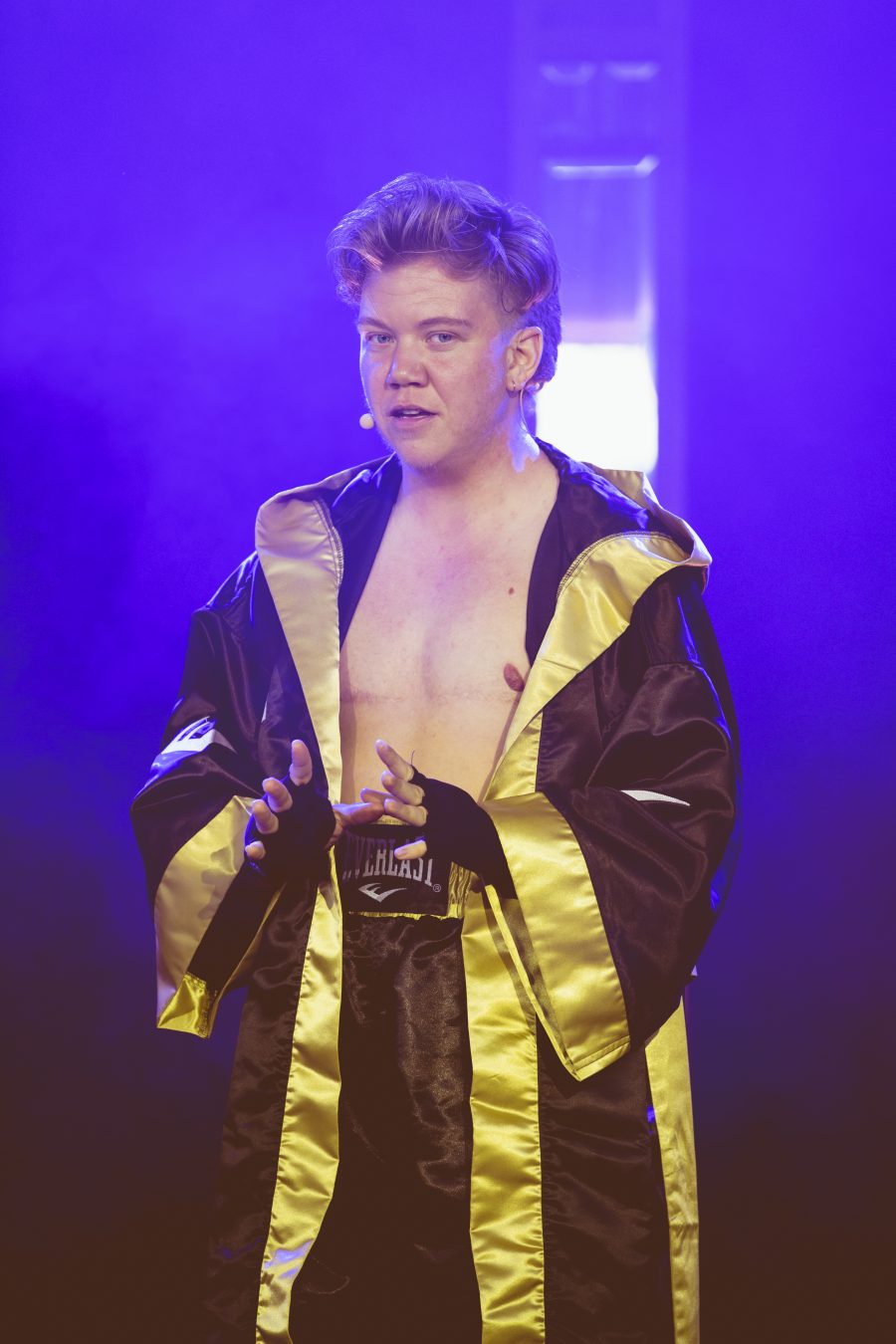 “It’s been an immense, life-affirming privilege to be in a rehearsal room with so many
other brilliant trans and gender-non-conforming people, where there is such great
shared understanding, and experiences don’t require so much explanation. A room
that celebrates the immense resilience and triumphs of trans people, where we focus
on celebrating ourselves and each other. We lift each other up and listen deeply and
it’s so important. We’ve gotten to share so much vulnerability with each other in such
a sacred and rare space.” – HARVEY ZIELINSKI 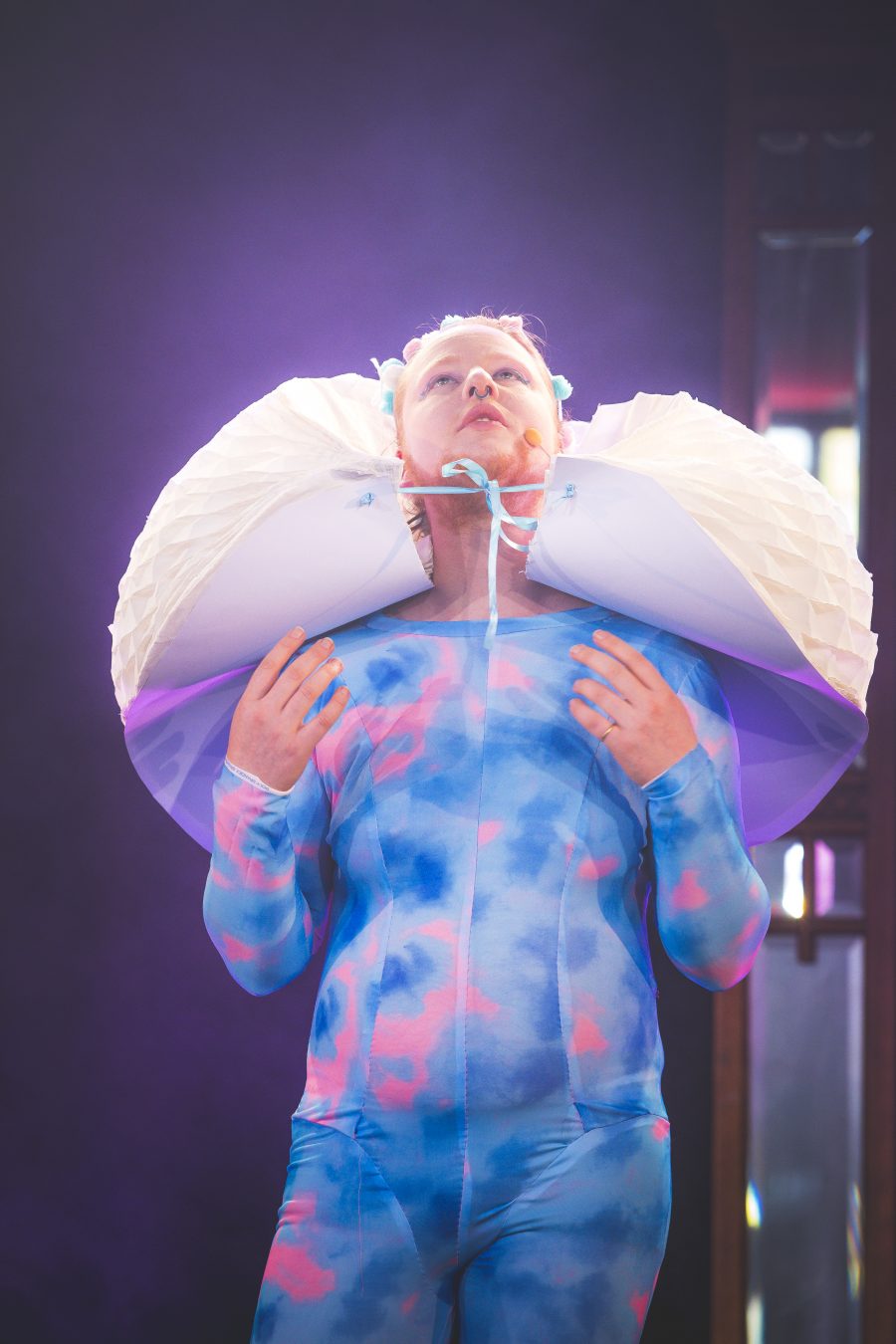 In the case of Gender Euphoria, friendship was a central element of our creative process. Many of the artists in our ensemble already shared close friendships, and during the early development of the show, our similarities drew us all closer.

It was the kind of friendship that grows from understanding: from shared elements of personal histories, lived experiences of gender and trauma, and discovering that you know and understand each other in a very meaningful sense. It comes from finding your way through a confusing and often hostile world, and encountering others just like you: I’m no longer alone. You too? I get it. I see you.

Those connections enabled the deep trust and radical empathy that allowed us to explore and tell our stories on stage with tenderness, vulnerability, pain, joy and honesty. The process of creating Gender Euphoria, of performing it together, of evolving and growing the show, was very much grounded in the magnificent capacity and potential of trans friendships. 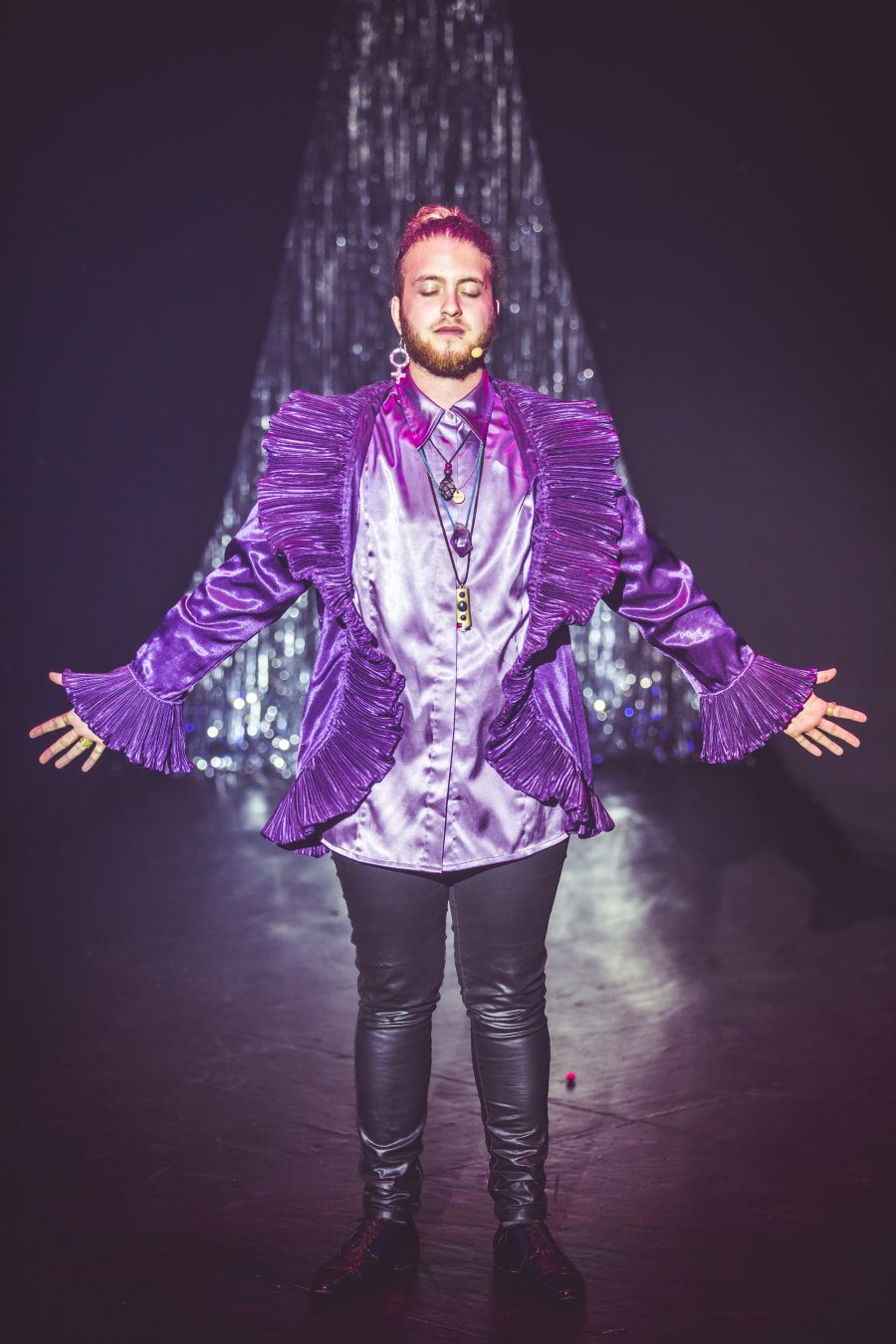 As saccharine as it might sound, friendship can offer us salvation. In a world that frequently tells trans and gender-diverse people that we are defective, unwelcome and abhorrent, friendships with each other are redemptive. Our friendships can teach us how to love, value and appreciate ourselves – to be more forgiving when we are our own worst critics, or when society’s message is that we should not exist.

In the contemporary moment, there is an emphasis on self-love and self-care, which I love. These are undoubtedly essential, but ultimately self-reliance cannot fulfil all of our needs for healing and care.

These ideas can also sit toxically alongside traditional centring of the nuclear, biological family, and the prioritisation of romantic and sexual partnership over other forms of love. In contrast, the nature of queer and trans friendships remind us of the importance of loving not just ourselves, but each other – in ways that are platonic, nuanced, expansive and community-building.

Because the ongoing creative process of Gender Euphoria is one of connecting, creating, reflecting and sharing together in a room of friends – trans friends and queer friends, and supported by allies and accomplices and those who love us – we could create a revelatory and radical space of healing, growth and love. Exploring and telling our own brilliant, multifaceted, complicated and messy but magnificent stories in this way created a space that can be uplifting and empowering.

Importantly, in this creative space of story-sharing and meaning-making built by friendship, we could explore the euphoria of our trans lives without casting away, erasing or hiding the struggles and hardships. We could acknowledge and engage with dysphoria because this work was grounded in trans friendship; we knew our pain would not be weaponised against us and that we were enveloped in love and community. 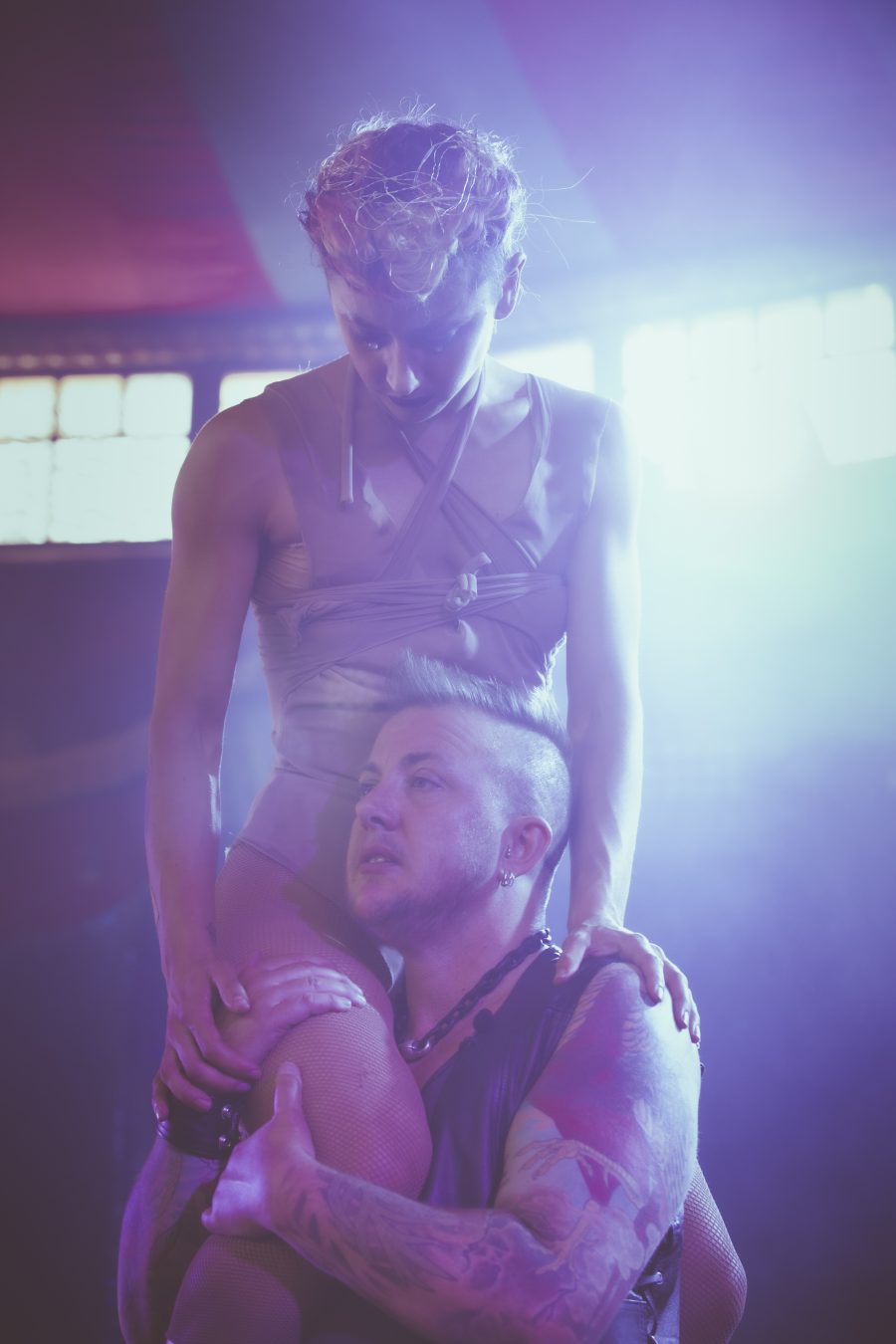 “Trans friendship is a profound thing that has given me a sense of ease to just show up as myself in a way I didn’t previously know was possible – like relaxing muscles I didn’t know I had… The experience of making Gender Euphoria is such an embodied experience for me – it feels like a light. To see and be seen by each other, and develop friendship and kinship within the cast, has felt like adding fuel to a very delicate little flicker, feeding it into a strong and bright flame.” – MAHLA BIRD

Discussions of the arts will often muddy the distinction between an audience and a community. Especially so in a capitalist system, where an artist’s audience become consumers and the artist themselves becomes a product. Through such a cynical lens, community can be reduced to a marketing buzzword, and community engagement is a bums-on-seats ticket-selling ploy.

Alternatively, the arts at their best can be a mirror to our world, an affirmation of our lives, a challenge to the ills of society, and a celebration of our communities. After every performance of Gender Euphoria, many audience members spoke with us. Queer and trans audience members especially expressed that they had never before seen themselves represented on stage in ways that they could connect with. There was a profound sense of connection and community-building – more than I had ever anticipated.

Through a work birthed from friendship, we had given ourselves, and them, permission to be glorious. Gender Euphoria didn’t just connect us with the audience – it allowed people to connect to their own self. That is the power, beauty and potential of queer and trans friendships: when crystallised and held up to the light, they create endless rain-bows, reverberating outwards to change the world. 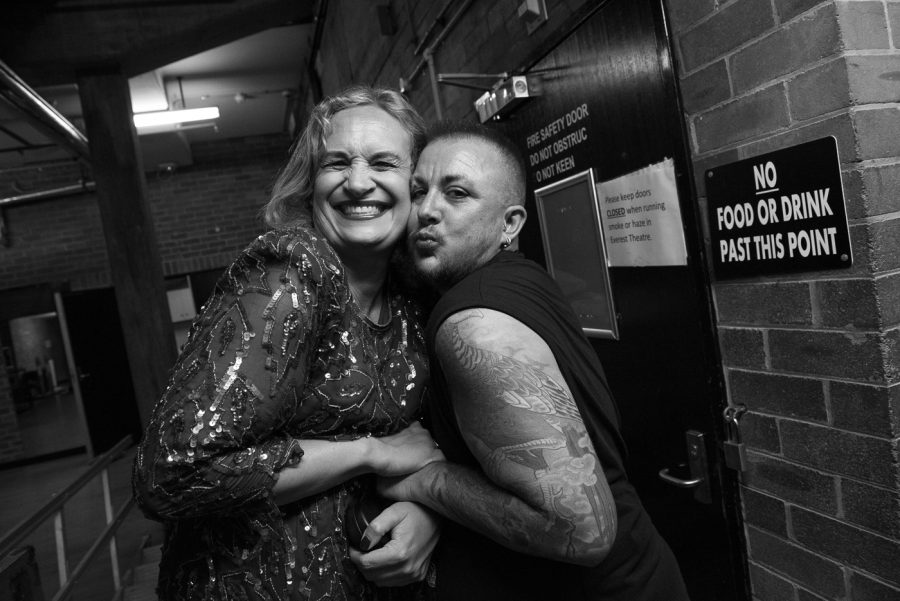 “We’re used to trans representation being one at a time. One person in a cast. One person in a company. One person in the room. Being that one person, when it’s you, is both a blessing and incredibly lonely. It’s bittersweet as an audience member too, when you only see trans performers or trans characters on their own. We grow up being told that being trans means being lonely. That for me is the big power of this show, the way it breaks that narrative and replaces it with an image of love and friendship and togetherness. I cry every time I’m backstage at Gender Euphoria because I never thought I’d find that. I see that on the faces of the audience, too – people finding something they never thought was possible – and it’s amazing to be in a room full of people experiencing that together.” – NIKKI VIVECA 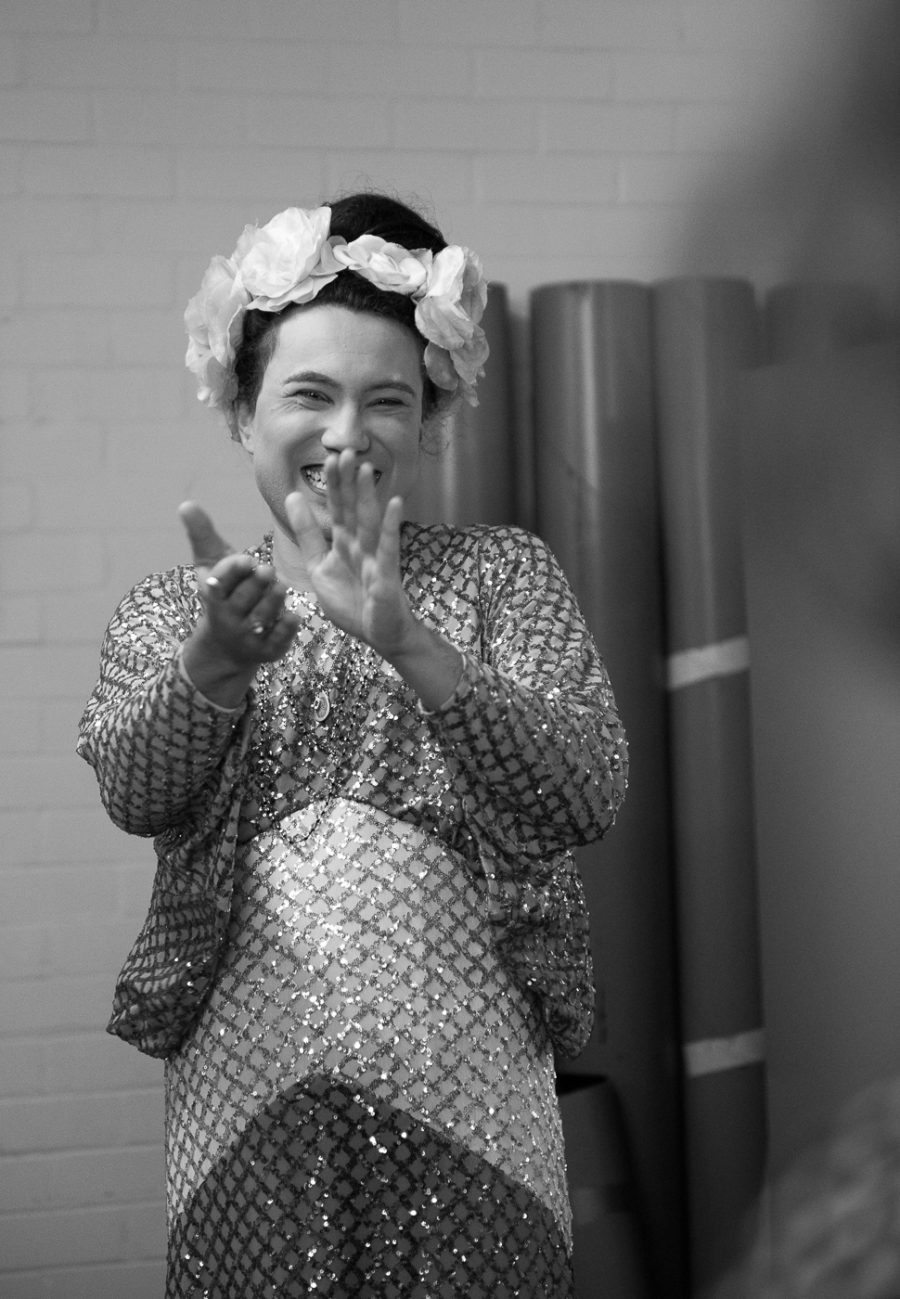 Mama Alto is a jazz singer, cabaret artiste and gender-transcendent diva. She is a transgender and queer person of colour who works with the radical potential of storytelling, strength in softness and power in vulnerability. Gender Eurphoria, co-created by Mama Alto and Maude Davey, is a ground breaking, critically acclaimed cabaret extravaganza featuring the largest all-trans-and-gender-diverse ensemble cast on a main stage in Australian history. Heralded as a significant cultural phenomenon by communities, audiences, artists and critics alike, Gender Euphoria premiered at Arts Centre Melbourne for Midsumma Festival in 2019, returning to Arts Centre Melbourne’s forecourt to perform a sold-out smash-hit season in The Famous Spiegeltent for Melbourne International Arts Festival 2019, and catapulting onto the Seymour Centre stage for Sydney Gay and Lesbian Mardi Gras2020. The Gender Euphoria journey – busting the binaries and saying hello to gender euphoria, goodbye to gender dysphoria –will continue across the world after the COVID-19 crisis.