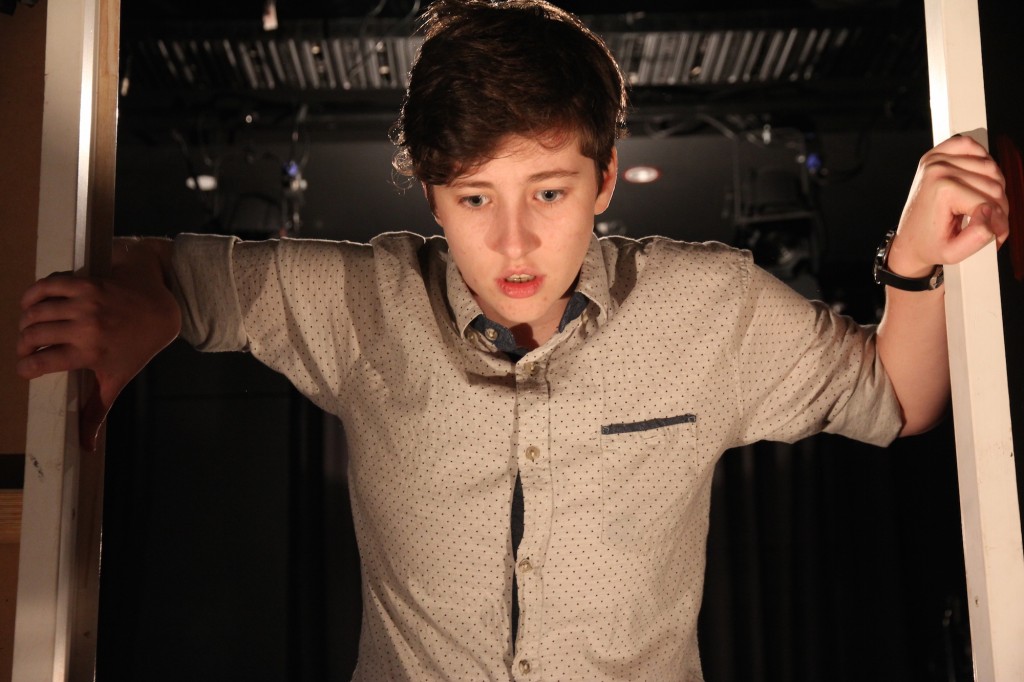 This is the second in a two-part series from author Charles O’Grady, whose play Kaleidoscope is currently showing in Sydney as part of the Official Mardi Gras program. Part one can be read here.

5. Everyone will assume everything you write is about you

One of my best friends from high school came to see Kaleidoscope. We hadn’t seen each other properly in a little while and had drifted over the years.

In the show’s first iteration, Gabriel’s parents had divorced, something he mistakenly blamed himself for. After the show, she found me in tears, hugging me and apologising, sobbing that she just had no idea they broke up. When I asked who she was talking about, she pulled back and looked at me and said she meant my parents.

My parents are very happily married and, more importantly, not the parents Gabriel has. Whilst Gabe has some of my life experiences, and some of his stories about old coworkers or guys in bars are in some way my stories, he is not at all me. Not only that, but he walks through literal walls!

The assumption that friend made was understandable, but it points to a broader problem wherein people assume all work about oppression is true to life. This is problematic because it assumes identical experiences across a specific community, and it undermining a writer’s creativity.

I don’t really have any advice for you on this one, just that you should not be discouraged by this assumption. And, more importantly, you should not let the assumption that your work should be about you stop you from imagining new things.

6. You will make friends you never knew you needed, and sometimes become the friend someone desperately wanted

After the opening night of Kaleidoscope’s first run, I found myself at a bar with a number of the audience members. The running gag the actor and I had was that after each show we would ask cis audience members to “buy a trans a drink” – which meant on this occasion I had a not insignificant number of drinks. As people trailed off or went home later, I realised that the people remaining were myself, the actor, and three or four other queer trans men.

I had never been surrounded by so many people who shared something of my experience before, and I had certainly never been in that situation with no cis people present, and with people I genuinely got along with.

It’s not only the expansion of my own community. A great number of people I have met through this show have told me (including both actors who have performed the show) that they didn’t have many, if any, trans friends before this, and have since made a number of them. Even more humbling are the people who have told me they’ve questioned their own gender identity after reading or watching my work (thus furthering my evil plan to turn everyone in the world queer).

When you put work out there about [insert issue], you are providing a beacon, however small, for people who have not been able to find stories about someone like them. You are saying to those people “hey, there’s someone else here like you, there’s someone who cares about you, and there are people who want to tell and to watch stories like yours”. That kind of validation can be immeasurably helpful.

Someone I have worked with for over a year now came to see Kaleidoscope. He’s someone who never seemed to get the hang of referring to me as “he”, despite my repeat attempts to correct and educate. This included several introductions and group emails in which he misgendered me. When I would correct him, he would often treat my frustration like a joke, and certainly didn’t translate this to a change in behaviour. After seeing Kaleidoscope, however, his attitude completely changed: not only did he stop getting it wrong, but he now always uses my pronouns when introducing me to new people, and will privately correct other who misgender me in his presence.

Nonetheless, it’s impossible to describe the humbling and gratifying feeling of seeing someone’s behaviour change and knowing you had a hand in that, or of hearing someone tell you your work spoke to them in a way nothing has.

It’s vital to remember your potential power to speak to a whole community of people, to become part of that community yourself, and to speak back to the endless barrage of work about cisgender, heterosexual, white, able-bodied, financially-comfortable men.

Remember the power you wield just in putting things on paper and sharing them with the world.

Charles O’Grady is a student, poet, playwright, and jack of multiple other trades. He is also good at bowties, bad at feelings, and available for dates. He tweets @charmandrogyny.

Kaleidoscope is on now until Friday, 4th March at the Kings Cross Theatre. More information is here.