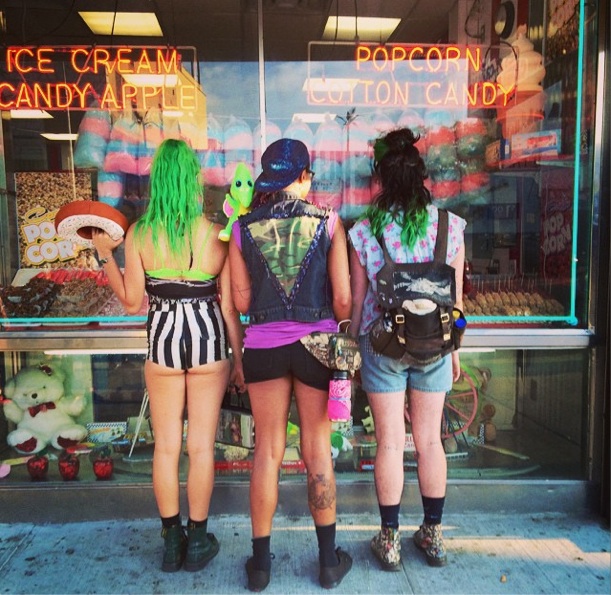 “IT REALLY SURPRISES me that I’m attracted to you,” my last girlfriend told me. “I’m usually attracted to much butcher women.”

The edges of my bow-tie curled up and my asymmetrical quiff flopped down over my face. I felt like a billboard for a queer subcategory. And apparently the billboard was in need of some fresh paint.

My last girlfriend’s words were representative of a phenomenon that accompanies me throughout the queer dating scene: pigeonholing.

“I could NEVER date another femme. I’d rather eat my kitten heel!”

“If you’re not wearing a vest, flick left.”

“There’s only room in a relationship for one boi.”

The gender roles and physical attributes required in a potential suitor feature prominently in the queer community. Why is it that a community that is supposed to celebrate diversity and inclusivity can often be the most exclusive when it comes to finding that special someone?

One factor could be the efficiency through which we can screen people on the Internet.

Photo: Ooh, she has a kind face.
Bio: Ooh, she’s quite partial to an Oxford comma.
Questions: Ooh, she’d rather do charity work in Botswana than have a week of debauchery in Seminyak.

I’ll send her a message! Oh. “Femmes only.” Foiled by the fine print again.

While it’s convenient to specify what we’re searching for (to lower the risk of waking up with only one kidney in a bathtub filled with ice), do we miss out on meeting some excellent people by not being open to other ‘types’?

My type is intelligent. If we’re talking categories of physical attributes, they’re bois, femmes, trans, butches, sporty ladies, bookish ladies, hippies… the list could go on forever. They’re intelligent in some or many ways, and they’re kind. Their dress sense, their haircut and their choice of hobbies are inconsequential.

Is it really innate? Are we actually pre-programmed to exclusively find specific subcultures attractive? Or is it just another byproduct of subconscious grooming by pop culture and the media machine?

Remember that beautiful girl in year eight who told the whole school that you didn’t shave your legs and there was a family of monkeys living on them? After that, she was suddenly ugly in every way.

And remember that nerdy girl you’d never even noticed, who helped you out in year ten maths class, who suddenly had the most beautiful smile in the world once you’d seen how kind she was?

Those experiences don’t just cease to occur when we sign up to Tinder. But maybe in the hustle and bustle of modern, grown-up living, it’s just easier to streamline all of our experiences rather than keep our minds open. There is no swifter process of elimination than ruling out certain looks.

How many times have you heard a friend say, “I’m surprised, because they’re not my usual type,” when someone has unexpectedly crossed their path? It’s probably just that they had no choice but to engage with that person, and see more to them than just their exterior.

Maybe the sight of a waistcoat really does trigger a chemical reaction in a femme’s brain. Maybe kitten heels really do make butches forget how to speak. The variables are exponential and there are probably millions of answers.

Whatever the answers, the fact remains: dating is a battlefield. Your skin has to be thick, and your bow-tie done up tight.

Kirsty Webeck is a stand up comedian, writer and career queer from Melbourne. Her new stand up show Rebranded starts in Melbourne on November 8.