Pomosexuality: Finding a term that fits 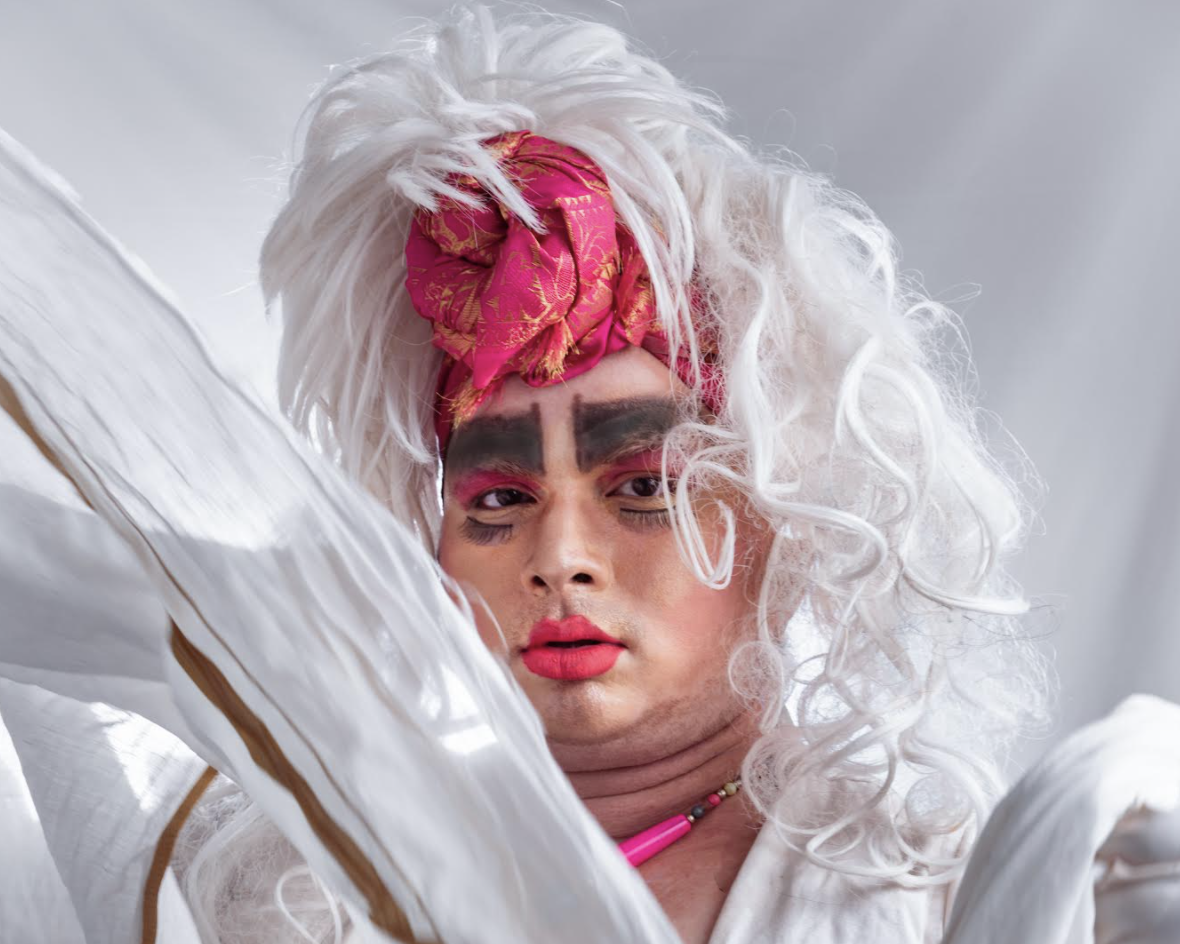 In early June, I was preparing myself for the rainbow marketing and pink washing that comes with the celebration of Pride Month each year.

During this month, brands and organisations often come up with new logos and various types of rainbow branding. They host talks, plan shows, and make a sudden effort to ensure conversations include discussions of gender and sexuality.

For this one month, as a queer performer, the spotlight that’s pointed firmly away from me for much of the rest of the year is suddenly shone on my face. And when it is, each of these curated spaces becomes a battle ground on which I must fight to tell the story of my gender and sexuality authentically, and to argue the significance of my existence beyond one marketable month.

I haven’t always had 100% clarity about my sexuality. At the age of 5, I experienced attraction to only two genders. I came out as bi but, as I grew, I found myself becoming attracted to more than two genders. I became more aware of the gender spectrum, and began to identify as pansexual. For a while I stuck to my pan identity firmly, and I never considered that one day it would come to feel inaccurate.

I began to explore and connect more, emotionally and physically, with my current partner of opposite sex. Through this exploration, I realised that there was no pattern to my attraction towards others. I had once understood a part of my identity as experiencing romantic connections with certain genders and aromatic connections with others. Now, I was beginning to realise that wasn’t the case.

These emotions were confusing. I felt that my experience no longer fit the descriptions of pansexuality I encountered. Sometimes, trying to label my sexuality caused me more stress and trauma. Although I knew my sexuality was validated by my choices, I still felt the need to define all of my partnerships, and to prove time and again my position within the LGBTQIA+ community.

I believed that there was more to my sexuality than just a mere definition. Giving myself new labels was becoming upsetting rather than liberating, and my existence had begun deteriorating because of it.

It was around this time that I came across the term “pomosexuality”.

Pomosexuality describes people whose sexual orientation isn’t represented through conventional terms, such as homosexual, heterosexual, and bisexual. Some pomosexual people may be queer or questioning, and others may not. As I read further into it, I understood that pomosexuality, also called “labeln’t”, refers to someone who denies, or doesn’t fit, any of the labels that are meant to signify a particular kind of attraction.

A pomosexual person rejects, has an aversion to, or does not fit any sexual orientations such as gay, straight, bisexual, asexual, etc. This can be because they find the typical ways of describing sexual orientation inadequate when it comes to defining their own experience.

I also discovered a bit of the history behind the term. It was coined in 1997 by writers Carol Queen and Lawrence Schimel. ‘Pomo’ is short for postmodern and, although the term overlaps with many others, it’s never been intended to replace them. Rather, other labels and theories have served as the starting point for the concept of pomosexuality.

The book PoMoSexuals: Challenging Assumptions About Gender and Sexuality by Carol Queen  draws on similarities to the postmodernism art movement in its exploration of the emergence of pomosexuality. It suggests that the beauty of postmodernism – and of pomosexuality – can’t be appreciated without looking at its roots in modernism. The book acknowledges that although more “neatly organised” sexual orientation labels found within the LGBT+ community might fit some, not all people feel as though they fit those labels.

With the discovery of pomosexuality, my quest to accurately define my sexuality has finally come to an end. The term has provided me with the ability to describe my true self, and has helped me to own my feelings and attractions through the validation it provides. For a long time I believed that there wasn’t a correct word in English that defined my sexuality. 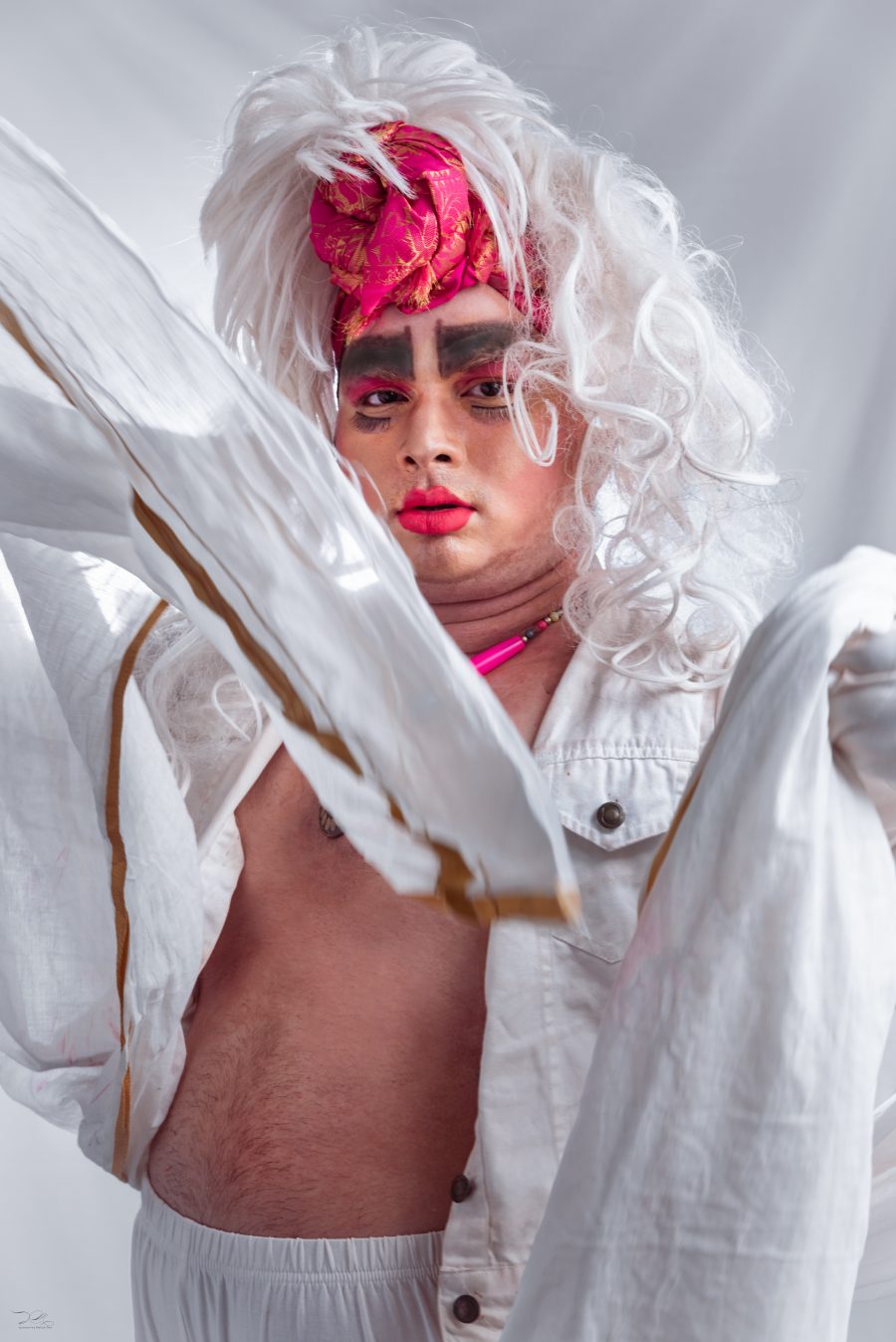 From the author’s series, Pink Flamingo.

Pomosexuality was a term that I discovered when I needed it most. But when I started coming out as pomosexual to people, a new kind of struggle started.

Some believed that I was misspelling the word ‘homosexual’. Some believed that it was just a ‘fancy’ word to define my sexuality. Others thought that I was using it because I feared coming out as a homosexual, and that this was a word to hide behind because I was afraid to be involved with men. Some even ridiculed the entire existence of the term and my experience, calling me an attention seeker.

We are still fighting for wider acceptance of the LGBTQIA+ community as a whole, and my own sexual identity often goes completely invisible. The acceptance of alternative sexualities is still a long way away, and the fight has barely started for pomosexuals. But I’ve realised that by using my voice, this is something we can achieve faster.

There is something about the word pomosexuality which intrigues people, and this intrigue is what inspires my creativity.

I wanted to celebrate my true sexual identity as a tribute to the many people who identify as I do, and I wanted to create art that exists within its context. I’ve always believed that art can have more power than words.

I want to create wider acceptance, and art is my weapon to create it.

I often use drag to talk about my self-acceptance of my own sexual orientation. Shades of pink and white define the pomosexual pride flag, so in my most recent work, Pink Flamingo, I wanted to create a look inspired by it. With the help of Manab Das, a friend and a photographer, I was able to bring this imagery to life.

Using major shades of pink, white, and blue, I’m decked out in a soft saree and an open sleeve. I express my sexuality by showcasing my upper body; bare in parts, while others remain covered.

The title of my work is a reference to the cult movie Pink Flamingos, in which binary ideas of sexuality and gender were famously destroyed by John Water and Divine. The film is one that helped me in my journey to find acceptance of my sexuality, and to sink into the idea of self-acceptance more generally.

My imagery is my way of expressing the importance of self-declaration of one’s gender and sexuality, and of the need to accept people however they wish to identify.

There is a fair chance that, as we progress, alternatives to the terms we currently use to define our sexuality and gender will change. One day, every individual might even have their own pronoun and sexuality.

Regardless of whether or not this is the case, we all have a responsibility to respect people who identify as themselves. Only by adopting this thought process can we make the world a better place for everyone.

There is no queer liberation until the last queer person’s right to live with dignity is granted to them. This is true pride; the pride we need to celebrate always.

Patruni Chidananda Sastry is an Expressionist Dancer, Writer, Folk Musician, Performance Artist and Drag queen from Hyderabad. Patruni started dancing at the age of 7. Patruni Sastry’s unique style called “Expressionism” is a new way to tell stories of awareness to the society. Patruni has also been performing Tranimal Drag under the drag name of Suffocated Art Specimen (S.A.S). Their style for drag brings unique footprints of anti-art queen, their blend Indian aesthetic of drag such as pagativesham, behroopiya and other traditions with drag and present it to Indian audience. They co-founded Dragvanti, an online website for the drag community in India. Find them on Facebook, YouTube, and Instagram.