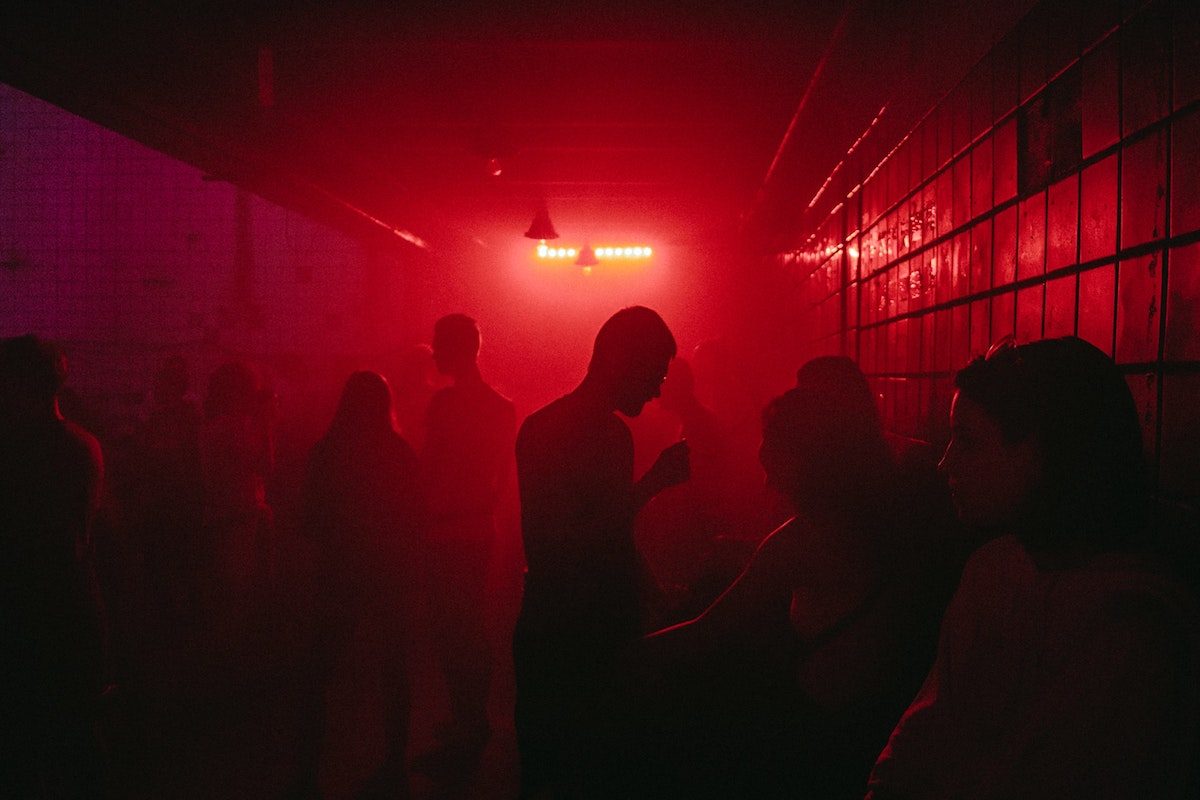 I was deep into Melbourne’s second lockdown, writing an article on COVID’s impact on queer nightlife, when my editor showed me queeringthemap.

Sifting through notes pinned against Melbourne’s most recognisable fixtures was beautiful and haunting; a showcase of the breadth of our queer experience, but too often a reminder at the fragility of our spaces.

What surprised me most was how the spaces we’ve held onto have evolved over time.

A message stamped to Australia’s longest running gay-owned bar The Laird, read: “Used to go to Leather Pride meetings here in the 90s and stick around for a while after, before heading to the Glasshouse down the road. Such a formative experience. Now it’s men only and it makes me sad.”

It was my own naivety that presumed their door policies were rusted relics of legacy and tradition. The Laird, I had thought, simply always catered exclusively to men.

A little extra digging on their official website aligned with the geotag: “In 1998 The Laird and Club 80 were granted ‘Male-only’ status by the Victorian Civil and Administrative Tribunal (VCAT) in deference to their history and service to the gay community.”

How is gender expression policed? What markers and characteristics do our literal gatekeepers lean into when making their judgements?

Is self-identification enough? Or must we perform our gender in a way that satisfies the cultural undercurrent of the space?

Wet on Wellington, a popular Melbourne-based pool, sauna and sex-on-premise venue, is grappling with these very questions.

Earlier this year, they issued a survey to gauge their patron’s comfort in welcoming trans men through their doors.

Whether intentional or not, the survey’s three questions were transphobic, ignorant and altogether harmful. The venue has since issued an apology, vowing to work with community to redress the establishment’s attitudes.

But hidden in the survey was a fourth, more important, question: what relevance do exclusionary “gay male-only” spaces hold in 2021?

Queer spaces can indeed be optimised for exclusion, carefully curated to welcome particular demographics over others. This curation was notably exemplified in Poof Doof’s 2019 photo brief scandal.

A problematic document came to light from Poof Doof’s past, instructing photographers to exclusively focus on muscular cis men. Both sexism and body-shaming stained the document.

The club’s management quickly spoke against it, promising that the space had evolved to cater for “everyone”.

But the brief was an apt reminder of how privilege is distributed. It showed exclusion didn’t always have to hinge on a door policy.

Every space needs its own hook. But the existence of spaces reserved exclusively for men has always struck me as peculiar.

We dominate – through body count alone – the queer spaces we have ready access to.

I therefore understand the need for spaces without us. Spaces where communities and cultures can breathe and thrive without our influence and surveillance.

While the existence of “cis” spaces is wholly problematic, our persistence to segregate space across the increasingly blurred lines of gender also warrants a deeper interrogation.

What relevance do male-only spaces hold at a time where many reject the binary altogether? Spaces that definitionally cater to cisgender men like myself seemingly only protect us from any promise of difference and diversity.

Wet on Wellington states that it “has always been a welcoming, safe & inclusive place for cis males”. I’m unsure of what threat the cis male-only sauna imagines when pointing to its in-built safety.

Statistically speaking, we are categorically our own greatest threats.

Aram Hosie is a 38-year-old trans man who is a long time LGBTIQ advocate. They are the co-founder of PASH.tm – Australia’s first and only peer-based sexual health organisation for trans masculine people who have sex with men.

“It was a mixture of disbelief and anger,” they said about the survey.

“We’ve come such a long way when it comes to both mainstream and LGB inclusion of trans people, that this felt like a real anomaly.

“It was surprising to me as well because trans men have been accessing sex-on-premise venues – including Wet – in Victoria for years now,” they told me.

“This suddenly being presented as a ‘problem’ in need of a solution felt very odd. Especially when there are great policies at other venues Wet could have drawn from.

“And it made me angry, because I thought we were well past this now,” they added. “I thought the fights we had to move past defining trans people based on our bodies were well and truly in the past.

“To see the language and concepts presented in this survey was so disheartening. It made me angry too because I knew this was going to hurt people – and it did.

“It made accessing Wet less safe for trans guys who have been going there without incident. It kicked off a conversation within the gay community that wasn’t always safe or respectful for trans people.

“It was harmful. It felt incredibly unnecessary, which is really frustrating,” they said.

Exclusionary door policies – particularly for sex-on-premise venues – are erected on banal and elementary assumptions. How is seeing a body quite different from my own – a trans man, or a trans woman, a non-binary person, a cisgender woman –  threatening to my sexual potential?

Cis male-only spaces only cater to a gendered essentialism that is very much at odds with our broader queer agenda.

As gay cisgender men, we do very little to support trans people in the spaces we all have access to. But we work overtime in invisibilising trans men from our culture and collective experiences.

People are not defined by anatomy. We understand the importance of reframing our language to be more gender inclusive when referring to reproductive rights and justice.

Yet, we do very little to decouple the logics of biological essentialism when referring to our experiences with our own bodies and sexualites.

“I’m confident that we’re heading in the right direction, but of course we won’t get there by accident. It will require ongoing, intentional effort from both trans people and our allies to create safe and inclusive spaces for everyone.”

“The gay cis men who spoke up to Wet played an important role in helping call out the inappropriateness of that survey, and their allyship provided some comfort to the transmasc people who were hurt by the survey,” they said.

There are discernible ways of curating a space that signal an intended clientele without introducing exclusionary door policies. But to discriminate on the basis of perceived gender – or worse, genitals – only reinforces the fibres of cis male supremacy that run rampant through every institution.

To discriminate on these bases only confirms the broader societal entitlement of men: to spaces, bodies, and the privileged right to experience both in the siloed parameters we demand.

The responsibility lies on all of us to interrogate our gendered assumptions so that we can radically transform our spaces to be  safe and accessible.

“None of us in the LGBTIQ community are above having our own biases, being careless with our language, and sometimes taking up or policing space in ways that are problematic,” Aram said.

“Doing the personal work to learn and challenge ourselves – and be actively inclusive – is important and needs to be ongoing.”