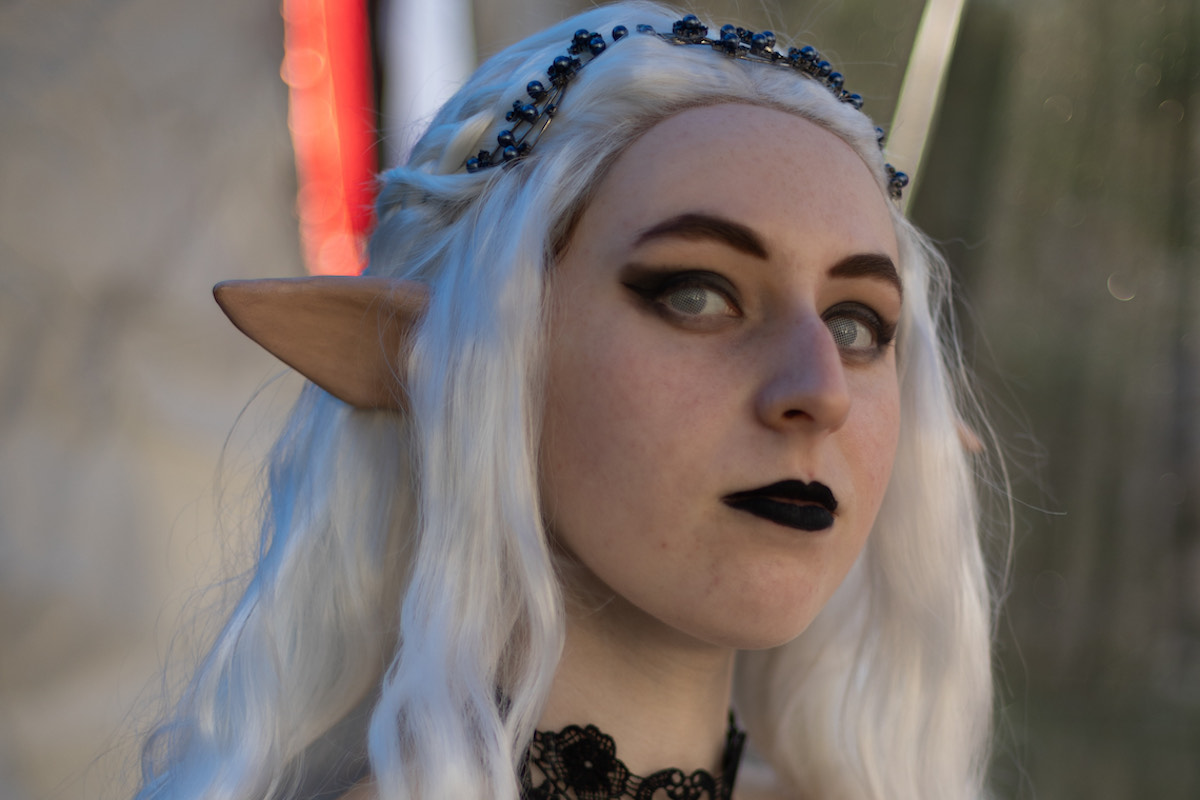 One evening in 2018, I unexpectedly found myself in a world of wizards, goblins and sword fighting. A friend had asked if I wanted to join her at a Live Action Roleplay event.

I’d never played Dungeons and Dragons, nor was I into video games. Next thing I knew however, I was carrying around a rubber sword and referring to myself as a halfling.

Live Action Roleplay, or LARP, is a fantasy game that involves re-enacting characters based on lore created by the game’s administrators.

LARP is more than just a bunch of nerds chasing each other across a field; it serves as a wonderful safe space to explore your identity through characterisation. For some, LARP has been the place where they’ve discovered their gender identity and sexuality.

My own journey in accepting my queerness began at LARP, having decided to play a queer character and realising that it was something I wanted to replicate in the outside world. I most likely would have come to the same conclusion without LARP, but much later and without being amongst an incredibly loving, generous and fiercely supportive community.

To understand the ways in which this happens, I spoke to three LARPers, from a game hosted in Western Sydney called Scy’kadia, about their experiences with gender identity and sexuality within the roleplaying game.

I spoke to Leo (he/him), Bertie (they/them, “sometimes vibe with her and he”) and Amelia (she/her).

Hi, friends. I’d love to start by getting to know the main characters you play at LARP.

Amelia: My main character, Koran, is an elf and leader of Scy’kadia’s ‘evil’ faction called Shadow camp. But evil is an oversimplification; like Koran, there’s complexity there. Koran is arrogant, selfish and power hungry, so he’s perfect for running an evil camp.

However, he’s polite to a fault, approachable, and he might even apologise for killing someone. Plus, manners are important to him. He’d be happy to murder someone, but would have to change clothes after if he got them dirty.

Bertie: Currently I play Flax, a non-binary demi-god who wants to do good, but is very concious not to be a person so defined by their morals that they can’t have fun.

When I created them, I knew they’d be the centre of Light camp (the ‘good’ faction in Scy’kadia), and that they weren’t going to be this stick in the mud. I wanted to bring fun to my camp.

Leo: I have a few characters that I play. I use costuming to develop my character: creating a silhouette, using specific colour schemes and building from there.

First there’s Wyl, who is a forest monster with a taste for human flesh and identifies as it/its; the main colours for Wyl are purple and brown. Then there’s Echo, an evil priestess witch who is very evil. Her pronouns are she/her.

When developing her character, I started with a very feminine shape and used black and white as my main colour scheme. When I came out as a trans man, I wanted to avoid gender dysphoria, so I created a new character called Atticus, a he/him who is a compulsive liar and a sadist. 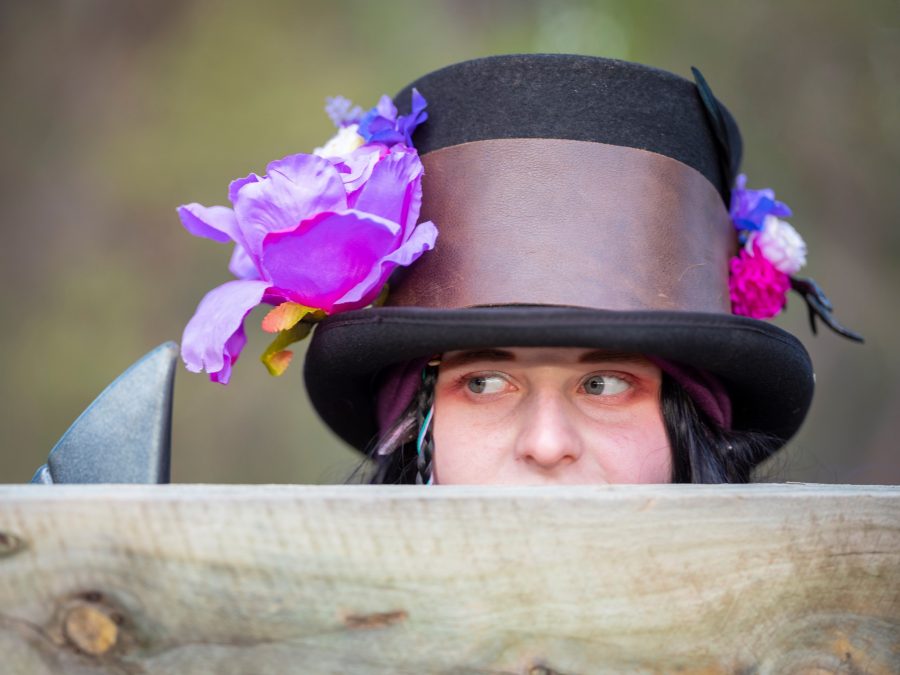 Interviewee Leo as his character Wyl. Photo by Mark Hudson.

What is your favourite thing about Live Action Roleplay?

Bertie: Overall, the community of support I’ve found, and the ability to be someone else for a bit. LARP has become a very safe space for me to keep indulging the theatre kid side of me, without all the theatre pressure. There was always pressure to do well, do auditions, get great marks. There’s no pressure with LARP.

Leo: It’s generally a nice community made up of pretty nice people. I would call them family. It’s a really important thing to have those stable people in my life.

I’ve discerned a lot of things about myself. I wouldn’t be as happy as I am today without it.

It’s been said by many LARPers that the game is a great way to explore your identity. Is this something that you’ve noticed in the community?

Amelia: Absolutely. It’s a safe way to [explore your identity], especially if it’s within a safe community. You can play male or female presenting characters without real world consequences. At the end of the day, it’s a mask you can take off, but you still had the experience of exploring.

Bertie: I think so. I know so many stories of people coming out as gay or as trans through Dungeons and Dragons, and LARP is an extended and immersive version of that. So many people say, “I’m just playing a character, so why don’t I make them the complete opposite of what I am?” Then they discover, “I really like this part of the character. Oh wait, I really like everyone calling me ‘he’.”

No one is going to question that you’re doing something completely different from yourself, so it very quickly becomes a safe space for those questioning their gender identity and sexuality.

As a trans man, what has been your experience of playing a female character in LARP?

Leo: I created Echo as cis woman before I had come out [as a trans man]. When I first created Wyl, I hadn’t realised who I was, but it makes no sense that Wyl has any gender. I played another character, Atticus, when I first came out to avoid the insecurity and confusion of playing a cis woman.

I feel secure enough now in my identity, and enough people know who I am, that I would feel confident playing a cis woman. Gender is just a characteristic of this character type. When creating a character, I view their gender as what makes sense for them, what would fit the vibe that I want and how I’m going to represent that.

It’s a similar thing to having a character with a certain colour of hair or a certain style of dress; it’s like putting on a different costume. 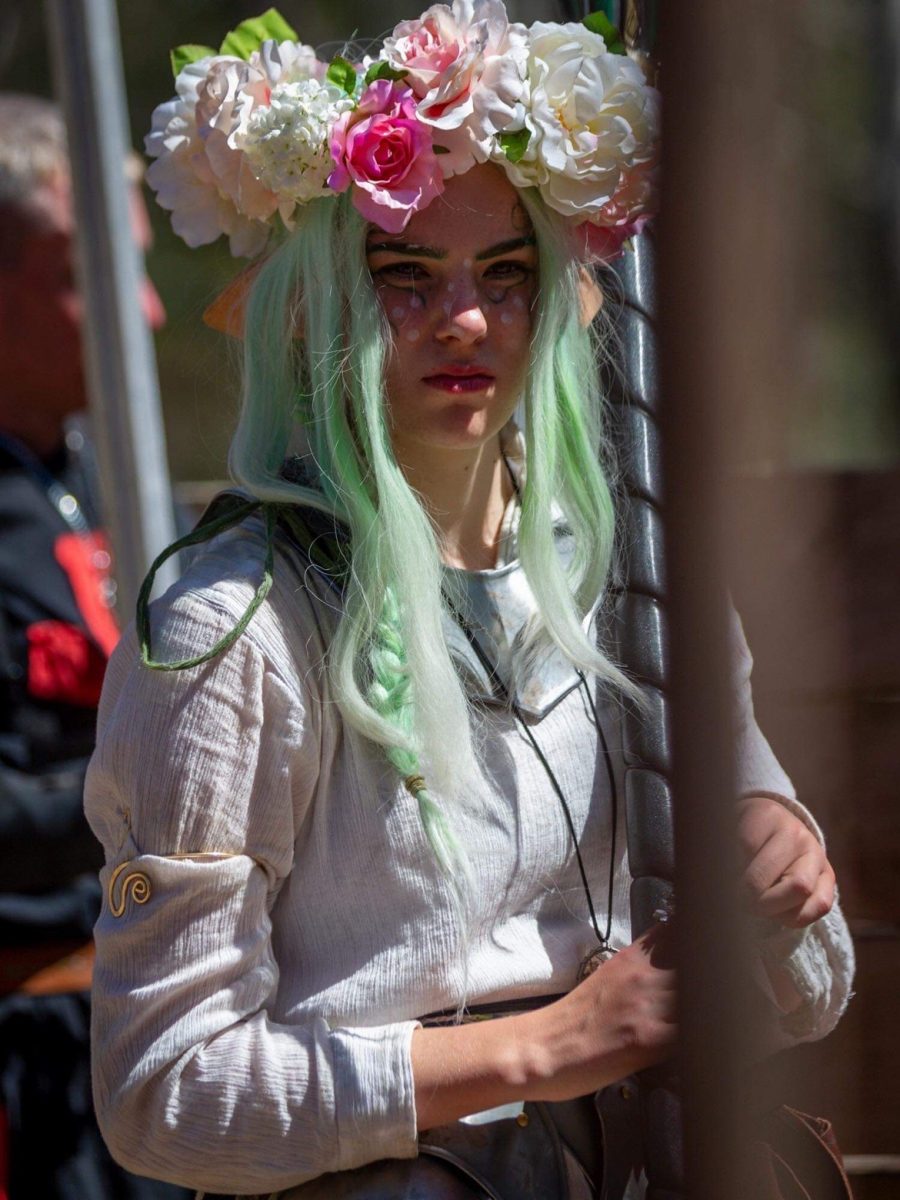 Interviewee Bertie as their character Archa. Photo by Mark Hudson.

As a trans woman, what has been your experience playing a male character in LARP?

Amelia: It’s a complicated question. I’ve asked other trans people about playing a character that doesn’t match their gender. I don’t know if it’s purely a trans thing. Some people have trouble mixing themselves with their character, but there’s a clear separation between Koran and I.

When I put on the makeup, the costume, the wig, that’s not me; that’s someone else.

What role has LARP played in exploring or finding your identity?

Bertie:  I don’t think without LARP I wouldn’t have found my gender expression. I had only just started to think about it, and  LARP was in this field where I could explore characters and other spheres of myself. I was still living with my deadname.

When I went to LARP, it was an opportunity to try out Bertie, as the people at LARP didn’t know my deadname.

It became a safe space to explore my gender with people who wouldn’t accidentally deadname me. The pure joy of being Bertie made me think: yep, this is how I’m going to be.

In three words, how would you describe the feeling of having become a LARPer?

Thanks for the chat everyone. Happy LARPing!

The beauty of life-changing experiences is that they often occur in the most unlikely of places. What I thought was just a bunch of people wearing elf ears and reciting spells, turned out to be a wonderful space for people to explore and express their authentic selves.

Lucinda (she/her) is a musicologist who has written for Polysterzine and Elle Australia, been the social media coordinator for the Greens Lindsay, and runs a blog titled Lady Mediocrity Speaking.