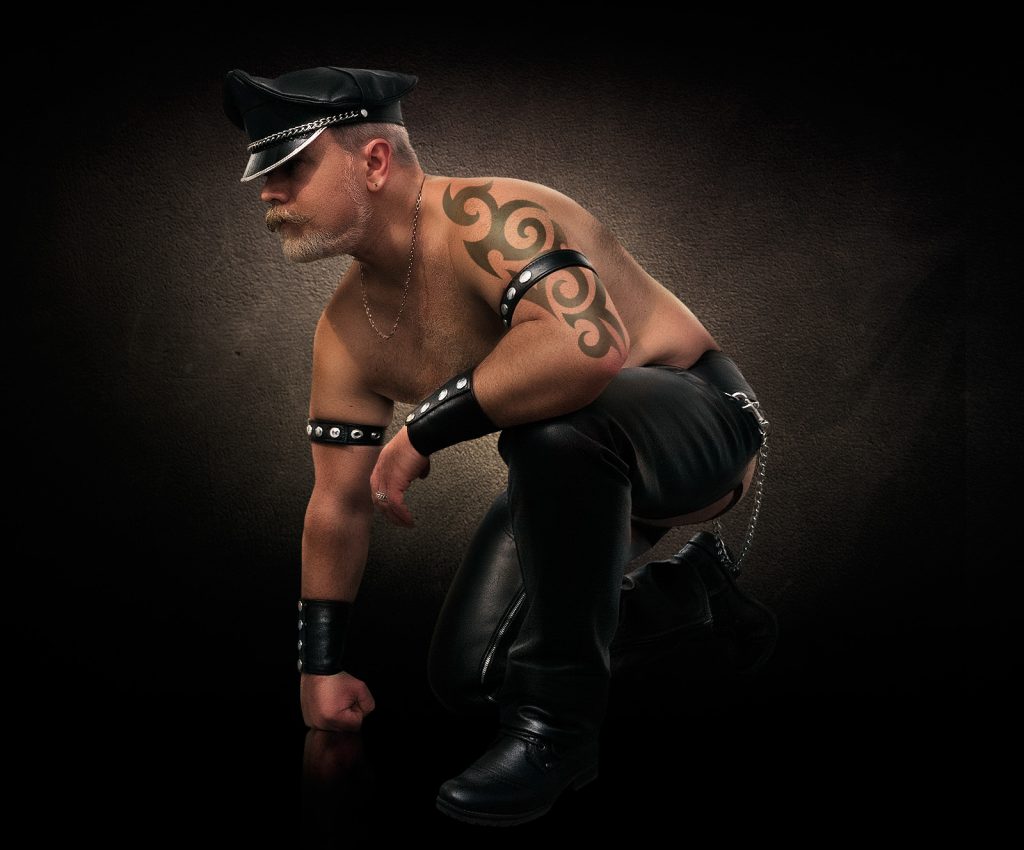 On my first night out in St Kilda when I first moved to Melbourne, I downloaded Tinder and Grindr and self-advertised the hours away. While I built meaningful relationships through both apps, optimism slowly slipped away after cross-examination. A white cisgender gay man like myself does not have too much trouble fitting in with online gay communities, yet I quickly learnt from my foray into the apps that I ought to be presenting myself in easily relatable terms in order to fulfil some sexual transactions. I found myself accepting the language of twink when a month earlier I would have visibly grimaced at the mention.

Within the LGBT community, a stream of linguistics has developed in order to more adequately communicate social status. This set of linguistics is common among social movements and helps you determine how you fit into community, where you stand in relation to others, and how you perform in order to express that.

This dialect is fixed primarily in communicating sexual availability and preferences in the queer world. In doing so, these terms organise LGBT people into categories like masc/fem, top/bottom, or more specific identities like Daddy or twink. Consider it a legitimatised way to augment your personality within a gay sphere.

The Leather Daddy is an archetype of idealised masculinity modelled off heterosexuality. Photo: Bear Love. Licensed under Creative Commons 2.0.

As availability and presence is increasingly categorised and racialized in online communities, it is important to analyse what balance is being struck between strengthening our cultural expression and dangerously self-destructive categorical discourse? These self-ascribed stereotypes create a multitude of troubles. Being queer, in the first place, is by definition to be outside of heteronormative bounds. In other words, it’s non-conformist and anti-labelling. Being queer means that you recognise that your gender and sexuality are fluid; they do not exist only in opposition to heterosexuality.

In contrast, the majority of these new terms rely on heteronormative gender play. More damaging, even within these modes of expression, is that the terms meant to signal femininity like twink almost always denote being submissive or weak. Introduce these stereotypes to the queer community and the fluidity premise crumbles.

Therefore, the more we introduce these glossing gay archetypes based on masculine and feminine ideals, the less queer we become. Reinforcing heteronormative ideals through stereotyping other gay men is, inevitably, destructive to a culture built on belonging.

Grindr culture is the premier example. This is where the real ‘this-is-just-my-taste-it-definitely-isn’t-discrimination’ boys really come out. The promise of mutual sexual availability raises the stakes for both parties and makes both parties present as sexually palatable. In order to do this, we operate through these stereotypes; this is what I am and this is what I want.

These hyper-functional, no-frills exchanges make gay social networking extremely easy to negotiate because, as a community, we have developed these shortcut terms that portray a lot in a short space of time. Yet the benefits of that ease of networking are constantly weighed down by an ethical counterbalance.

Men that are deemed to enact feminine qualities, or men from any ethnic minority, are openly discriminated against through this sort of language. One glance at the sexual preferences of Grindr men in any given area will show a large number stating one of the following: no feminine/Asian/fat men, and, perhaps more troubling in a wider sense, straight-acting/bi-male/closet male. Moreover, these stereotypes create a relationship between body shape and race. The skinny, submissive twink will be pale or East Asian, whereas the aggressive and dominant guy will be Black or Middle Eastern.

This new language system enables racialized desire. Everyone I speak to on Grindr makes presumptions about my sexual identity based exclusively on my physical appearance. I can acceptably state that as a twink I am exclusively attracted to masculine leather Daddies because it fits my slender, pale, hairless appearance. This has become normalised because it reinforces a traditional regressive mode of gay sexual activity.

Whereas in reality, we are using this new medium as a proxy to reject what has been deemed subpar. Every time I log in to Grindr, I witness discriminatory language disguised as sexual preference. Without even a glimpse as to what those people might be like, we are given the capacity to reject them outright.

Gay men are encouraged to believe that they are desirable to other gay men if they seem ‘str8’ or hyper-masculine. These behaviours are dangerous because they amplify the divide between masculine and feminine behaviour. If we as a community are glorifying the traditional hetero-masculine form and at the same time subordinating the sexual appeal of a feminine form then we are reinforcing a heteronormative storyline for sexual relations.

It becomes even more complex when you consider how these terms have come to fruition. Gay stereotypes have been developed by us and for us, to more efficiently communicate sexual desire. Furthermore, we pride ourselves on creating a space of unparalleled freedom of expression.

The absolutist rejection of these gay stereotypes is extremely difficult. Part of what makes you queer is being able to use terms that can only be understood or exercised by someone else that identifies similarly. A privately accessible set of social cues that affords members the ability to enhance their identities.

In this way, we have created a proxy for toxic discriminatory practices that not only indicates a regression in gay sexual relations, but enhances desire along racialized and heteronormative lines, under the guise of strengthening collective identity.

David Hughes is a young writer and photographer from New Zealand trying to make it in the big smoke of Melbourne. He frequents cool club nights as well as book club. Follow him on Instagram at @davidh_ghes.