By: Shannon May Powell 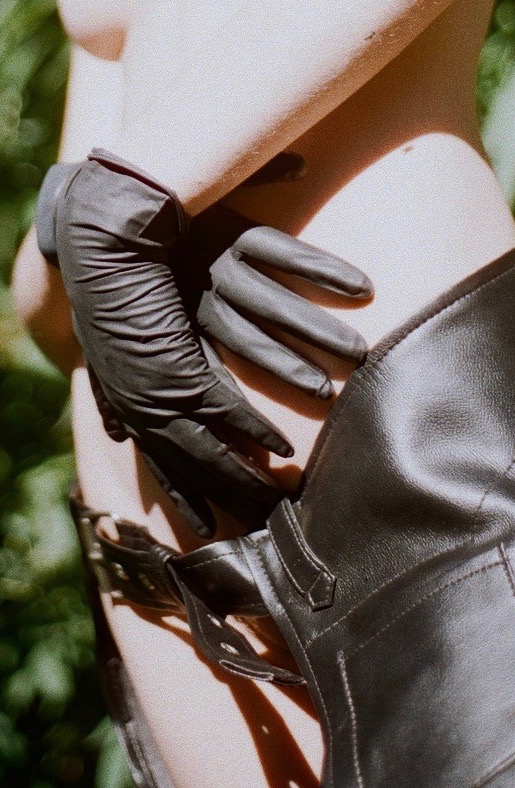 If it’s neither male nor female, then what is it, everything? Nothing? A liminal space in-between? Somewhere on the spectrum, perhaps?

The boundaries of a gender that does not conform are porous and exaltant. They adapt and emerge.

We are not one; we contain multitudes. And, as paradoxical as this multiplicity seems, it acknowledges something even science cannot deny: that we are always changing, never fixed.

Moment to moment I may feel an affinity with one gender, but soon enough that feeling of having grasped something solid runs sparkling through my fingertips. In its absence, it leaves something corporeal. Bodily, and yet too hot to hold, too quick to capture.

How terrifying and beautiful is that?

If our bodies are constantly changing, then why should our ideas about gender and sexuality remain the same?

Gender diversity is part of our reality. The sooner we can hold space for the complexity of this, the closer we will come to a future that celebrates all genders and sexualities, and cares for and protects all bodies.

We all yearn to be seen and accepted as we are, in all of our inherent paradoxes. We all want to bring the fullness of ourselves to our interpersonal relationships and the world.

We have the opportunity to create a culture that reduces the risk of mental health challenges and trauma in future generations. A culture that demonstrates to our youth that the body and identity is changing and that, no matter what, you belong here.

Imagine a world that not only accepts difference, but celebrates it.

Systems found in nature are most resilient when they are most diverse. How do we create a more resilient and dynamic society? One that does not question those who identify outside of normative stereotypes, but instead lifts them up and learns from their different perspectives?

We must challenge the gender binary as a way of living into a reality that is enriched by difference. One that is more dynamic and exuberant, with many definitions of self that intersect and overflow. One that does not reduce the body to biology, and instead expands beyond the boundaries of our physical form and into a futuristic realm.

One in which we might no longer cling to what we once were, or know what we might become.

From the first moment we enter this world, our gender is something that is decided for us. Other people make decisions about our bodies without consent.

“Gender exists, if it is to exist at all, only in the structural generosity of strangers,” writes trans author and gender researcher Andrea Long Chu.

From the moment we are born, the body becomes a political landscape. At the time of birth, we are assigned a gender by someone who is virtually a stranger to us, someone who knows nothing of our family, lineage, culture, or belief systems.

Before we can walk or talk, we are handed a gendered script that we must learn, memorise, and perform until it is internalised. Until this concept of gender is so relentlessly practiced that it starts to feel like habit or personality.

We are expected to wear clothes that illustrate our assigned gender. We are expected to assume certain roles in our household or workplace. We can be hired, or not hired, for certain skills that we are assumed to possess because of our genders.

Some of us might tell jokes, usually of a self-depreciating kind, that affirm gender stereotypes. Making light of them so that we needn’t question them too deeply.

I have fallen for all of the above versions of gender performance. I know them well. I know them like a birthmark. And, as I become increasingly aware of gender roles and the damage they cause, I refuse to abide by them.

Since time immemorial, the human species has organised itself around storytelling and mythology. We have been seduced and bedazzled by doctrines of religion and ideology that both inform and transform our culture.

The story of male and female gender binaries may have once served a purpose or given us meaning. It may still do so in some cultures. It is not my place to critique that which I am not immersed in.

But in this colony, and through a western colonial lens, I see whole structures and systems that have been erected around the hegemony of gender binaries. Whole industries that thrive and capitalise on the neat and tidy lines of these supposed polar opposites.

I can’t help but wonder if gender benefits us as individuals or communities as much as it benefits the structures and systems we live within.

Nalo Zidan, a Queer Black writer, organiser, and Trans-Masculinist whose work pushes at the normative boundaries of gender and sexuality, says, “The politics of acceptable gender performance are fed to us every day, attempting to teach us everything from who we should love, to how we should be in our bodies.”

For other people’s convenience, we are made to fit the mould of two normative genders: male or female. But what are the consequences of this? And who is benefitting from it?

Whether it’s the supposed innocence of gendered toys and clothing, or the more laborious task of adopting the “correct” personality traits and even sexual orientation of our assigned gender, is anybody actually happy and content to conform to gender roles and binaries?

If gender is closer to performance than reality, can we learn to play with and bend the boundaries of these binaries? And, most importantly, can we offer each other the freedom to choose which gender we identify with, if any at all?

Having worked with the body as an embodiment facilitator for almost a decade, my particular focus has been around trauma-informed embodiment practices, which encourage a sense of individual agency and autonomy.

In a world where we are constantly bombarded, from the outside in, with all of the things we should be and desire according to capitalist, colonial and patriarchal structures, having a felt sense of what we truly identify with and desire can be a revolutionary feeling.

One of the greatest consequences of being prescribed a gender that one does not identify with is a deep and pervading sense of disembodiment. To continue the metaphor of gender as performance, it is quite literally the feeling of wearing a costume unwillingly for most of one’s life.

And not in the liberatory way that you might choose to dress-up and perform. There is no agency and autonomy in this kind of performance and costume.

When expected or forced to perform gender roles that do not feel authentic, the body and identity become abstracted. This abstraction can provoke feelings of gender dysphoria; the feeling of discomfort or distress that might occur in people whose gender identity differs from their sex assigned at birth or sex-related physical characteristics.

Despite what kind of sex and gender system exists in a particular culture at a given time, there are almost always folks who stray from those norms.

In many cultures, it is culturally sanctioned and even celebrated for certain people to stray from the gender they were assigned at birth. In our current hyper-gendered world, fewer kids feel that the narrow boxes of ‘boy’ and ‘girl’ fit them.

It is our responsibility as a society to respond to this, and to create space for people to explore what is in-between and beyond that great divide between girl and boy. For many children, the gender-diverse terms that are available now – such as genderqueer, gender non-conforming, and transgender – offer liberation from a gender-constricted world. This new possibility for multiplicity in gender identity greatly supports their mental health and wellbeing.

What would be most helpful for those who veer away from gender norms in society is people accepting them for who they are: body, mind, and soul.

Rather than questioning and debating the legitimacy of someone else’s chosen gender or identity, our energy and commentary might be better spent learning to understand and empathise.

Let us not forget that “real people are the subject of this boundary policing,” wrote author Olivia Liang about the fickleness and negation of identity politics.

What if our differences could actually bring us closer together, rather than pull us apart? What if our ultimate becoming is a melting pot of celebrated difference that makes it almost impossible to discern one changing and free thing from the other?

This is not a manifesto. It is not a public declaration of hope. It is a tender and urgent call to arms.

Gender non-conforming folk all over the world are calling everybody in to the conversation. We belong here, and we are inviting you into the very intimate circle of our being.

We want to live in your imaginations, as you have always lived in ours.

Shannon May Powell is a queer non-binary writer, artist and embodiment facilitator based on Kulin Nation land. They explore gender, sexuality and body-centred activism with analogue photography, text, video, and somatic practice.