Pinkwashing and the climate crisis: Time to change the Mardi Gras 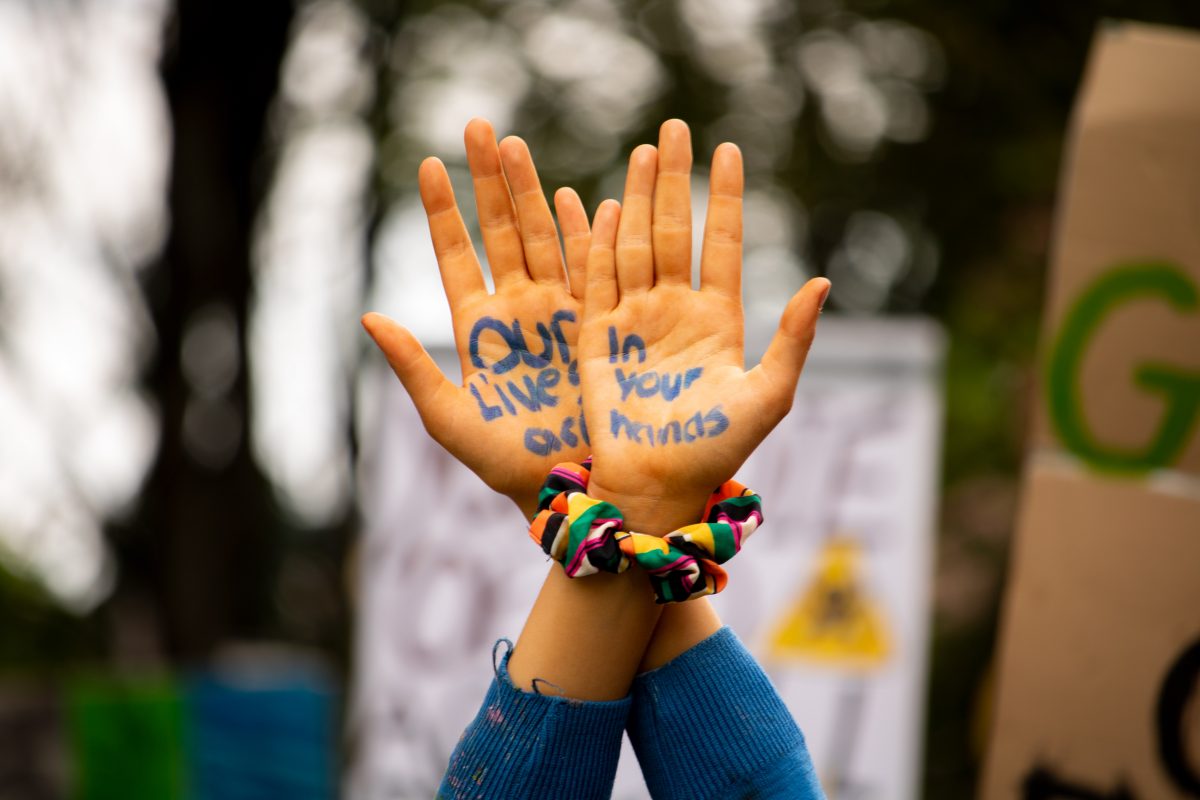 Well as per usual, the Mardi Gras put us through a range of fuckery this year.

Firstly, the ANZ advertisement and the cringeworthy as hell hashtag “lovespeech”. Puke.

So, the ANZ ad saw a range of young LGBTQIA+ people naming the slurs that have been used against them. Ending with some rubbish about how words hurt so we need “love speech”. Along with the video was some horrible posters.

To the LGBTQIA+ people who were paid to be in the ad, take that bank money.

However, the Mardi Gras does not get a free pass on this upsetting advertising campaign.

Love speech, beyond being a terrible campaign, is also reflecting that absolute nonsense that we just need love and things will be better. No, what we need is structural change.

The broader issue is that this bank does not care about queers unless they are wealthy and homonormative. The rest of us are not who this bank supports. This is a classic case of what, via Jasbir Puar, we call pinkwashing: using the image of being gay friendly to cover over a country, corporation or individual’s atrocities.

Not only did ANZ get to pinkwash their atrocities through an advertisement, they were also the 10th float in the parade. Their blurb for their parade sounds like it was written by a bot who was forced to watch RuPaul for hours and regurgitate “something gay”:

ANZ – Spreading #LoveSpeech
ANZ is raising awareness of the negative impact homophobic language has on the LGBTIQ+ community. We want to disarm hurtful language, one comment at a time and create a world where #LoveSpeech prevails. ANZ’s float encompasses our message of #LoveSpeech, our rainbow community and the magical fierceness of the unicorn, trotting a path of love across Australia.

With their campaign came a Chrome extension called the Hurt Blocker where you could get rainbows or unicorns to cover “hurtful words” on your browser.

This led to me and my friends joking in our group chat that every second word we wrote would be rainbows cause all we do is talk about gay shit that would be censored.

On Twitter, Nic Holas had the best come back to the hurt blocker, saying that was exactly what he would now call poppers.

While this is all funny and important, we need to face a larger issue:

ANZ is the number one fossil fuel financier in Australia.

They are directly financing the climate crisis and therefore, amongst other things, poured petrol on the flames that have been burning this country. Oh, also, their “love speech” float was before the NSW Rural Fire Service and Fire and Rescue NSW.

Let that sink in.

We cannot approve the Mardi Gras supporting large banks who are contributing to the climate crisis. Also, currently three survivors of the fires and Friends of the Earth have a case against ANZ. We must support this fight.

As a community we must put pressure on the Mardi Gras to take a stand on the climate crisis. The time for politeness is no more (and really never was).

The Mardi Gras needs to be at the forefront of climate activism. We need to fight against corporations pinkwashing their climate crimes instead of championing the cause of some gays having easy access to home loans.

Alongside supporting the climate crisis, the Mardi Gras also put us through another hellish nightmare. The moment where the police arrested three queer activists who were protesting the Liberal float. We need to galvanise our outrage over this. The protestors, from the Department of Homo Affairs, were protesting the Liberal Party float for their ridiculous and disgusting Captain Cook love affair. Their colonial project cannot be accepted.

We also should not allow the Liberal Party in the parade because of the postal survey and the religious discrimination bill. Just like ANZ, the Liberal party are trying to pink-wash their atrocities. They should not be welcome in our parade.

The Mardi Gras has some pretty dodgy history. But it has also been a space where queers have taken a stand on a variety of issues.

While corporations scramble to try and use our humour and monetise it, we are always ahead of them as they pick up our crumbs. We need to be ahead in relation to the climate and taking a stand against racist, colonial and homophobic political parties.

We need to get serious as a community and figure out how to use the Mardi Gras for political activism. The Mardi Gras has a massive audience. It has global reach.

Imagine if the theme was Climate Emergency and the Liberal Party was not allowed to march.

The impact this could have would be phenomenal.

Currently, we face a global pandemic, which is scary and intense. However, we still need to remember what has happened this year at the Mardi Gras.

Next year, let’s demand that all sponsors are ethical and that the Mardi Gras consults with Indigenous groups, and fire fighters and other frontline people, to come up with a theme that is about tackling the climate emergency.

Let’s demand that bigots are not allowed in our parade. As queers we have the power to use humour, camp and beauty to take on big issues. Let’s not forget that in light of well-funded corporate floats and oppressive political parties.

We can and must use our eco-glitter and strong activist history to take a stand. #ClimateAction