Mardi Gras and pride: the vulnerability of dismantling shame 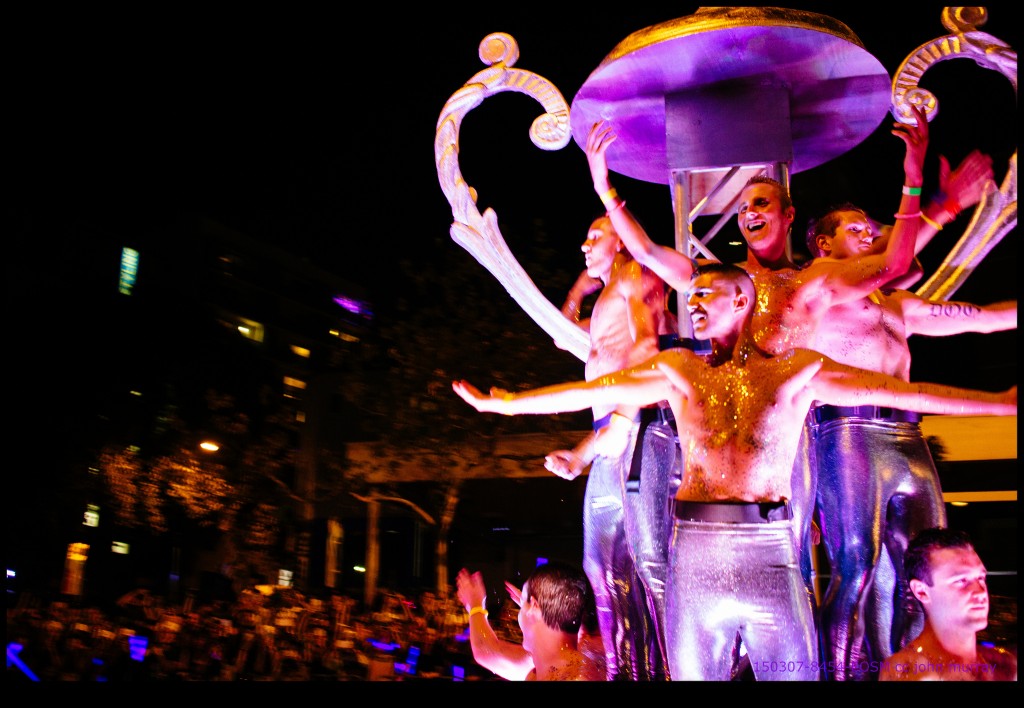 Every year, queers from around Australia descend on Sydney for the annual Gay and Lesbian Mardi Gras parade. For gay men it is a pilgrimage, one that leaves a trail of glitter and the smell of amyl nitrate in its wake. The parade is one of the most recognisable gay pride events worldwide, dwarfing smaller pride marches in cities like Melbourne and Brisbane.

Mardi Gras’ cultural significance even seems to blind Sydneysiders to the existence of a gay reality outside the city. I had a surreal conversation with a young gay guy a few weeks before the parade last year—he asked me what I was doing for it and when I said I was going back home to Melbourne he seemed confused that the Victorian capital didn’t mark the occasion. I explained that Mardi Gras was a Sydney event, and all he could do was shake his head and respond, “It’s just so sad Melbourne doesn’t celebrate Mardi Gras.”

And maybe he was right. Despite having been an out gay man in Australia for over a decade now, despite having grown up watching it on television and struggling from deep inside a closet in rural Victoria to connect with what I saw on the screen, Saturday will be my first time at the parade.

Until very recently I’d never participated in a pride march anywhere. Melbourne’s is a bit dinky, less a march than a brief shuffle down a short street in St Kilda, a suburb made up mostly of gays and tourists.

I’ve been to the march many times, but I’m usually there covering it as a journalist for the queer press, hovering around the edges, taking photos and pestering whatever politician has decided to win favour with the community by marching this year for an interview. I like having a reason to be there, a purpose—I don’t at any point have to wonder whether I feel like I belong.

I don’t have to face my fear: what if I march and I still don’t feel like I belong?

‘Pride’ is part of the bundle of things it is assumed we inherit when we come out. Along with community, with history—we come out and we are proud. We are told through the media we consume and the shining images of ourselves that appear on our screens that pride is not just something we should feel; it’s something we must perform. It is, we understand, our duty to ourselves, to each other and to our community. The word itself infiltrates every aspect of our culture: pride march, pride flag, our community centres are ‘pride centres’, our sportspeople play gay-friendly ‘pride cups’; like the rainbow, ‘pride’ has become our brand.

A failure to perform this very specific idea of pride, this visible, identifiable affirmation of how great it is to be gay (one often involving, quite literally, waving a flag) is seen as an expression of shame.

While I remain unconvinced that we inherit pride when we come out, we certainly inherit shame. How could we not? We inherit a long history of shame, of gay men whose experiences have provided the perfect conditions for its proliferation. It is a history of homophobic violence at the hands of police, of the media, of their families, one which filters down to us through culture.

We ourselves grow up with the shame of being different, and with the knowledge that our relationship to sex is the source of that difference. This is by no means unique to gay men—while it isn’t something I can speak to, shame is something I’m sure many queers have to live with.

Despite my cynicism, in the face of our shame I believe that pride is a concept with value for our communities. The late writer and disability activist Stella Young had these words (which were in turn taken from American activist Laura Hershey) tattooed on her arm: “you get proud by practising”. To make our way to pride we have to practise it, and I believe that must involve working to dismantle our shame.

However, it is a difficult project to undertake when we often lack the space within our communities to even acknowledge our shame, let alone dismantle it. The first reason for that I’ve talked about already: we take pride to be such a given, such a received part of gay culture that to even whisper the suggestion that you find it elusive is itself shameful, or worse, homophobic—what do I have not to be proud about?

But the bigger reason, something that goes beyond just gay communities, is that to admit that these things are hard, that pride is hard, would be to admit vulnerability.

In my experience at least, there is little room for vulnerability in gay communities. It’s understandable in a lot of ways—the material and psychological trauma that often accompanies the process of coming out can make it hard to trust people and to open up. Even in a best-case scenario, surrounded by friends and family who accept you, it can be a violent experience to identify yourself as other, to mark yourself as culturally and sexually different.

To begin to practise pride we must, as a community, work on creating spaces where we can truly be vulnerable—as hard as that is, these are perhaps the only spaces in which we can dismantle our shame.

Some of these spaces do exist, small pockets to be found where vulnerability can be allowed and even explored. I am continually in awe of my housemate, for example, who runs peer-education workshops for gay men through our local AIDS council (who, it should be said, I am employed by). A large focus of these workshops is to foster a space where men feel safe enough to be open and vulnerable, to engage with their shame and to understand it.

Perhaps somewhere on the other side of that process is pride. It is a laudable goal. Pride is something to strive for. But I worry that it is too easy to forget those things, to take for granted a thing we call ‘pride’ but that is merely its reflection.

There are moments, fleeting, when I feel welcome and connected and I am real, a realised self affirmed by the world. Those moments are inevitably connected to intimacy, to a felt, experienced sense of community with other queers.

At Melbourne’s pride march, when I finally took to the street as a participant, part of me hoped I’d be swept up in something I could call ‘pride’. Unsurprisingly, the experience wasn’t so neatly illuminating. I left indifferent, any space where a sense of connection might have appeared filled up by the sound and colour and movement of a pride march.

But, undeterred, this weekend I will be in Sydney for the Mardi Gras parade. Part of me worries that if I couldn’t feel proud at pride march in Melbourne, it will be an indictment if I can’t feel it at one of the biggest celebrations of gayness in the world. We’ll see, I guess.

We should absolutely strive for pride. We should practise it. But unless we can create spaces in our communities in which to engage meaningfully with our shame, pride, for many of us, will remain elusive.

Benjamin Riley is a freelance writer and journalist based in Melbourne, Australia, writing about politics, culture, queer issues and mental health. In 2014 Benjamin received the prestigious Victorian AIDS Council Media Award for his coverage of HIV and LGBTI health, and in 2015 he was a finalist for Media Person of the Year in the Victorian LGBTI Community Awards. Read more of his work here, and follow him on Twitter at @bencriley.