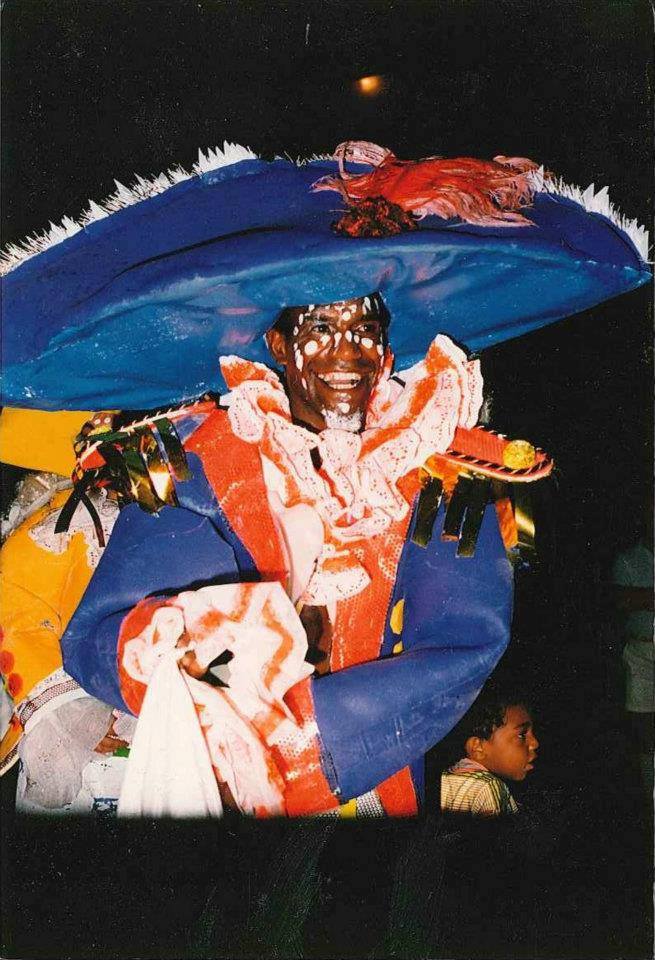 Allan Clarke is a Muruwuri man and an investigative journalist with the ABC. He has previously reported for BuzzFeed, NITV and SBS. The Mardi Gras magazine recently published his article about the First Nations history of Mardi Gras, commemorating 40 years of black queer protest and celebration.

How important is the Sydney Mardi Gras for queer Aboriginal people?

The Sydney Mardi Gras is a very important platform for Aboriginal queer visibility. In the Aboriginal community we’re a minority. If you’re queer and Aboriginal, you are doubly marginalised. Mardi Gras offers a safe space for the blak community to revel in their sexuality. Because we’re often made to feel invisible, sometimes in our own community, but certainly in the wider community.

Those who marched at the 1978 Sydney Mardi Gras were inspired by the Aboriginal rights movement. The headlines leading up to 1978 were dominated by momentous indigenous political moments such as the push to become citizens in 1967, then the Tent Embassy in Canberra. When the first protesters at Mardi Gras marched, they held banners and said, “Rights for gays and blacks and women.” The Aboriginal movement had inspired a large portion of these protesters.

Many Aboriginal people lived around Kings Cross. During the march, the Aboriginal locals, many of whom were straight, joined the protest. They understood the struggle for equal rights,  and were no stranger to facing off against police as well.

Your article discussed the way the media coverage of the Mardi Gras has been whitewashed, downplaying Aboriginal involvement at the beginning and throughout the years. What accounted for this whitewashing?

It’s a sign of the times, of how the Australian media rarely features, and still struggles to feature Aboriginal voices. The coverage around Mardi Gras wasn’t any different.

Why does it matter for the First Nations contingent to be at the front of the parade. Why was it fought for for so long?

We are the First Nations of this country. We were here long before anyone else. It’s only right that we should lead the parade. But for so long there was nervousness about doing that. People involved in Mardi Gras years ago would say they weren’t sure about the backlash they would get. Thankfully attitudes have changed. Mardi Gras is one of the largest festivals in Australia. It’s only right that Aboriginal people should lead it. You need to recognise the land you’re marching on. What better way to do that than to put Aboriginal people at the front of the parade and welcome everyone to Country.

In what ways have queer Aboriginal people not felt welcome in queer spaces?

When my friends and I were younger, we used to go to night clubs on Oxford Street. If you were Aboriginal, you were treated lesser and you could feel it – especially for people who were darker-skinned. You’d be told, “You’re actually pretty for an Aboriginal” or “Aren’t you criminals?” or “Do you work?” You don’t expect it within the gay community where people have struggled to find acceptance. You’d think that people would understand what it’s like to be marginalised. And fight for your rights. But unfortunately it is a part of the community that we have to have robust and open discussions about.

It was so prevalent that as we got older my friends and I stopped going to those places. It is largely white, the mainstream gay community in Sydney. In the last few years we’ve seen a response to that. There are incredible alternative festivals and queer dance parties for people who don’t fit into that cookie cutter mould of that white gay community.

It’s so important, you know. What were the options before? None really. It’s just, go out to the night club, and be told that you’re not as good as everyone else. People feel like they can just tell you these racist things that wouldn’t fly if it happened on my way to work. But they feel like they can tell me these things because we’re at a gay club and we’re queer.

It’s mostly gay white men in the scene who perpetuate those stereotypes about Aboriginal people, about Asians, about anyone not from a white background. Go to any forum online and you’ll find people discussing this diluted line between racism and preference. Guys saying “I’m not racist but no Asians, no Indians, no Aboriginal people.” That is racism. Making them feel like they’re less than. Like they’re not an equal part of the community.

I asked Aboriginal people who go to Mardi Gras about their experiences and all of them said there is racism within the wider gay community. Yet Mardi Gras is the only time that brings everyone together. It’s a strange relationship where it’s like, OK we can all celebrate together on this night and the rest of the year people don’t feel welcome in certain gay spaces.

Earlier we spoke of solidarity between gays, women and blacks in the first Mardi Gras. What made this kind of solidarity possible between different marginalised groups?

Internationally, you had the African-American civil rights movement, the Stonewall movement in New York, women’s rights movements, the Aboriginal movement fighting for equal rights on the actual front line in Canberra. This dominated the headlines in every newspaper, every TV news show, this heady period of activism.

The timing was perfect for that 1978 Mardi Gras. There was a stronger solidarity between activists, a sense of a wider community fighting for rights, movements feeding off each other. So there were Aboriginal people in the 1978 protest, saying, “I’m gay, I’m fighting to be treated like everyone else. But I’m also Aboriginal.” Inspired by both sides to actually make change. And then to have the wider Aboriginal community joining in the march, most of whom probably weren’t gay, but saw the importance of supporting other marginalised people. I don’t think you see that much today. It’s a very fractured environment.

When we talk about that “mainstream” sort of gay community I think there is a reluctance to be political. And that’s sad because a lot of older people who fought for those rights don’t say “I was a gay rights activist” or “I was an indigenous rights activist.” They just were activists fighting for equal rights or the civil rights.” Whereas now people say, “Let’s just have a party, let’s not be political.” But that’s not in the spirit of Mardi Gras.

It’s impossible to have this one big party and feel like we’re this one great community when in fact we should be using that as a platform to fix things that aren’t right. Like supporting refugees.

Mardi Gras started in the spirit of activism so we should continue that. We’ve gotten a lot more rights throughout the years. Why don’t we turn our attention to issues within other marginalised communities and give them a voice?

This interview has been edited for brevity.

Tim Bishop’s interactive visual timeline of the First Nations involvement in the Sydney Mardi Gras is free to access here.