Shifting beyond the binary: Periods, gender and identity 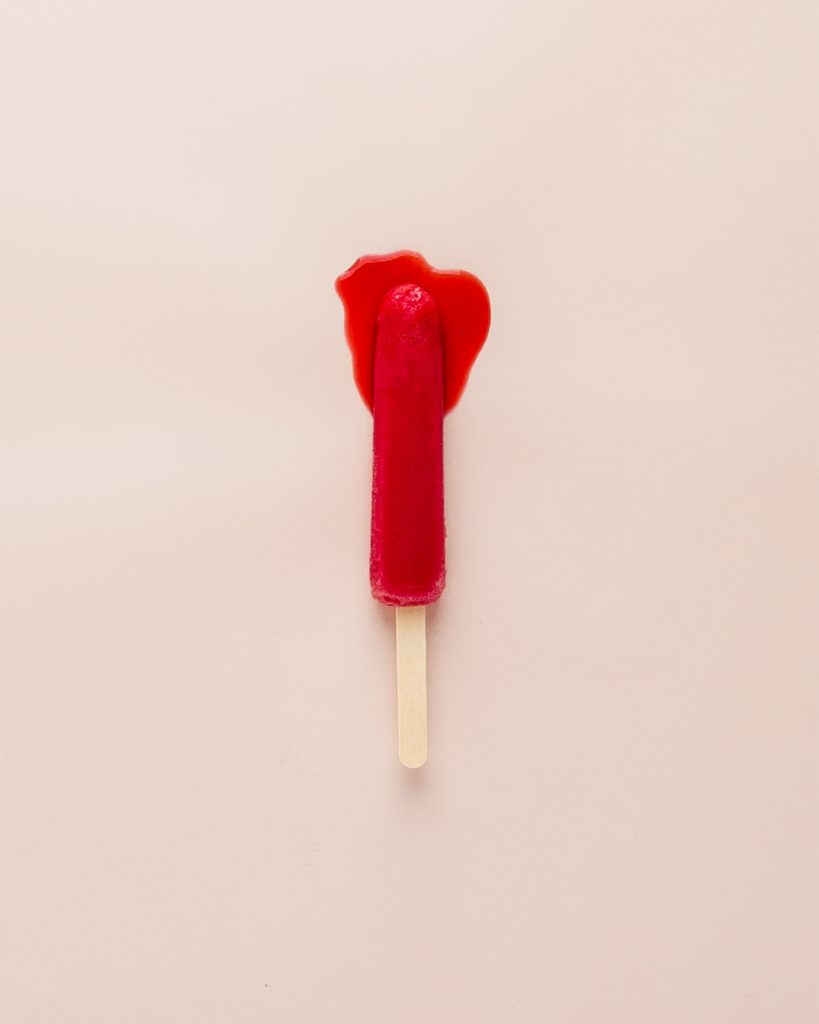 The first time I got my period, my mum cried. I had woken up to find a red stain on my cotton briefs when I went to the bathroom, quickly hauled my PJ pants back up and dashed to the front door where Mum was just about to leave for work.

‘Mum, it came, I got it,’ I said. She instantly teared up, fanning her hand in front of her face as she often did when she was overcome with emotion, whether that be hysterical laughter or gut-wrenching sobs.

‘Oh, thank goodness,’ she said, quickly hugging me before dashing out the door.

I was 18, and we had been waiting for this day since I was about 14, the age at which the absence of my period was initially deemed to be a concern.

I had watched all my friends, and, even more achingly, my younger sister, get their periods. I had listened to the tales of cravings, cramps and other symptoms.

I had observed my mum, aunties and friends justify emotional tidal waves with a wave of their hand and a simple, apparently universally understood, ‘PMS’.

I longed to experience my own ‘time of the month’. I would wish for it, fantasise about it and imagine myself rushing to the chemist to buy tampons on the fateful day it finally happened.

Despite my longing and wishes (‘Please, Santa, all I want for Christmas is some boobs and a period’), neither boobs nor period arrived. Nor did my hips.

In fact, the only suggestion of puberty was the hair sprouting on my legs, under my arms and on my pubic region. My body, both in aesthetic and function, was determinedly ‘unfeminine’.

In a society that demands strict congruence between one’s gender and one’s body, it is somewhat difficult to feel feminine when you exist in a body that society insists is anything but feminine.

Looking back at my awkward teen self, I think I struggled with this more than I realised at the time.

On a sub-conscious level, I was aware that my body did not fit standard conventions of femininity. And so, feeling that I couldn’t classify my body as that of a woman, I often behaved and dressed in ways that would be considered more typically masculine.

I wore my brother’s baggy hand-me-down jeans and Bart Simpson embroidered jumper. I refused to wear makeup, skirts or dresses; a decision that induced several arguments with my mother about what I should wear to formal occasions.

In Year 8, we had a school dance. While all my female friends glammed up in strapless dresses from popular clothing stores and flat-ironed their hair, I donned jeans, a shirt and a suit jacket.

Some people (mostly male) sniggered, but it didn’t bother me. I felt more comfortable being mocked for wearing a suit than being sniggered at for constantly having to adjust a dress that my chest, once referred to by a family member as an ‘ironing board with two olives’, didn’t fill out.

Getting my period, which only happened after I began taking the contraceptive pill, threw me into a state of panic. Should I use a pad or tampon? What if I leak? Can people tell? What if they can see it or smell it?

I was on the verge of paranoia, convinced that everyone knew I was menstruating, certain that people were looking at me differently. And the cramps, oh the cramps.

Added to all this was new confusion over the state of my identity.

Having my period meant I could do all the things I had witnessed my female friends, mother and sister do before me. I could join in those conversations about cravings and cramps and PMS. I could reduce my otherwise unexplainable emotions to a single abbreviation.

I was curious as to what this meant for my identity.

I have since learnt that to classify one’s gender by a singular biological function is somewhat naïve, not to mention severely limiting.

Sure, I embrace my period as a marker of my femininity. But it is merely one component of my lived experience and identity.

We are fortunate enough to be moving into an era where the movement between spaces that are otherwise seen as dichotomous – female or male – is encouraged and celebrated. The option is no longer simply ‘or’; it can now be ‘and’.

We can identify as having a multitude of characteristics and experiences, unattached to traditional and restrictive ideas of gender.

Some eschew those two categories altogether and identify as non-binary, genderqueer, trans or even renounce gender entirely and identify as agender. We can be comfortable and proud in our own ambiguity.

Sarah is a sociology graduate living in Melbourne. She is fascinated with issues of sexuality, gender and identity. Her current aspirations include pursuing a Masters degree and attending more live music gigs.