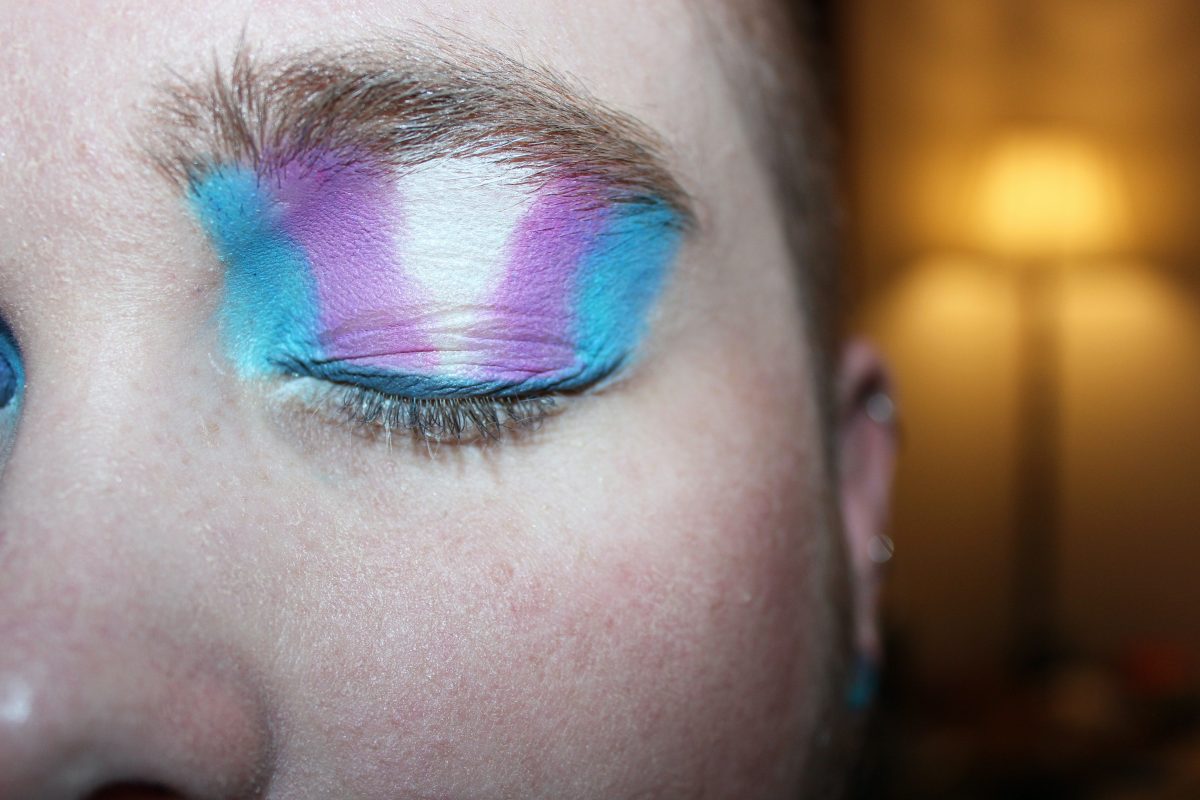 Colorado went into lockdown six days before I was scheduled to get top surgery. I’d been on testosterone for six months, and I’d changed my legal name in court, but the slip of paper decreeing the change was like a meta-permission without any tangible manifestation: my IDs and credit cards still read Rebecca Rose.

As the world paused, trapped in our homes, I experienced a secondary level of feeling trapped in my body, with no timeline for release.

When I began to transition in the fall of 2019, I fooled myself into believing that I could control the timing.

I wanted to stagger hormone replacement therapy, name changes and top surgery so that everything would neatly align and I wouldn’t be caught in an uncomfortable and potentially dangerous in-between. I wouldn’t get stopped with a male driver’s license before my voice had broken. I wouldn’t have a hairy chest before my breasts were removed.

At first, needing to self-isolate relieved fears about being seen in a liminal state of identity, because I stopped transitioning in a public context and began transitioning in a vacuum. I didn’t need to worry about which bathroom to use, or how to protect the waiter checking my ID from embarrassment.

I started to fantasise about getting top surgery right at the end of self-isolation. I would emerge from the privacy of a pandemic cocoon, perfectly and fully formed.

March peeled into April. It was an inordinately beautiful spring in Colorado. Had the birds always been this loud, the sky always this aggressively blue? I turned 28, and left the house for the first time in a month to drive into the mountains and hike an empty trail.

Every two weeks I injected the thick, gold-green mucus that is testosterone into my thigh and felt no immediate difference.

My top surgery date was pushed back once, then again, and again. With each delay, the new date lost more gravitas as a milestone, partially because I no longer trusted it, but also because COVID-19 – as it has for us all, in varying ways – changed the texture of time and my perception of the tiny plot of control I have within it.

Testosterone’s effects are slow, and not at all up to me. The change it provides is the kind of change that time and patience, in any context, create. It’s the backbone, the subconscious, the knitting of cells while we sleep. It does not glitter with the same transcendent promise that top surgery did, as an idealised, finite moment in time that would cleanly delineate my identity into a before and an after.

But, of course, a before and an after doesn’t exist. Transitioning isn’t a phoenix rising from the ashes but an incremental shedding of skins. COVID-19 slowed my life down to the pace of testosterone and made me realise it was the truer articulation of transitioning.

I saw nothing fundamentally unique in my particular form of transformation, but instead a kind of magnified and compacted iteration of universal human experience.

We all crave certainty and go to elaborate lengths in order to construct illusions of having it. We all want to be understood, and struggle for the inside of us to be properly translated to the outside world. We all invest far too much meaning in the milestones, thinking that some distinct and reachable point ahead of us will magically alter and correct how we experience ourselves and the world.

In the last few months, each of us has been called to find little victories in the small containers of our days: the nightly communal cheers for health workers, the dolphins swarming the canals of Venice, the newfound thrill of leaving the house for an errand that in the before time would have felt like an annoying task.

Three days ago, I was sitting with my legs up on the porch railing when my father, who was gardening, paused and commented on the hair that has sprouted on my calves. Yesterday, a friend I had not spoken to for years, and may not have reconnected with if it weren’t for the pandemic, could not believe the depth of my voice – something I cannot hear, being its constant witness.

It strikes me now, not in theory but in practice, that waiting isn’t stagnancy. Day by day, if I look close enough, my body is doing the work, muscles pressing incrementally up against the skin, the hair above my lip thickening, my voice slowly settling into itself.

I’m in the in-between, as I’ll always be, but I’m not stuck.

Finnegan Shepard is a trans writer and entrepreneur. Recent work has appeared in Amarillo Bay and The Mystery Tribune, and is forthcoming from Darkhouse Anthology and Typehouse. He is a big fan of and regular contributor to Archer. Finnegan is currently working on a collection of strange short stories (Turn Your Feelings into Animals and Talk to Them) that all have something or other to do with gender, and is collaborating with an opera singer, an illustrator, and a film-maker to translate them into multi-media forms. He is also the founder of Both&, a queer-by-design apparel company launching in late 2020. More about Finnegan’s various interests and collaborations can be found at finneganshepard.com