Trans-masc and menstruation: Blood will tell 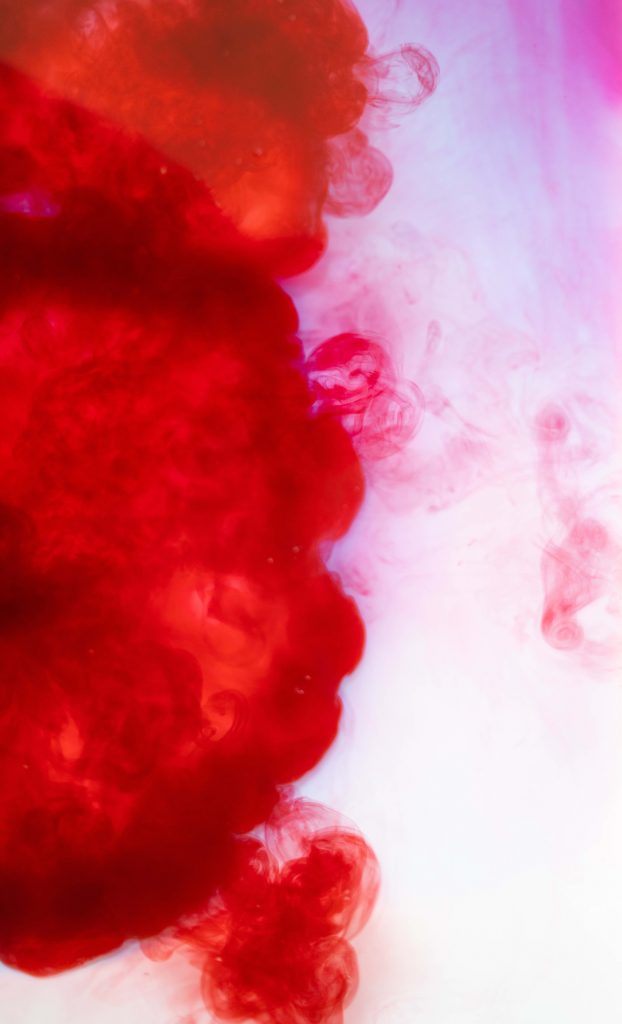 It was only when I stopped calling myself a woman that I started bleeding like one.

Ever since I’d first started menstruating, aged 13, I’d gone years at a time without regular periods. First there was the anorexia-induced amenorrhea that lingered for much of my teens.

In my 20s, when I swapped food restriction for compulsive exercise, my low body fat and high cortisol levels again put a halt to my menstrual cycle. Whenever I was on the pill I’d get those regular-as-clockwork ‘pill periods’, but I never mistook them for the real thing.

Even during the rare periods that I did manage to bleed without a pharmaceutical nudge, it was never like the periods my friends described. There was no cramping, no PMS, no leakage.

Instead there was a trickle of red liquid that lasted a day or two, a flow so half-hearted that I barely required a tampon. I never knew it was coming, and it was scant inconvenience while it lasted.

Then, I told the world I was trans. I acquired a masculine name, discarded ‘she/her’ pronouns, threw out my dresses and heels, cropped my long hair, bound my wee breasts.

Then, my period arrived with a vengeance. Suddenly, aged 31, I was bleeding every 30 days—once again regular-as-clockwork, but this time au natural. The flow was viscous, scarlet and it lasted for three days, four, five.

My entire body went along for the ride. Sore breasts for ten days beforehand, the swollen tissue emitting a fresh sigh of pain with each step on the treadmill. A persistent ache in my stomach as the bleeding ran its course, pain that had me doubled over and eating Nurofen like lollies.

And the tension, so much tension, that rose like a barometric chart each month until I was desperate for monsoonal relief. I would be antsy, angry, jumping out my skin, looking for a fight.

In short, I was a bad stereotype of the bleeding woman, of the body given over to womb, with a textbook case of the PMS that I’d formerly believed was patriarchal construct.

Was it because I was eating bread for the first time in years, munching thick-cut rye toast with a generous coating of peanut butter? (Or avocado – I am a millennial, after all.)

Or it was because coming out as trans had triggered some deep psychic release, unlocking the tension that had bottled up the flow all those years? Had I needed to accept myself as ‘not-woman’ before my body felt safe enough to perform this ‘womanly’ cycle?

An older friend confesses she didn’t menstruate regularly until her 40s, when a breakdown sent her into therapy and loosened her grip on control. Her body unclenched, she tells me, and the periods followed. A decade on, she still bleeds regularly each month.

Yes, I think, yes. The body knows the score. Can perhaps my stained underpants be understood as the fruits of my own great unclenching?

But these are sour fruits, by no means welcome.

One small part of me is quietly thrilled at this evidence of health. My body has finally deemed me well enough to make another human being, and I can’t help but read this as an endorsement of my transition. Here is a tick of approval from my biochemistry, a sign that I’m on the right track.

But I recoil from the physical reality of menstruation. Each bathroom encounter with bloodied toilet paper sends me into a tailspin of dysphoria. At yoga, head down near my crotch in in a wide-legged forward fold, I gag at the rich smell. At work, beneath my men’s suits, my aching pelvis taunts me with the hard fact of biology.

Even curled up in my apartment, a locked door between me and other humans, I am made into a feminine being.

My body is going in the wrong direction, it has betrayed me.

But I also feel I’ve betrayed my own ideals. I know that womb does not equal woman, that men and non-binary people can menstruate and that women can have penises. My politics are built on rejecting simple equations between anatomy and identity. My periods, I know, do not make me any less trans, any less non-woman.

Why, then, are they a problem?

And yet. There is no escaping the wrongness that accompanies each cycle. I cannot argue myself into making peace with my female fertility. I yearn for the androgyny of amenorrhea, even as I have no wish to reprise the self-loathing and punitive disciplines of those years in my past.

A whisper in my ear tells me that testosterone would be the solution. Within a few months, most likely, my periods would stop dead. But I am not ready for that lottery just yet, perhaps not ever.

I am no more man than I woman, and I have no wish to go through the world as a white man.

And so I bleed each month beneath my male underwear, leaking redness into the gaping crotch made to fit an absent cock.

There’s tampons and Nurofen in the pocket of my blazer, a menstrual toolkit tucked snug into that handy interior pocket that’s only granted to men.

I grit my teeth and bear it, counting down the days ‘til I run dry and can forget my womb again.

Dr Yves Rees is a writer and historian living on unceded Wurundjeri land.