Latinx language: Between a gender and grammatical binary 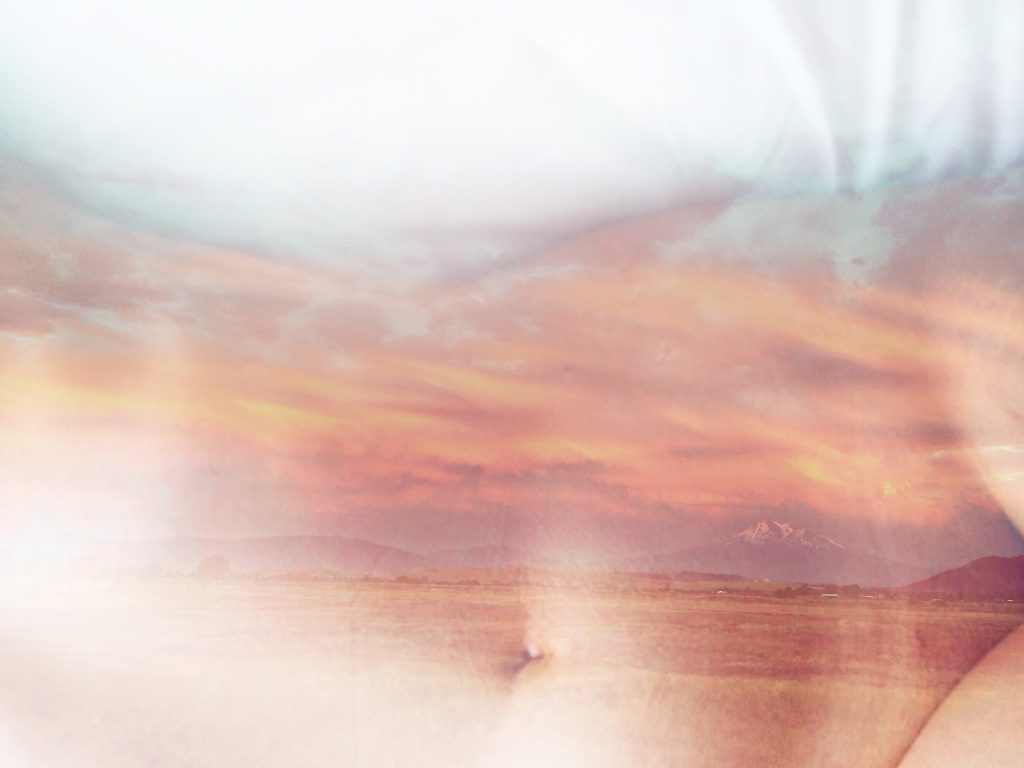 The persistence of gendered terms in language can be complex for non-binary people, especially those with cross-cultural identities.

When you study anatomy, one of the first things you learn is that the body is divided into planes: the transverse (horizontal: the way your belt sits), sagittal (left and right: imagine a line from your forehead to your bellybutton) and coronal (front and back: divided like the vertical seam that runs from your shirt’s armpit to your hips).

They teach this with a PowerPoint slide featuring a human body interlaced with different coloured panels at intersecting angles. These planes demonstrate cross-sections of the body and its organs from different angles, to give us the best possible picture of what’s happening inside us.

When you’re at the intersection of identities and borders, and forging a way to exist in the world that seems true and right, it can feel a little like you’re being split into two or more of these planes at any given time.

In Borderlands/La frontera: The New Mestiza (1987), Gloria E. Anzaldúa talks about the idea of physical and cultural borders. She understands her body as one that straddles the space between Texas and Mexico – a physical as well as a political border – and calls herself a “border woman”.

Although the physical space she writes about is limited to the US/Mexico frontier, the “border” framework, for Anzaldúa, exists “wherever two or more cultures edge each other”.

I was born in Australia, and I have strong familial and cultural ties to Uruguay, plus dual citizenship.

I am also genderqueer (or non-binary, or gender-fluid,  at this point, the title is less important to me than the fact that I don’t fit into the binary).

In a predominantly heteronormative, gender-binary-oriented world, someone like me is at the middle of at least two major intersections, and, in my nerd-brain, it kind of looks like the shapes made by the PowerPoint model’s transverse and coronal planes.

How identities develop in the diaspora –  the spread of a group of people from their location of origin to another place, like Uruguayans living in Sydney – is something I think about a lot.

Even with a shared cultural background, these identities vary tremendously. Certain habits – such as drinking mate (a hot herbal drink), religiously following soccer, or being intimately familiar with the work of writer Eduardo Galeano – are present to varying degrees across Uruguayan emigrants.

The diversity of experiences among first-generation migrants is huge, so I’ll write exclusively about the implications of being at this intersection for me.

To be explicit about the linguistic and cultural beast we’re dealing with: many of you will know that the ‘a’ or ‘o’ at the end of Spanish nouns gives these words a gender – feminine and masculine, respectively. This needs to be preceded by either la or el, and the adjectives and articles surrounding the noun also need to be gendered.

I use the term ‘Latinx’ (pronounced la-tin-ex) to avoid the a/o binary. This is sometimes done with the @ symbol, which is ingenious because it combines ‘a’ and ‘o’ in one key. (I happen to prefer ‘Latinx’ but there are some compelling arguments against usage. I won’t go into these here, but I encourage a Google stroll if interested.)

As children, the usage of our native language is automatic, and we rarely think twice before telling stories or singing songs.

However, looking back, my engagement with gendered Spanish was always fraught.

I remember my great-grandmother, grandmother and mother all singing the same lullaby to me at various different times. Although I can’t remember exactly how it went, the gist of it was that I was a small child for whom a restful sleep was moments away. There was also something about a cute pet and general life prosperity.

I’d always ask whoever was singing to change the word for child from the feminine niña to the masculine niño. Niños, although masculine, is also the gender-neutral term for a group of children.

At the time I felt more comfortable with niño but I didn’t think much about it, and the implications of this only occurred to me recently. This got me thinking in a major way.

Most of my childhood was spent understanding the world and its objects, as well as people, as being either masculine or feminine. Even I became more explicitly feminine in Spanish than in English, because it was grammatically necessary.

Since I spoke Spanish at home and English at school, each language represented something  different to me. English meant formality, education, assimilation and having to situate myself in an Anglo-centric landscape.

Spanish, conversely, was the language in which I learnt to love, and fight. It’s the language I heard through five-second delays in my Abuelita’s voice during expensive phone calls to Montevideo.

The visceral nature of my connection to Spanish is perhaps why it’s so painful to use, now that I’m grown-up and queer, in many senses of the word.

Whenever I start thinking about how to make my usage of Spanish more gender-neutral, or ways to get around its language binary, this seems so gargantuan a task that I nudge it to the back of my mind.

In terms of a support network for this type of identity, Australia doesn’t have a gay Latinx scene anywhere near as big as that of, say, the USA. Sometimes communities can take inspiration from similar iterations around the world, but pop-culture representations of queer Latinx folk aren’t exactly a dime a dozen.

This means there’s no script, and no coming-out or identity narrative, for people like me.

During 2013 I went to Texas and my planes were recalibrated. A hire-car full of lesbians and Clif Bar wrappers got me from Lubbock, where we got death-stares from locals as we entered the town’s only gay club, to Austin, an oasis of all things welcoming.

When you look at a map of Texas, the state is mainly Republican red, save for a couple of Democrat blue splotches – one of which is Austin.

The more time I spent in the city, the more I came to understand the implications and causes of this political difference. There’s a big queer scene in Austin, lots of vegan food options, and a sort of hippie-centrism to the city that gives it a progressive vibe. 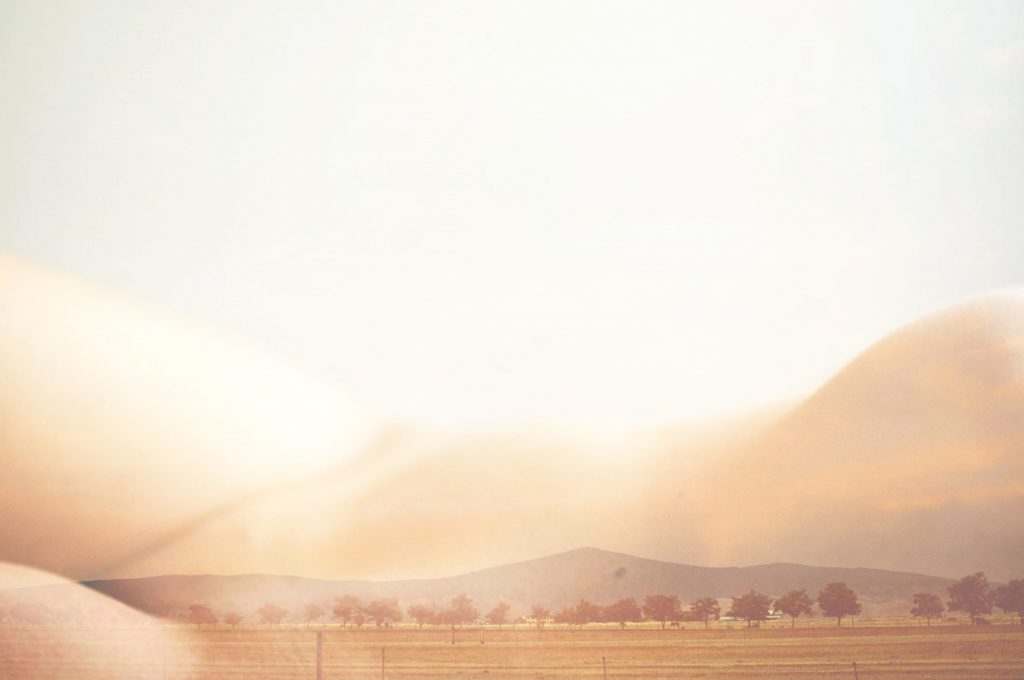 I soon found a leftist bookstore that stocked poetry collections by Chicano/a (a politicised term used by some Mexican American people) writers, and lost myself in the volumes for hours.

At this point, I could feel the planes of my identity shifting – my cultural roots, my language, and my gender and sexuality glided comfortably against each other in an entirely new way.

The poetry contained code-switching, the process of changing back and forth between languages, which I understood and loved.

The framing of intimacies reminded me of particular phrases I hadn’t heard in years: in poems from daughters to mothers documenting love and hurt, in fan letters to particular food dishes, and even swear words.

Standing in the store surrounded by these tomes, it was as close as I had come to feeling truly represented, embraced and understood.

And yet, I couldn’t shake a sense that this was not for me. I felt like I was intruding, because I’m not Mexican-American. I am (and, fuck, I hate these ghastly, reductionist terms) Uruguayan-Australian.

It was awesome and utterly entrancing, but it was confusing – I didn’t know we could use Spanish for this, that we could be this way.

I couldn’t stop asking myself the obvious: how can we build this sort of community in Sydney?

Clearly, Australia doesn’t share a border with Mexico, and has less than one-tenth of the USA’s population. But, in the absence of a dominant queer presence in the Uruguayan diaspora, this encounter in Austin opened my mind to the possibilities.

After I returned home, I followed the shop on social media and, for months, I received invites to events 10,000km away.

In the absence of actual people, the obvious way to construct a non-physical community in this age is online, because the internet is a locale that transcends cultural origins.

Others in similar positions try to inject their narrative into online spaces, in line with this generation’s obsession with the ‘personal brand’.

By personal brand, I mean the cultivation of a particular digital persona that speaks for you: created by descriptions in social media profiles, and a way of speaking that actively shapes who you are online.

When I encounter people online who attach a number of adjectives and modifiers to denote exactly who they are and the type of space they want to project being part of, it strikes me as oddly corporate, a sort of LinkedIn-esque, hyper-individualistic personal marketing.

I used to think of this as obnoxious, snowflake-syndrome over-share. I now realise that engaging in this process of image construction is not just a frivolous millennial pursuit, but rather a necessity; an era-appropriate response to the profoundly human desire to belong, or, even more simply, to be.

Without a queer Latinx scene that is on par with other places around the world, this digital approach seems formidable.

Online spaces offer us a shroud of safety that isn’t possible in real life when you’re a visibly queer person. Even if you don’t feel on edge walking down the street, the nurturing safety and optional anonymity might offer you something you forgot you needed.

There are elements of the tension between my queerness, and the deeply gendered language in which I think about love, that I may never reconcile. Will I continue to love and fight in binary terms? It feels like I’m only expressing myself in a limited capacity in English, but sometimes its gender neutrality makes it more versatile for self-identification.

English is far from perfect, and the binary has a vice grip on the language, but it still doesn’t compare to Spanish in this way.

I frequently wonder if I’ll ever forge an identity I’m truly comfortable with, or whether I’ll ever stop wanting these parts of my identity to be understood by my family while also fearing what these conversations might be like.

The language I use only with my family may well be frozen in gendered specificity forever, and, on some days, I feel like I’ll only ever exist in two mutually exclusive planes.

I may never forge a coherent identity. I am fluid, living within a system that demands conformity and compartmentalisation.

On one hand, I resist labels and categories, and, on the other, I crave a community, and a social embrace, with slang and customs created by, and for, people like me.

I’m lucky to live in a time where a cathartic session on YouTube or tumblr is a few clicks away, and I can learn about how other queer Latinx immerse themselves in different parts of their identity, drawing upon intersecting elements of their histories and selves.

It reminds me that, yes, gendered language is utterly stifling, but it can also be a medium for empowerment.

The oppressive binary can be relieved by finding the freedom to subvert it. Right now, I’m happy jamming spanners into cogs at every chance I get.