Mixed race and bi: Carving the self into liminal space 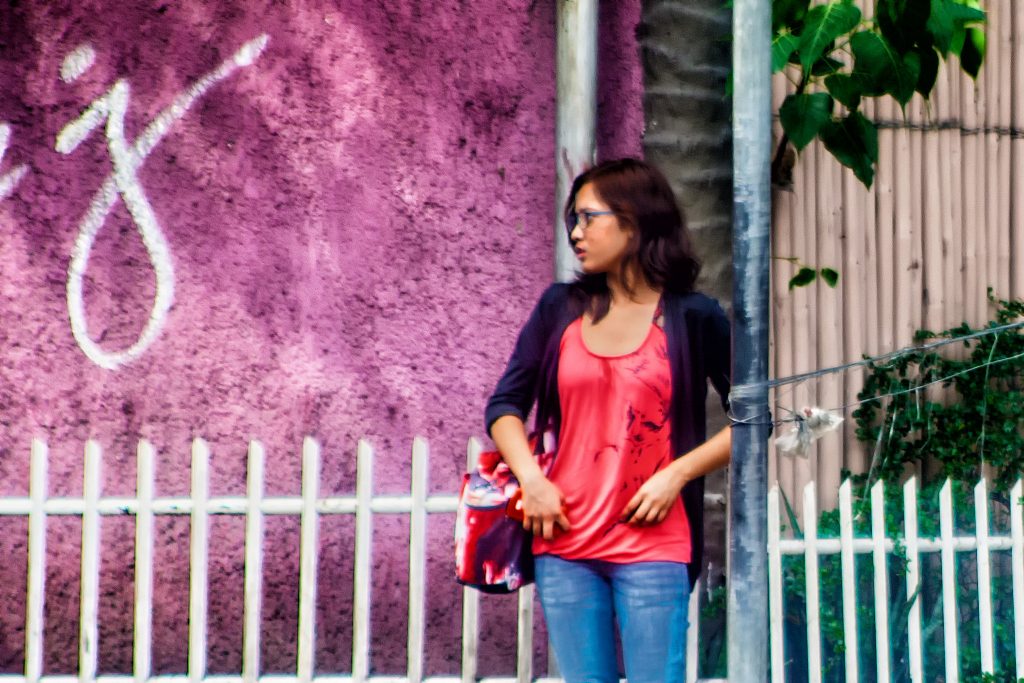 Long before I even realised I was attracted to women, I had been well versed in straddling two different worlds. My mixed identity stretches across the globe and the sexuality spectrum, which has afforded me a sense of fluidity when it comes to adapting to the different circles I operate in.

For a while, I revelled in this chameleon-esque quality to my identity. It was like I held the keys to more worlds than the average person. But I soon realised that it left me with fragments of a whole person, and this feeling of never quite being real.

Mixed race people, especially those growing up in countries that are not of their parent’s origin, are painfully familiar with the dividing lines that dictate their lives. Each sphere of existence comes with a different accent, language and tolerance for offence. We are expected to melt into the perimeters of each one, rather than be a consistent self.

To me, the real world began at the threshold of our front door. What my family ate for dinner or did on the weekends wasn’t to be mentioned, unless we’d prepared a bite-sized and accessible explanation of various cultural trends foreign to the listener’s ears.

For the longest time, I lacked the vocabulary to explain why I referred to Filipino adults with honourifics, and struggled to explain my crude, Western humour to my mother. It was just easier for me to keep those worlds separate than attempt to merge the two.

You also very quickly realise that there’s no solid, clean place in either world for you. Race is what other people choose to perceive about you, and it’s more often what distinguishes you that becomes your identifier. I took that logic and ran with it, cultivating two personas: the Asian me and the White me.

I would accentuate the weird, wacky and exotic aspects of being Asian around my school friends, and try to hammer down how Western and affluent I was around my family. I used my perceived shortcomings in each world to inform different performances of my race, and it’s interesting that both performances came from a place of internalised racism.

Then my sexuality became harder to contain, and the divisions increased.

My last partner being male made it much easier for me to blend between worlds, but it also stuck me in a middle ground, not quite fitting in with the general straight population, but not feeling queer enough to go to pride or exclusively queer spaces. Once again, I relied on context to govern the extent to which I performed my identity, now with added layers and complexity.

Navigating my sexuality is a minefield of filtering through racial divides as well as those of sexuality and gender. As much as I hate generalisations, the vast differences between the worlds I exist in has forced my mind to cultivate a hierarchy of sorts. There are different combinations of me that will appease whatever context I find myself in, which aren’t necessarily mutually exclusive or consistent.

Sometimes, the personal tarnish of generalising and making assumptions is worth the potential safety assured by opting to stay silent. It’s a constant balancing act.

One day, I’m the whitewashed hipster gay™ marching outside the State Library, and another day I’m the Filipino girl with an ex-boyfriend eating with her hands at a family dinner. There’s no in between, because I’m never in a room of Filipino-Sri Lankan-Australian bisexual women.

Sometimes, I just can’t be bothered with the emotional labour of acting as a conduit. Believe it or not, I’m not always prepared with or willing to give a 10- minute presentation on the intricacies of my mixed race or sexual orientation.

But the real kicker is that, despite all these identity acrobatics, I’ve still never considered myself a real part of any of the communities I try to fit myself into. I’m always too whitewashed, too Asian, too straight or too gay. It’s like I’ve got my fingers in too many pies, but can’t sit down and take a bite of any of them.

The problem with there not being a space for me is that I’m forced to use the environments I’m in to govern the performance of my identity. So when other people’s perception is stripped away, what exactly am I left with? It all feels very Shrodingian: a box of contradictions that is both everything and nothing.

Being stretched over so many dividing lines has reduced my identity into a numbers game, suppressing or exaggerating parts of myself to measure up to whoever’s perceiving me.

I’m in the process of conceptualising my identity as an accumulation, rather than a mismatched combination of traits from across nations and the sexuality spectrum; the possibility of forging an identity that isn’t dependent on where I am or who’s looking at me.

I’ve found myself in this middle ground through no fault of my own, so I may as well carve my own space within it, one day at a time. A space where I can exist in my mixed entirety, contradictions and all, even if that space remains within myself.

Kim Koelmeyer is a writer and law student from Melbourne, hot off the tail of a year abroad in Shanghai with slightly better Mandarin skills to show for it. Despite being a writer, she prefers to primarily communicate her feelings with memes. You can find more of her work here and she tweets @mirroreyedgazer.