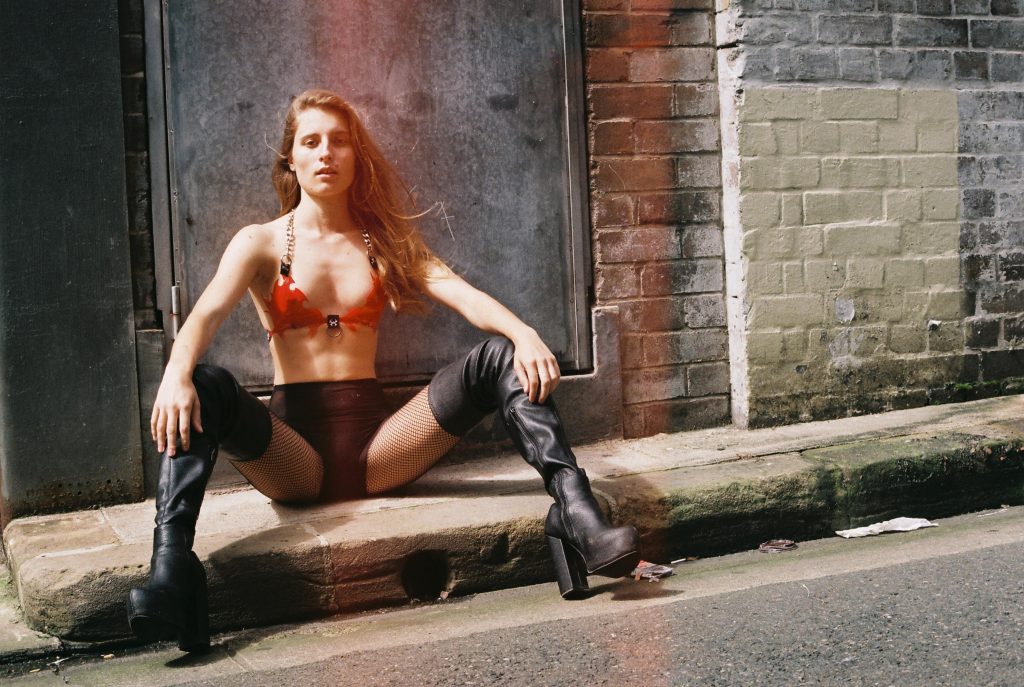 She asks me: “How do lesbians have sex?” Just five minutes ago we had shared a cock together, looking up between mouthfuls to laugh with our eyes in joyful collusion at the client’s expense.

I’m slightly shocked that in her years of working, she’s never come across a “real lesbian”, as she calls me; that in her unending roll of sexual experience, there hasn’t been one splice of queer among the hetero; that she lives what others would consider a fringe lifestyle, yet never encountered a queer girl.

Also, I hate that question.

“Do you mean how do I have sex, like, with my girlfriend?”

That’s a pretty personal question. I hold off from saying so, but peel my skin off the sweaty couch and move a foot away from her, creating a physical gulf that mirrors the now growing space between us.

“No, like, how is it possible to have sex? And how do you deal with vagina? It’s just so gross.”

I sometimes forget that the girls’ room at work isn’t a safe space. In that tiny box, legs and hair extensions entangled for nine hours of the night, laughing over the way that client came, or the sass you gave when he tried to haggle, or the sponge you forgot was inside you – it’s easy to think you’re in some sort of sisterhood, united against the world.

Easy to think, until a girl refuses to intro an Indian client, and you realise racism slides off her tongue more easily than the bronzer will come off her cheeks.

Easy to think, until the woman who shared her Thai food with you makes a comment about not wanting to have to share a changeroom with “lesbos”.

At work, we are brought together by one thing: the fact that we all do sex work. The nature of the work creates an accelerated intimacy: we spend large chunks of time stuffed into a too-small room, and we often know the most secret parts of each other’s lives.

We help each other hide our work from boyfriends, abusive husbands, or housemates.

We tell each other when a tampon string is showing, or give a heads-up that the guy who just walked in pays $300 for full service without question.

It’s easy to confuse all this for a wider solidarity. In fact, there are often no shared politics. We come from vastly different backgrounds, having walked different paths to get to that same point, and sometimes I am shocked by the language used. I forget that not everyone has been exposed to the kinds of political discussions I’m used to, or had the privilege to be educated in the same way I have.

Not everyone knows what it means to gaslight someone. Not everyone understands heteronormativity, or knows that the use of incorrect gender pronouns can violently undermine someone’s identity.

I am disoriented when one of the girls I get along with best is a vocal Trump supporter. When I talk excitedly of Mardi Gras, I am shattered when the Russian girl I have a crush on says, in her thick accent:

The queer club isn’t a safe space for me, either. In my own imagining, the club is a utopia of queerness; a berth far from any groping, straight hands.

Instead, I am told by a gay guy: “Don’t class yourself with those dirty prostitutes, babe, you are actually so pretty and could really do something.”

I’ve been to lesbian nights a total of three times. I have been pushed up against a wall and kissed by a straight man, approached by a girl and asked, “How does it feel being the only straight girl here?”, and ushered to the stage because a security guard assumed I must be a back-up dancer.

After that, I gave up, and instead  immersed myself in lesbian literature in order to feel part of some community, if only one that exists solely between the pages of my latest paperback.

There is no space in these queer realities for my femme-ness, unless there is a butch standing beside me, thereby legitimising my ‘choice’ to ‘look straight’.

At another queer night, I sought refuge in the men’s bathroom: although I am mistakenly welcomed there as a ‘fag hag’, it’s better than the women’s bathroom, where I’m called a slut, and berated for wearing no top.

When I speak about this, I’m told I’m whingeing. I’m told I have it easy, because I’m ‘straight-passing’.

But, is it easy being shut out of my own community?

Is it easy to feel as though I have to cut my hair, and change who I am, for my sexuality to be validated?

Is it easy to be asked, “Are you two here with your boyfriends?” when I’m standing with my femme girlfriend at a queer club?

Is it easy having to listen to jokes about ‘dykes’, because people assume I am not one?

Is it easy to have my body constantly man-handled like public property, or private moments with my girlfriend turned into a free-for-all, because a relationship between two femmes must be performative?

Being ‘straight-passing’ is an incredibly double-edged sword. I have all the benefits of not being visible: I’m at less risk of being bashed, or of corrective rape, or being turned away from a job based on my sexual identity. 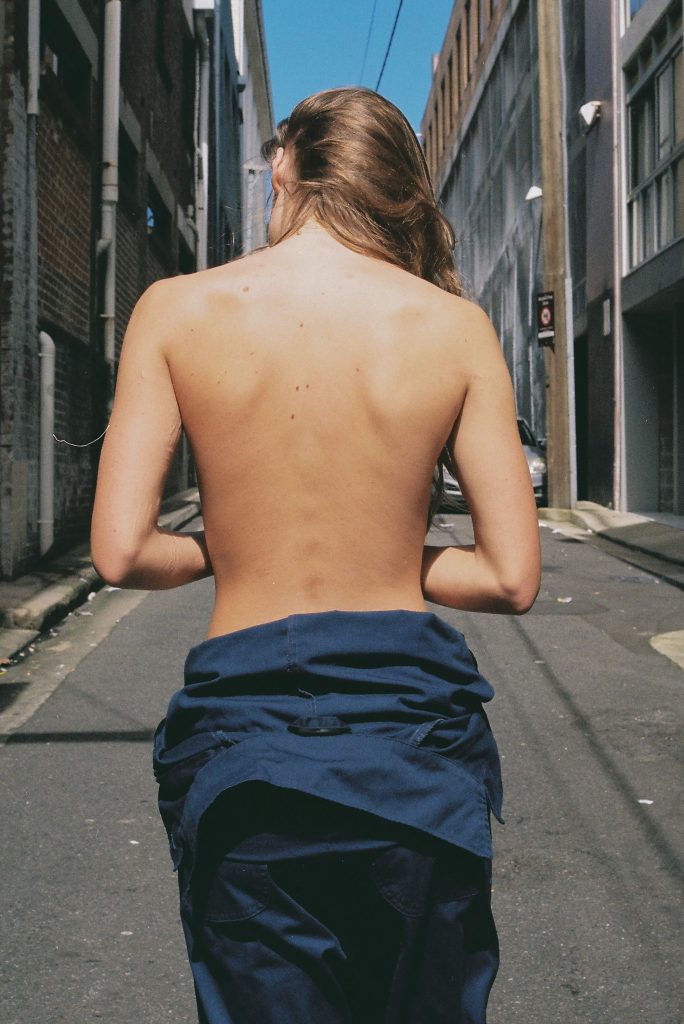 It’s important to me to be read as gay, because queer friendships sustain me. Because I am just as much queer as I am a woman. Because, in my whole eight years of being out and not read as queer, I have thrilled for any moment of recognition.

How do you make someone else understand that queerness seeps through you, and out of you, until the trim box overflows? Or that in the crook of my elbow, the sprigs of veins come up queer?

That behind the shelf of my pussy, in the very depth of me, I am damp with queer; that it hammers inside me, against my skin, begging to be seen and to be recognised.

Online feminism isn’t a safe space, either. There, I’m told that I’m catering to the patriarchy because I’m a sex worker, as though I only exist as a vessel of womanhood, and I’m not using my earnings to fund a lesbian reality with my partner.

I’m called a “blow-up fuck doll” by someone who professes to have my best interests at heart.

I’m called a “vagina on legs” by a feminist, who reduces me to one aspect of my anatomy far more effectively than a client ever has.

Hollywood also bars me from feminist spaces. Lena Dunham said that “part of being a feminist is giving other women the freedom to make choices you might not necessarily make yourself,” but then signed a petition against a proposal by Amnesty International to decriminalise sex work.

Meryl Streep, who was applauded for her speech in which she said, “When the powerful use their position to bully others, we all lose,” did the same.

This was a high-profile campaign by white actresses, secure in their ivory towers of wealth, that railed against sex work and those who do it.

What is this if not an example of the powerful bullying others, and taking away the rights of the marginalised?

What do you do when the spaces in which you should belong don’t accommodate you? I build a nest within them: a concave in the intersections, warmed with fronds and friends, and the beating of bodies of those who accept all of what goes into me: not just the sex work, not just the queerness.

I’m used to having to build my own spaces, by tooth and nail, stiletto and pen. A small space clawed out of an unforgiving, formidable cliff is not unusual to me.

Queers are used to making little spaces where we can shut out the rest of the world, and huddle with our friends like babushka dolls, packed tight and finding belonging in numbers.

Sex workers are used to pseudonyms, and layers of knowledge about fellow whores – an intricacy to intimacy that means you know what a person’s labia looks like inside-out, but not the name their bills are addressed to.

We work among the coded language of sex acts, encrypted messages, and a kind of political organising that prioritises our privacy.

Solidarity and confidentiality shield us, together, from the rest of the world.

As a femme queer whore, I am accustomed to sounding out the other girls at work, desperately hoping I will find someone else like me.

I’m used to inviting the new queer girl on shift to sit by me on the couch, so we can have our own little corner of queer solidarity, and the comfort to cringe, or sometimes correct, when someone says something that is particularly grating.

With these tools at my belt, I have given up my search for the perfect space. Instead, I’ve moulded my own space, with the rage and frustration of being unwelcome in others.

I’ve smoothed it with my tears of rejection, and then stepped inside it. The one place I can be safe.

Tilly Lawless is a queer, Sydney-based sex worker who writes on femme invisibility, the intersection between her queerness and her work, and sex worker rights. Follow her on instagram @tilly_lawless