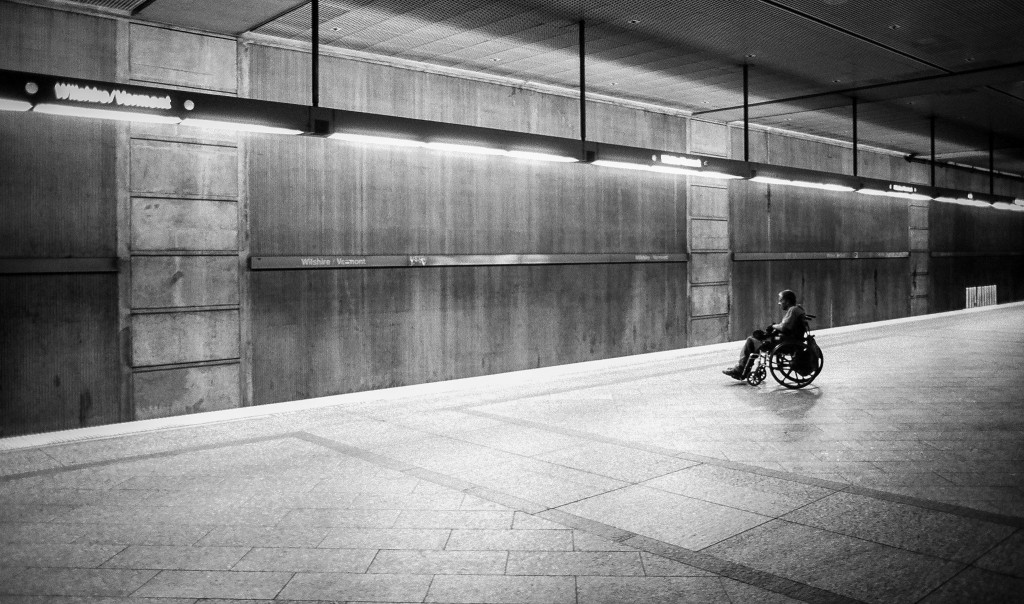 I have been living with an acquired brain injury since 2013. Since then, I have often encountered ignorant and callous attitudes toward disabled people among queer folk who align themselves with intersectional feminism. Many other disabled people I know have had similar experiences with ableism.

One friend of mine, Jesse, eloquently described what a lot of disabled people in the queer community experience to varying degrees, myself included: “I’m constantly attempting to justify my right to exist proudly in my disabled identity. Since most major queer events lack physical accessibility for me, if I want to be involved I need to combine that emotional labour with physical labour, which is then largely belittled and devalued.”

I recognise that we are all unlearning prejudice and I am not intending to call out any individuals. I acknowledge that many queer communities I’ve encountered have done amazing work in community organising and examining discourse in order to better represent and respect marginalised groups, including disabled people. I do not wish to dismiss that.

Instead, I want to draw attention to a residual culture of exclusion that is too often apologised for or excused without enough commitment to accountability and tangible change.

In recent times, there have been many easily identifiable examples of ableist exclusionary behaviour in queer communities. In Melbourne where I live, queer event organisers frequently choose venues that are inaccessible to people with limited mobility, which frankly makes a queer “community” event private and exclusive, since not 100% of queer people can attend.

Excuses usually relate to the cost of hiring an already accessible venue or making a venue accessible. I have also heard someone explicitly say they don’t personally know anyone with restricted mobility, so they didn’t consider it.

In response to a queer-themed episode of Black Mirror that represented an interracial romantic relationship, the bulk of reactions I saw online from women who love women (WLW) across the world were overwhelmingly positive, without any acknowledgement of the ableism present in the casting and themes of the episode, which were dehumanising toward people living with quadriplegia.

More than once I’ve seen Melbourne event pages on Facebook ask urgently for an Auslan interpreter to work an event with only a few days notice. These events have usually been in the works for weeks or months, but the provision of interpreters so that deaf and hard of hearing people can attend is often an afterthought.

Additionally, language is a powerful tool which can often be misused, with abled queers taking terms and phrases created by and for disabled people without properly engaging with their meaning. When I spoke about this to Maddison, a queer disabled friend of mine, she referenced how the concept of ‘spoons’ is being appropriated by abled queer people “just as slang.”

‘Spoons’ is a term created by disabled activist Christine Miserandino to describe having limited energy or physical capacity for everyday activities. As a result of this casual conflation by abled queers of general tiredness with chronic fatigue, Maddison argued, it “kind of takes away any ability to verbalise when you’re dealing with something serious.”

Another disabled friend of mine, Kelly, further indicated a lack of critical engagement among queers with disability politics when telling me some of her experiences. These included finding queer share-housing advertisements demanding applicants “work full time” and queer people treating her like her inability to have “marathon” sexual encounters or consecutive nights out was a personal failure.

The desire to de-stigmatise disability might have been part of the movement to absorb terms like ‘spoons’ into the everyday language of queer communities, but in a lot of areas a broader shift in ableist attitudes and ableism hasn’t happened yet.

This failure to absorb disability politics into an intersectional feminist framework also undermines any stated commitment to anti-racism or anti-classism, because people who are working-class, on welfare payments or Indigenous are statistically more likely to experience disability. The harm is far-reaching and deeply felt.

We have a beautiful culture of self-examination and radical thinking in the queer communities I’ve found in Melbourne and online. I think this can be a powerful tool for bettering ourselves and the ways we construct and maintain community. But it seems like ableism often falls through the cracks when people discuss marginality, and this needs to be considered critically and fought against wholeheartedly.

All the inclusive language in the world can’t undo people’s unwillingness to create accessible spaces for disabled people because it’s too expensive, or because the film being presented was only personally offensive to some people in the community and not all, or because a group of people were forgotten when community events were being organised.

The presumption that there mustn’t be any queer disabled people wanting to attend an event being organised points to personal prejudices in how people have created their friend networks as well as a faltering commitment to inclusion on the basis of equality and fairness. If abled queer people do not know disabled queer people or what they go through when trying to be included in communities, we need to examine why that is and work harder right now to change it.

Quinn Jean is a white disabled genderfluid woman living in Melbourne on Wurundjeri land. Their writing has been published at Four Three Film but more frequently on the tumblr blog they started as a teenager.