Bushfires and community: All in it together 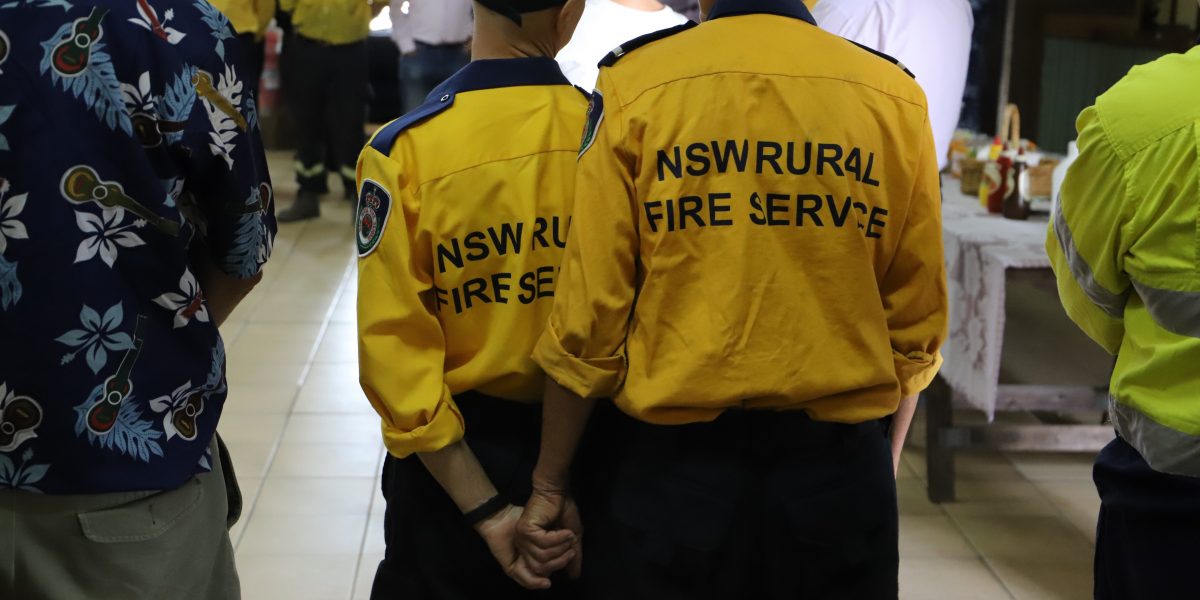 The Rural Fire Service pager beeped soon after my partner Jen and I returned to the farm – after the long drive from Sydney with the truck loaded with my late mother’s books, rugs and writings, after we’d pulled a cow who’d got stuck in the mud of the bottom dam. We were in drought.

I groaned at the thought of lifting my weary body from the couch. But we, the only lesbian couple for miles, were integral and active members of our volunteer crew. Catastrophic natural disasters are known to cement small communities, and front-line work like fire-fighting welds teams together irrespective of difference.

We pulled on our yellows, tied up the dogs, kissed at the front gate as we have these past 22 years. The fire was forty minutes away and by the time our truck arrived, smoke was billowing black and flames were feet high. It was a fire that would see 18 houses lost and some, thankfully, saved. It was a fire we’d battle for days, along with strike teams from elsewhere. Long, smoky, exhausting days.

It was a time that highlighted our crew’s cohesion, and the community’s appreciation. Late one night when we got back to the shed, we found paper serviette notes tucked under our windscreen wipers: “Thanks and Love”.

Jen and I were trained back in 2003, after Jen lost the mud-brick and timber home she’d been building for a decade to the October 2002 bushfire.

It took some years for the brigade’s boys’ club to include us and acknowledge our value. Jen’s usefulness was plain: she’s ridden all over this country herding cattle since 1981, and she knows how to use machinery and her body. In contrast I – a heady urbanite still – feel a little silly even describing myself as a firefighter.

At the beginning of each season I struggle to remember how to start the pump. The reel is so high and heavy that I’ve torn my rotator cuff winding the hose. I’m not keen on all that smoke in the eyes. And those hours spent driving to fires, or waiting for a fire to come out through the timber, feel like a waste of time, a diversion from my desk.

Despite this, a decade ago the boys’ club elected me President. Oddly, miles away from the scaffolding of my former urbanised life, this role allows me to use my skills to contribute to the community – and keep the brigade in line.

These days, a reluctant Jen wears the stripes of Deputy Captain. We could mount a women’s crew, and everyone even accommodated my butchers’ paper debrief after last year’s fires. These days I too go out on the trucks – simply because our crew exhibits a special kind of beauty: team work that absorbs limitations and highlights different strengths.

We were at a BBQ lunch to celebrate the end of the fires. Two trestle tables on the veranda at our neighbour Frankie’s place, about 20 brigade members. How to pick my moment?

Just before everyone got up to get lunch, in my best President’s voice I said, “Folks.” The table hushed – they’re used to this from me. “I need to tell you something personal for Jen and me. It’s not certain ‘til I’ve had a diagnostic operation, but it’s looking like I’ve got ovarian cancer that’s metastasised.”

The table was silent, faces dropped. Burly blokes with big beards looked awkward. One said, “I’ll pray for you.”

Until the fires hit our small community on September 7, I’d seen few of the locals during my treatment. The curve balls had just kept on coming at us. The fires didn’t descend on the farm that September, but on October 8 we copped it.

Lucky us – we were home that day and not at chemo. We managed to save our house – just – but not the fences, water infrastructure, paddocks or sheds of hay. Others were not so lucky. Two people died that day. Some lost homes, and almost everyone lost some outbuildings and infrastructure. 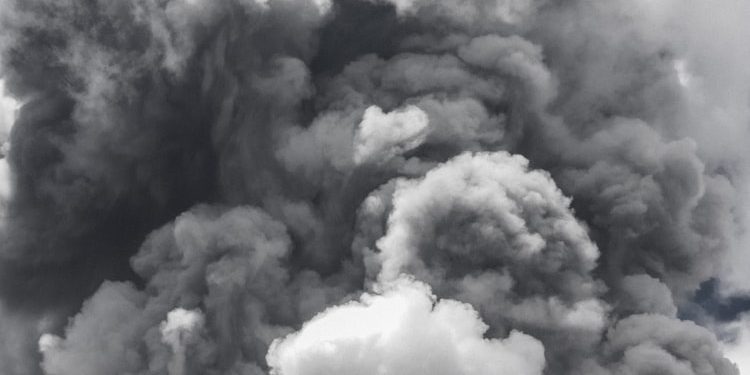 Two army helicopters landed beside our community hall. Out of them climbed army, security guards, minders, and then their Excellencies the Governor-General and Mrs Hurley.

There was no hiding my lack of eyebrows and eyelashes, but my RFS cap covered the soft fuzz that now stood in for hair, and I was energised by the steroids from chemo.

I welcomed all the dignitaries and public servants, and told them how the community hall had been built 23 years ago by this small but resilient community. Jen and I chatted with Mrs Hurley, who’d brought biscuits from Canberra, and I pulled the shyer brigade members into the conversation.

Our crew was strong together, conscious of each other’s losses and horrors – and amused by the unprecedented slew of dignitaries and departments. After the Governor-General spoke, Mrs Hurley stepped forward and asked us to join her in ‘You are my sunshine’. Our Fire Captain rolled his eyes, some shook their heads or muffled laughter. Everyone sang.

Jen and I might be a lone pair of dykes in a community with a high percentage of single heterosexual men. Back in the 80s, people might’ve thought that on this farm, women danced naked around fires and made sacrifices.

Twenty years ago, a drunk man might’ve bailed Jen up, insisting her friends weren’t welcome at a ‘family’ fun day. Even ten years ago it was taboo for us to touch each other in public, and there’s no doubt we’d still rather dance with our queer tribe on New Year’s Eve than down at the local hall.

But these days, in this tiny rural community, there’s no doubt Jen and I are cared for. Catastrophic fires and the grief in their wake, along with rebuilding and the joy in resilience, have repeatedly glued both our community and our brigade together. Jen and I are relied upon for our individual skills and for our strength as a couple.

I’d even go so far as to say that here, in this largely heterosexual community, our love is honoured – even if we refuse to get married.

Hayley Katzen migrated from South Africa to Australia in 1989. She has worked in public law and law reform, studied acting, produced a play about asylum seekers, and completed an MFA in Creative Writing, practising the crafts of short story and essay writing in the bushlands of north-eastern NSW at her girlfriend’s cattle farm. Her writing has been published in Australia and overseas, including in Australian Book Review, Griffith Review, Southerly, Fourth Genre and Kenyon Review. Untethered is her debut memoir.