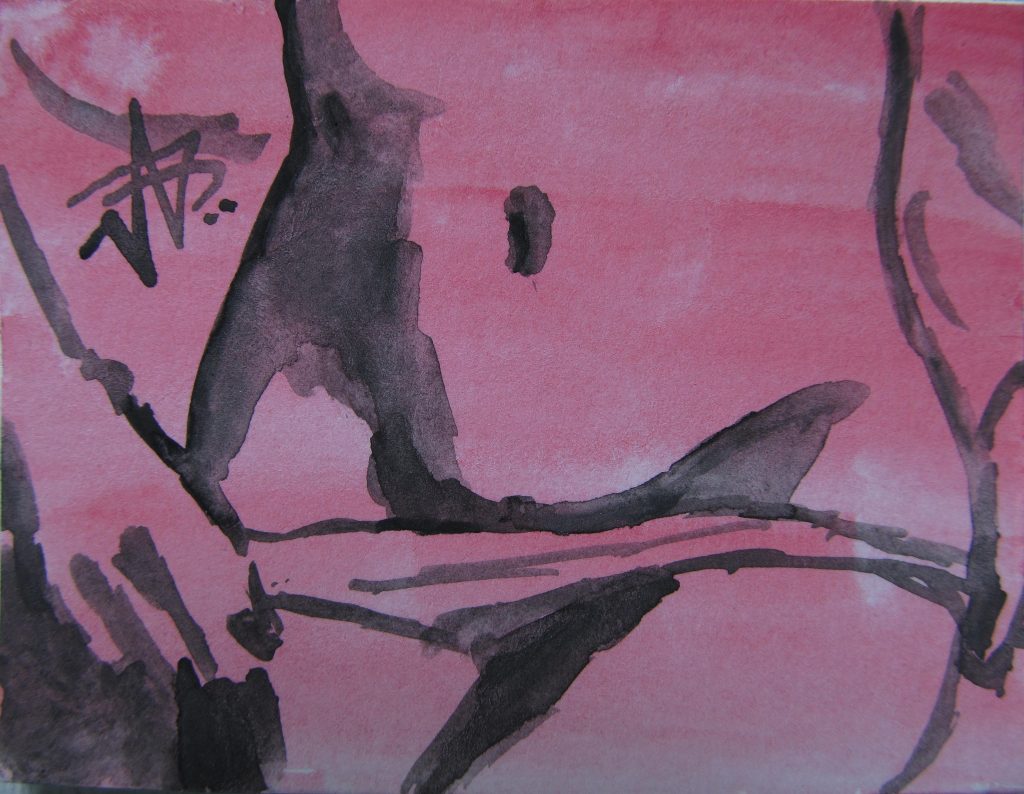 Doesn’t everyone remember their first time? Good, bad or ugly, we are socialised to remember it, and expected to.

I can’t remember when it was exactly, because in that one year multiple women asked me to fist them and I did. I remember freaking out once: we were in a YMCA in Sydney’s CBD and I was worrying about the housecleaners.

Another time, I remember feeling guilty and worried I had hurt her. And yet another time, I was disgusted with myself, self- loathing that I could be turned on by something so ‘gross’.

I grew up expecting to never have sex ’til I got married. These were cultural expectations, which created conflict when I realised I was queer.

I went down the path of sleeping with women and claiming it wasn’t sex (as if!) and I wasn’t practising safe sex with men, either.

I had issues with semen. I wouldn’t let it anywhere near me, and I later transferred this to female ejaculation. I struggled with women who wanted me to fuck them so they’d squirt. I’d do it, but feel sick afterwards.

All this loathing came from confusion over what I was meant to like, and what I wasn’t – for example, I liked having multiple lovers at once. This meant mess and limbs, and, in the moment, I could and did want to live there, but immediately after, I would want a shower.

I know the loathing had to be tied up in natural body emissions: snot, wee and poo were all ‘gross’ and I therefore associated sex fluids and blood with the same. I slept with many, many people to try to move past that. At times, it felt right, especially if the chemistry was strong. But if not, I felt like I had a role to play, the role of pushing sex boundaries as far as possible.

I couldn’t tell my family or friends, so I played in a sub-culture without truly embracing it. Fluids inside. Outside.

I was naturally a dom: a boyish dom that wouldn’t wear leather, but boy-shorts and suspenders. I couldn’t be a sub even if I tried, and, most of the time, I preferred to watch, especially if there were other fluids being exchanged. This would mean I didn’t need a shower but I could still be a part of the action.

I naturally assumed ‘boy’ in the bedroom, and have never been challenged. I took home an athletic butch woman one night, expecting to wrestle, but she went sub on me immediately, so have yet to know what being dominated feels like.

And maybe I never will. Fluids outside. In.

I created another identity for myself as a drag king. I had no issues and could play with any and all bodily fluids when I was in persona.

I felt invincible and pushed myself with sex, body jewellery, tattoos, pain – anything to feel the opposite of disgust. But I couldn’t bring myself to completely let go of some hang-ups – I remove all body hair, and enjoy the feeling on myself of being smooth. In persona, you can do anything, can’t you?

Nowadays, my life is very different. I don’t know if I have nostalgia because I turned 40 in January, or because it is real.

I do know that I have changed remarkably regarding fluids. If it’s someone I know, fluids are celebrated. With new friends, no-go to fluid games. Fluids in.

Anila Malli is a proud woman of colour, ex-Muslim and a psychologist by profession. When not thinking about thinking, Anila can be found walking the streets of Melbourne and trying not to smoke at the same time. This is her first attempt to share her truth.