Trans people, popular culture, and me 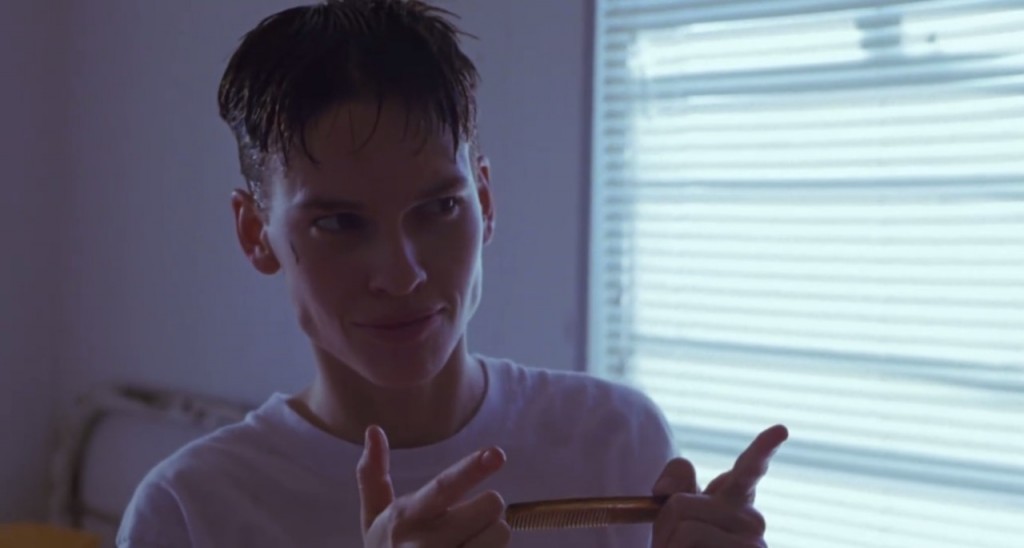 The first time I can remember seeing a trans person on TV was Silence of the Lambs. It was at a movie night with friends and we gasped and laughed and hid behind our hands as Buffalo Bill sneered “it puts the lotion in the basket”. I didn’t know what it meant then, or who I was –I only knew that what I was meant to feel was disgust.

The first time I can remember seeing a trans person on TV as a trans person myself is watching Boys Don’t Cry. Ironically, I cried more than I ever have in a film. I cried for an hour, and then cut my hair in the bathroom sink, bound my chest, and promised I would never again let myself feel small.

Caitlyn Jenner reveals herself to the world with anarchic extravagance. She is proud, and willing to be open about her experiences, and her family are proud. For a second, in the clamour of so many positive responses, I think yes, maybe we’re finally here.

Everyone is so proud to defend her, to correct those who continue to use her deadname or incorrect pronouns. Friends tell me about internet arguments they’ve had in her defence.

I like Orange Is the New Black. I like it a lot. And I adore Sophia Burset as a complex and nuanced trans character played by an immensely talented trans woman. However, I have issues with the fact that everything we have seen of Sophia thus far has been about her being trans.

A friend tells me about a new episode where Sophia’s storyline “isn’t about her gender”. It’s about her being a mother, she tells me, about how the other women –the real women –of Litchfield see her as a failed and inadequate parent. I fail to see how this could be about anything other than her gender. It still ends with a trans woman beaten and bleeding.

Whenever I’m asked if something to do with a trans issue is ‘okay’, whenever someone tells me I’m their ‘go-to person’ for ‘gender stuff’, I am aware that everything they see of me is about being trans.

The fact that my father enjoys Orange Is the New Black too didn’t make his silence when I came out to him any easier. It was no comfort in the ten months that followed where we barely spoke about it.

I text a boy I like and my fingers shake uncontrollably. I hear the voices of cheerfully unforgiving cis gay men telling me that I “can’t be gay”, that I’m not a boy in the same way they are, that I’m just not what they’re looking for. I remember gay male friends holding their bodies away from me when we hug because “girl parts” make them uncomfortable. I hear “girl”, I hear “ugly”, I hear “wrong”.

I hear him calling me “she” the first time we met, even though he knew my pronouns.

Glee airs another Very Special Episode about Being Nice To Trans People. Coach Beiste – a character, played by a cis woman, who has been a hugely important representation of butch femininity – comes out as a trans man. Despite this somewhat problematic contradiction, this is the first explanation of gender dysphoria many young people will see, distilled to beautiful simplicity. He explains it as “when your outsides don’t match how you feel inside”, and that it’s “not about who [he] wants to go to bed with, but who [he] wants to go to bed as”.

I ask my psychiatrist how much she knows about dysphoria, and she says “not much”, and asks if I’m a lesbian.

I see Jared Leto accept awards for putting on a dress and shaving his eyebrows, I see Eddie Redmayne, I see Andrew Garfield, I see Jeffrey Tambor, I see Tatiana Maslany. I see these people wearing my identity like a shiny costume, like the latest trend, and it only reminds me that it’s something I don’t get to take off. I see them treat my experiences like an acting exercise and it reminds me of every time I have been edited out of my own story.

Every conversation around trans rights right now carries with it a tone of overwhelming self-congratulation. I read articles by cis people and talk to cis people and what I hear is “look how good we’re being, look at us treating Caitlyn Jenner like a ‘real woman’, look at us crying over this tragic Facebook article, look at all these poignant hashtags”. Look how we consume the same narrative given to us over and over and call it progress.

I get up at a poetry slam and perform a poem about changing my name. When I sit down, a tearful judge explains how “I just thought she was so brave for performing that”.

I feel smaller and smaller every day.

The thing that sticks out most for me, when I remember watching Boys Don’t Cry, isn’t its tragedy. It’s the scene where Brandon gets dressed in the morning: everything’s going well, he’s falling in love and he thinks he’s got the girl and he’s going to make it. He puts himself together, combs his hair, and shoots himself a gleeful look in the mirror. He laughs: “I’m an asshole”. It is a moment which perfectly encapsulates, for me, the feeling of rightness I feel on days when I’m presenting exactly how I want to. In that moment, I feel completely understood. In that moment, I feel proud. 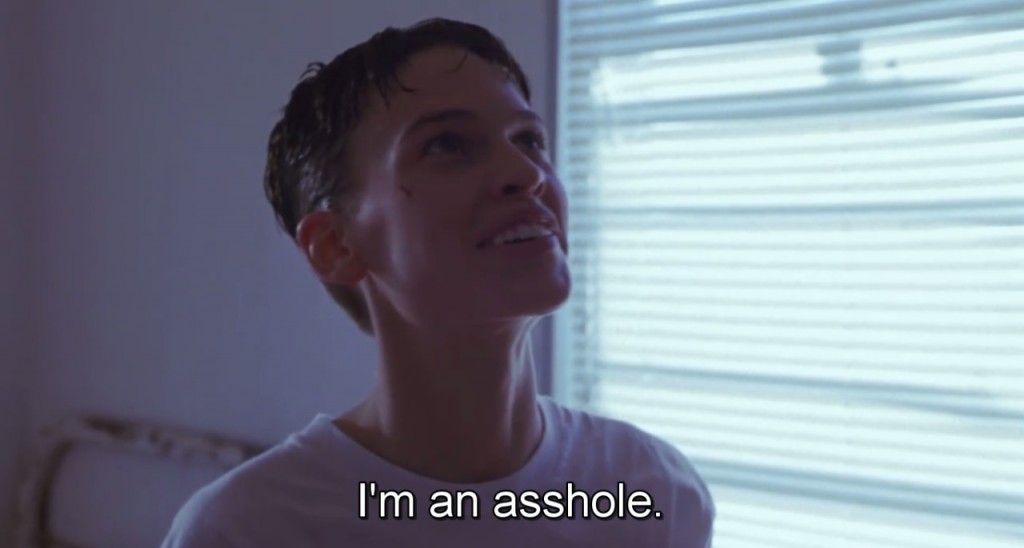 Charlie O’Grady is a student, poet, playwright, and jack of multiple other trades. He is also good at bowties, bad at feelings, and available for dates. He tweets @charmandrogyny.