Seeing red: Can safe-words end rape culture in the US? 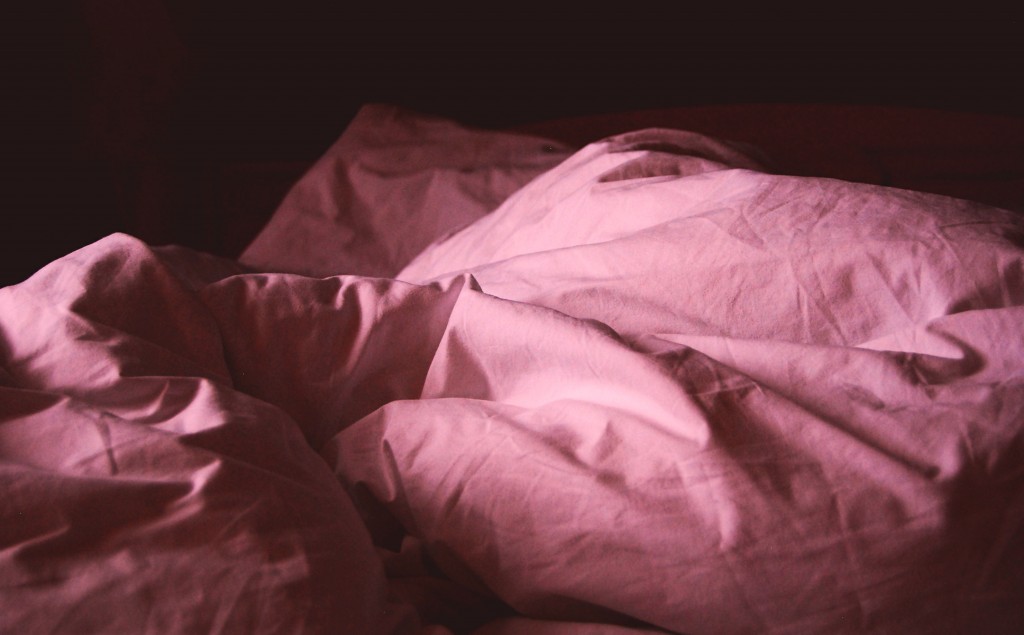 With a single word, Rebecca Blanton, a writer and performance artist in Sacramento, California, is on a mission to eradicate rape culture in the United States. That word is ‘red’.

Red is the most common ‘safe-word’ in the kink community. With the aid of safe-words,  people are able to practice negotiated and consensual play, both sexual and non-sexual. When uttered, safe-words indicate that all play is expected to stop immediately and the safe-word user is tended to. Failure to honour a safe-word comes with severe consequences both at public clubs and within the kink community.

Blanton, a kinkster for nearly 30 years, believes that implementing a safe-word such as ‘red’ on the national level has the potential to fill the gaps between ‘yes means yes’ and ‘no means no’. Her Red Stops Rape campaign aims to do just that, and Blanton says she’s seeing grassroots support from anti-rape organisations and politicians alike.

“I had been working in the women’s community, and around military sexual trauma issues,” Blanton explains to me in a Skype interview, referencing her year-long stint as Executive Director of the California Commission on the Status of Women and Girls.

“One of the things with rape issues, both in the military and out, is there’s always this grey area, of – ‘Well it wasn’t clear she didn’t want to have sex, I was getting mixed signals’ – and it’s used as a justification for rape.”

While conducting research for her 2014 release, Love Letters to a Unicorn: A book about kink, bdsm, and non-monogamy, Blanton discovered a case in which Texas judge Jeanine Howard sentenced a man to 45 days in jail and five years of probation for raping a 14-year-old girl. The man, 18 at the time he committed the crime, admitted to raping his victim as she said “no” and “stop,” but Judge Howard justified the light sentence with the words the girl used during the attack and the victim’s supposed promiscuity – Howard told the Dallas Morning News the girl “wasn’t the victim she claimed to be.”

“The judge asked the minor girl if she ever used the word ‘rape’ during her attack,” Blanton tells me. “When the girl said no, the judge used it as part of her qualification that it was not a ‘real’ rape.”

Just as ‘no means no’ carries ambiguities, so does ‘yes means yes’, or affirmative consent, recently put into effect on college campuses in California and New York, and on the legislative docket in many other US States. While solid in concept, Blanton says affirmative consent fails in practice – people aren’t naturally going to pause at each step during sex and ask for verbal confirmation that it’s okay to move forward.

‘Red’ and other safe-words allow people to revoke their consent absolutely and for whatever reason, even after sex has been thought out, planned, negotiated, and renegotiated. They allow for flexibility and levity, for the ability to say “Stop, I’m not okay with this,” and then carry on with things that are okay. They counter the notion that people’s bodies are completely open and available to their partners once everyone agrees to have sex; they suggest that limits and boundaries and conversations are inherent to sex.

Red Stops Rape posits what Blanton says is a revolutionary idea in America: that no matter what, people have a right to their own body.

“It’s a very simple concept that even a preschooler can get,” Blanton explains. “[The concept that] if there’s somebody at school who’s touching you or hitting you or trying to kiss you or anything like that, you just say ‘red’ to let them know it’s not okay and they need to stop immediately, it instills the idea very early on that your body is yours, and you have the right to protect it.”

Shannon Lambert, founder of Minneapolis, Minnesota’s Pandora’s Project, an organisation offering support to survivors of rape and sexual abuse, says that Red Stops Rape is “a simple, brilliant idea.” Rebecca Nagle, co-director of FORCE: Upsetting Rape Culture out of Baltimore, Maryland, also expresses support of Blanton’s campaign: she says people now know what consent is and that it’s important, but they need effective ways to practice it.

“If you think about it, that language is not part of sex ed, it’s not part of pop culture, and it’s not a part of the places where we learn how to have sex,” Nagle says. “I think very concrete tools and examples, like a safe-word, are great. It’s also what I hear people asking for. Whether everyone would use the same word across the board?” she continues. “I think that’s less important than having those concrete examples out there.”

Although people are receptive to Red Stops Rape,  Blanton knows there are hurdles to implementation. There’s stigma against the kink community, for one, and American sex education has a great deal of catching up to do: according to the National Conference of State Legislatures, as of 2015 only 19 US states required public sex education to be “medically, factually or technically accurate,” and only 22 states and the District of Columbia required public schools to teach sex ed.

“I’ve been approaching different politicians and women’s groups and saying, ‘Hey, this is an idea we need to start talking about,’” Blanton tells me. “Eventually a political window will open. Sometimes that’s 10 years, 15 years down the road, but you have to start the conversation at some point.”