Gender neutral pronouns: ‘hen’, and why we should put ‘they’ to wider use 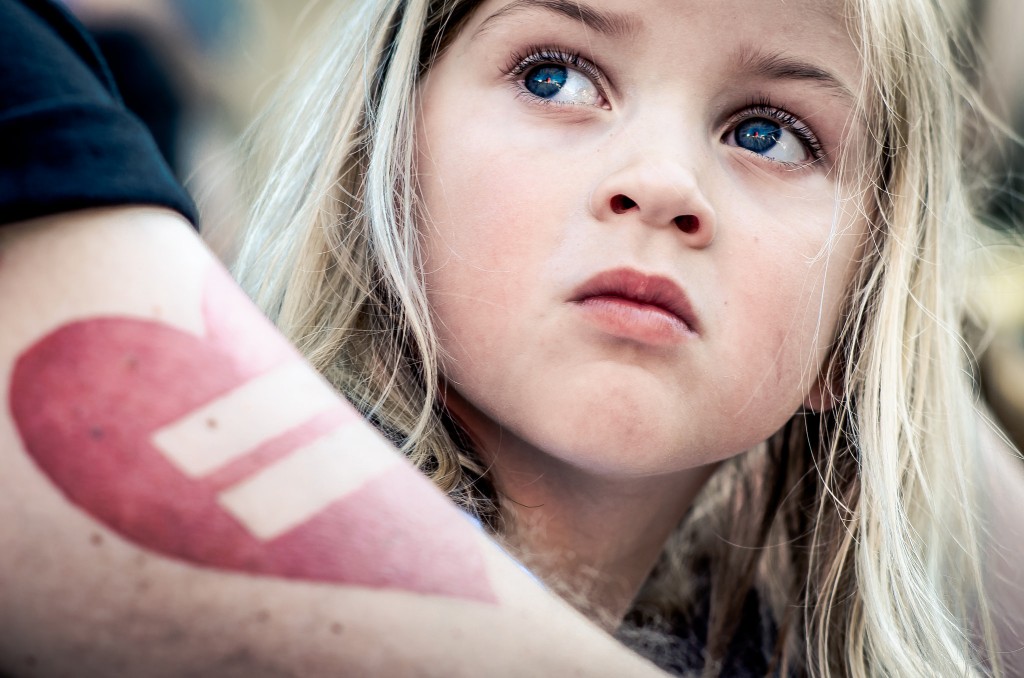 Good news for English speakers: the OED is considering admitting ‘Mx’ to the next edition – a gender-neutral alternative to Mr/Ms/Miss/Mrs. I’m generally pleased for the success of Mx (full form ‘Mixter’), as it is surely a mark of progress. I worry that it misses the issue, however, in being confined to bureaucratic purposes. If we are to have a language that reflects our cultural values of inclusivity and general niceness to all kinds, we need more than Mx. We need hen.

Hen is Swedish. It has recently been officially adopted as a singular gender-neutral pronoun alongside the conventional hon (she) and han (he). It is newly official, though not itself brand new, having been in use since the 1960s. Sven-Goran Malmgren, editor of the Swedish Academy’s official dictionary, said to The Independent that hen “is a word which is in use and without a doubt fills a function.” This function, as explained by The Guardian, is that:

‘hen’ can be used without revealing gender – either because it is unknown, because the person is transgender, or the information is superfluous.

This raises an interesting question: isn’t direct reference to one’s gender usually superfluous? Such reference is the norm of everyday English, but why? Who is it serving? More importantly, who is it hurting?

Usually, when we talk about people in the third person in English, we identify them by the gender they physically display. I find this to be wholly unnecessary. It gives cause to wonder, what if things were the other way around? Rather than obliging those who choose a gender-neutral pronoun, yet retaining the gendered default with all its risk of offence and irrelevance, what if the norm were a gender-neutral pronoun?

I feel this would result in a greatly improved sentiment: if you choose to be referred to by a gendered pronoun I will gladly accommodate you, but for the sake of inclusivity, convenience and politeness, I will use a gender-neutral pronoun as my default. I’m not arguing that everyone ought to adopt a gender-neutral pronoun, just that as a general rule, we ought to assume one of others.

A buddy, Dylan, came out as trans about eight years ago. This meant changing, among other things, his pronoun. I asked him how he felt about gender in the preceding and early years of his transition: “It’s just about making those assumptions about people, and being like ‘I’m just going to decide that you’re a man or a woman’. We need to acknowledge that there’s such a spectrum of gender and of sexuality, and that everybody’s just somewhere on that. It’s nowhere near as black and white as we’re forced to engage with.” Talking with Dylan made me think that defaulting to gendered pronouns propagates a dichotomy that is largely irrelevant to the fluidity of the applied concept. Defaulting to gendered neutral pronouns assumes there to be two, absolutely distinct genders, of which you can be only one or the other.

This is a fairly mundane concept within the queer community. Outside of this community, though, things are different. “The outside world doesn’t give a fuck. You know, it’s not like you can be like ‘I’m they’. No-one cares,” says Dylan.

Talk about gender neutrality is mostly limited to gender diverse communities. This limitation seems to drastically underestimate the potential of a gender neutral pronoun.

There is a loud, ongoing discussion over how to dissuade people of the notion of dichotomised gender within the queer community. While the queer community certainly form the chorus of this song, there is a powerful descant coming from a different group altogether. The re-introduction of hen into everyday Swedish was in large part due to a push from Sweden’s childcare workers.

It was sparked by the publication of a children’s book Kivi och Monsterhund (Kivi and the Monsterdog) by Jesper Lundqvist, written with a gender-neutral protagonist. Many Swedish daycare centres refer to their charges in gender-neutral terms, replacing ‘boys and girls’ with ‘friends’ – stuff like that. They needed hen.

A child at a Pride festival. Image by Erin, reproduced under the Creative Commons 2.0 license.

My friend Dylan, as it happens, lives with a four year old by the name of Arrow. Arrow’s notion of gender is interestingly fluid. Dylan explains, “sometimes she’s like ‘I’m a girl’ or, ‘I’m a boy’ or, ‘I’m a dinosaur’ or whatever, and we’re like, ‘cool babe, that’s fine. It’s not actually a big deal, but I don’t want to offend you so just let me know what it is.’” He laughs. “That attitude is really good I think.”

Arrow seems to manage gender fluidity with meritorious ease. She arbitrarily and inconsistently designates terms like ‘auntie’ and ‘uncle’ to the adults surrounding her, and has apparently divorced these terms from any display of gender. Dylan explained that Arrow has been taught that “you can never tell anybody what they are because that might make them upset and that’s not okay’. Like, ‘it’s okay to be whatever you want, but you don’t get to tell somebody you’re this thing,’ you know.” They appeal to her, “How would you like it?”

Dylan worries for the experiences that await Arrow: “As soon as you’re in primary school, it’s just like bam! It’s girls and boys, and it’s toilets and swimming lessons and sports teams … and if you’re anything other than cis and comfortable in that then yeah, it’s not good.” The adult world is not much different. It’s men and women, toilets and gendered pronouns.

If we had a hen, its widespread adoption as the default may fill some gaping cavities in our language. Addressing the ‘average person’, for example, often involves unnecessarily gendered language and as a result, can be clunky or unclear. Worse still, it may require defaulting to male gendered pronouns. The language of the law, of religion, of ethics and instruction often require this sort of address. The usefulness of hen extends still deeper into our everyday interactions. Collegiate language – for instance in writing letters of professional recommendation – could make good use of hen. In our everyday, how often do we actually need to specify gender? What are we gaining by defaulting to gendered pronouns?

Grammaticasters might argue that the rules of English make it necessary to refer to someone’s gender each time he or she is singularly addressed in the third person. In response, there have been plenty of attempts to introduce a neologistic gender-neutral pronoun. The earliest one we know about was in NY Commercial Advertiser somewhere around 1850 (long before the volume was turned up on gender-diverse identity politics). It was ‘ne’, ‘nis’, ‘nim’; ‘nis house’ or ‘ne said’ or ‘with nim’. And so begins a doomed history of attempting to make new words sound natural.

Throughout this history, ‘they’ has been used as a gender-neutral signifier with relative persistence. It’s particularly successful; we’ve been using ‘they’ for many years. Consider these sentences: “If someone thinks this person is to blame, they should speak up” (adapted from Chaucer’s Canterbury Tales) or Jane Austen’s timely, “I would have every body marry if they can do it properly” (Mansfield Park), or “every one to rest themselves betake” (from Shakespeare’s The Rape of Lucrece). These sentences, if slightly dated, make intuitive sense to native English speakers. Each uses ‘they’ as a singular signifier.

I am uncertain as to whether ‘they’ is the right, or even a good candidate. Neologisms are usually stillborn, but ‘they’ is not without issues either. An amount of clarity is sacrificed by referring to one person with a plural signifier, and it certainly takes practice. Still, it’s what we’re working with.

The flagrant insistence on gendered pronouns is far more damaging than any grammatical errors caused by using a plural signifier for a singular person. I believe ‘they’ to be the most successful of the proposed gender neutral pronouns because it is relatively intuitive. It need not be reserved for transgender, queer, or agendered persons. Let’s put it to wider use, and let it fill the vast and diverse functions available to it by adopting it into our mainstream and using it as the norm.

Emma Baitz is a Melbourne based writer and post graduate student in the history and philosophy of science. She interested in all things science, language and gender.