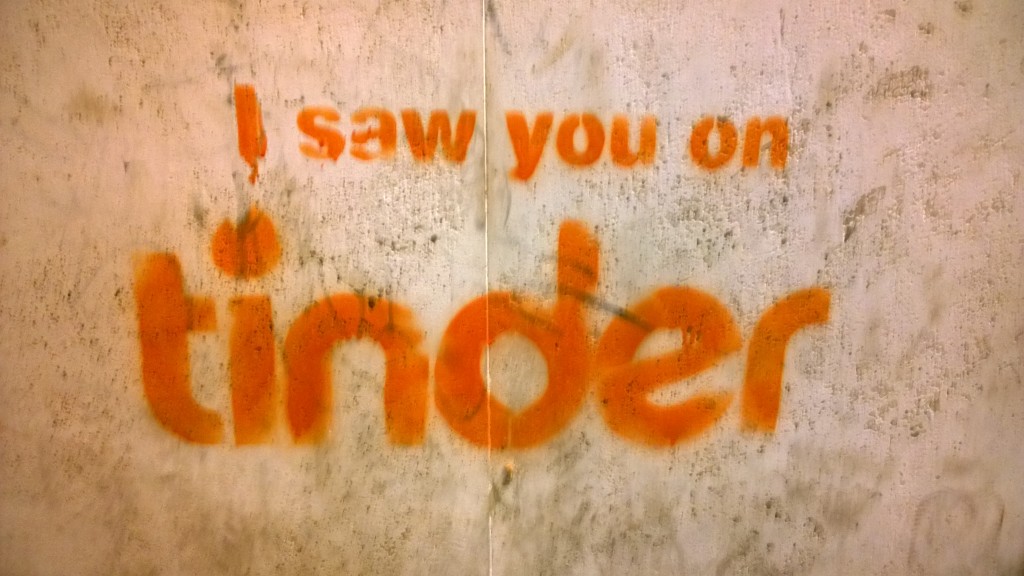 How would we feel, Nietzsche wondered, if a demon visited us in our darkest hour to deliver the message that this moment, and every other from birth to death, would be lived again and again for eternity? Would the knowledge of a life that echoed throughout time lend it a crushing weight? Or would we be able to affirm each moment’s eternal recurrence?

In essence, Nietzsche’s concern was the existential implications of permanence and transience, notions which Milan Kundera shaped into the thematic core of his novel, The Unbearable Lightness of Being. If commitment to one person is experienced as a crushing burden, does the alternative offer release, or does the freedom to indulge our sexual whims merely create an experience of unfulfilled angst; of unbearable lightness?

Sex and love are often discussed within such a dichotomous frame: the fleeting pleasure of the physical placed opposite the lasting significance of the emotional. As flag-bearer of the technico-sexual zeitgeist, matchmaking app Tinder has attracted the lion’s share of interest in this regard. But what accounts for interest in a smorgasbord of sexual partners? Could it be the pursuit of levity?

Bec* from Wollongong is 45, and has approximately eight active lovers, aged from 24 to 33, all of whom she met either on Tinder or other dating sites. She considers at least two of them to be friends. “One of them is exactly like a Platonic friend, except we also have sex. When we are not monogamously committed to another person we have an overtly sexual relationship. If either one moves into a monogamous relationship, we stop the sexual side of our relationship but the friendship continues to grow.

“I also have another guy who has been my lover for four years who isn’t really a part of my life in any of the usual ways friends are. We don’t have mutual friends. We aren’t even on each other’s Facebook. But we have admitted that what we feel is some kind of love. It’s not exclusive and it’s also not casual. It’s hard to define what we feel for one another as it’s not something you hear about or read about very often.

“On the other hand, one of my lovers is strictly ‘no strings’ – we don’t talk about anything in between sexual encounters.” Bec laughs and says,  “In fact we don’t talk much even when we hook up – but it’s always very satisfying and respectful and caring.”

Will*, 24, has five current sexual partners and says, “I always put my friendships first and foremost. If I think the sex is hampering the friendship, I cut sexual ties and return things to a Platonic basis. I have found it hard in a smaller town to find and maintain a successful relationship, thus I feel the need to be talking to multiple different girls because in an instant these friendships can just disappear due to any number of reasons. I’m always open, honest and upfront about where I stand and sometimes this scares some people off.”

Bec says the challenges of her erotic friendships include, “The fear of losing someone you are close to if they choose monogamy with someone else; communicating; missing out on some of the things that ‘couples’ get to experience, like going to movies, watching TV together, cooking, and the availability of a partner when you need them. Of course, these things are offset by pleasures and freedoms specific to being non-monogamous, but still, sometimes you crave those other things too. If lovers adopt a more ‘no strings’ approach you often don’t do things that appear coupley, which really annoys me sometimes, as if it’s only available within certain kinds of relationships.”

With unparalleled opportunities for social connectedness, perhaps the only meaningful question is how we negotiate our needs throughout our lives. Perhaps both lightness and weight are equally unbearable when they’re experienced as mutually exclusive forces. It would seem fortunate, then, to exist in an epoch of infinite compromise.

*Names have been changed to maintain the privacy of respondents

Jayne Kearney is a writer and postgraduate student based in Newcastle. She has worked as a freelance journalist, blogger and magazine editor and is currently employed as a communications specialist. She is fascinated by the fluidity and beauty possible in human relationships and sexuality. Follow her on Twitter @indydreaming