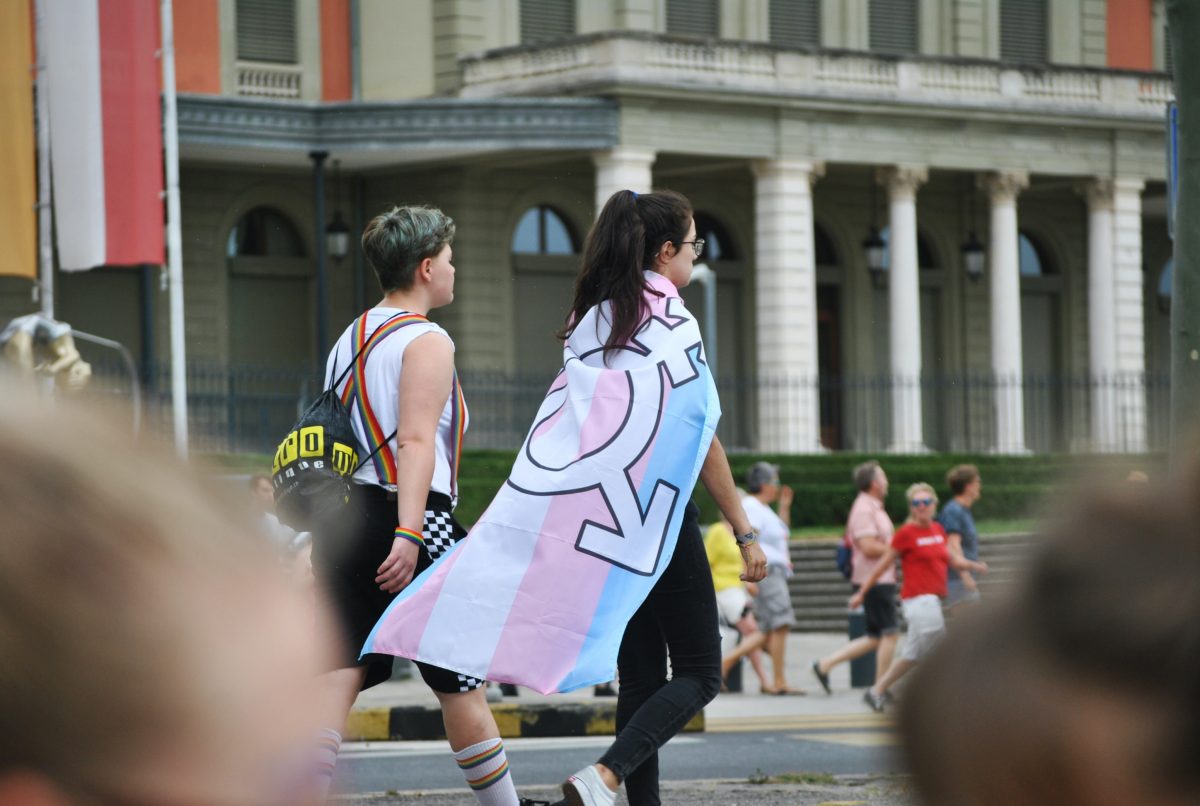 I write about gender a lot.

Usually I do it through fan fiction, stepping into the shoes of the few well-represented trans characters in the media to explore how they experience their gender. One such character lives in the far future, a gender utopia where nobody’s transition is questioned, and gender roles are a figment of an ancient imagination.

In writing about him, I met a roadblock. In a future where there are no clearly defined masculine or feminine traits, how would he talk about his experience with transition and his body?

Learning to write about gender without using the framework we currently have has pushed me to ask the big questions: What is it that creates maleness and femaleness? What makes both or neither? What drives people to pursue medical transition if bodies aren’t inherently gendered?

I don’t think a de-gendered world would eradicate the need for medical transition. Rather, gender would become individualised – it would be up to each person to decide what they picture as male, female, and non-binary, and thus how they’d pursue transition.

Gender would become something of a colour wheel from which we could pick and choose to create our own palette.

In applying this idea to my own transition, not only did I learn to understand myself better, but I learned to deeply appreciate the personal and subversive way my gender relates to my body.

Sometimes I feel my most masculine standing in the mirror looking at my chest.

When I talk to others, even other trans friends, I’m often reluctant to admit this. I enjoy how I look in a binder, and feel uncomfortable if I realise I’ve left the house without binding – but when it’s just me and the mirror, my chest is as male as the rest of me. At times, I even think it suits me.

Certainly not all transmasculine people relate – the trans experience is highly personal, and each person’s relationship with their body is equally valid – but it’s surprising how many people I’ve encountered while exploring this idea who do.

It’s a concept that spans across different trans experiences – the concept of self-authorship and of defining our own bodies. Mira Bellwether expresses this in her empowering zine about trans women’s bodies, Fucking Trans Women:

“What I have between my legs is not just a penis, it’s a woman’s penis. That’s something that took me a little while to put into words, but those are the right words. My body is a woman’s body and part of it is my penis, a woman’s penis.”

Alok V Menon, a poet, activist and fashion designer, is a strong advocate for reframing how we see body hair, noting the nuanced relationship between body hair, gender, and race. In their blog entry ‘Re-Imagining Body Hair’, they write:

“when did we first learn that body hair was wrong, dirty, unhygienic? when we were primed to think that women & feminine people could not have beards? what images, what words, what stories facilitated this? …my body hair is cursive written across my body: a love letter to you & me.”

This is one of the more beautiful parts of the trans experience: finding ways to relate to our bodies that we wouldn’t necessarily think about otherwise. It’s something I challenge everyone, regardless of their identity, to spend some time thinking about.

Listen to what your body is saying. For many, this might look very similar to the mainstream ideas of gender – but for those like me, you might find a new way to visualise yourself.

Nobody puts it better than Alok themself. In the final lines of ‘Re-Imagining Body Hair’, they write:

“i thought about whose language i was speaking. i started to write poetry – another way of saying, i started to speak my own language – & then i looked at myself & i no longer saw dissonance, i saw something else. i saw this. do you witness what i do?”

Poetry did for Alok what fanfiction did for me: it helped us find our language. What does that mean for me? I’m yet to know. I am a gender non-conforming man, and what that looks like to me can change.

But I do know this: I was never born in the wrong body. My body is already male, contrary to popular belief, and it is up to me, just as it is up to everyone equally, to decide what steps I do or don’t need to take for my body to match my definition of that maleness.

Jay Bowman is a first year Journalism and Biomedical Science student at UQ, a lover of podcasts, creative writing, and gender chaos.