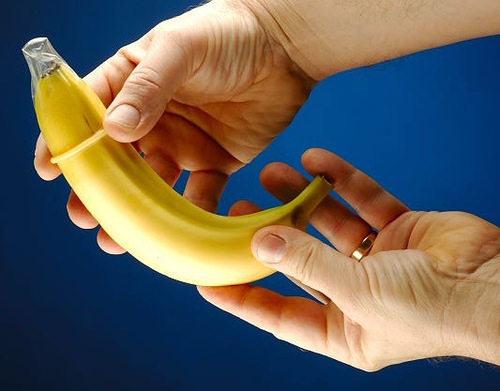 In an age of sexual liberation, a variety of guiding voices on issues of sexuality resonate throughout the internet. Bloggers pave the way for conversation about the fluidity of sexuality, the no-nos of slut shaming and how to be sexually active in a heteronormative, patriarchal society.

Mainstream media overlooks the world of bloggers, yet they provide valuable guidance that often isn’t available in school-run sex education. The Australian education system has a risk-focused approach to sex-ed, discussing the use of contraceptives and how to avoid STIs but not much else. The 2014 National Survey of Australian Secondary Students and Sexual Health found that LGBTIQ issues are the “most commonly missing topic” from sex-ed in school. Yet, inadequate sex education is not just a problem facing Australia, it is a global issue.

Photo by Bpenn005. Licensed under Public Domain via Wikimedia Commons.

While bloggers shouldn’t be tasked with the responsibility of replacing government education services, they certainly give a lot to their readers, paving the way for LGBTIQ inclusiveness and a sex-positive mindset.

Gwen Smith is the managing editor of GenderFork, an online community providing conversations for those who identify across the gender spectrum. She has been at GenderFork since 2010 and is a long-time advocate for transgender people, particularly in the digital realm. Gwen formed the first online forum for transgender people on a major network in 1993, back in America Online’s heyday and also founded the Transgender Day of Remembrance.

Gwen thinks the American education system could do better, despite improvement over the years. “The number one thing, to me, is simple: that it is okay to be LGBTIQ. It was what was lacking when I was in school, and it is still lacking now. It has gotten better, particular for lesbian and gay students, but support for bisexuals, trans people, and others still lags behind.

“It is encouraging to see a lot more resources out there, a lot more GSAs (gay-straight alliances) and other things on campuses, but not all campuses have these, and those that don’t are often the places they’re needed the most – in communities more likely to be intolerant,” she says.

Tea Hacic-Vlahovic, the babe behind Sugar Tits, tends to agree that the American education system is lacking in regards to sexual health and says that people tend to be “ashamed or afraid to seek professional help.”

“Sex education isn’t a priority in most schools and healthcare has become a luxury!” Tea says. Sexual health issues such as HPV, herpes or sexual dysfunction may not be adequately addressed at school or in the home. These issues extend to Australian audiences.

Tea runs an advice Tumblr where she aids predominantly young women who are experiencing issues of identity, sexual health and overall confusion around love, sex and dating. Tea has been running Sugar Tits for four years, writes for Wonderland Magazine amongst others and is currently looking for a publisher for her first book.

So what has Tea learnt from her years of helping people? “A common issue [people have] is figuring out the difference between bisexuality and curiosity. Many people write to ask how they should tell their partners that they want to experiment with the same/opposite sex. Some readers wonder if they’re asexual and how to find a partner that understands,” she says.

“For any sexuality, I suggest everyone to experiment as much as possible before committing to one person, so they don’t feel they missed out on a part of themselves after settling down.”

GenderFork fosters a community of genderqueer people, with users posting and answering each other’s questions. Gwen says that, “It’s a mixed bag of things people ask about, but the most common questions are ones of acceptance: how can I come out to friends, to family, at work, at school. Second to that are practical questions about clothing and other personal needs.”

Like GenderFork, Sugar Tits creates a community who will share their similar experiences and support those having difficulties. The difference between heteronormative relationships and LGBTIQ relationships is vast when people are learning about their sexuality, Tea has found. “Most cis/hetero relationship problems boil down to: does he like me? Why isn’t he good in bed? Should I leave him if he cheated? How do I get over him now that he’s gone? LGBTIQ questions deal more with identity issues. They’re usually philosophical and abstract and therefore more difficult to address!” she says.

Tea’s motivation is to inform and empower young women of all backgrounds through Sugar Tits because of her feminist values, “The main ‘point’ of everything I write is: be a badass, don’t give a shit what anybody thinks or says about you, do whatever you want whenever you want with whoever you want. Don’t just fuck the drummer, BE the drummer! Women have been second place and put their needs last for far too long. This generation of girls is going to change everything.”

Gwen Smith says to young people who are struggling with sexual or gender identity, “First and foremost, stay strong. It’s hard to be out there, particularly at a young age. We have to deal with family and their acceptance, with your school, with your peers, and so on. Part of that, too, is to seek out a safety net. Find accepting friends and chosen family that you can turn to in times of crises. That, to me, is first and foremost.”

You can find Gwen and a host of other volunteers work on Genderfork and you can find Tea on Instagram, at @teahacic or on her website.

Katerina Bryant is a writer, editor and law student based in Adelaide. She has what Gillian Anderson calls “feminist bones.” She tweets at @katerina_bry.