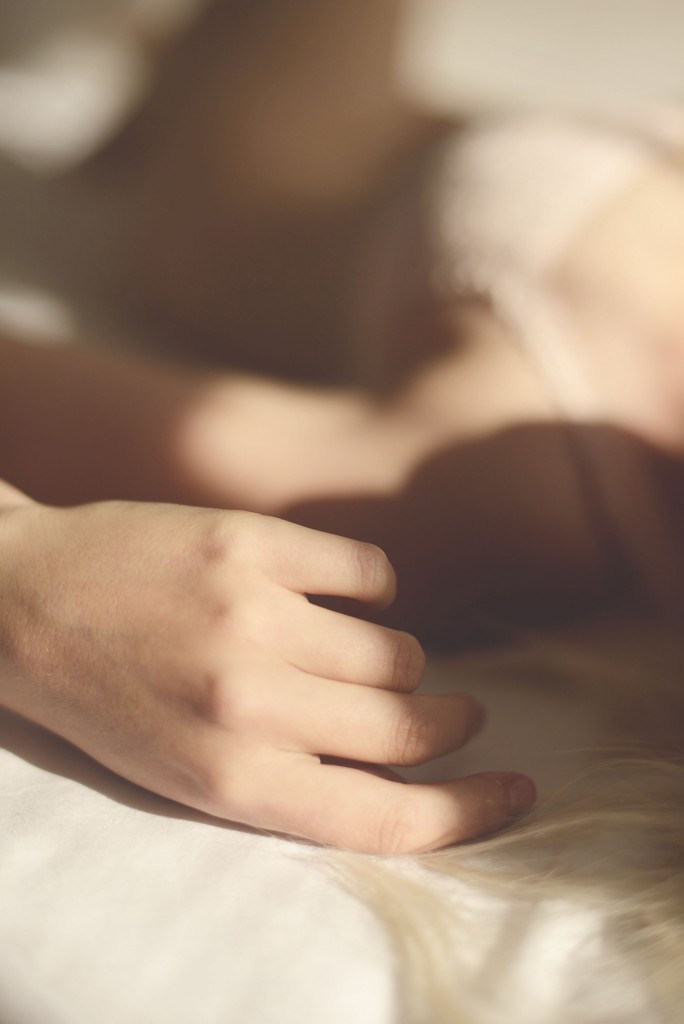 Possibly because I had no idea what I was doing, uncertain as to what my body actually enjoyed, and because I was a fumbling 24 year old, alone in a sharehouse bedroom, desperately hoping nobody would hear the quiet buzzing emerging from under my blanket.

Stretch marks and cellulite painted my thighs and my period came. Social anxiety became my personality, and that awkward adolescent phase lasted from around 13 until … okay I’m still there now, at 27.

Hormones certainly came and went, although I never allowed myself go explore or be curious about these sensations. Attending an all-girls Catholic school meant our sex education consisted of people shouting about sin and celibacy.

One such session during Year 11 involved a married heterosexual couple talking to us about valuing ourselves. They told us that if we let ourselves be used by boys, they would not respect us, and we would not deserve that respect anyway. There was a slideshow featuring images of Mother Teresa. It was all very confusing.

I lost my virginity at 17, a non-event similar to many others my age. A fumbling brought on by a crush and assisted by pre-mixed alcopops.

And yet after this supposedly huge event, I had no desire to continue exploring my sexuality. Being surrounded by only hetero friends, and considering myself SUPER straight, it became clear that sex was done something to do to a woman by a man.

Women often feel guilty for anything that gives us pleasure; we are told to feel guilty for enjoying a meal, a reality TV show. “Guilty pleasure” and “self-indulgence” are phrases that need to be eradicated permanently – ideally, demolished through a woodchipper (ala Fargo).

While I’m acutely aware that reflecting on wanking is a very wanky thing to do, exploring myself helped me fully understand my sexuality. By evading the guilt and ignoring the thoughts of “but nobody is getting anything out of this except me – how selfish!”, I was able to enjoy one of life’s very simple pleasures.

As a result, I realised my sexuality was far more fluid than I’d ever acknowledged. I came out as queer shortly after and have been primarily dating women since then. Sex with other people is so much more fun when it comes with an understanding of my own identity and sexual preference. The confidence this brings during intimacy is immeasurable.

I’ve worked with young people in the community for several years now and as we know, most current sex ed programs are ridiculously heteronormative, and based around fear and shame. It’s interesting that a lot of youth workers are comfortable asking about family violence, substance use, suicidal ideation – but still squirm at the thought of exploring the topic of sexuality. So, condoms are thrown at young people and fingers are crossed that everything is safe and consensual.

Exploring your body and your sexuality is a wonderful thing. You deserve to feel pleasure and enjoy yourself. It is a simple act of self-care and natural provider of endorphins, I’m surprised more psychologists don’t recommend it to their patients. Do yourself a favour and enjoy yourself tonight – guilt-free.