In exile: finding home as a queer woman from a refugee background 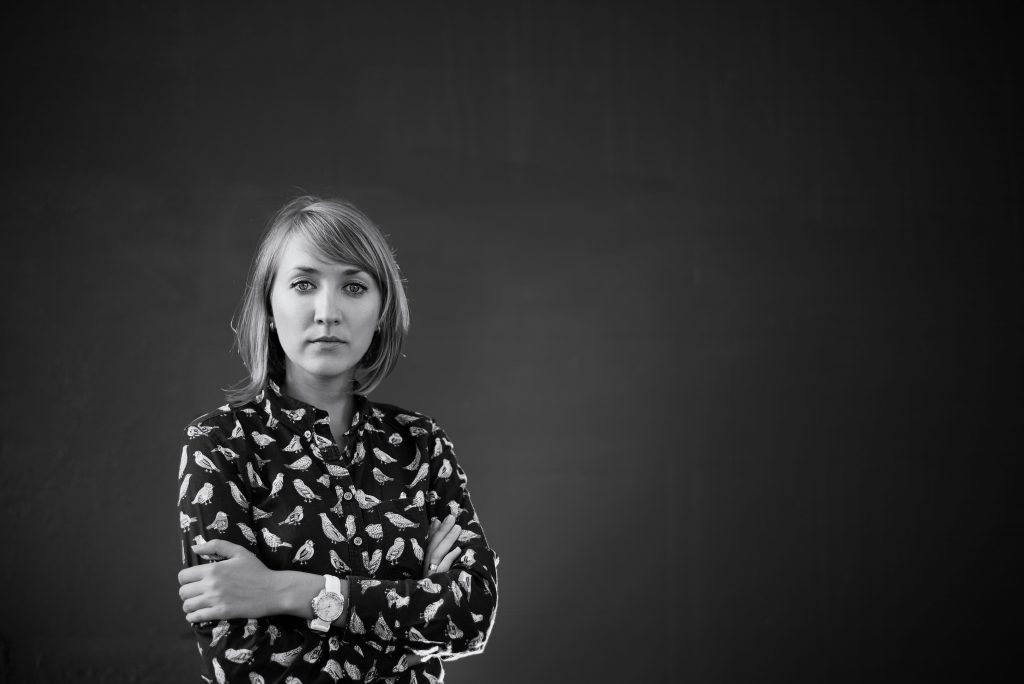 Finding a home in a new place is difficult, especially when your rights to that home are constantly called into question, writes Tina Dixson for Archer Magazine #8, the ‘SPACES’ issue.

The most common question I get asked in Australia is: “Where are you from?”

It is asked at a party, by an Uber driver, and in a bottle shop, when I mistakenly call a six-pack a case.

It is asked whenever my accent is mistaken as a sign of otherness. It is asked everywhere, by almost every person that I meet.

“Where are you from, Tina?”

“I am from Newtown,” I answer.

My response is rejected straight away with visible confusion, asserting the power of a native English speaker. “You did not understand my question.”

“I think you did not understand my answer,” I say in my head.

It always amazes me, in these instances, how immediately I am defined as not capable of making my own decisions and identifications, and how my identity is somehow ‘obvious’ to other people.

But, you might ask, what is the problem with the question? We are a multicultural country and we like to know where people come from.

“Where are you from?” is a kick in the guts that makes you gasp for air. It feels like someone grabbing your shoulders and pushing you backwards.

“Where are you from?” is a power game. “We get to decide who calls themselves an Australian. You do not belong here, you are not one of us.”

It is a trauma trigger, reminding you of the past.

I met my partner Renee in 2007, when she founded the first human rights LGBTIQ organisation in the region where we both lived: a young queer woman trying to resist the state machine of systemic violence.

The state operated on the so-called social discourses derived from their traditional (read: Orthodox) values.

They strictly opposed all the ‘gay propaganda’ they thought was being imposed on them from the West.

Your life and body were valuable for the state only when they fulfilled their roles: submission, reproduction, subjugation and conformism. This is the legacy of the coloniser.

When I get asked “Where are you from?”, I do think of a home.

I remember the woods on the edge of town. We used to go there with friends, we would make a fire and bake potatoes in the ashes.

I think of the markets in front of our building, full of fragrant strawberries in May and juicy watermelons in August.

I think of elders chatting in the yard under the cherry tree, and us teenagers catching the final glimpses of summer.

My imagination also floats to my adult life: the cozy apartment that Renee and I made our home.

I also see us playing with our cuddly shar-pei, Teddy, and getting ready for work, which meant the world to us.

I think about our parents and our community – I think about these things with love. But then I remember that we left everything and everyone behind.

An overwhelming feeling of shame encircles me: shame for leaving, and shame for surviving.

Shame is paralysing. We fought but did not win. We could not stand it until the end. We were strong, but became weak. We ran away.

When I get asked “Where are you from?”, I also remember a different story of home.

Unlike the majority of people who were forcibly displaced, and fled because of armed conflicts, and who may long for their homes, I was banished, exiled, evicted, rejected and betrayed for being an unworthy citizen: for being a woman, a queer and a human rights activist.

My home has given up on me. I was not worthy to be protected. Is that the home I should want to go back to?

During our last year in the country, we ran workshops on human rights for the law enforcement body.

One of the police officers said about gay people: “I would take a gun and shoot them all.”

I responded: “I’ll be the first then.”

It has stuck with me how the man’s face did not show even the slightest sign of repentance.

Several years later, in Australia, someone who knew us relatively well introduced us by saying, “This is Tina and Renee. They are refugees.”

There was no mention of anything else about us. Our bodies now mattered as long as our suffering was available for public consumption. We were not deemed worthy in any other regard.

There are two expectations of you when you are from a refugee background. The first is that you perform your refugee identity for people in a particular way – in other words, as a victim.

The second is that you are keen to tell your story over and over again. The more tragic details you disclose, the better you perform your refugee identity, in the public’s view.

You become an object of voyeuristic fascination. Your story is just another one that makes someone feel lucky to be born in Australia. There is no justice attached to it.

When Renee produced her social art project, Stories About Hope, which aimed to portray people from refugee backgrounds through the prism of dignity and strength, initially it did not gain much attention. When you are not portrayed through a lens of victimhood and vulnerability, the absence of your suffering invalidates your experience.

For some people, strength is not worthy of attention.

At an event in support of refugees, a humanitarian aid worker said a last name hyphenated with ‘Smith’ would imply marriage to an Australian and increase our chances of finding a job.

Again, our queer bodies only seem to matter when they fit into heterosexist, reproductive narratives.

Despite extraordinary progress in achieving equality and inclusion, social discourses on what is considered ‘normal’ still abound in Australia.

Queer is not normal outside Newtown or Fitzroy – “your friend” is how my partner is referred to, more times than I can count.

Refugee is not normal outside Sydney or Melbourne metro. Imagine when you are both refugee and queer.

I’ve never been someone people could easily define, or fit into a box. Even before coming to Australia, people would always assume we were not local to our town.

Back then, we would take that with pride, because it meant that we were forward-thinking.

Now, the depravation of locality in Australia has pushed us into a non-existing place.

For me, there are two key things to feeling at home: safety and belonging. But the more I think about them, the more idealised they become.

Jean Améry, an Auschwitz survivor, had been living in Belgium in exile for nearly 30 years. He stopped speaking his mothertongue in an attempt to ease the pain of betrayal, and yet never felt at home again.

In her book, An Archive of Feelings, feminist theorist Ann Cvetkovich quotes a queer immigrant, who has experienced no forced displacement, yet states: “I will remain a partial stranger anywhere and everywhere.”

Anthropologist Didier Fassin claims that to be a refugee means to be missing simultaneously from ‘there’ and ‘here’.

In order for me to belong ‘here’, I must detach myself from ‘there’, which is idealistic in itself, with the constant “Where are you from?” questions.

For me to feel at home, I need to have a community where I am safe, and where I belong. 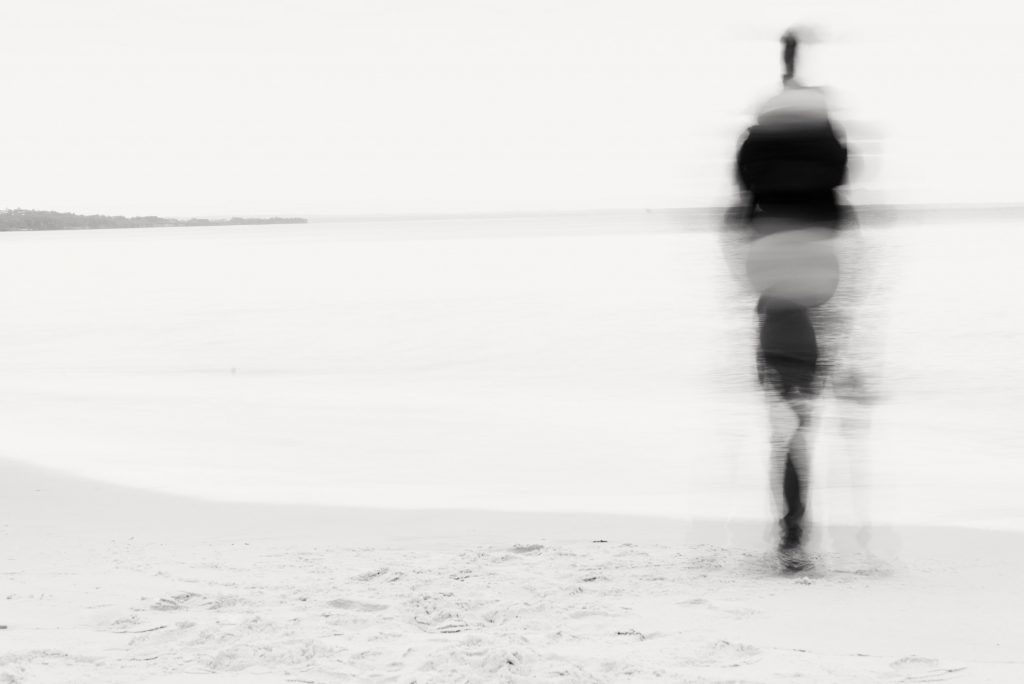 Queer community is not ready to embrace me – I am the ‘other’, with too much of a heavy load to understand.

For a refugee community, I am a too-sensitive topic, a taboo. My ethnic community is my lost home that won’t ever be recovered.

I need to dismantle this illusion of absolute safety. Women and queers are never safe.

We who sought safety here are not safe from judgement or exclusion. Our home will not ever be perfect again. It is a site of fight and struggle.

These are the axioms that we must accept. By taking a risk of engaging with our never-perfect homes and their conflicts, I can open up more ways to reclaim them.

Even when the space is narrow, I will always try to create more room for myself to move.

Using the word ‘us’ is a part of feeling at home. My ‘us’ starts with Renee, but it could include more.

‘Us’ can include you, when you stop asking me where I come from, and accept with no judgement that I come from Newtown.

‘Us’ can include you, when you stop forcing me to tell my story of trauma for your entertainment, and accept that I have a survival story that aims to make you feel rage, and a thirst for justice.

I am reclaiming my new home by wearing an Aboriginal flag T-shirt on 26 January; by being socially and politically active; by reducing my ecological footprint; by buying from farmers and not corporations; and by getting a coffee in my Keep Cup, instead of a paper one.

I am reclaiming my home by using my experience as a unique source of knowledge, to empower other women.

I will continue to reclaim my home, finding other ways to express gratitude and leave my trace.

I am learning how to be at home, in exile.

Tina Dixson comes from a human-rights background, having worked in the areas of LGBTIQ, refugee and women’s rights. In 2011, she drafted and presented the Shadow Report at the UN in Geneva for human rights violations of homosexual, bisexual and transgender women. Tina is currently working on the Queer Sisterhood Project, a peer support for queer refugee women in Australia. You can read more and donate to the project here.

This article was originally published in Archer Magazine #8, the ‘SPACES’ issue. SUBSCRIBE TO ARCHER MAGAZINE