My hair isn’t straight, and neither am I 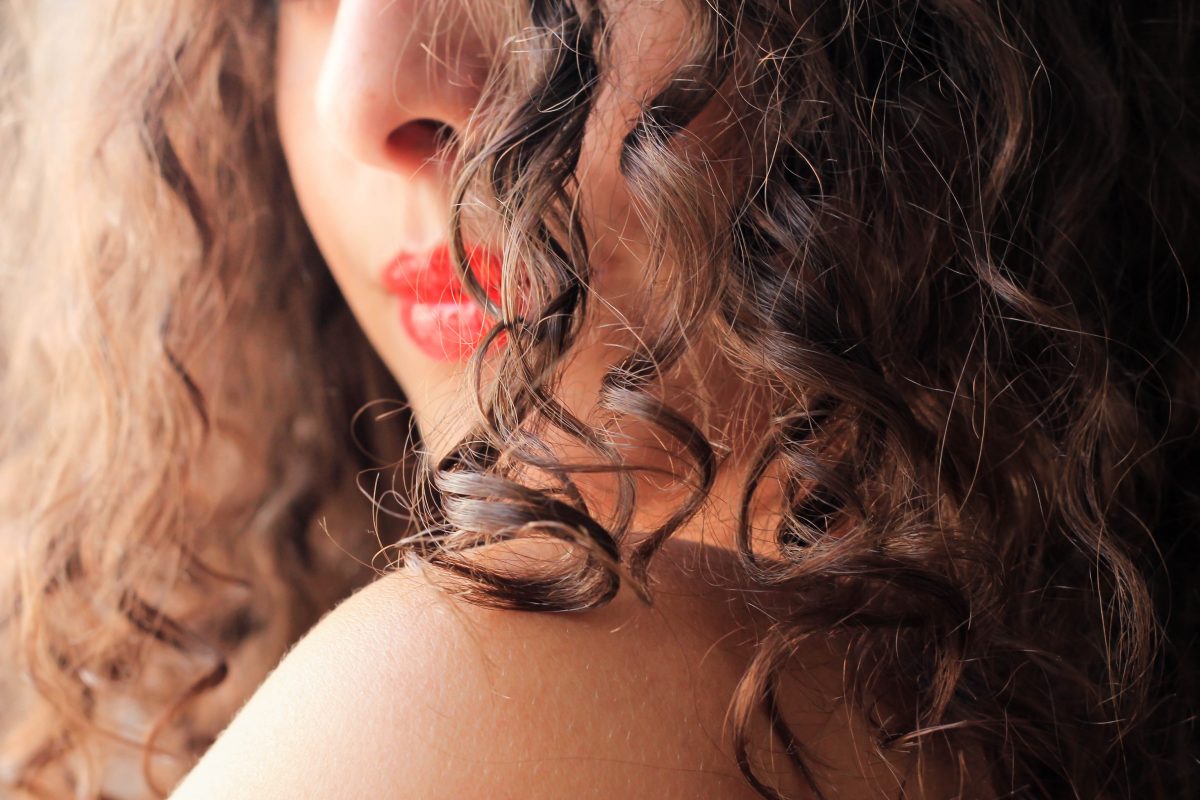 The name is Wakim. That’s Wak-eem, not Whack-em.

My childhood was filled with tabouli and hummus, and punishment was a smack with the wooden spoon.

I’m Lebanese, and my features show it.

The thick, curly hair on my head is what most people first notice about me. This hair was a catalyst for breakdowns in my formative years. When a ‘popular’ girl in primary school obnoxiously expressed that ‘curly hair is disgusting’, my response was to brush my hair.

Turns out brushing curly hair makes it frizzy, enlarged and angry. My parents didn’t believe in hair straighteners, so brushing seemed like the only way out. It was a tear-inducing exercise that started every morning and ended every night. I resented the genes that caused the mayhem that sat upon my head.

Embracing the curls and the heritage came at about the same time: after high school, when ‘cool’ was less synonymous with ‘basic white girl’. I realised the world is large, humans are diverse, and there is a multiplicity when it comes to defining beauty.

I started to wear my Lebanese heritage on my sleeve. I have been known to introduce myself with a hearty handshake and the opening line, ‘I’m Michelle, and I’m a member of the Lebanese community’. I realised it was an honour to belong to a community who understood how culture constructed you and your understanding of the world.

Alongside this belonging, I constructed a future for myself that followed the narrative of ‘Lebanese woman meets Lebanese man’.

When this day would come, my future husband and I would date with marriage being the specific end goal. Our parents would already know and respect each other. He would own a small business and I would help with the business and be a homemaker. We would have beautiful, fashionably-dressed, bilingual children with dark features.

I strived to fulfill this narrative as I felt it was a guaranteed way to sustain my heritage and acceptance within our cultural centre.

But this was never meant to be my truth. As it turned out, my curly hair isn’t the only part of me that will never be straight.

Two years ago, I met a woman and I fell in love. I felt the contentment I thought I would find with the ‘Lebanese man’ character. I stumbled across a portion of my identity that broke the world open. This portion was something I felt I had to hide from my cultural place of belonging.

I did this because half of my life exists in a migrant community built around a catholic church. While I don’t believe in all catholic practices, so much of who I am emerged out of this cultural incubator and letting it all go isn’t an option for me.

Many of the youth in my community face cultural and identity conflicts; like me, they trudge through the complexities of diversity. They feel their heritage, their history and their identity under threat as our community is no longer dominated by first-generation Lebanese.

This world, as it currently stands, has little regard for the ‘in-between’. It is a world of binaries, dichotomies and polarisations, which pressures individuals to pick a ‘side’ – a distinct identity.

Those who chose their heritage cling tightly to cultural and religious traditions. If these practices are air-tight, culture is preserved, identities are clear cut, and the moral boundaries of a community are controlled and protected. Belonging is far easier to find in this tradition, but progressiveness is far harder to come by.

Those who chose the alternative, their sexuality, are subtly yet swiftly phased out. In person, they are quietly excluded, but loud and relentless gossip is what drives individuals out of family homes, out of the community, out of the state.

In my reluctancy to pick a side, I have lived a ‘double life’. Although some people are sympathetic, Australians who have never had to overcome cultural conflicts have, at times, been insensitive. The ‘coming out’ advice, which is often unsolicited, is, ‘You’re an adult, so do whatever you want – who cares!’, a ‘fuck them’ mentality which I have never been able to play into.

I get the sentiment, but the people who give this advice don’t get me.

My name carries a history of migration, hardship and sacrifice that often feels too large and noble to challenge, even if I feel no shame in the person I am.

My name links me with a cultural pride that extends beyond individuals.

My name ties me down with representation and obligation to the people who identify as Lebanese alongside me.

I love my name, in every mispronounced version of it.

I love my name attached to my writing.

My name is attached to this piece of writing. This is a first, a ‘coming out’ artifact, if you will.

There has been no ‘fuck them’ moment. There has been no big announcement or brave revelation. It’s been a gentle and quiet journey here. My parents know by implication but are yet to acknowledge it. This will come.

A version of me feels guilty for lying to those around me; this version tells me that I owe those I deceived an explanation and an apology. Then, another version of me chimes in with a bold, loud reminder that I had to lie about love to continue living the life I knew, and that is not worth an apology.

I do not want to dismiss my cultural diversity in place of my sexuality. This trade-off has been an impending fear. But, after years of contemplation, I chose to write this now as I believe there is a place for people like me.

My grandparents and parents migrated to Australia for a better life; they were brave and unorthodox and risked their sense of belonging. They led the way and redefined what it was to be Lebanese. My story may not be so different.

The name is Wakim. There is still tabouli and hummus, but less of the wooden spoon. My hair is big and curly. I’m queer. I remain Lebanese.

Michelle is in her final year of Journalism and Professional Writing at the University of South Australia. While writing is her greatest passion, Michelle is also an Uno enthusiast, a lover of hot beverages, and is her happiest reading by the beach.