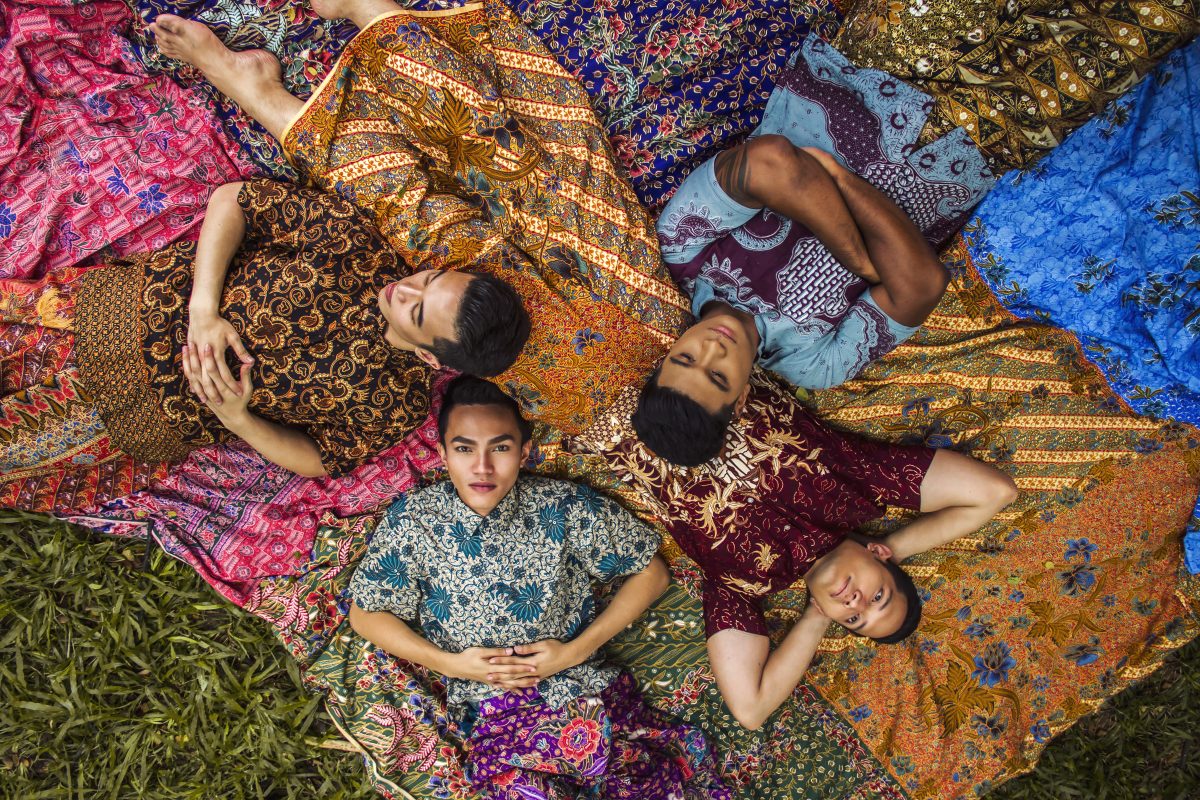 Daniel Adams is a conceptual portrait photographer who explores gender, identity and cultural norms. In his work, he delves in to the use of social and political ideologies, and through it, hopes to start discussion among his audience. Along with these subjects, Adams also looks for the unusual and the not-your-everyday, aiming to recreate the surreal images in his head. Having moved back home to Malaysia after studying photography for three years in England, he’s learning a lot more about his own culture and its traditions – something he wants to investigate further through photography.

Daniel Adams: After finishing my studies at Falmouth University in England, I decided to move back home to Kuala Lumpur in Malaysia. I wanted to create a body of work that really embraced Malaysians.

I had found the Batik fabric at a corner shop, and it sparked a memory of when I was researching for one of my university projects – seeing this image of an African woman in her traditional fabric headwrap. I wanted to play on that aesthetic but add my own take and style to it with Batik fabrics, which are native to many South-East Asian countries and is especially a large part of Malaysian culture.

The way the Batik is tied onto each individual is rooted in tradition, like what you may see in the villages of Malaysia. I wanted to incorporate the traditional and the modern together: traditional clothes and patterns with the modern Malaysian. 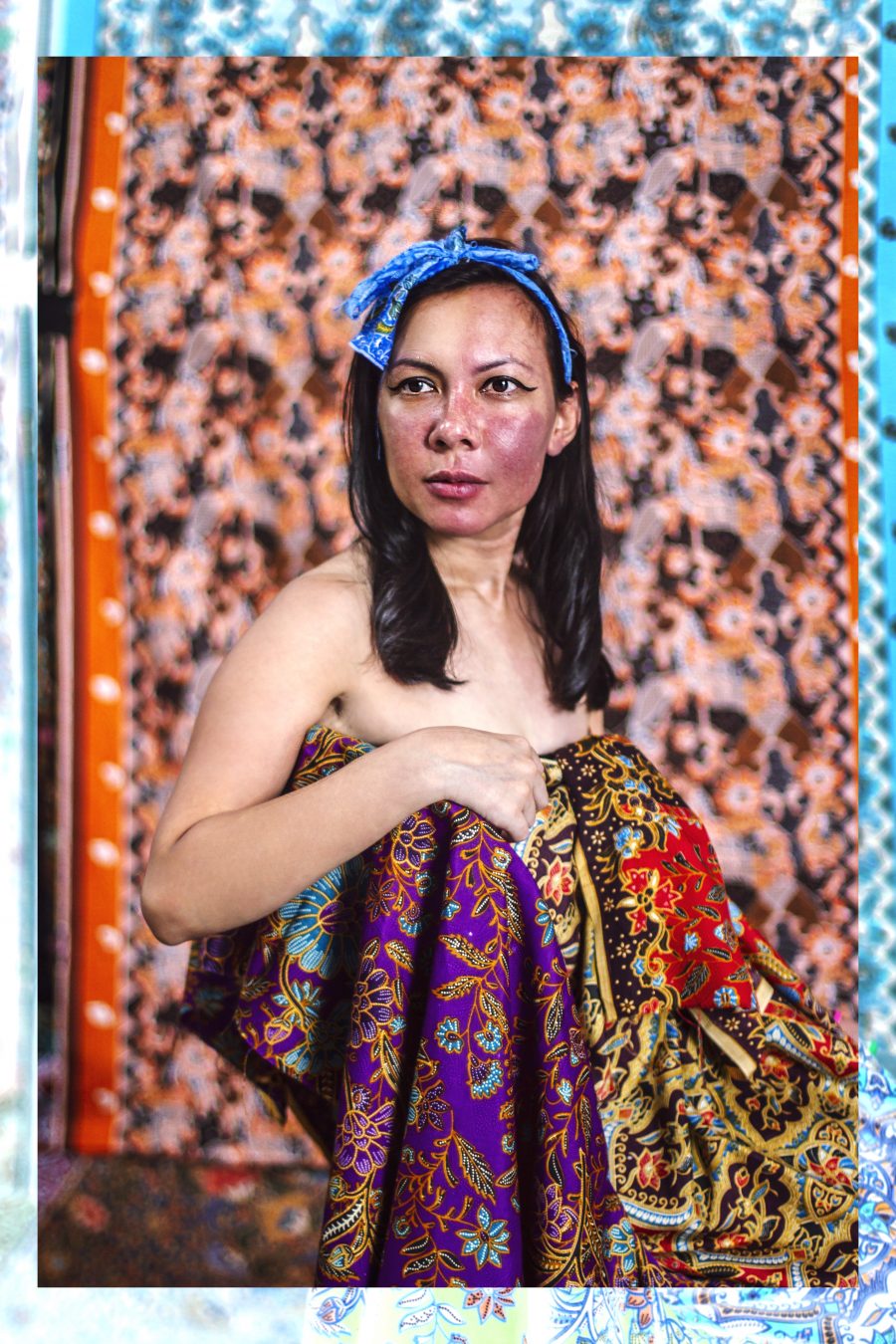 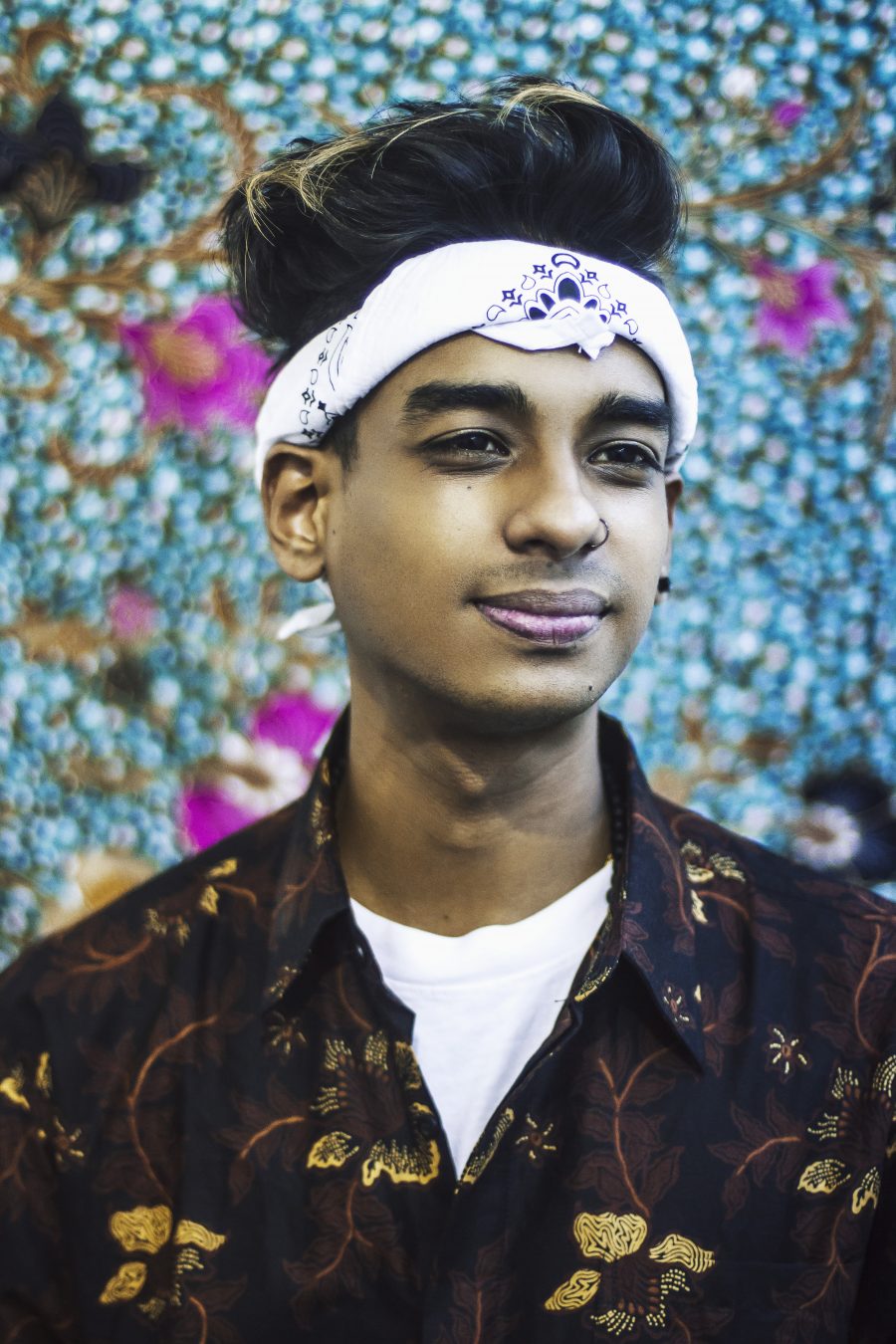 AD: What conversations, dynamics or memories informed the way you put this series together?

DA: Creating The Batik Series was a special experience. I got to in­teract with and photograph over 200 individuals.

The series actually started in my condo’s car park, where I photographed women in Batik wraparounds. I shot my friends at first, but then I put out an Instagram story and received so many requests to shoot someone’s portrait. It then evolved into a test shoot with just men, and that was a completely different dynamic – the styling was different, the posing was different and the feel was different – but also extremely interesting to explore.

From there, it expanded into bringing the series to one of the biggest festivals in Malaysia, the Good Vibes Festival, where I photographed 130 people in Batik over a span of 12 hours. I shot local and international artists – like Petit Biscuit, alt-J and What So Not – backstage wearing Batik.

I also collaborated with a local organisation, True Complexion, to shoot differently abled and unique individuals in Batik. The fact that I was able to showcase diversity and representation through this project was so incredible; the number of Malaysians who reached out to me to be a part of this project – people from all walks of life, different backgrounds, body sizes, skin tones and sexualities – was the highlight. 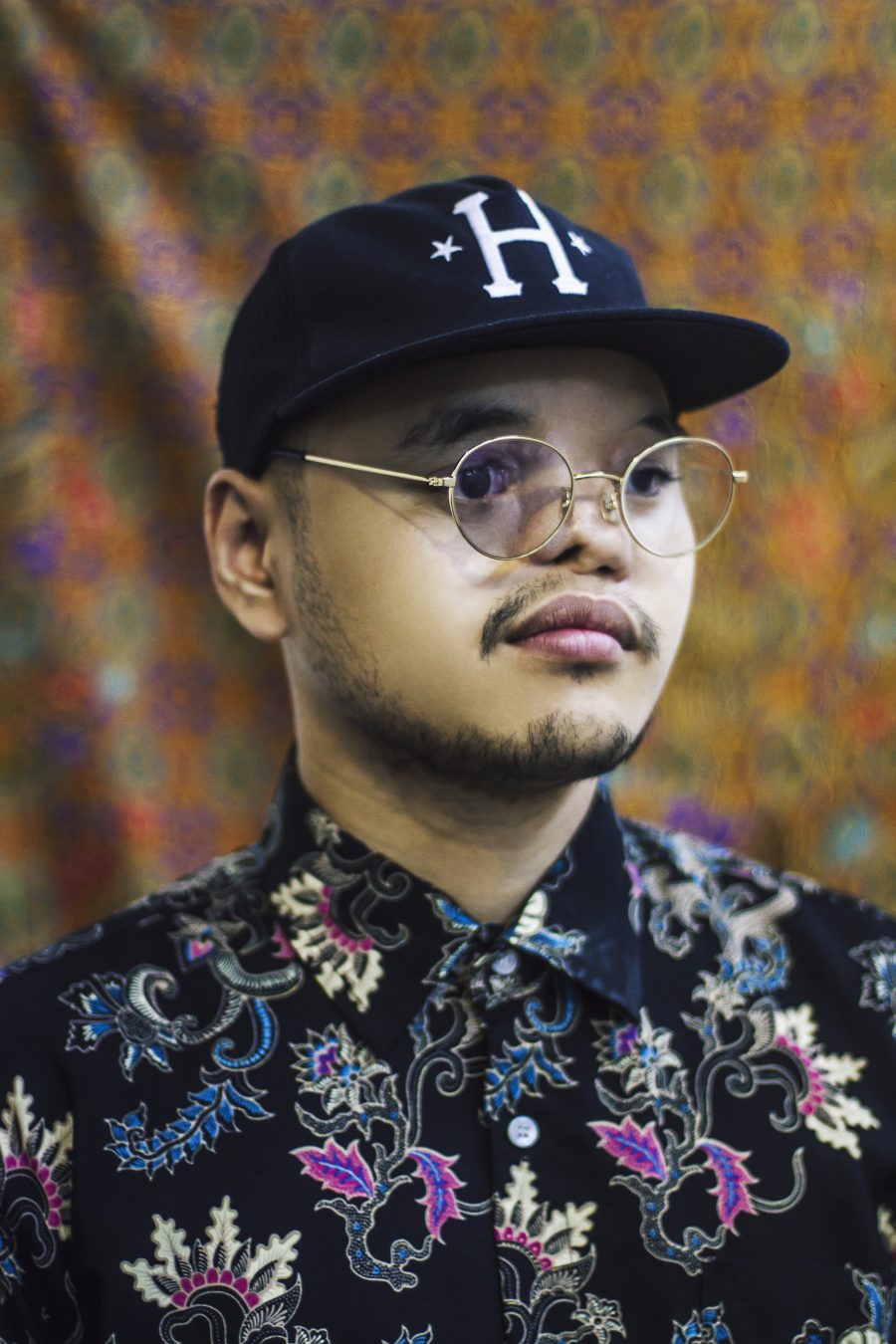 AD: What was it like studying in England as a photographer from Malaysia?

DA: I’m half-British and half–Chinese Malaysian, and I was born and raised in Malaysia, so coming to the UK was a sort of culture shock for me. I wasn’t able to relate to everything and had to adapt to a different way of living.

Being a Malaysian photographer allowed me to bring my culture into my work. I got to link my Malaysian side and my British side together, which created a rather interesting narrative. Not only that, I was also able to educate people in the UK about what happens in Malaysia and my culture through my work. 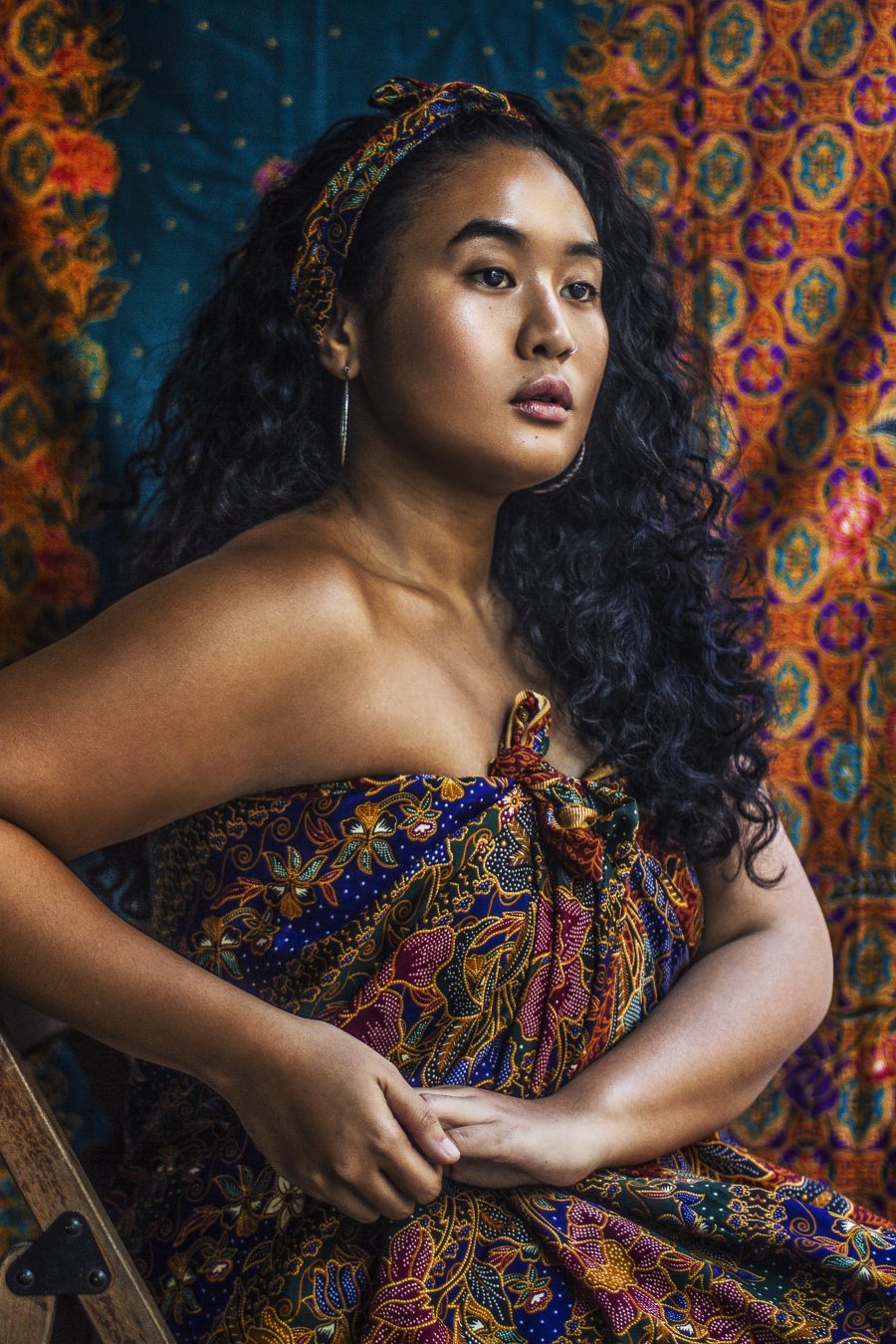 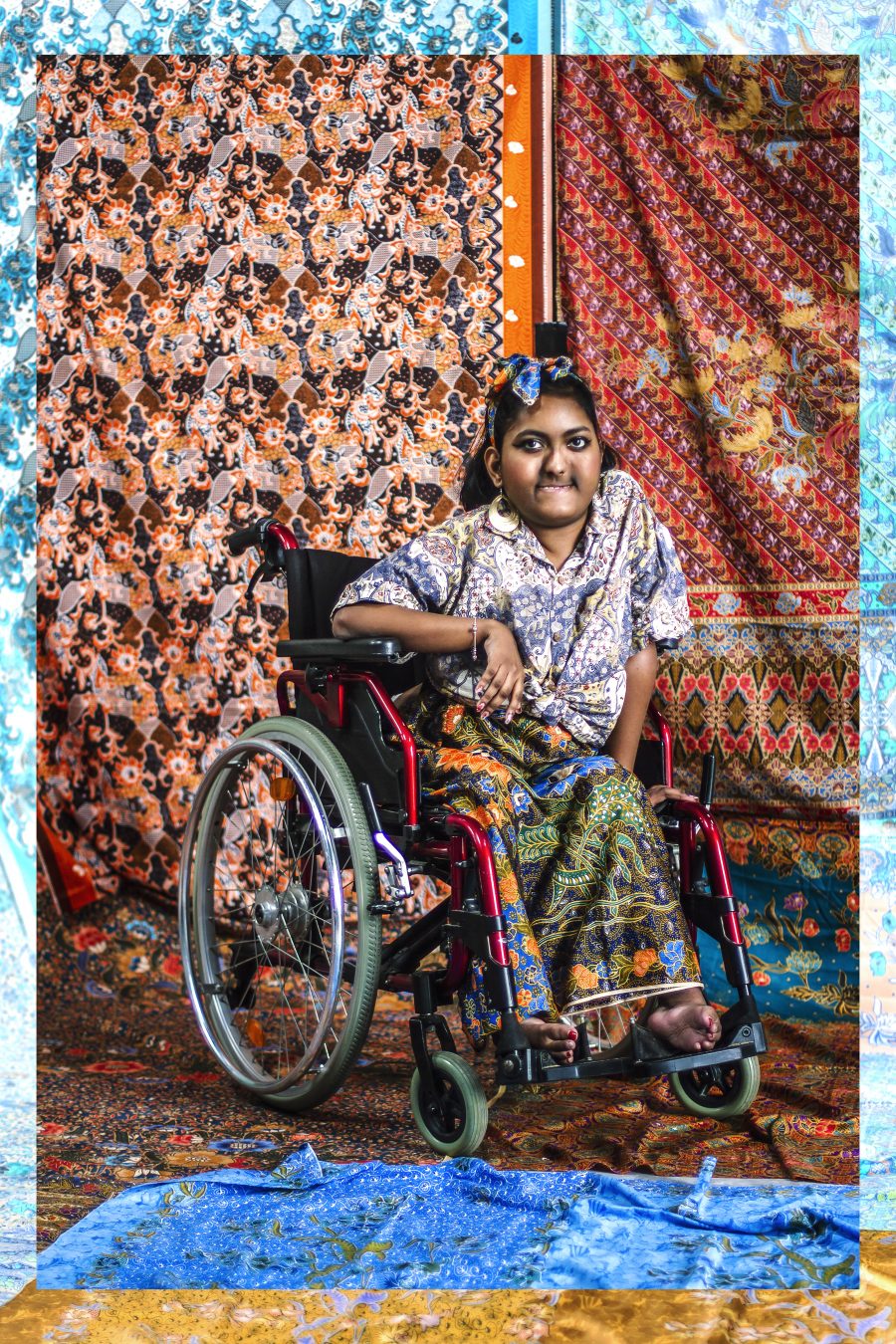 AD: Despite media culture seeing more and better depictions of people with diverse bodies, varying skin tones and physical disabilities, it’s clear that we still have a long way to go, particularly in fashion photography and beauty portraiture. Why is it important that we address this?

DA: Worldwide, there is still a huge lack of representation; however, in my opinion, it is definitely getting better, slowly but surely. We’re seeing more people of colour on TV, on billboards, in music, and it makes me so happy.

If I were to speak about representation in the Malaysian industry, I would probably say the same: there is definitely awareness of body positivity and a movement in the right direction. An example would include Nalisa Alia Amin opening for Kuala Lumpur Fashion Week in 2018 as one of its first plus-size models.

Despite this, there are still obvious problems in our representation. Differently abled individuals are practically invisible, and dark-skinned models are also rarely in the media, even though a large portion of the Malaysian population consists of darker-skinned Indians and Malays. Adverts and campaigns promoting our traditional costumes use Westernised and white individuals, but this really doesn’t make any sense to me, as these traditional costumes are aimed at locals and are part of our culture.

To me, it’s important to help create diversity and equal representation because it’s something that’s close to home. When I go into H&M or Zara and only see white models on the walls, that becomes the ideal of beauty that many individuals aspire to. 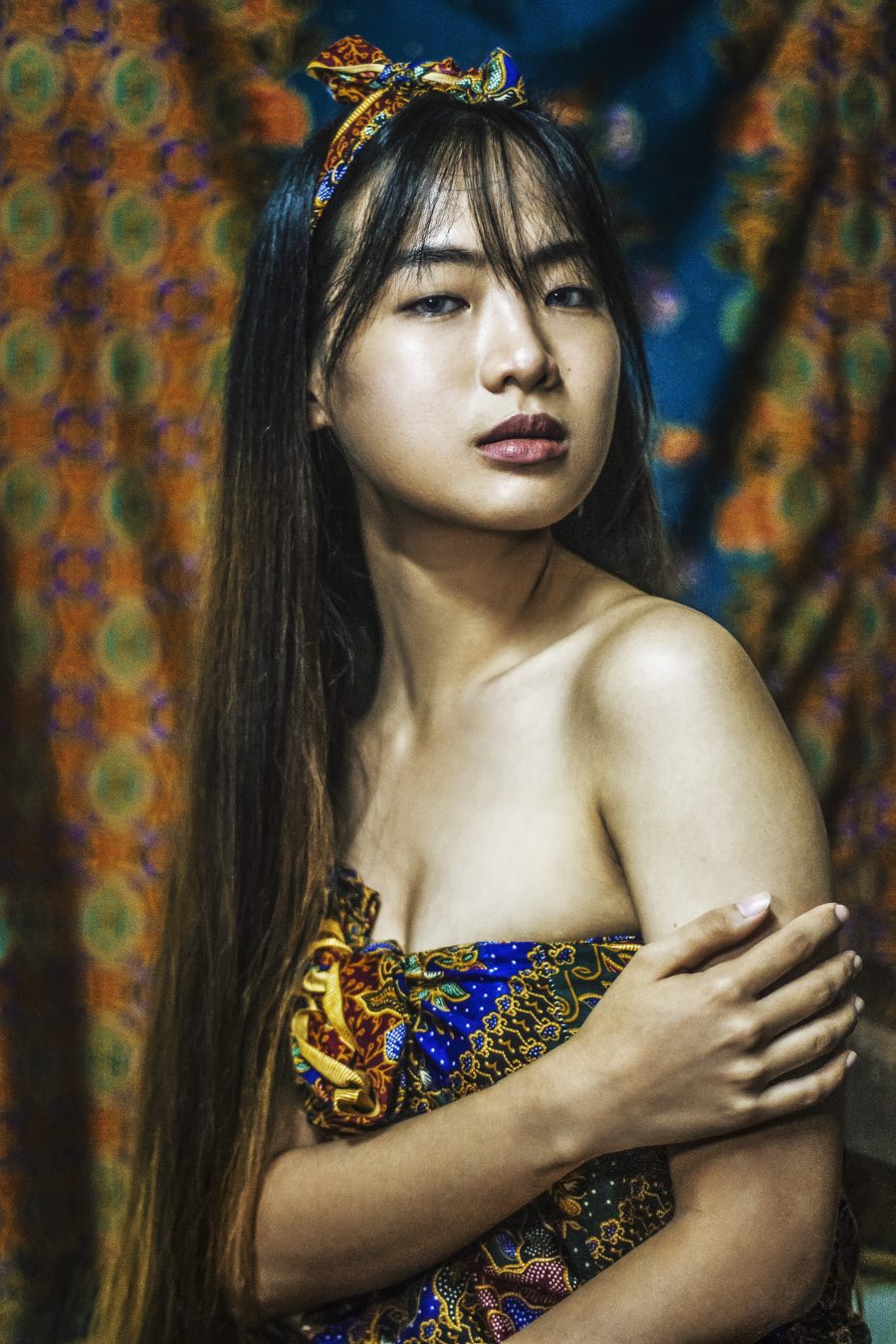 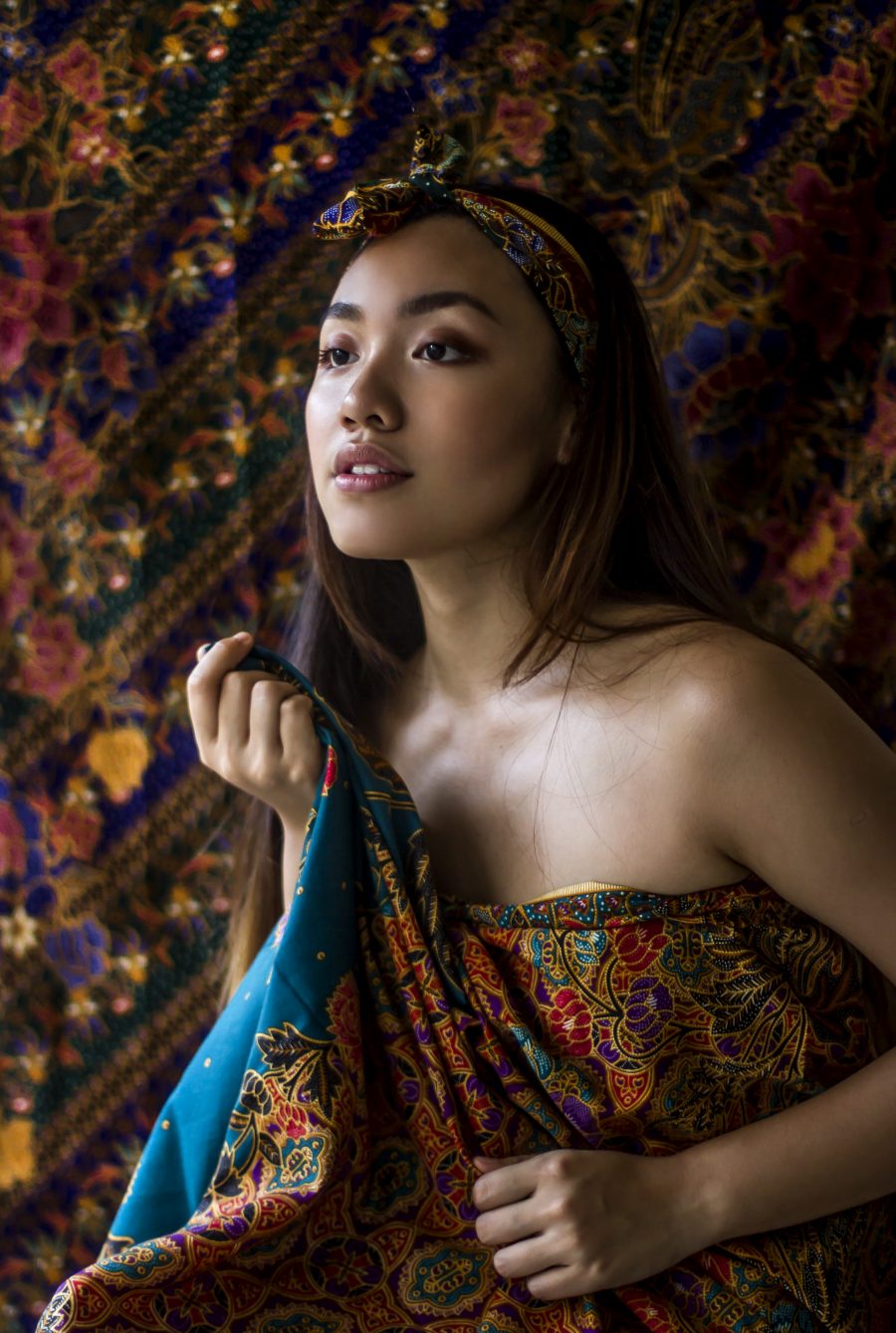 AD: The current political landscape in Malaysia is largely hostile towards LGBT individuals, and there are legal consequences for speaking out or being queer. Was this forefront of your mind when you were exploring gender and identity in your work?

DA: I am fed up with this aspect of the Malaysian political landscape. Day after day, I find myself reading about conversion therapy and how the LGBT community are riddled with disease and sickness.

To be told over and over and over again that you are wrong, that you don’t belong, that you’re sick and have a disease just because you like the same gender… The amount of mental and psychological stress and pressure that the LGBT community have to go through, time and time again, just isn’t humane.

Exploring gender and identity in my work has been freeing. There are so many beautiful and talented individuals who are a part of this community. I tell myself that if I don’t put effort into exploring these topics and lives, and providing a platform even if it’s a small one, who else is going to? 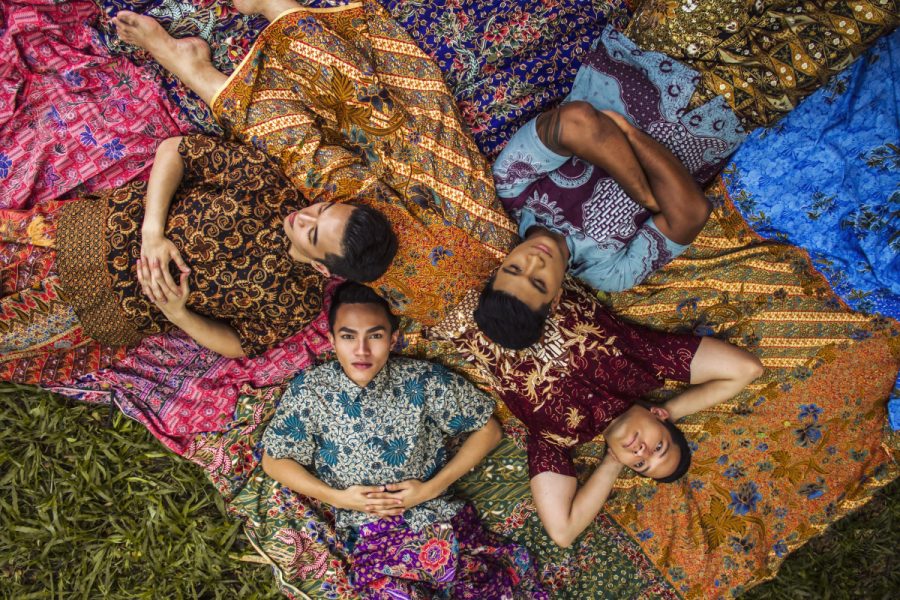 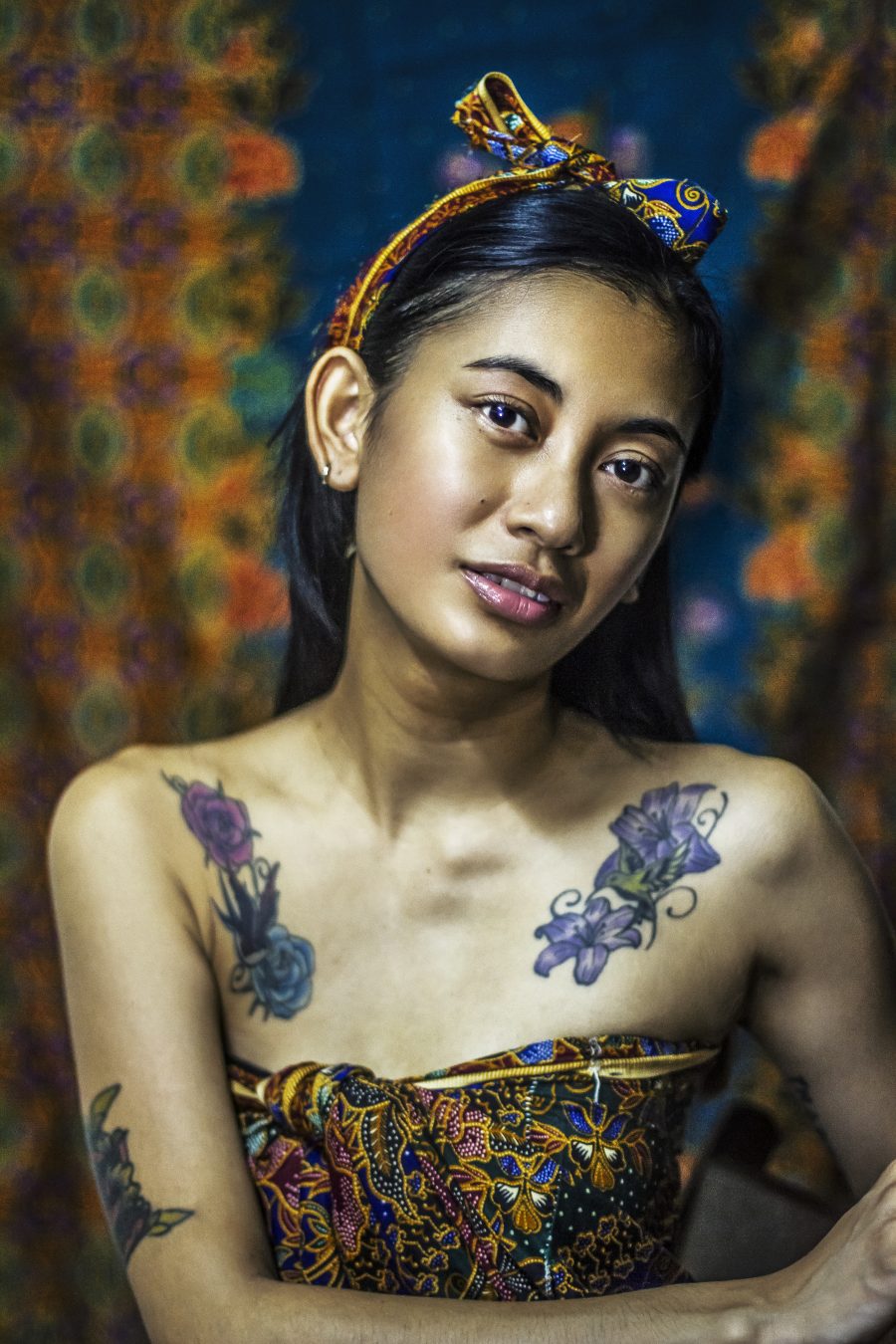 AD: What are you working on at the moment?

DA: I am working on several projects. I am just about to finish a yearlong collaboration with an amazing make-up artist and friend, Mandy Leigh, on a project dedicated to my late mother, Grace Adams.

My mum passed away two years ago, and I decided to create a project about the emotions I felt when she passed. Not only did it allow me to express myself without having to speak about it, but it allowed me to compartmentalise my thoughts as well. I’ll be exhibiting these at a solo show mid-year, and auctioning them off to raise money for Cancer Research Malaysia.

Apart from this, I’m working with another talented photographer, Catherhea, on a project that showcases dark skin in Malaysia, as well as three other projects on the LGBT community – one about LGBT discrimination, one about the transgender community and another about the drag scene in Kuala Lumpur. I want my work to make an impact, to help people see from a different perspective.

I want my work to be able to show people that everyone is equal and everyone deserves equal rights. I want my work to start important discussions and to encourage people to speak about things that would otherwise be behind closed doors. 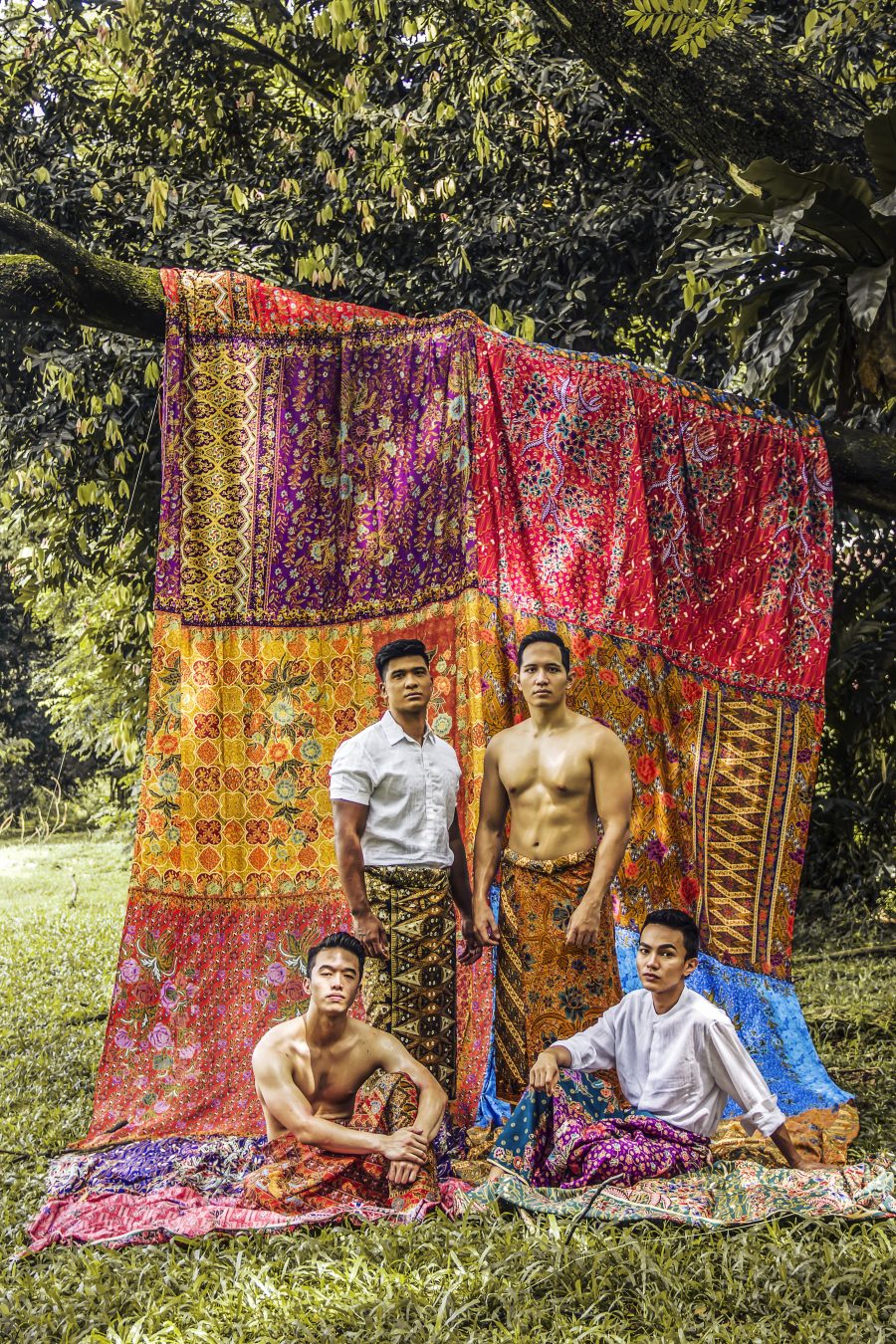 This article first appeared in Archer Magazine #12, the PLAY issue