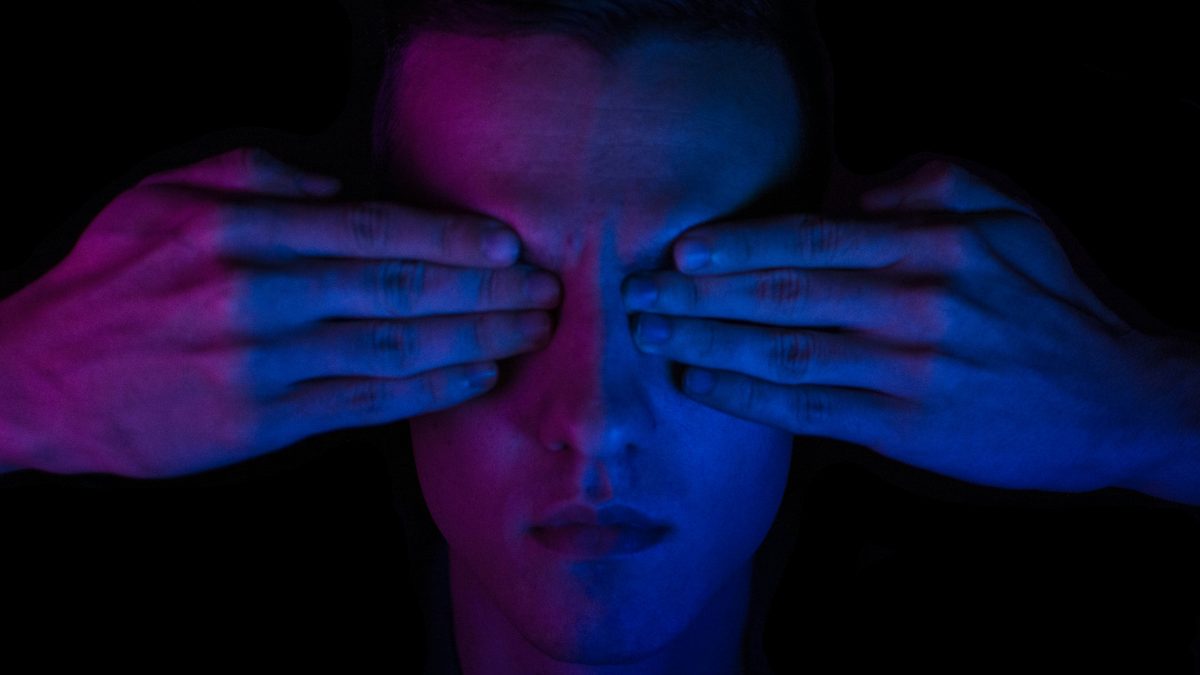 I was standing on the balcony of Bondi Golf Club at a straight wedding, a glass of champagne in my hand. My girlfriend at the time was introducing me to a number of her friends who I hadn’t yet met throughout our year-long relationship.

One friend, Anna, was telling us a story of a recent fling she almost had on a work trip to the US. It was with a stable hand, at an equestrian facility in Texas where she worked. He was a tanned, square-jawed cowboy who liked to work with his shirt off, sweat glistening on his golden skin.

My girlfriend asked Anna if she and the stable hand had hooked up. Anna replied that one night got quite hot and heavy but that, moments before going for it, he disclosed to her he had been sleeping with another cowboy. She instantly broke it off, citing a headache to “get the hell out of there”.

This led Anna into a lengthy explanation as to why she could not possibly fuck this person knowing that he had slept with another man, using words like “disgusting” and “dirty” and saying he must be gay. My girlfriend nodded along, making the ‘appropriate’ responses like “gross”, “eww”, “yuck” – all the while pretending that she didn’t know I had slept with several men before we got together.

In that moment, I felt sick to my stomach. I felt invisible.

This is just one of many uncomfortable moments I have had to endure as a bisexual man. Experiences like this have led me to scrutinise my sexuality to ensure that it is valid, that it is real. I have forced myself to ignore the many damaging stereotypes that have been casually flung at me over the years.

That’s why, when I read a new study co-authored by psychologist J. Michael Bailey and The American Institute of Bisexuality titled ‘Robust Evidence for Male Bisexuality’, I bristled with incredulity.

Why spend considerable amounts of time and resources ‘verifying’ the (il)legitimacy of non-heterosexual sexualities? Is there a study proving the existence of heterosexuality? Were the self-proclamations of men like me not enough? Was I not enough?

For some context, in 2005, the same psychologist was among a team of researchers who authored an article titled ‘Sexual Arousal Patterns in Bisexual Men’. It painted bisexual men as cowardly homosexuals unable to face the truth of their homosexuality. These men were seen to be hiding under the protective cover of bisexuality – as if its perceived closeness to heterosexuality somehow made it more acceptable than being gay.

This study went on to influence a New York Times article called ‘Gay, Straight or Lying? Bisexuality Revisited’, perpetuating the stigma surrounding male bisexuality that had gained considerable traction during the 80s and 90s. Throughout this period, bisexual men were portrayed in the media as an existential threat to heterosexual women, and this representation continued as a spectre in shows like Sex and the City and as an absence in shows like Queer as Folk.

Now, in 2020, Bailey’s collaboration with The American Institute of Bisexuality is designed to deliver a more comprehensive study, which again sets out to ‘scientifically’ verify the existence of male bisexuality.  What’s interesting about the revisited study is that it appears to be a correction of the previous work, calling into question the sample size and the data analysis technique used to prop up the original hypothesis that male bisexuality does not exist.

Unfortunately, the new study does nothing to challenge the problematic nature of how the researchers constitute measurable sexual attraction.

In their attempts to verify male bisexuality, both studies used a process called ‘penile plethysmography’. The cisgender male participant is sat down in a plain room, a strain gauge is placed around his penis, and he is exposed to a combination of various video stimuli.

This sounds an awful lot like a reductively heteronormative portrayal of sexuality to me. Centring the cisgender male body excludes bisexual trans men as male subjects worth including in the study, whilst also completely erasing all trans and gender-diverse folk as desirable with the pornography selection. Not only that, but the all-too-common trope of bisexuality being limited to the gender binary is reinforced.

After reading through the history of J. Michael Bailey’s work, it is clear to me that it is framed around some pretty strong heteronormative beliefs. In fact, in both studies, up to 25% of participants had no measurable response, highlighting the limitations in the scientific process.

Both studies also found a degree of measurable response in heterosexual participants to homosexual pornography. But instead of this being seen as verification of male bisexuality (not that I feel this is required), it was ignored, and an interesting line of inquiry was lost because it did not fit with the limitations of the hypothesis that suggests sexuality must conform to rigid specifications.

A similar study was also proposed for cisgender females, with an equivalent physical measure of arousal, but this ran into problems when it was realised that almost all women were physiologically aroused by both male and female stimuli and as such the work was not published. This was only briefly mentioned in the new study despite potentially offering another thread of inquiry that could deepen the understanding of the complex nature of bisexuality and sexuality more broadly.

This begs the question: why the aversion to male bisexuality? Do we present a threat to hegemonic masculinity and therefore must be delegitimised? Are we ‘proof’ of the fluid nature of sexuality, which would undermine the domination of heteronormativity in our society? Or is this just an extension of homophobia?

Maybe I wouldn’t have had to endure so many uncomfortable moments where my sexuality was erased, even by people I loved. Maybe I could have spent less time awkwardly smiling over a glass of champagne, trying to suppress pangs of shame, and spent more time just being happy with my bisexuality.