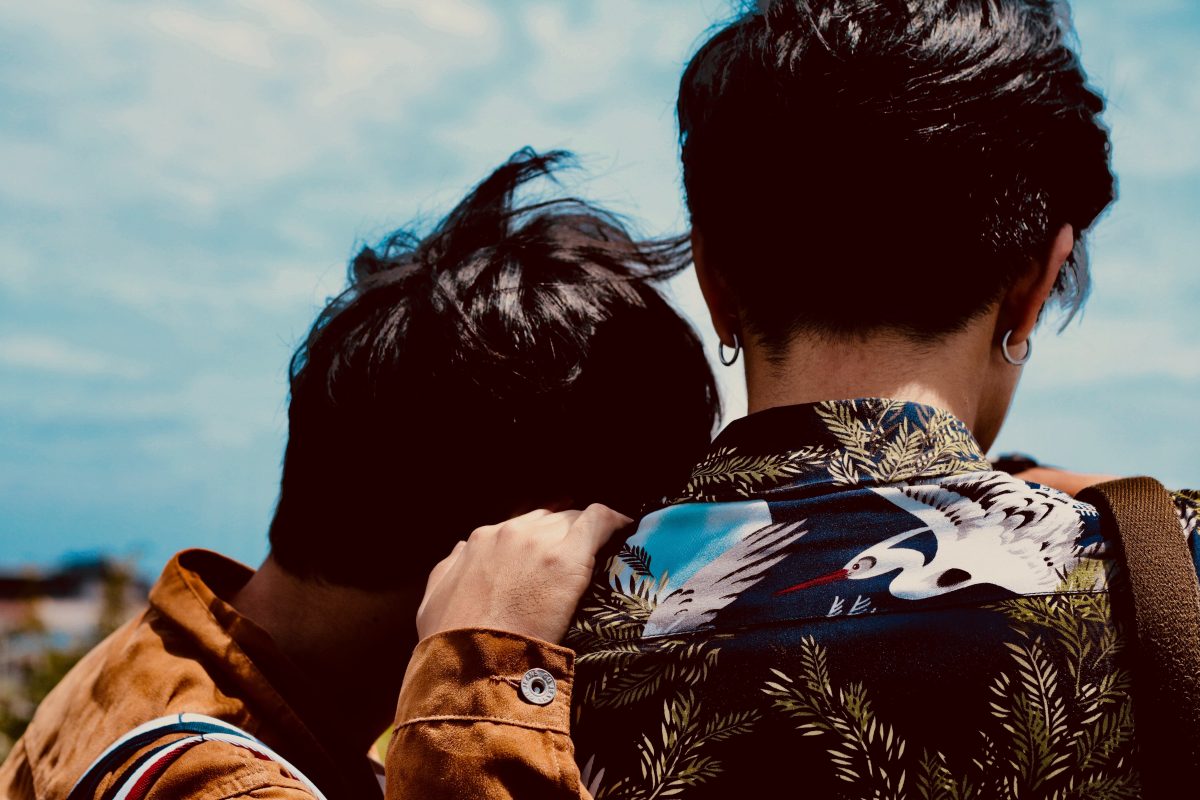 I had a sex dream last November. Nothing unusual for me, but this one was about a workmate. A male workmate.

As someone who has staunchly identified as having no interest in cis straight men for a long time, I was incredibly confused.

Obviously I know that dreams aren’t reality and just because I had a sex dream about someone doesn’t mean I want to bone them. But I was curious to find out if this was just a dream or if I was developing an interest in cis straight men again.

The next day, I got to work and within seconds of him walking in the door, realised, yep, I had a raging crush on my co-worker.

Because I didn’t want to sleep with someone I work with, I decided (in the most Virgo way possible) to conduct a little social experiment for myself. I knew couldn’t remove feelings from the equation, so I decided I was going to be clear about what I was looking for with men – casual, but respectful interactions.

I didn’t want a relationship with a cis man, but I did want to like and get along with those I chose to sleep with.

My first date with a cis straight man was in January where we went out for a drink.

It was a pretty typical first date and he was cute and nice enough, but I just didn’t feel any attraction to him. I said goodnight and he dove in for a kiss.

I am naturally somewhat assertive and can be even more so in a sexual situation, so I directed him on how to kiss me. I didn’t want to sleep with him and told him so, but I was open to receiving oral sex. I stopped him halfway through, told him I still wasn’t feeling it, and he stopped.

We hooked up one more time after that, because I had to see if it was me or him, and, unfortunately, it still wasn’t happening for me.

After that, I thought the experiment was going to be a very short-lived one and I would go back to exclusively dating other queers again, safe in my bubble of not having to explain what being queer is and what it means to me. Safe in being open and honest about sex and sexuality without having it be read as a come on.

I haven’t gone back to exclusively dating other queers yet and I am still not entirely sure why I haven’t.

I’ve slept with a few cis straight men since that first time and I have always been very clear in my expectations and communication around my experimenting. I have been upfront that while I care for a lot of cis straight men, I don’t really tend to develop emotions or attachments to them like I do with other queer people.

Some men balk, and that’s totally okay; participating in a sexual social experiment and having someone be very forthright in their expectations isn’t for everyone.

During the experiment, I met most of the men on dating sites.

Previously, I had only dated and slept with other queers on these sites and wasn’t prepared for what it’s like to be a woman interested in dating cis straight men on them. I am not easily shocked, but some of the messages I received offended me.

My queer bubble is very big on consent and communication, and something I have found with sleeping and talking to cis straight men is that communication is not a common thing.

Talking about contraception and when you last had a sexual health test also seems to be an uncommon occurrence.

I had decided early on, if I was going to be sleeping around, I was going to do it in a responsible and ethical way. Getting tested and using contraception was the best way to go about it.

Perhaps naively, I was shocked by the amount of cis straight men I spoke to who hadn’t even entertained the thought.

The experiment with cis straight men has stopped since the rise of COVID-19 and stay at home orders.

The one man I am still sleeping with is a queer man. After this experience, I don’t know that I will ever go back to sleeping with cis straight men again.

Together, we discussed contraception, consent and expectations right off the bat. He constantly checks in to see if I am still okay and if we can keep going. I don’t have romantic feelings towards him and I don’t believe I ever will, but I like and respect him. I judge myself a little less sleeping with him than when I was sleeping with cis straight men.

When I was sleeping with them, I wasn’t sure I liked myself very much. I found myself conforming to the typical societal expectations of a cis woman and judging myself and my body much more harshly than I ever had when I was with other queers.

But, I don’t regret the decisions I have made, or the men I have slept with.  It may sound cliché, but each man I slept with during this time has taught me something about myself and what I do and don’t like sexually. Those lessons are valuable for me.

I won’t completely rule out dating straight men again, but I do know I feel best about myself, my body and my sexuality when I am dating other queer people.

This experiment has really reiterated for me how grateful I am to my queer family, friends and partners for how safe, respected and loved they have always made me feel.

Sonya is a queer writer transplant from Brisbane to Melbourne. Her cat and her are very happy with the weather here and will never, ever leave.