Parenting and sexuality: The time my son found my FetLife profile 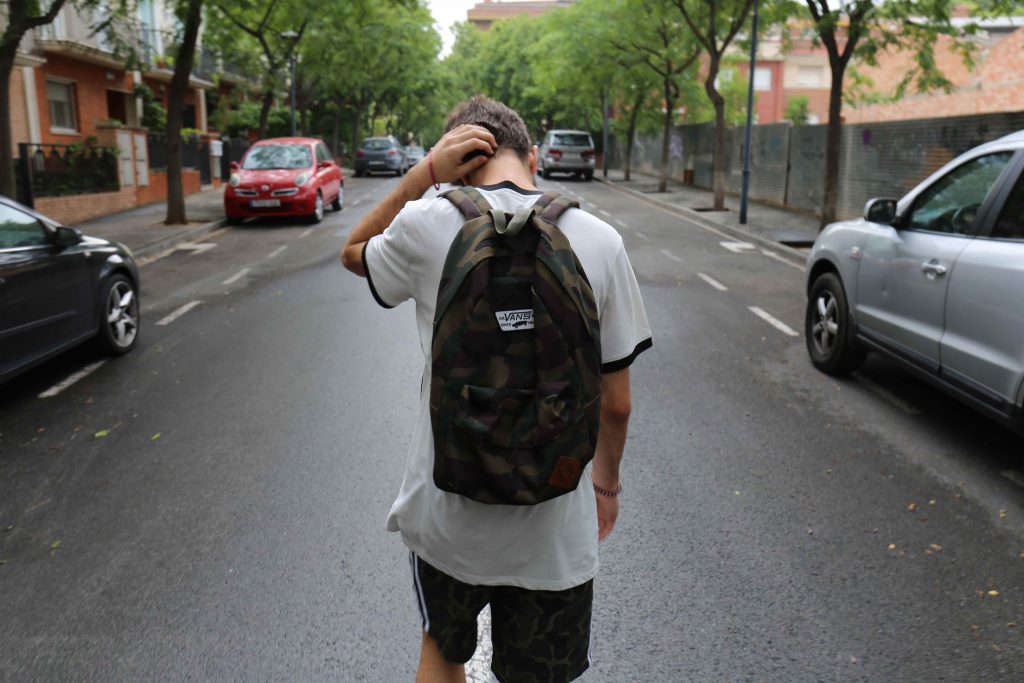 Parenting is the ultimate headfuck.  Nothing strips you as bare, nor finds you as wanting. You want to get it so right, and yet you are so goddamned imperfect.

I had no idea where I would be standing in a short 15 years’ time. And where was that?

In front of my computer, aghast, reading my own FetLife profile that professed my penchant for everything from group sex to urophilia.

It also stated that I was in a polyamorous relationship with my wife of several years and my girlfriend of several months at that time – and my teenager had just read it all.

It was a little more open than I was aiming for.  I had friends that didn’t know/wouldn’t comprehend this side of me.  My son, like most children, was still struggling with the idea that I shagged my wife when he was in the house… and now this.

He confessed to ‘accidentally’ reading it seconds before hopping out of the car to go to soccer training.  I now had 90 minutes to get my shit together and come up with a plausible rationale that didn’t cast me as the female version of Hugh Hefner.

From the moment he began inquiring, I began educating.  I usually answered his questions in an age-appropriate manner, trying not to over-answer or over-simplify.  As he got older and his awareness grew, ‘sex’ began to drift into our lexicon.

I started having conversations with other parents, with friends, with school mums, about sex education and our children.  95% of it horrified me.  One of my best friends, who happens to love sex, said “No way am I talking about sex with my 11-year-old, why would I want to ruin her?”

Another response: “They’re not young for long enough, let them be children!”

I found myself thinking, whose innocence are we really protecting here?  Who’s kidding who?  And who loses out in the process?

I decided not to start covering up my body as he became a teen, because uncomfortable as I felt about my own nakedness, I wanted him to see what real women looked like. I showed him my prized book of vaginas, a beautiful anthology of women’s cunts and their stories about them – I wanted him to see the untouched, non-digitalised reality of women.

These conversations were only difficult for the first 30 seconds. The more we talked about sex, the easier it got. From an early age, even being a shy child, he began instigating these discussions, because my openness and willingness to discuss it gave him permission to.

He began to relay back incidents, such as perceiving that a friend was indulging in sexual behaviour that wasn’t really consensual, because she was too afraid to say no. I felt euphoric and confident that my son had ‘got it’, and had something of a road map for his own heterosexual, heteronormative leanings.

However, now that he’d read my FetLife profile, I figured it really was the last part of the conversation, the nitty gritty, the final fig leaf (for me). When that 90 minutes was up and I’d finished freaking out to my best friend, he got in the car, and I began to reframe the picture for him.

I explained the terms of my polyamorous relationship with my girlfriend, how my wife and I had negotiated these relationships long before they even happened and that we were all fully consenting, something he couldn’t quite wrap his head around yet.

I informed him that I got regular sexual health checks to make sure myself and my lovers were safe.  I talked about fetish, safe words, consensual play. We touched only lightly on kink as this, to him, was the worst and weirdest of it all, and he was not keen to have the subject illuminated by his weird-ass mother with her breastmilk fetish.

At the end of it all I asked him his opinion. He said the whole thing was weird, and I agreed.

He also said he thought polyamory was wrong. This was slightly harder to swallow, but I told him he was completely free to have his own opinion on the matter, so long as he was never disrespectful to me or my partners about it, and we left it at that.

And so it came to pass – that two separate and distinct sides of my identity crashed into each other, and I was still standing, albeit slightly wobbly, and in need of a stiff drink.