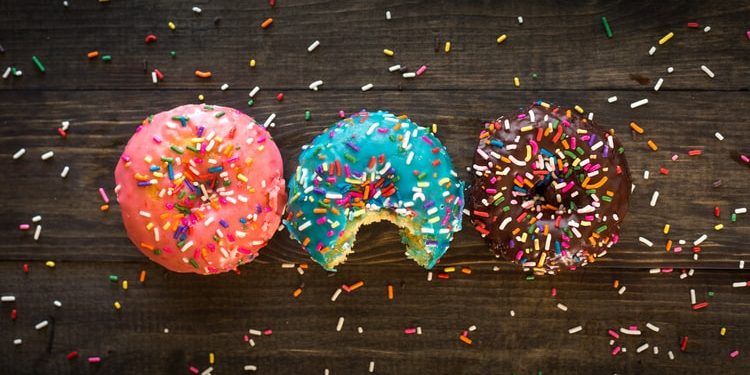 I started sugaring for the money. Living out of home and watching your bank account decrease with every bill is a tiring experience, and after a gut-wrenching and generally nauseating break-up, I decided it was time to change that.

Men my age were clearly incapable of giving me what I wanted, so I did what many women do after the age of eighteen: I created a profile on SeekingArrangement (SA) and began my search for a sugar daddy (SD).

Scrolling through male profiles, reading their bios and opening their messages – in which they promised to spend hundreds on me just for the pleasure of getting to know me – was thrilling. The idea of someone paying for my company made me both nervous and excited.

After a particularly rough morning seeing my ex post a photo with his new girlfriend, I decided to take SA seriously. That was how I met Claude.

He was short and slim, with clear blue eyes. He was also a classic narcissist who’d manipulate everything I said until I felt like there was no ground beneath me – but that came later.

On our first date, he was lovely. He gave me a gift – Honey Birdette lingerie – and he showed me his St Kilda apartment. The sex was pleasant, and afterwards he transferred $500 into my account.

This came to be a regular occurrence. I would go to his apartment, we would sleep together, and he would pay me. I found myself feeling addicted to being paid for sex, the gifts and the complete lifestyle change.

Sugaring became the highlight of life, a wild rush of adrenaline. I remember once taking an Uber to a man’s home at 9pm, wearing nothing but white lace lingerie underneath a silky blue coat: an outfit he’d purchased for me. I loved going on dates, unable to be single without someone in my orbit.

Yet as time progressed, things started to change. Claude started asking me to stay longer, to sleep over. He told me that $500 weekly was too much for him, and could he give me less?

He wasn’t the only SD displaying unhinged behaviour. None of them respected my boundaries. They felt entitled to my time, wanting to text every day, for me to be endlessly available for their beck and call, to send nudes, photos, sexts.

Worst of all, they all had problems which they unloaded on me. I’d come into the lifestyle to escape from my own problems – and suddenly I was playing therapist.

I was emotionally drained. It escalated to the point where I’d dread messages from anyone.

I practically disappeared from my friends, so caught up in my new world of lingerie, cash and men that I stopped checking in with them. I found it difficult to relate to their stories about their boyfriends showing up late when I was rapidly falling deep into the quicksand that is sugaring.

I was constantly irritable, barely sleeping and for the first time in years, having regular panic attacks. I felt isolated, exhausted and stressed.

Whilst I recognised the deterioration of my mental health and acknowledged its cause, leaving sugaring didn’t seem like an option. The only thing bringing me joy was the high I got from the money and attention I received.

One man proposed to me, another gave me a diamond bracelet. It felt completely removed from my real life. When I was with them, I was somebody else, an embodiment of their fantasies: not a real person. It was freeing.

It was only when Claude tried to remove the condom during sex that I realised the lifestyle I’d built was unsustainable.

That night, I thought: what just happened? What the fuck is going on in my life? I’d been spending so much time catering to men’s needs to the severe detriment of my own, and I realised I couldn’t do that anymore.

I started seeing a therapist, who helped me come to terms with the intense emotional manipulation and damage I’d experienced. She advised me to take a break, and I took her advice.

Since then, things have gotten better. The panic attacks have stopped, my friends welcomed me back with open arms, and I’m having fun, consensual sex with a man my age.

That’s not to say I’ll never return to sugaring – I probably will. But when I do, I’ll enter it with strong boundaries, the help of my friends and the knowledge that this time, I can stop when it becomes too much.

Katie is a Masters student at Monash University, specialising in human rights. She focuses on empowering women in all facets of her work and is currently working on a book about modern sugaring.